There will likely be a giant inflatable chicken dressed like Donald Trump at a protest on April 15th. 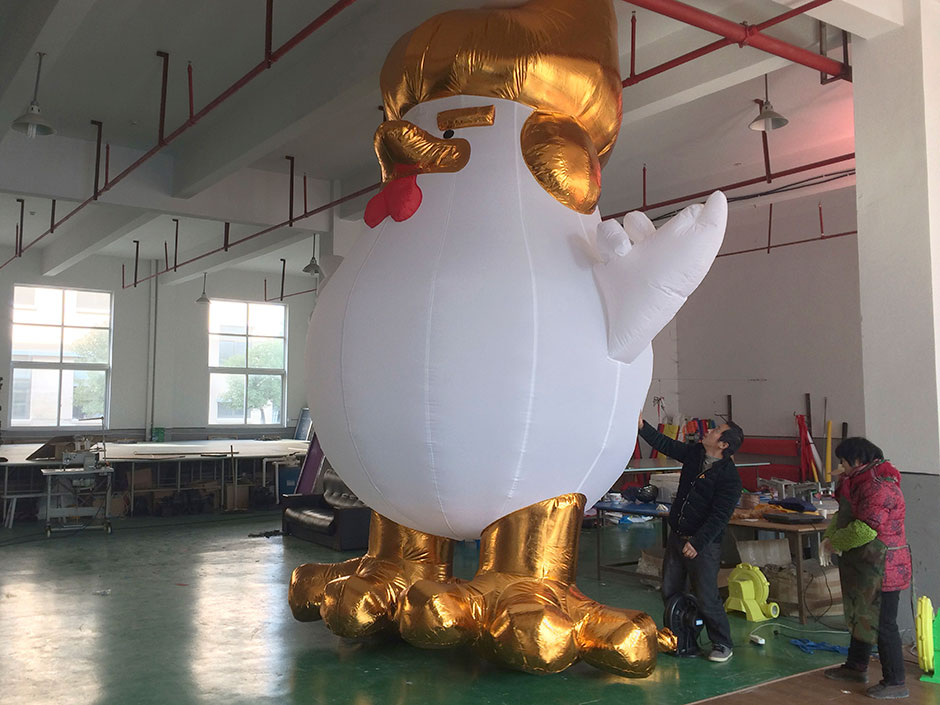 You’ll probably see the anti-Trump protest on Tax Day on the news next month. More than 3,000 people have RSVPed for it on Facebook, and the organizers say they’re going to have a pretty good visual: a giant chicken dressed to look like Donald Trump.

The April 15th protest is a nationwide effort, organized locally by Philadelphia Jobs with Justice. The protests will demand that Trump release his full tax returns, which many want to see to find out Trump’s financial entanglements with foreign governments.

Gwen Snyder, executive director of Philadelphia Jobs with Justice, told the Daily News she thought the Trump rooster was silly at first, but grew to appreciate the visual: “I’m not an expert on inflatable chickens, but we’re hoping it will fit in the back of a pickup truck.” The chicken will cost $400, funded by donations.

The Trump rooster first surfaced at a shopping mall in Taiyuan, a city in North China. It was originally commissioned as the mascot for the mall, but Trump-as-a-chicken has since been expanded to a number of other product lines. Capitalism!