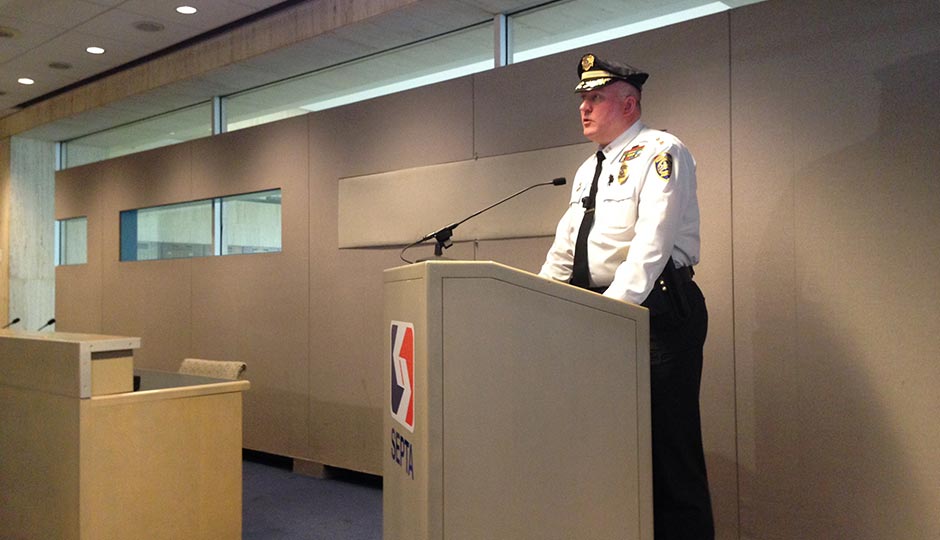 In effort to combat after-school violence, SEPTA officials will reportedly ride all trains in Philadelphia between 3 and 7 p.m.

The proposal comes on the same day that police announced the arrest of 10 teenagers allegedly involved a high-profile brawl at the Center City Race-Vine subway stop last week. In a video of the fight, several teens are seen violently kicking, punching and stomping other two teens.

“School dismissal time has become a period for youth violence,” SEPTA Police Chief Thomas Nestel III said during a news conference today at SEPTA’s Market Street headquarters, according to Philly.com. “We have kids causing pain and fear among other kids.”

Earlier this month, about 100 teens gathered in a Center City flash mob that ended with several arrests and an injured police officer. At the time, Nestel said SEPTA police see similar fights between youths “nearly every day.”

Yesterday, six teenage girls were arrested in West Philadelphia during a fight that ended with one girl lighting another girl’s hair on fire, Philly.com reports.