They were trying to take advantage of the free water ice promotion on Monday. 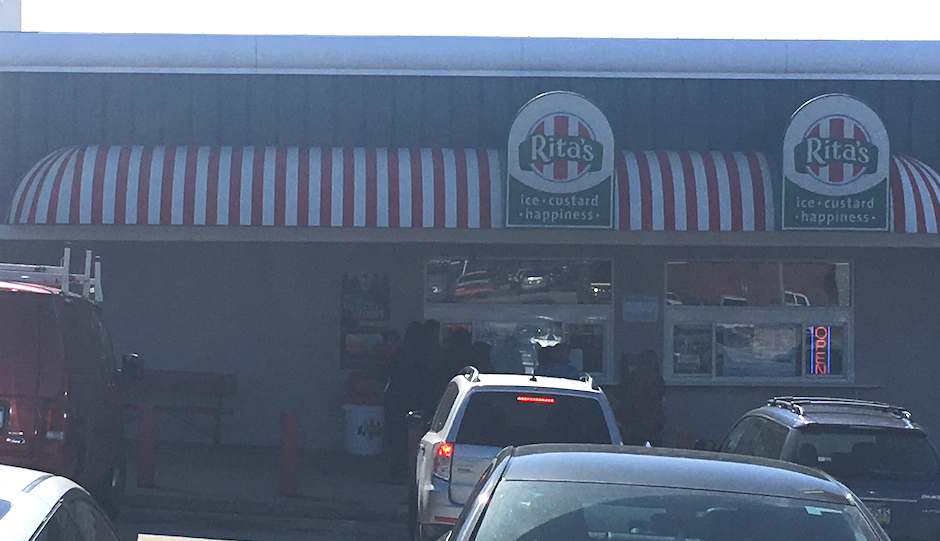 The two girls were approaching this Rita’s Water Ice in Philadelphia on Monday.

Monday was the first day of spring, and so, as has become an annual tradition, Rita’s locations all over were giving away free water ice. And around 3 p.m., after they had finished the school day in Lower Merion, two sisters from Wynnewood decided to take a walk to Rita’s on City Avenue in Philadelphia, literally across the street from Lower Merion Township.

As they approached the Rita’s parking lot, the girls, ages 13 and 15, encountered a group of 20 or so teenagers, says their father, who asked to remain anonymous.

The girls say that no words were exchanged but that three girls in the group became hostile and started attacking the two sisters. This was around 3:30 p.m. The girls say they were punched and kicked before it was all over, and one of the attackers took the one sister’s iPhone. After another person in the group made the attacker return the iPhone, the group fled.

The sisters were transported to the hospital, where they were both diagnosed with mild concussions.

“They’re going to be OK,” says their dad. “But the one is really scared.”

We asked him to ask his daughters why they thought that this happened to them.

“I think that it was just because they were Lower Merion girls and they were carrying iPhones,” he told us after speaking with one of the girls in the background. “I think they were probably just jealous.”

Shortly after the incident, Lower Merion Police picked up a suspect, but it turned out to be someone not involved in the attack. (Although the Rita’s is in Philadelphia, the attack actually occurred on the Lower Merion side of the street.) On Wednesday afternoon, Lower Merion Police told Philly Mag that they believe they have identified the perpetrators and that all are thought to be juveniles. No arrests have been made.

Anyone with information is asked to call the Lower Merion Police Department at 610-649-1000.