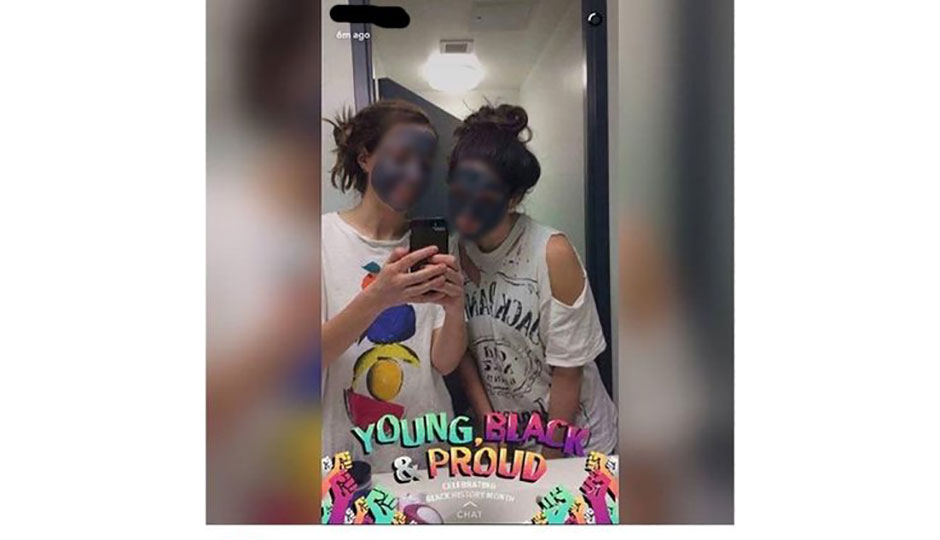 Millersville University says it is investigating after an image of what was said to be two Millersville students in blackface circulated yesterday on social media.

The image, which was framed with a a Snapchat filter for Black History Month, is shown above. It is purportedly two students at Millersville. Philly Voice reports Instagram user @veeno__ posted the image with the following caption: “I attend Millersville University which is a predominantly white institution. The fact that me and others are surrounded by people like this is disgusting.”

Millersville is located in Lancaster County, about 100 minutes from Philadelphia. The school’s president, John M. Anderson, addressed the incident in a statement:

Yesterday, a social media post circulated depicting racially insensitive images. I want to make clear that Millersville University does not support or condone this behavior.

Vice President Hazlett and his team have begun an investigation into the matter and students found responsible will be held accountable according to our judicial process. Additionally, the team will be working with our students to provide various levels of community support.

I’m counting on all of us to make Millersville University an inclusive learning environment that is free from hate.