Lourdes Ashley Hunter, a trans activist, is suing the D.C. Police Department for entering her house and arresting her without a warrant. 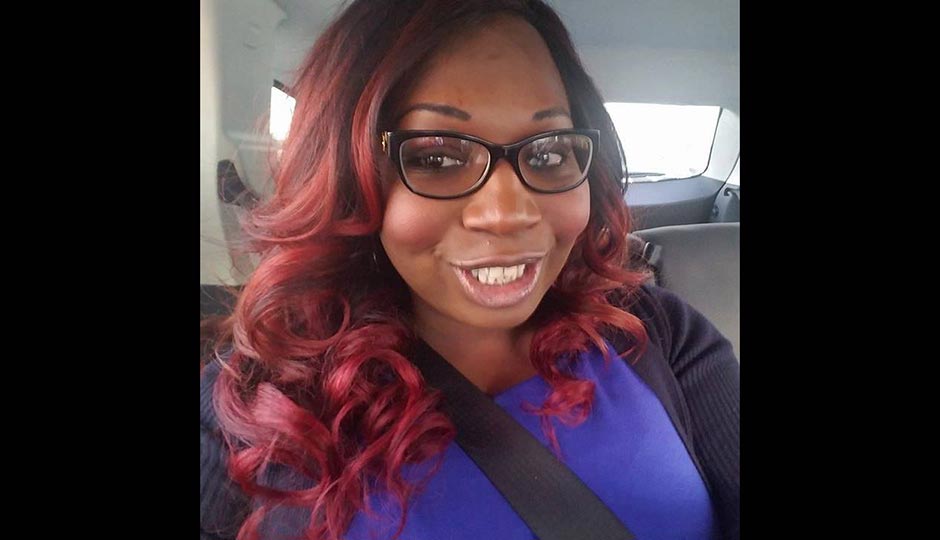 On Tuesday, the American Civil Liberties Union (ACLU) of D.C. announced a lawsuit against the D.C. Police Department over the alleged “illegal entry” of the home of Lourdes Ashley Hunter, the executive director and co-founder of the Trans Women of Color Collective.

The incident took place on November 16, 2016, when police arrested Hunter in a confrontation that was filmed on Facebook Live:

In a statement, the ACLU claims “the warrantless home entry and arrest violated the Fourth Amendment’s protections against unreasonable searches and seizures as well as a D.C. law prohibiting most warrantless arrests for alleged misdemeanors.”

G Philly spoke with Hunter about the process to getting her case taken up by the ACLU and next steps.

Tell us a little about yourself.
I have served as a transformative thought leader for grass-roots initiatives that work toward the socioeconomic growth and leadership development of communities disproportionately impacted by state sanctioned violence for over 20 years. I’m originally from Detroit, Michigan. I am the co-founder and executive director of Trans Women of Color Collective (TWOCC) based in Washington, D.C. TWOCC works to uplift the narratives, lived experiences, and leadership of trans and gender-nonconforming people of color while building toward the collective liberation of all oppressed people. I’ve earned a bachelor’s degree in social theory, structure and change with concentrations in race, class and gender studies from SUNY Empire State College and a Master of Public Administration from Rutgers University’s School of Public Affairs and Administration. I have attended the Philly Trans Health Conference for several years and last year served as the co-chair. I hosted the first-ever outdoor concert featuring all Black trans artists in downtown Philly last year.

In your own words, what happened the night of the incident in D.C.?
On November 16, 2016, we hosted a dinner party at our home as a pre-engagement to a White House briefing we organized happening the next day. The night was going well, and at about 8 p.m. I went to my room to get my lashes done. At about 8:15 p.m., I emerged from the room after hearing my roommate lamenting that she was verbally attacked by a neighbor who called her a liar and was speaking very aggressively toward her. She retired to the room, and my guests and myself continued to enjoy the evening as we prepared for the White House.

Around 10 p.m, we were beginning to wind down the evening as some of the guests had already left and others were preparing to depart. We heard a loud bang on my apartment door. As I opened it two individuals were on the other side, a woman and a man, both of whom I had never seen before. The woman stated she lived in a building beside my own and when I instructed her to stop banging on my door, she began yelling at me, in what was a racially charged tone, stating “I am so tired of you. I am tired of hearing you sing, laugh and talk. I am just sick of you.” I told her to stop yelling at me and to step away from my door, but she continued. I feared for my safety so I closed the door. Ignoring my request to be left in peace, she began to bang on my door again and so I opened it and yelled at her “get the hell away from my door.”. She began to scream while placing her hands in my face and trying to grab ahold of me. My guest pulled me into the house.

As I was calming down and shaking from the aggressive tone of the woman’s tone and actions, there was another knock at the door. This time there was at least 6 MPD officers surrounding the entrance to my apartment. The officers stated that they were responding to an assault complaint. I asked involving whom? The officers responded, “with you and your downstairs neighbor.” I stated that I did not assault anyone. One of my guests who was on her way out of the apartment spoke to the officers on my behalf and began to express that there was no assault, recounting to them what had happened. The officers ignored my guest’s statement and asked me again what happened, and I stated that I did not assault anyone. The officers then called for my neighbor who lives in my building in apartment 101. He was a gentleman. He came up the stairwell. I did not recognize him, nor have I ever engaged him in conversation or even simple pleasantries. The officers asked the man, “Who assaulted you?” and the man pointed at me (later I found out this was the same man who had verbally attacked my roommate).

Not comprehending why my neighbor would accuse me of something that had never happened, I informed the officers that I did not touch him, nor do I know him. I shared I have never engaged in conversation with this man. Fearing that they would do something physical to harm me because they didn’t believe me, I told them I would be closing my apartment door and instructed the officers to return with a warrant. My guest who offered a statement then grabbed her things to leave and when she opened the door, the officers entered my home. Terrified, I yelled that they cannot do this, that this was in fact against the law and was begging for them to let me go. My roommate emerged and tried to calm down the situation and speak to the officers but they wouldn’t listen to her. I kept asking “Why, why are you doing this to me? I didn’t assault anyone! Let me go! Why are you arresting me?” And they kept repeating for assault. They were yelling as my guest wailed for them to please stop and my roommate begged them to listen to her. I told them to call the police chief, and the mayor’s office. Then they threatened they would pepper-spray myself, my roommate and my guest. Afraid for us all, I was trembling, I felt helpless as they began the action of dragging me out of my home. I asked them to let me go. They told me to stop resisting. I said “I am not resisting and you have no right to be in my home.” My body felt battered and beaten and at this point could no longer wait for them to calm down. The officers dragged me out of my apartment.

I never received a phone call while in custody. I have sustained physical injuries to my right hand, arm and back.

What difficulties did you face getting legal support?
None. I put a “call to action” out on Facebook and the community responded.

How did you get in contact with the ACLU?
I emailed their Facebook page and attached the video from the incident and they contacted me to offer representation.

What’s next?
My legal team is moving forward with a lawsuit against the city and the police officers.

In light of the recent transgender murders being reported, what do you want the community at large to know?
I want the trans community, in particularly trans women of color and trans youth of color, to know that their lives matter, that they are loved and needed, and that their lives have tremendous value. It is critical that we know our rights and that we use our voice to tell our stories. I also want our community to know that they are not alone. When violence happens we must tell our stories, we must fight back, and there are organizations like Trans Women of Color Collective and the American Civil Liberties Union who will fight for our right to exist. My beloved trans siblings, fight for your life! Fight until your last breath! Tag-team, double-team, carry a ratchet, grab a brick, scream as loud as you can! Your life has tremendous value. Never forget those who have come before you — they have paved the way. Always remember the trans babies who will shine simply because your light has made the path just a little bit brighter. Live your life unapologetically and to its fullest. They cannot kill us all. I will always fight for you, no matter what. I will never give up, no matter what. Every breath you take is an act of revolution!