Supporters of Sen. Bernie Sanders this afternoon staged a protest march that stretched for six blocks along Broad Street to voice their dissatisfaction with the Democratic primary process on the eve of the Democratic National Convention.

The march from City Hall to the convention site featured an array of participants from various backgrounds. Anti-fracking activists, critics of the superdelegates, and others all had specific messages to deliver, but the one that they all wished to send was: No way are we voting for Hillary Clinton. 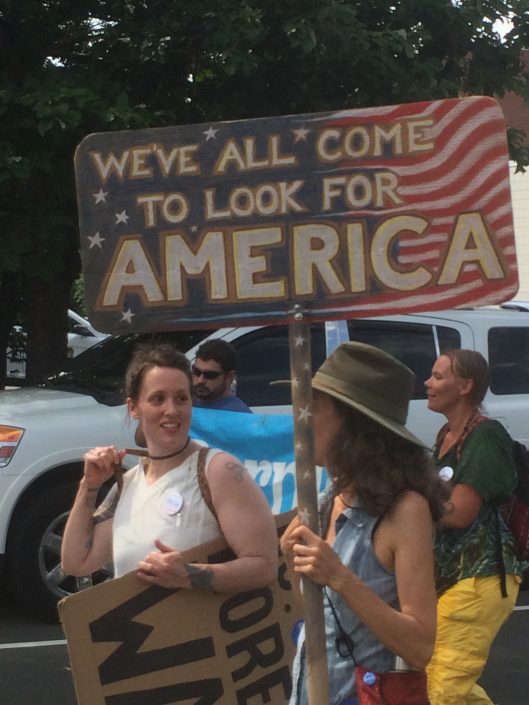 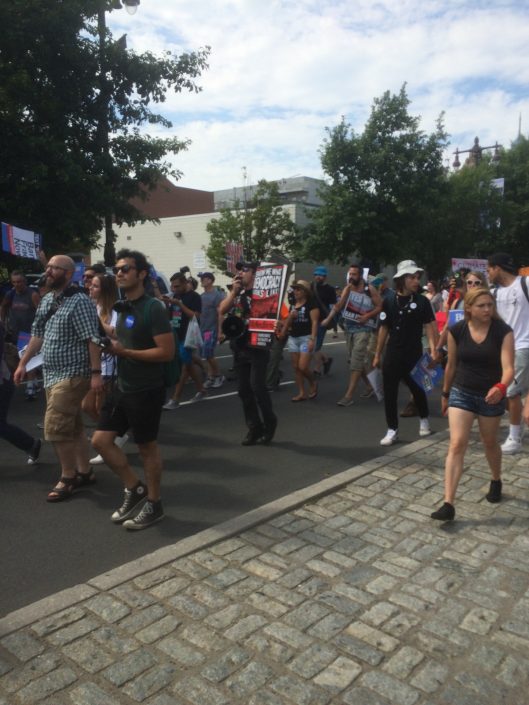 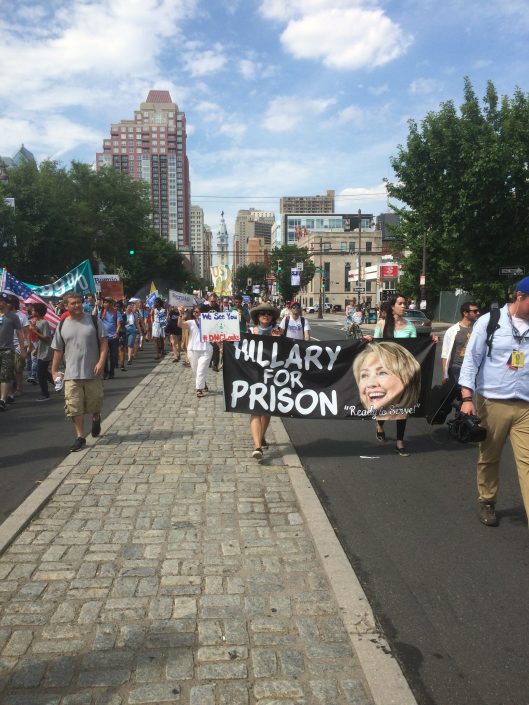 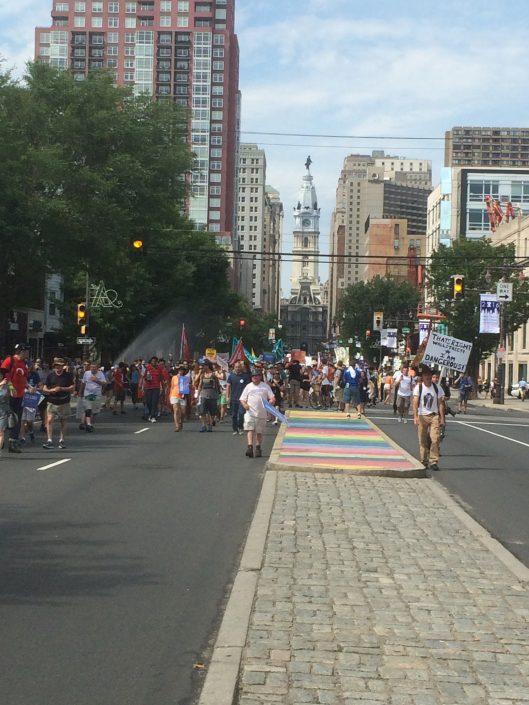 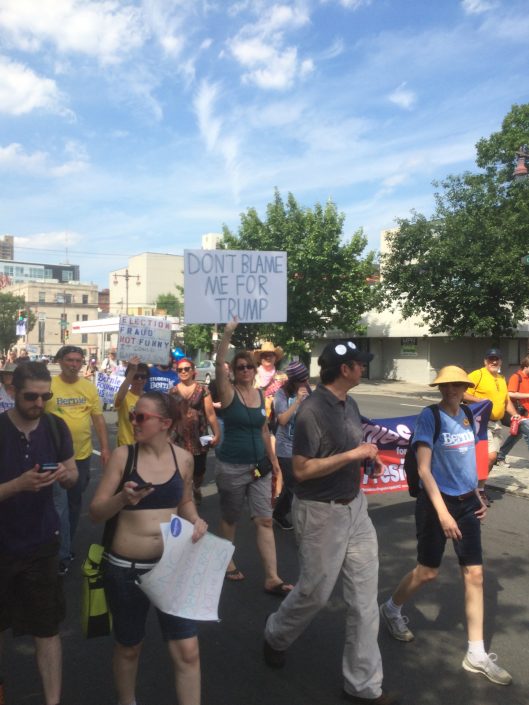 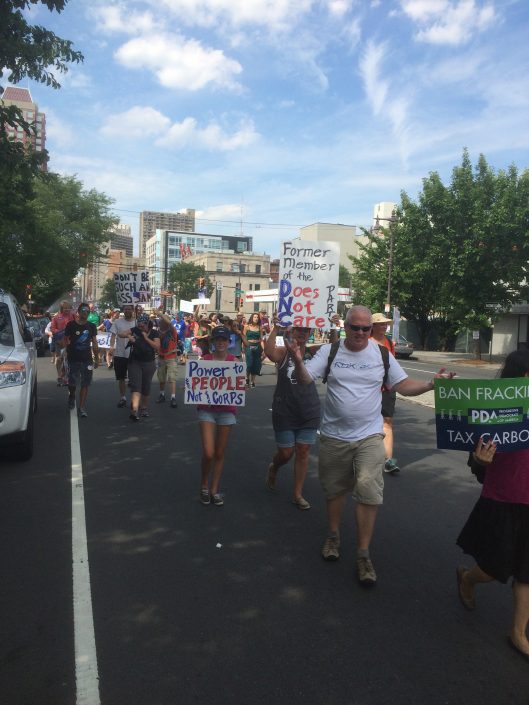 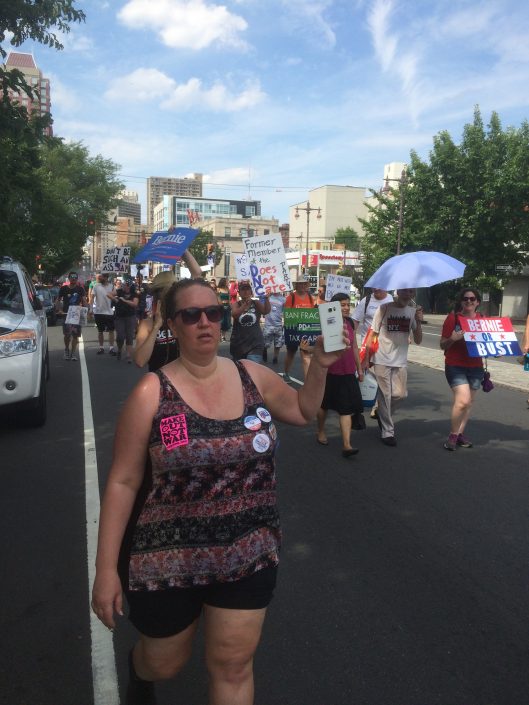 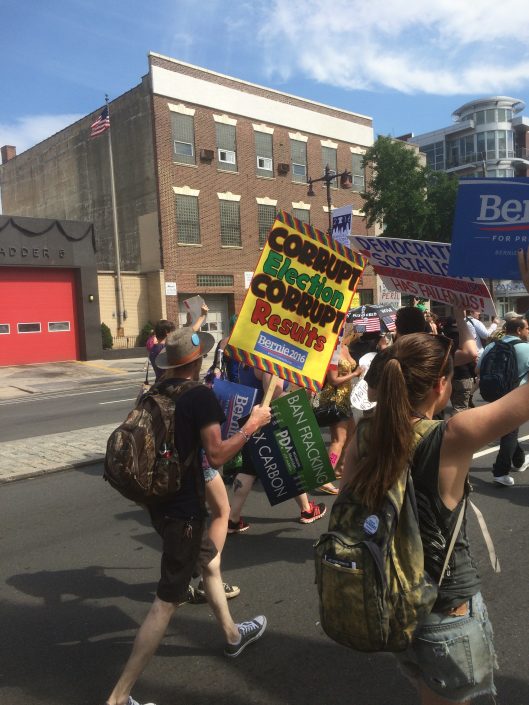 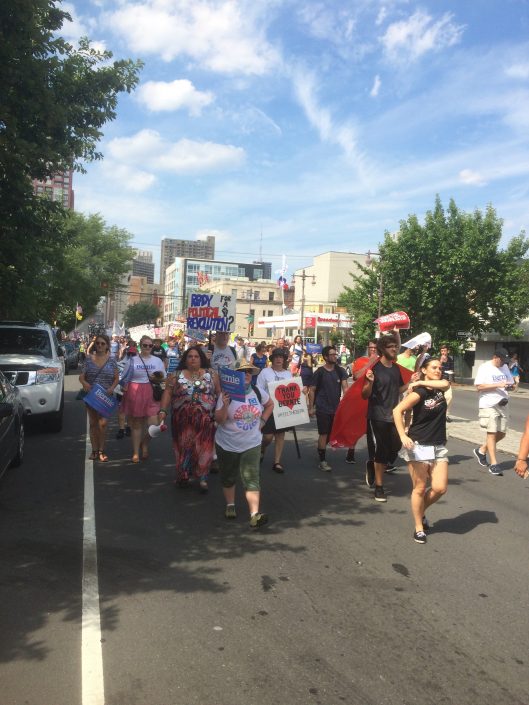 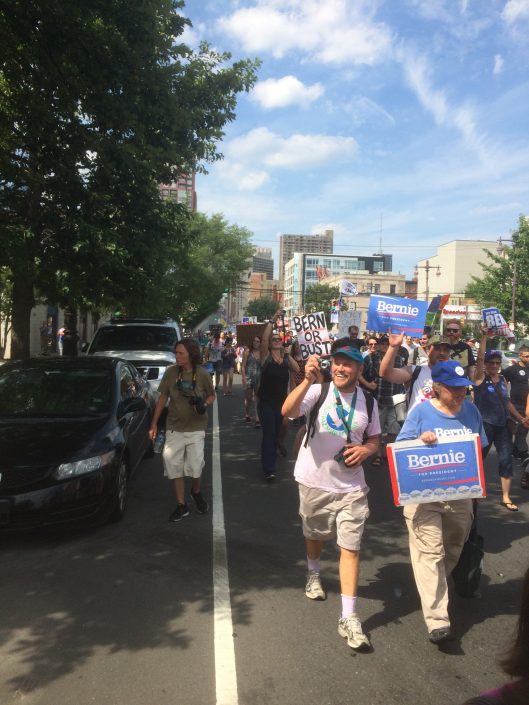 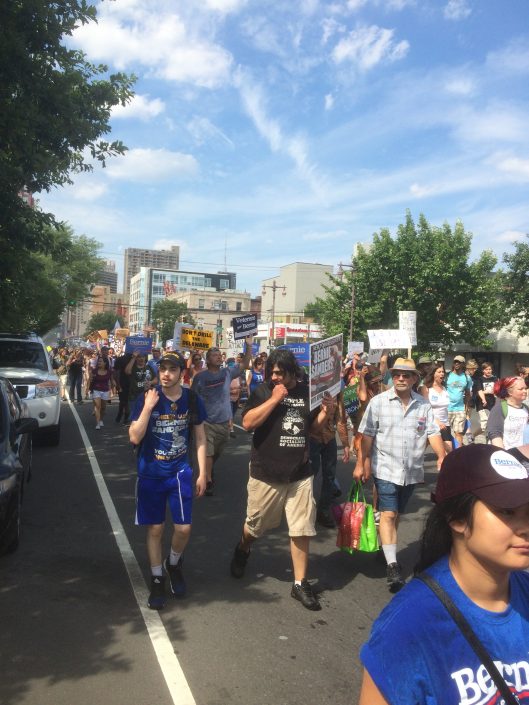 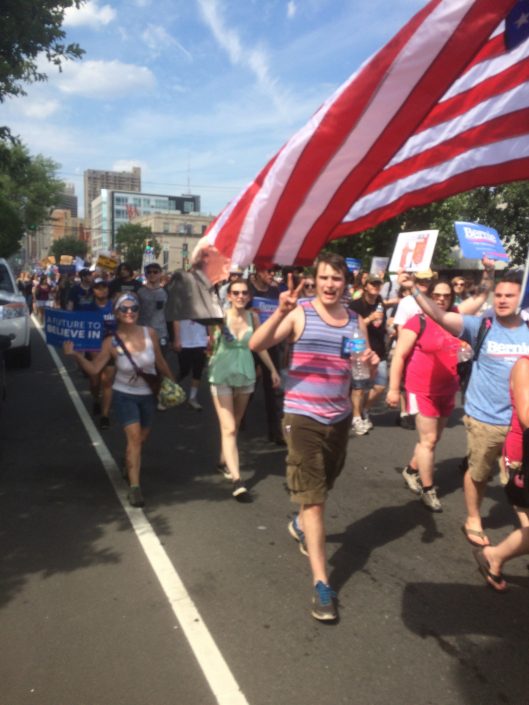 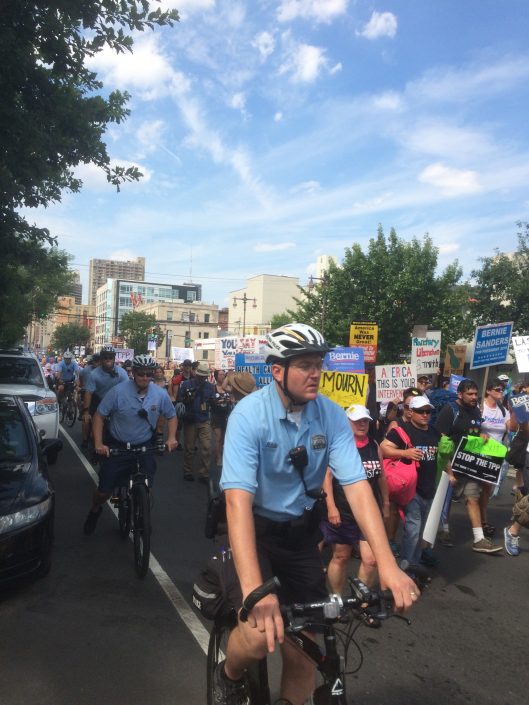 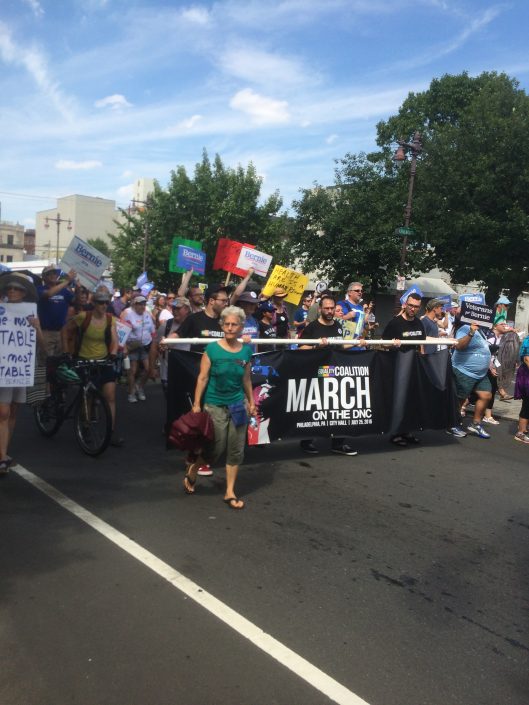