It's in one of their proposals for transforming the Northeast Corridor rail system. Local transit advocates say it would cost way, way too much — and serve the wrong part of town. The Federal Railroad Administration, having come up with three plans for the future of the Northeast Corridor (NEC) came back to Philadelphia yesterday to gather public comment on each of the plans.

Most of those who commented had this message: If you really want to transform the NEC, you’d better cut out a lot of the gold-plating on that top-drawer plan.

The FRA’s three plans, and their price tags, are:

“Transform” — Build a second NEC spine from Washington to Boston that would allow 220-mph service on the entire corridor and serve new markets in New England and possibly Long Island, including a tunnel under PHL and Center City Philadelphia with a new station at Market East. Cost: $290 billion

A “no action” alternative with a price tag of $20 billion was also presented for purposes of comparison.

That proposed tunnel beneath the airport and Center City drew the heaviest fire from the commenters who testified at the early session yesterday. Jeff Kessler, executive chairman of SEPTA’s Youth Advisory Council, said in a personal extension of his comment on behalf of the group that the tunnel was one of several “unfeasible” elements in the “Transform” proposal that eliminate it from consideration, but that elements of that plan should be incorporated into the other proposals. Transit activist Scott Maitz said the tunnel would be less likely to “transform” Philadelphia than a 30th Street Station alignment would, as the city’s downtown is headed in that direction, and suggested that airport service be provided via a new alignment paralleling a slimmed-down Bartram Avenue.

Transit blogger Michael Noda (Sic Transit Philadelphia) had the most trenchant criticism of this segment and the entire “Transform” alternative. He called the cost estimate for that option “inflated for reasons that defy understanding” and said that its benefits could be obtained at an 85 percent saving by getting rid of elements such as the tunnel. “The detour to the airport is great if you can get American Airlines to pay for it,” he said. “We cannot commit to spending twice as much as the Japanese are spending for maglev from Tokyo to Nagoya.” He recommended focusing first on “very unsexy” fixes that could be done on the cheap and implemented soon, such as replacing outmoded switches and interlockings, and coming up with less costly alternatives for reducing or bypassing tight-radius curves that slow trains down.

That last sentiment was echoed by other commenters, such as Philadelphia resident Robert Sutton, who said that while the country needs to understand the benefits of high-speed trains better and that there should be alternate routes for high-speed service in the Northeast, “we need improvements not in 25 or 30 years, but now.”

The Philadelphia forum was one of 11 the FRA is holding up and down the Northeast Corridor to gather public feedback; that feedback will in turn influence the FRA’s final selection of a preferred alternative, which it intends to make this spring. 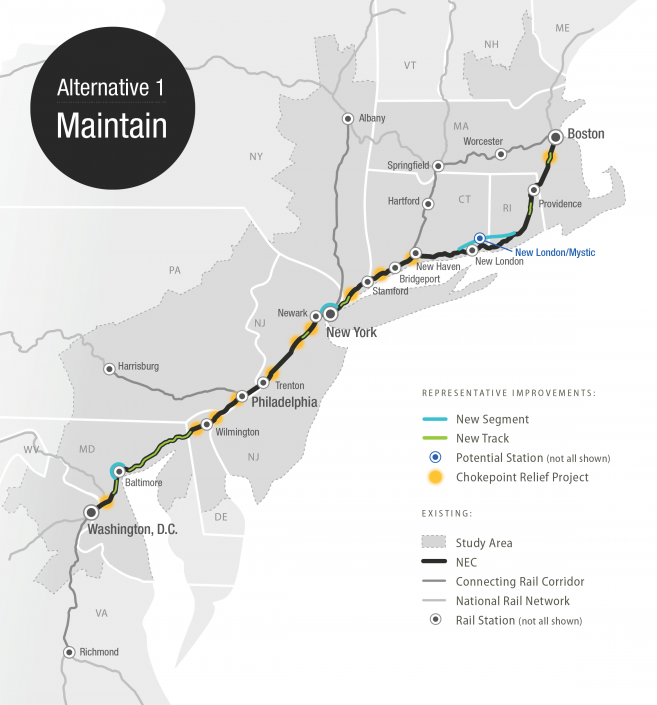 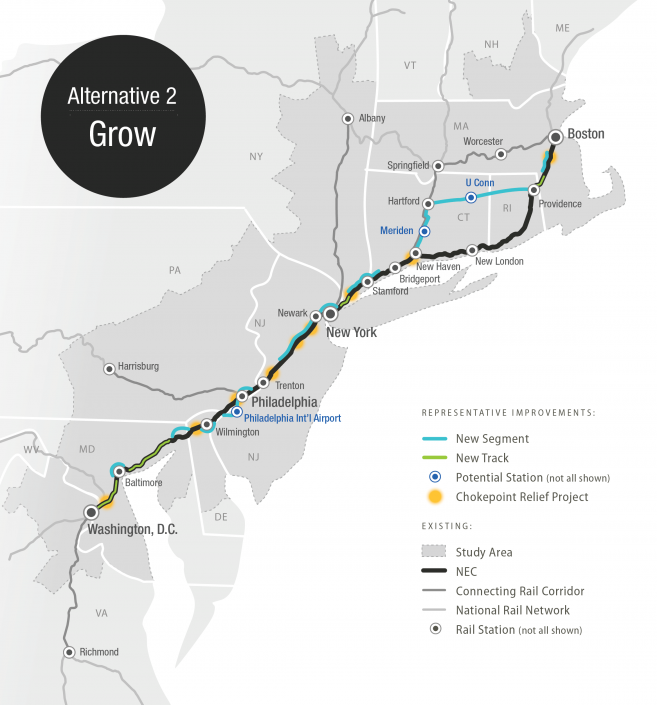 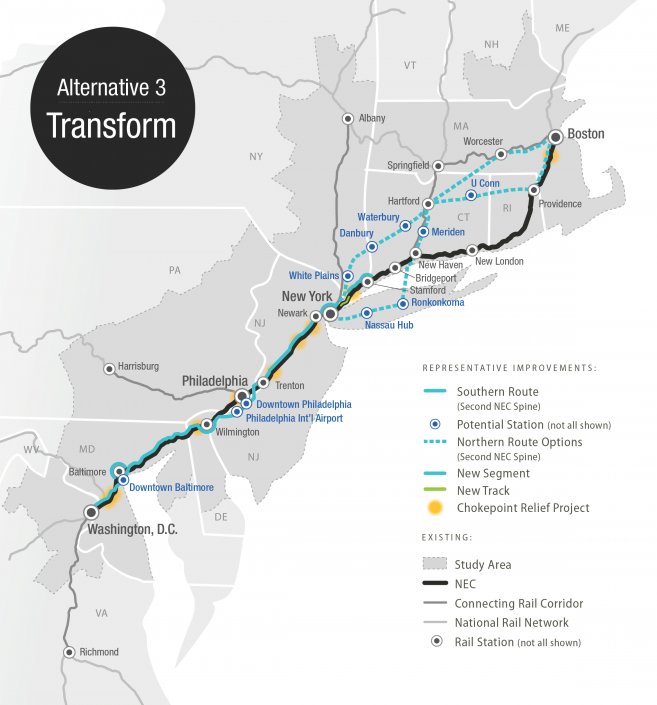 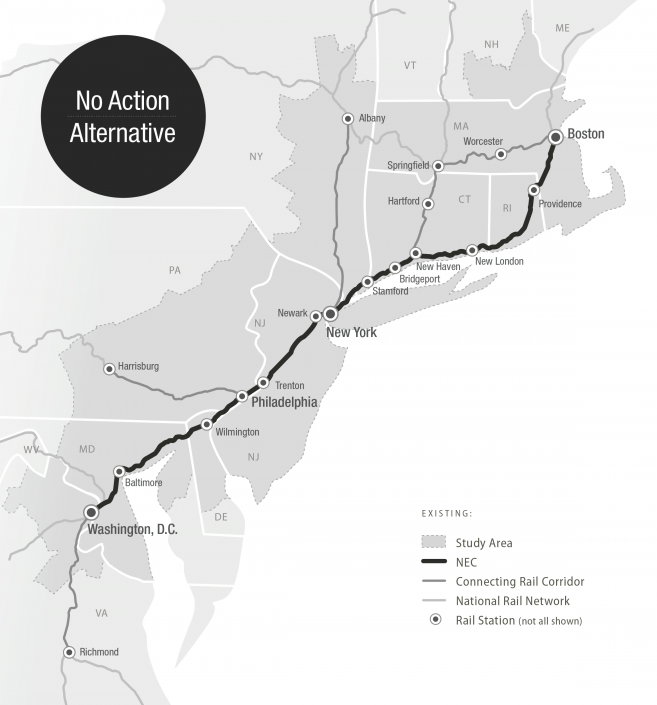