He documents what the city looks like from above. Most of us spend our days looking up at the skyline of Philadelphia, but what if we could get on top of some of the city’s most iconic buildings and structures and have a look around? That is the goal of the “rooftopper,” a type of urban explorer that has been in the news recently thanks to nauseating feats like this one atop the world’s second tallest building and also some attempts that, tragically, didn’t turn out quite as well. We caught up with Philadelphia rooftopper Christopher Olstein, who publishes the photographs from his elevated missions on Instagram. (A gallery of his photos appears after the interview.)

What possessed you to start rooftopping?

Instagram, actually. I was seeing a lot of people doing it in Manhattan, which is such a dense, tall city with so many different places to go and capture different views. And so I thought it would be interesting to see what kinds of views I get in a city like Philadelphia. Many of the photos are stunning. What’s your background in photography?

Actually, I’m a novice. I bought a camera specifically for this hobby. I used to capture with an iPhone, but what I realized was that often times, you need to go up at night when security is most lax, and taking night shots with a mobile phone is not optimal. So I invested in a Nikon D5300, a Manfrotto tripod, and wide angle lenses to really capture it and make the most of it and document the view.

So what is your background?

Architecture, which is another reason this interests me, seeing how the city as a whole fits together from above. It’s a different point of view than you ever get walking down the street. The city has such an iconic skyline, but the way it looks from all the different neighborhoods is completely different. It’s interesting to get different views from different parts of the city and different heights in the city. It gives you a sense of how the neighborhoods fit together and of the actual city itself.

Are you actually getting to the roof in all cases?

I started out just with high views through windows, but then I started thinking, what if I can get up on that fire stair and try to gain roof access? So I started aiming exclusively for the roof, and surprisingly enough, often you can get up there.

Do you rely on sneakiness and subterfuge exclusively, or do you sometimes slip the security guard a $20?

For some buildings, there’s no way up unless you know someone inside. Liberty One and Liberty Two and the Comcast Center are so heavily secured that you almost have to know somebody. I haven’t bribed anybody, but I’ve been given access through friends of friends who work in buildings.

There’s one tall residential building on Rittenhouse Square that I was able to get to through someone I know, and I got a great shot of the park and the skyline behind it. And a friend works for Comcast, but we didn’t get to the roof. Just the cafeteria level.

In most cases, I walk in and see how far up I can get. A lot of hotels, you walk in and they just assume you’re supposed to be there. But sometimes you get up near the top and there’s a padlock and you turn around. Other times, you get up there and it’s just open and there’s no one around.

So you don’t break in, per se?

I’m not breaking any locks. I’m just finding opportunities. There are some people around who pick locks, but I never do that.

What’s the highest you’ve been here?

Outdoors, on an actual roof, that would be 33 floors, but I’m blanking on the name of the building. Actually, I usually don’t include the names of the buildings that I’m taking the photos from. Indoors, Top of the Tower, right behind the Comcast Center. It’s an amazing view, but there are events up there all the time, and that’s not really the point. The point is more to get places that no one has seen before.

With your vantage point, have you caught people in … compromising positions?

Not so much. Keep in mind that you’re up there with a limited amount of time, so I’m really trying to get out of there. Not sit around watch what people are doing.

I have seen people doing what I’m doing on other buildings, and that’s always sort of funny. I’ve seen some stuff. You do see things in the windows. But nothing too crazy. You see more in the movies.

What’s the Holy Grail of rooftopping for you in Philadelphia?

The BNY Mellon Building, the one with the Pyramid Club on top. But I don’t know where to start. It is extremely secure. But that is such an iconic, Art Deco-style building, and it would be great to get up there.

I know you’ve shot in other cities as well. How does Philly compare?

Yes, I’ve done it in New York and Los Angeles. It’s a different feel in New York. The context of the city is so dense, and there’s a ton of light — of light noise — out there. The photos you wind up taking are completely different.

Ever had to deal with the cops here?

Fortunately, no. I’ve been chased out of buildings where I sort of just ducked quickly into a stair hall and then got caught.

Not to get morbid, but considering what’s happening in the world right now and the growing threat of terrorism on U.S. soil, are you concerned by the ease with which you access rooftops in Philadelphia?

It’s a really interesting question. I’m not so concerned about the buildings, but there are some pieces of infrastructure that I’ve climbed, like bridges, and also cranes.

The bridges are an issue. I was on a railroad bridge over the Schuylkill for two-and-a-half hours, and this is a bridge with security, but I never saw a train or a person. And I kept thinking about that: What if somebody has bad intentions?

Have you tried simply writing a letter to, let’s say Comcast, telling them who you are and asking for 20 minutes on the roof?

Well, it would take some of the fun out of it, but that would also be an incredible experience. There are a couple of realty companies that I’ve reached out to and they said they would think about it, but nothing has come of that.

What’s the urbex community here like? We love the work of Sarah Bloom, who does the nude self-portraits in abandoned buildings.

It’s very welcoming. People are always encouraging you to find the next best spot. There are others who do what I do, and then there are also the people exploring abandoned structures and underground infrastructure. It’s a hobby that people want to share with others.

What’s the next step for you as a photographer?

I’d like to start selling prints, but right now my focus is having the experience and sharing it with others on Instagram. I’ve thought about gallery shows and have talked with some people about it, but there’s nothing on paper yet. 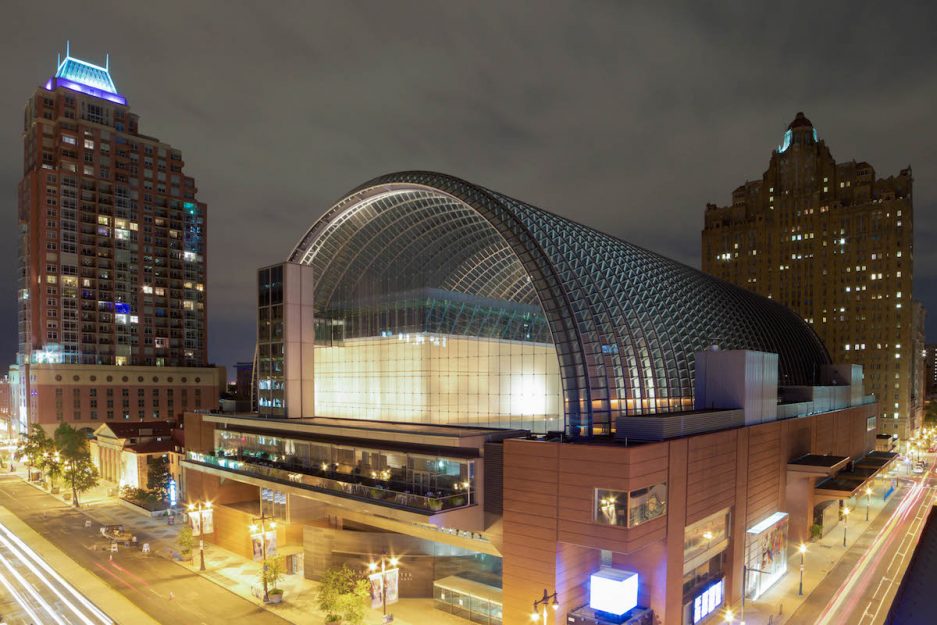 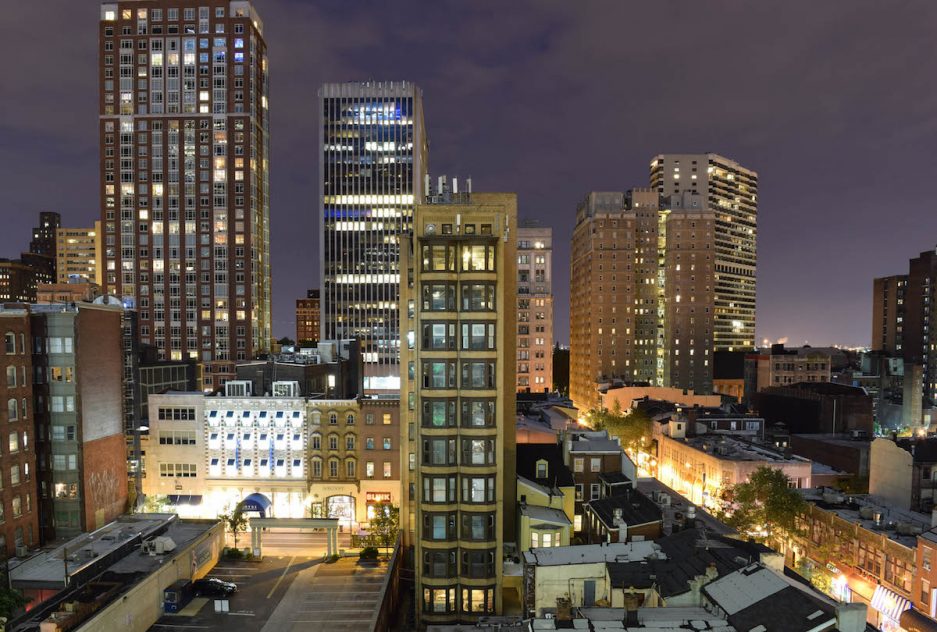 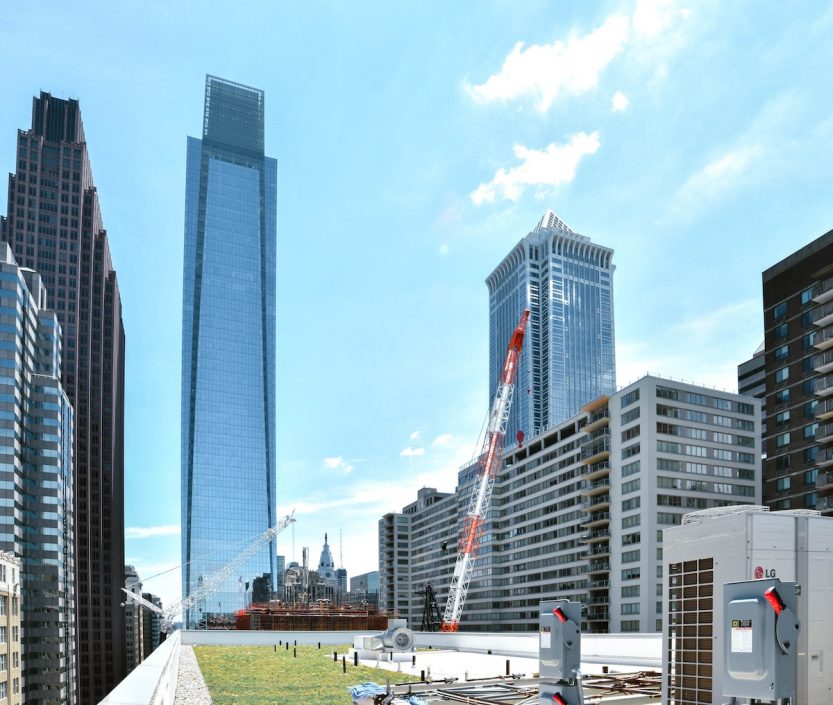 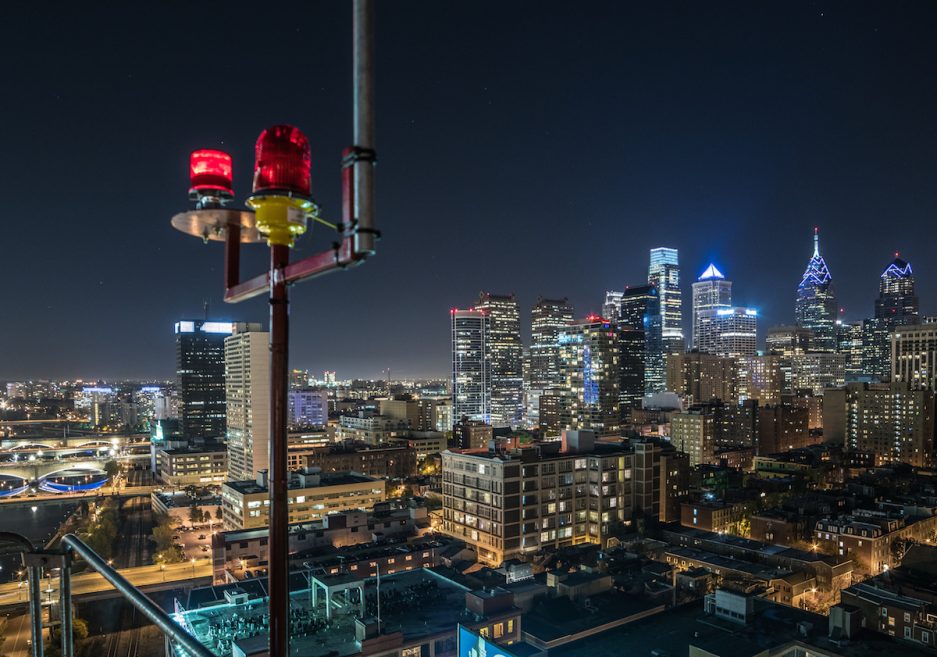 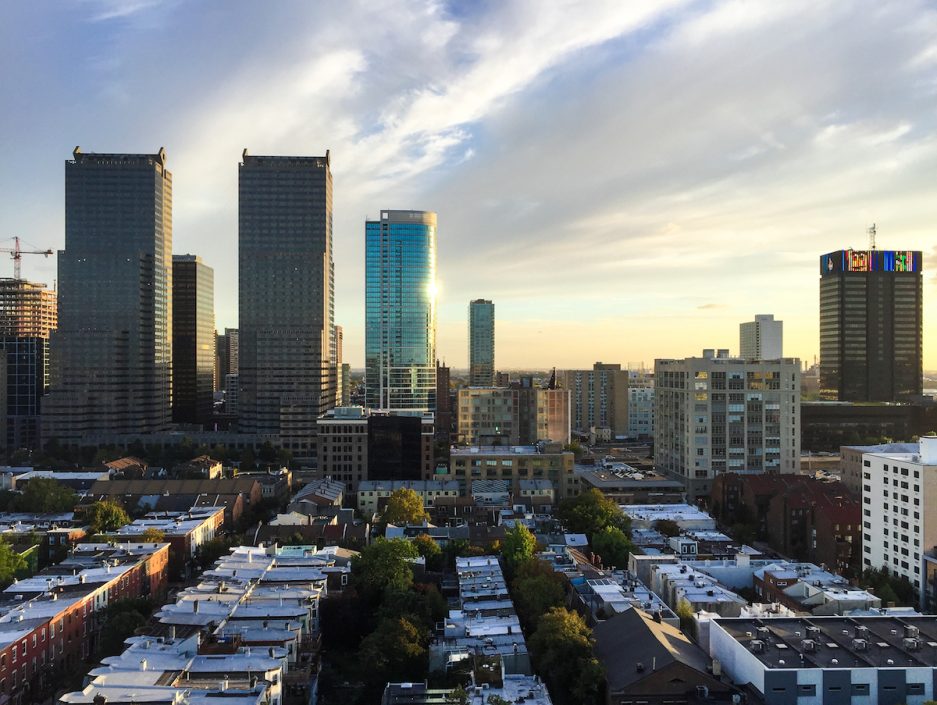 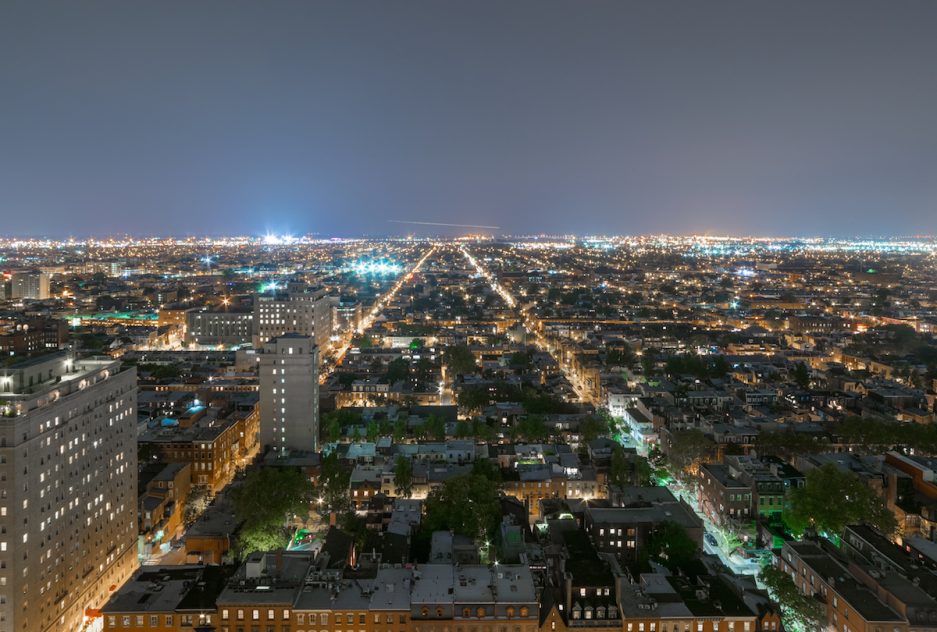 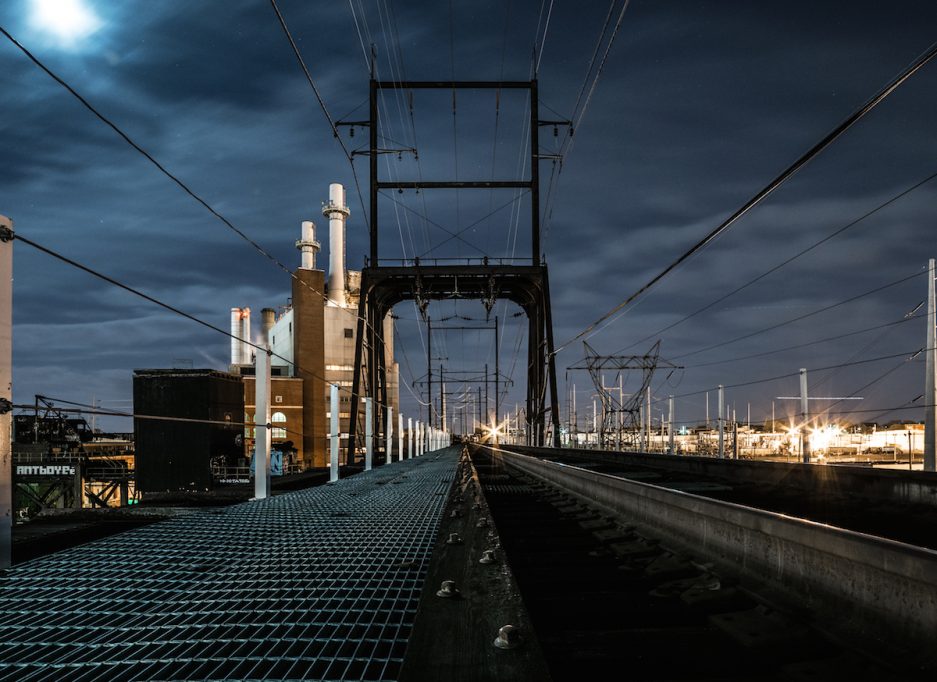 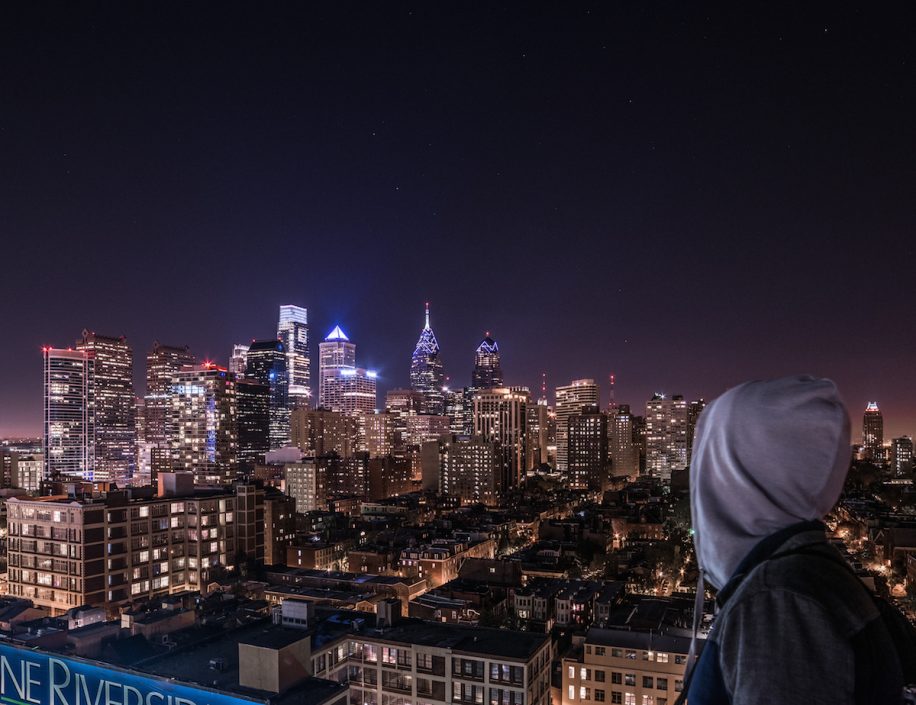 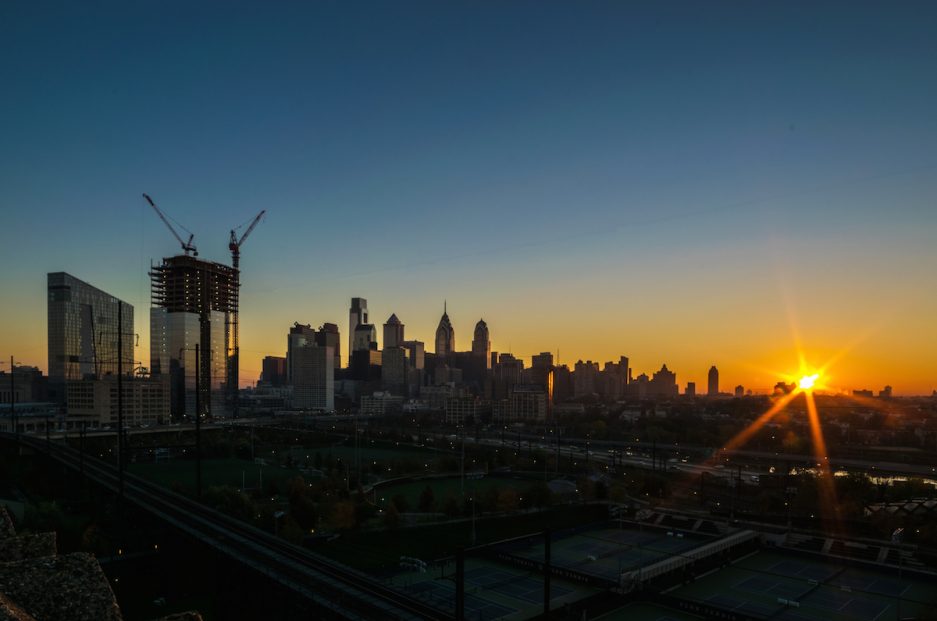 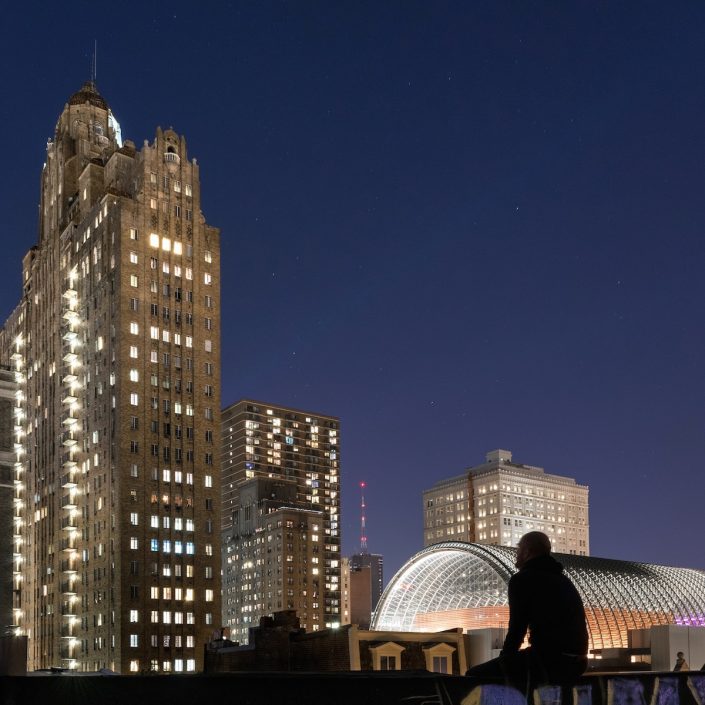 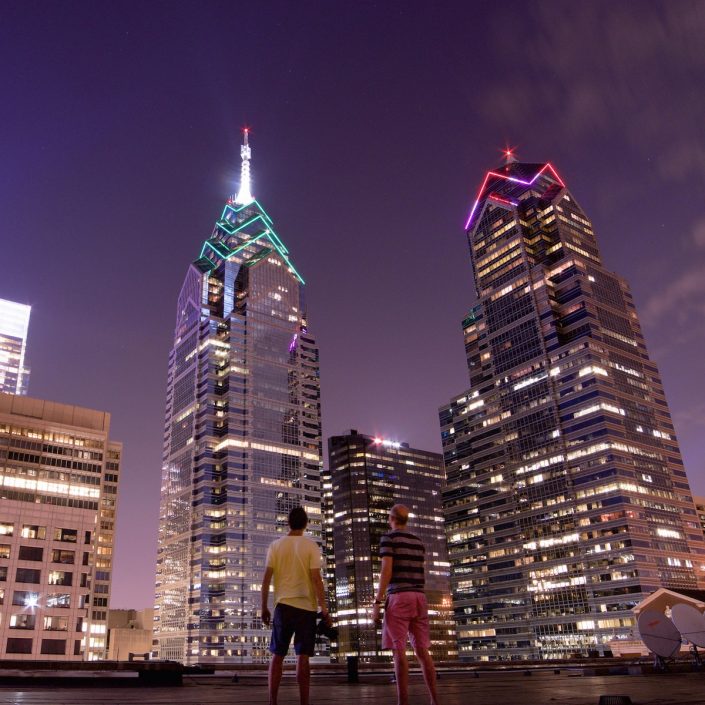