This Friday, the National Constitution Center (NCC) will debut its very first LGBT-focused exhibition: “Speaking Out for Equality: The Constitution, Gay Rights, and the Supreme Court.” The exhibit is running in conjunction with Pride Month and hat-tipping the 50th anniversary of the Annual Reminders, also known as the nation’s first LGBT protests, which happened in Philly outside Independence Hall.

Working in partnership with the archives at the William Way Community Center and a handful of other community leaders and organizations across the city, NCC has put together an exhibit that “chronicles the gay rights movement and the ongoing debate over how much the Constitution protects gay rights.” The exhibit will be filled with everything from historic garments and photos to picket signs from various demonstrations and memorabilia that bring to life Philadelphia’s role in the fight for LGBT equality.

NCC was kind enough to send us some sneak peeks of curators putting together the exhibit before it gets its grand opening this Friday: 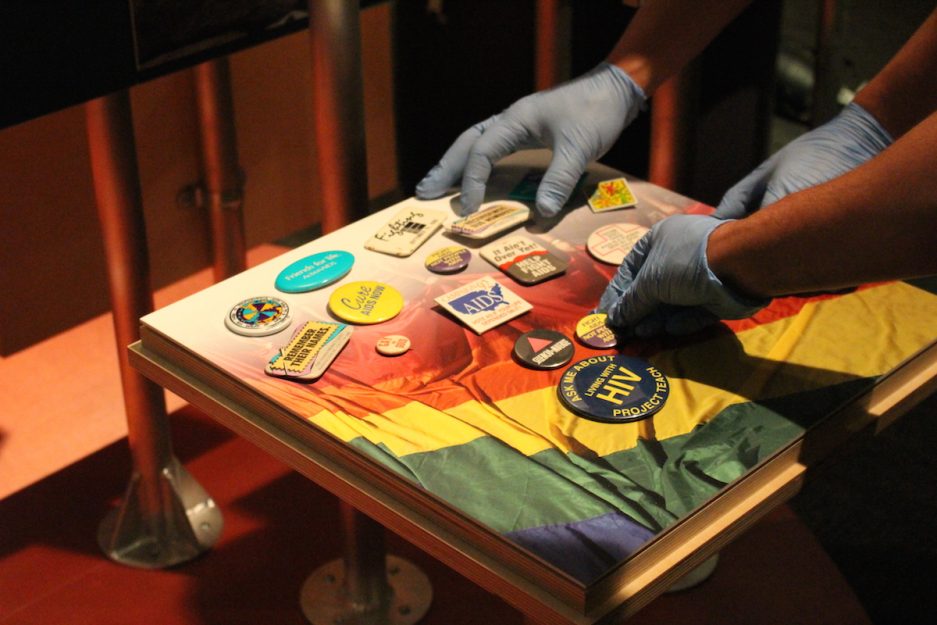 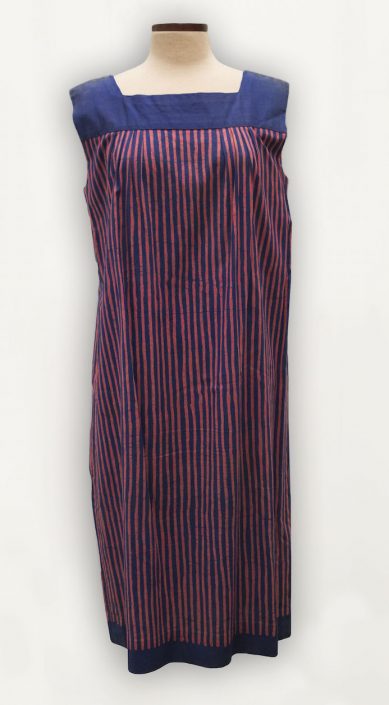 Barbara Gittings, a key organizer of the protests, wore this dress to appear conservative and conform to the 1960s gender norms. | Courtesy of Kay Tobin Lahusen 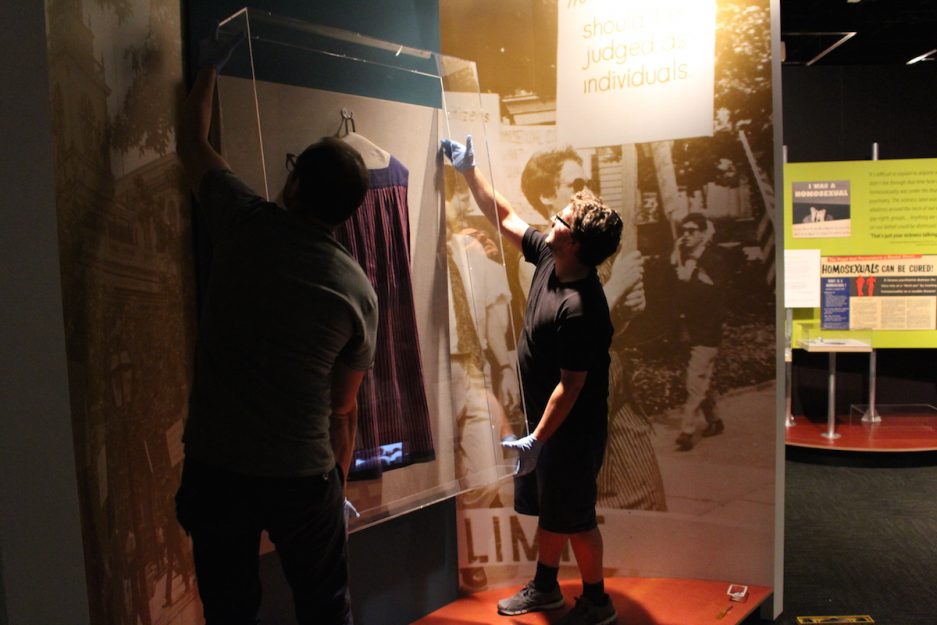 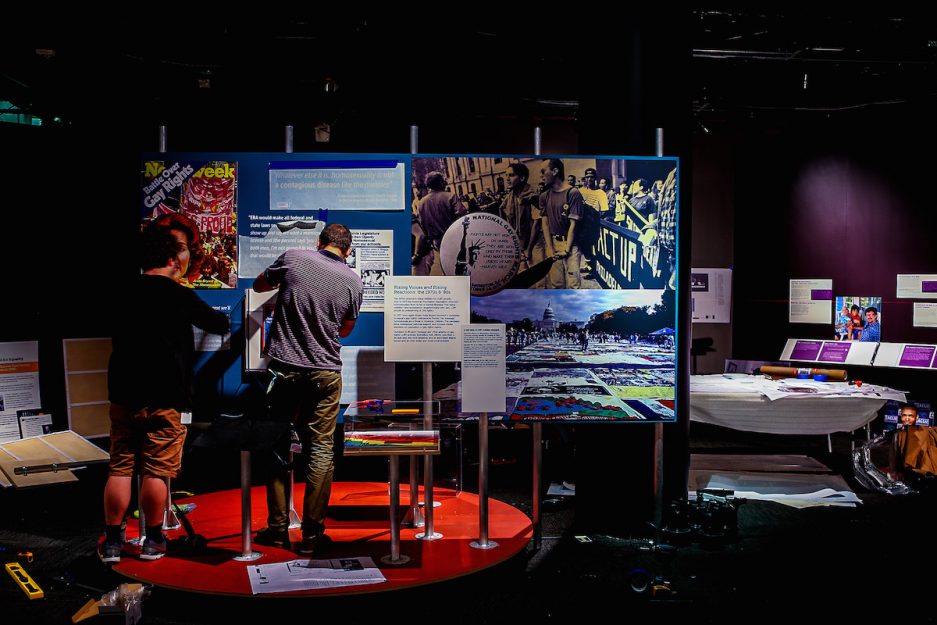 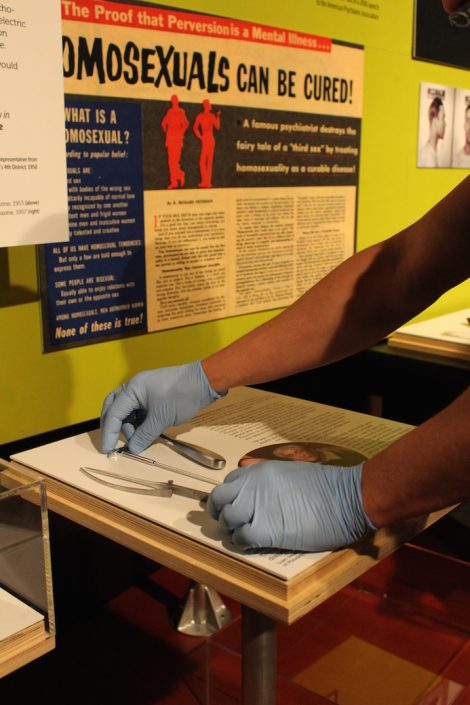 Lobotomy instruments represent radical measures. They were reserved for the most mentally disturbed—included the use of lobotomy instruments to “cure” homosexuality. | Courtesy of the Mütter Museum of the College of Physicians of Philadelphia 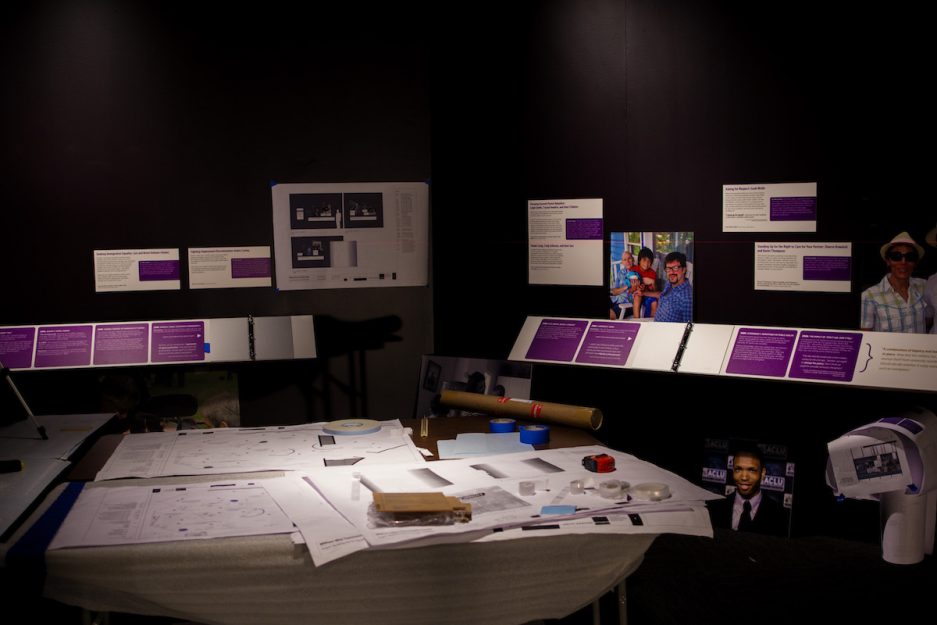 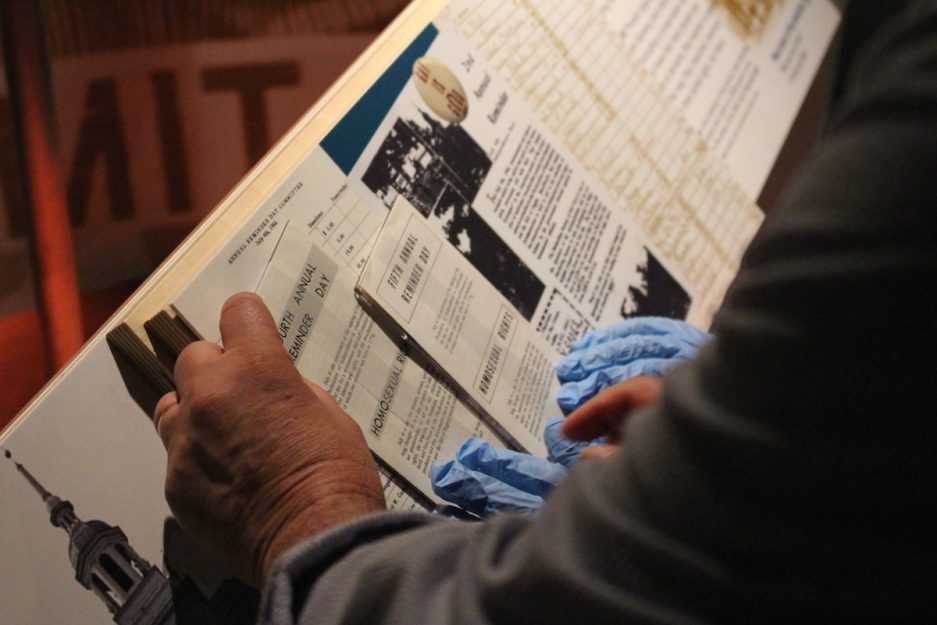 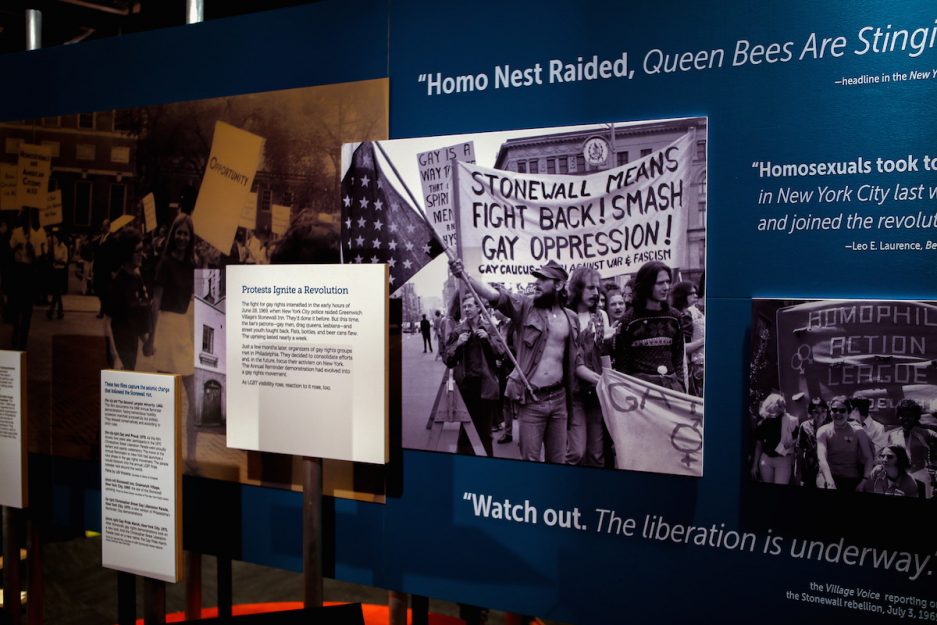 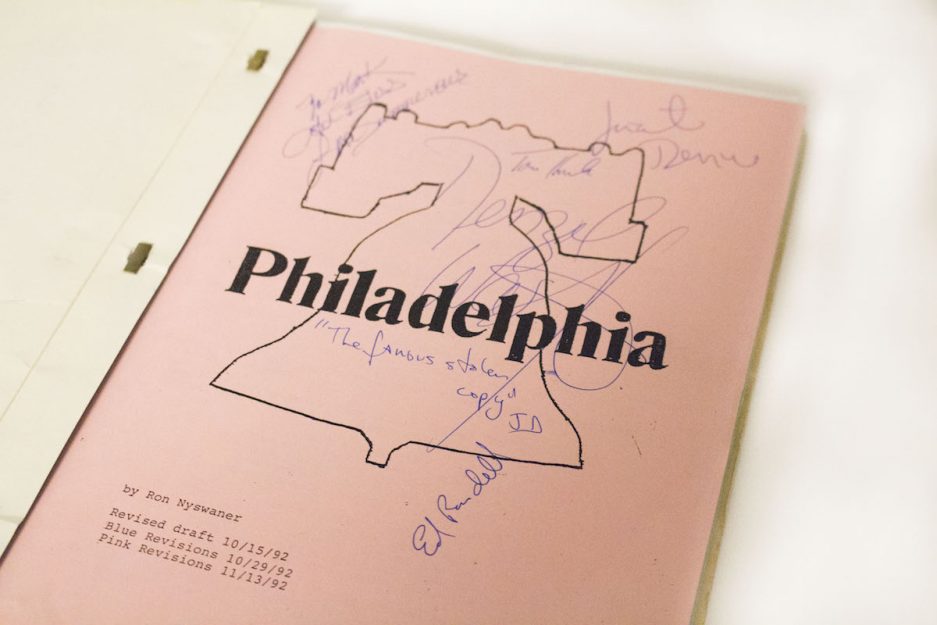 Philadelphia (1993) was one of the first mainstream Hollywood films to recognize the HIV/AIDS epidemic. It also addressed homophobia, and the simple idea that getting to know someone who is different than you can make you a better person. Script courtesy of Mark Segal, publisher of Philadelphia Gay News.

The exhibit gets an official ribbon-cutting ceremony on Friday, June 5th, at 10 am. NCC has also planned a host of other panels, debates and discussions taking place throughout the next few months in conjunction with the exhibition. Learn more about that here. For a look at all the other ways Philadelphia is celebrating the 50th anniversary of the Annual Reminders, check out our extensive roundup here. Happy Pride Month!