19 Gay Things to Do in Philly This Week: Dining Out for Life | G Philly
Subscribe
Follow
I'm a scraper
This search result is here to prevent scraping

19 Gay Things to Do in Philly This Week

OurNightOut takes over La Peg, a visit from Bianca Del Rio and Maria Bello, Dining Out for Life and more gay things to do this week. 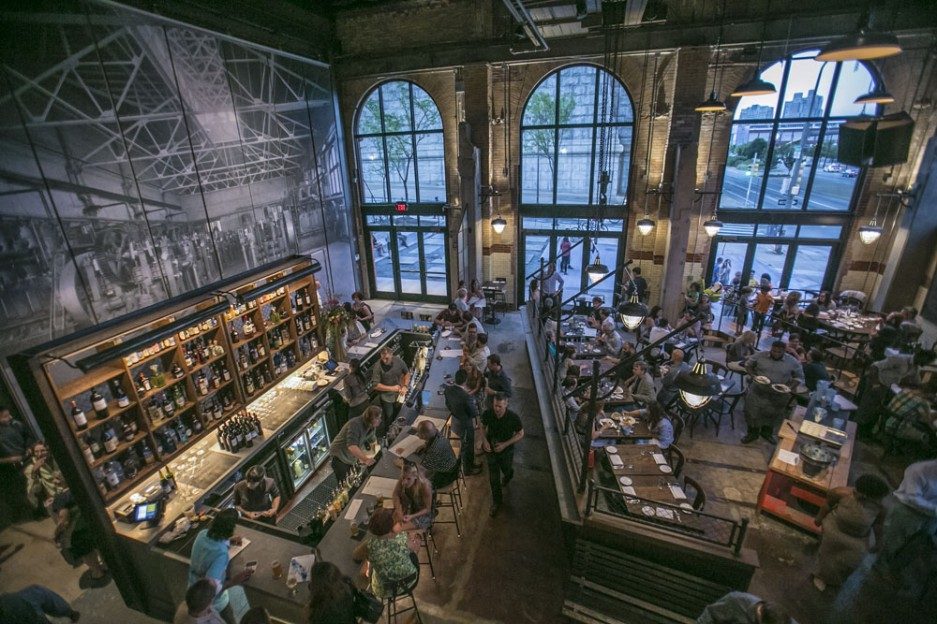 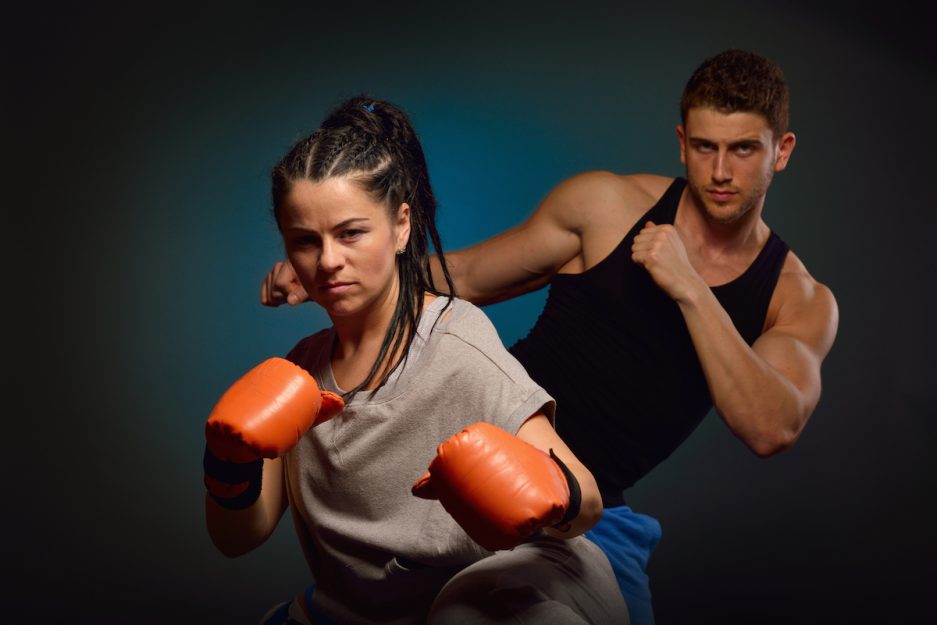 In response to violence on the streets of Philly—and especially the Gayborhood—instructors from street defense team Israeli Krav Maga will host a self-defense class at Icandy. Bring a few extra coins: Donations will be collected for the family of Robert Wilson III, the officer killed in a North Philly shooting in March. Tuesday, April 28th, 5:30 pm, free, Icandy, 254 South 12th Street. 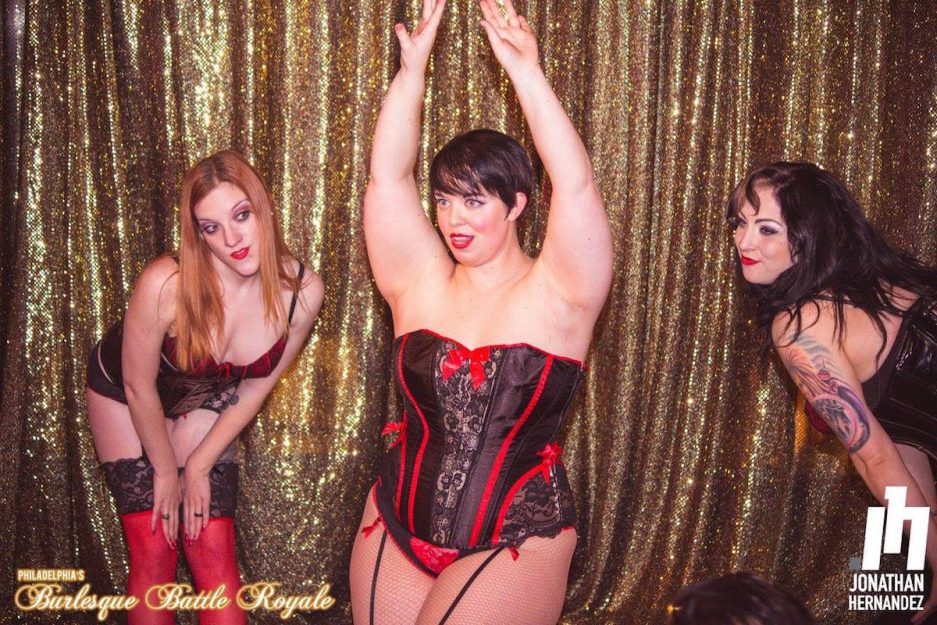 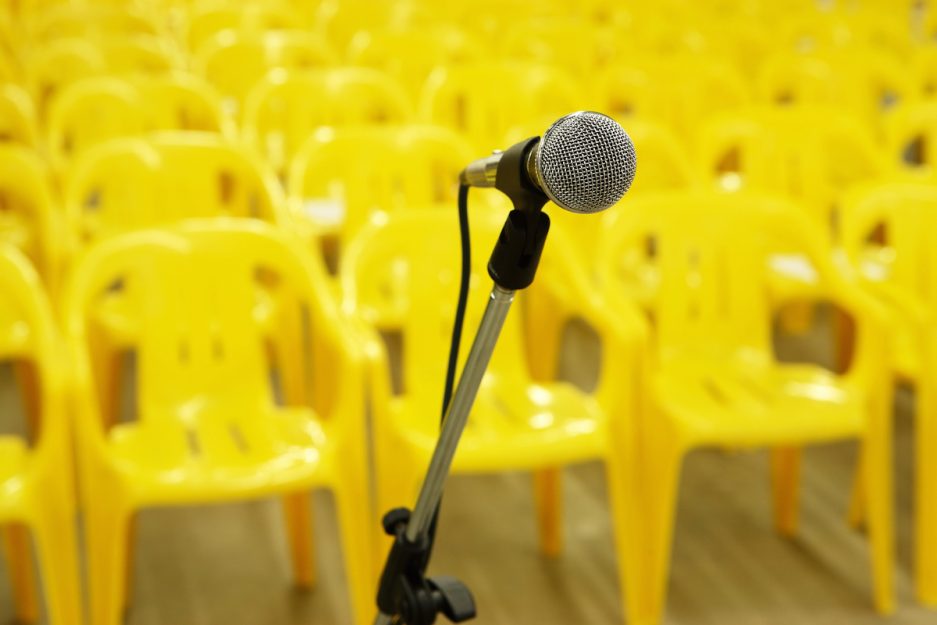 Out and Faithful hosts an evening of storytelling at William Way featuring raconteurs sharing their experiences and insights about "helping individuals and their loved ones find religious support during the height of the AIDS crisis." Wednesday, April 29th, 6:30 pm, free, William Way Community Center, 1315 Spruce Street. 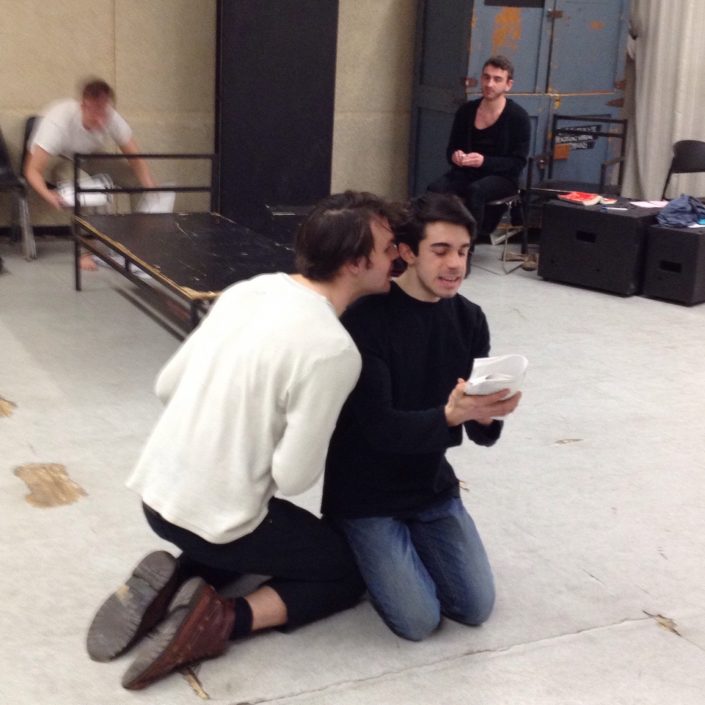 Tempest in a Teapot's Valhalla

The adorably named Tempest in a Teapot Company is presenting Paul Rudnick's Valhalla. The play concerns King Ludwig II of Bavaria (who was rumored to be a little gay) and James Avery, a forward-thinking soldier growing up in World War II-era Texas. The two are separated by time, but their “shared obsession with finding true beauty leads them to learn just how much is at stake when you finally get exactly what you've always wanted." The play stars Steve Fala and Matt McWilliams, two of the stars of Emmy-winning Temple gay web series One of the Guys. To reserve tickets, email [email protected]. Wednesday, April 29th, and Saturday, May 2nd, 8 pm; and Sunday, May 3rd, 2 pm, $10, Asian Arts Initiative, 2nd floor studio, 1219 Vine Street. 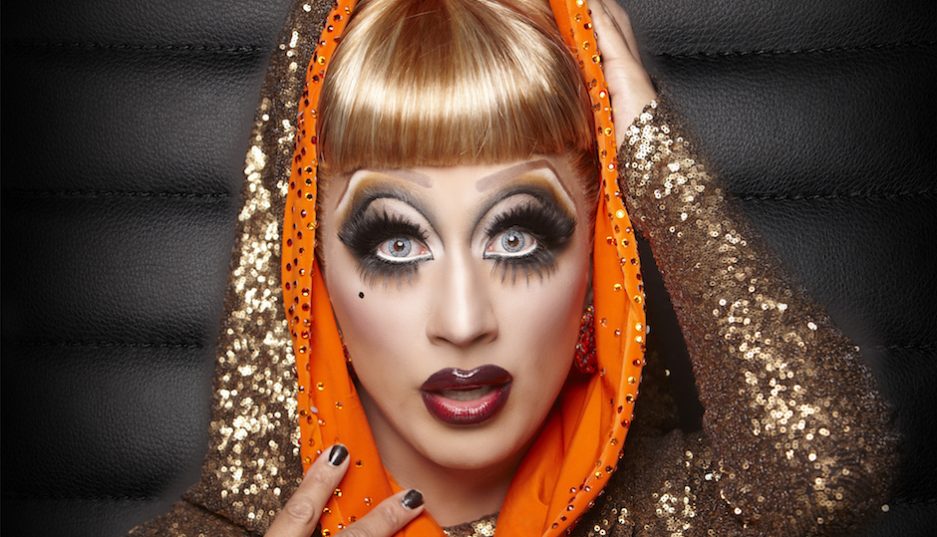 She's baaaaaaack! After a rip-roaring show at Philly's TLA, Bianca Del Rio returns this Wednesday night for another round of Rolodex Of Hate, her comedy act that is just wrong. The winner of RuPaul's Drag Race, Bianca has something to say…about just about everyone! If you thought Joan Rivers was naughty, well, you ain't seen nothing yet! Wednesday, April 29th, 9:00 pm, $35, Theatre of Living Arts, 334 South Street —Bryan Buttler. 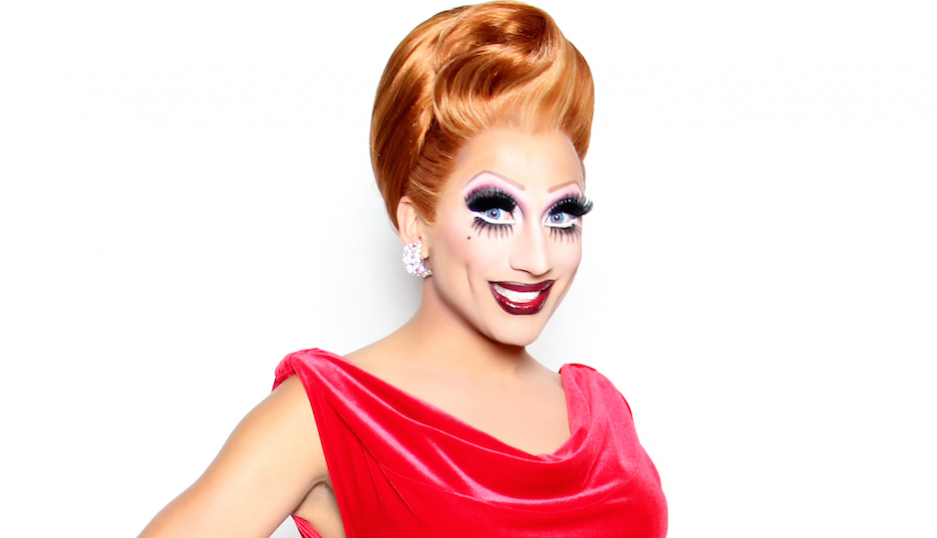 Bianca Del Rio at Something Stupid

Can't get enough of Bianca Del Rio? Of course not. Pissi Myles and Mimi Imfurst host the after-party for Del Rio's show at TLA. An earlier version of this post said she'd appear, but Mimi tells me that's not yet set in stone. Wednesday, April 29th, 10 pm, free, Voyeur, 1221 Saint James Street. 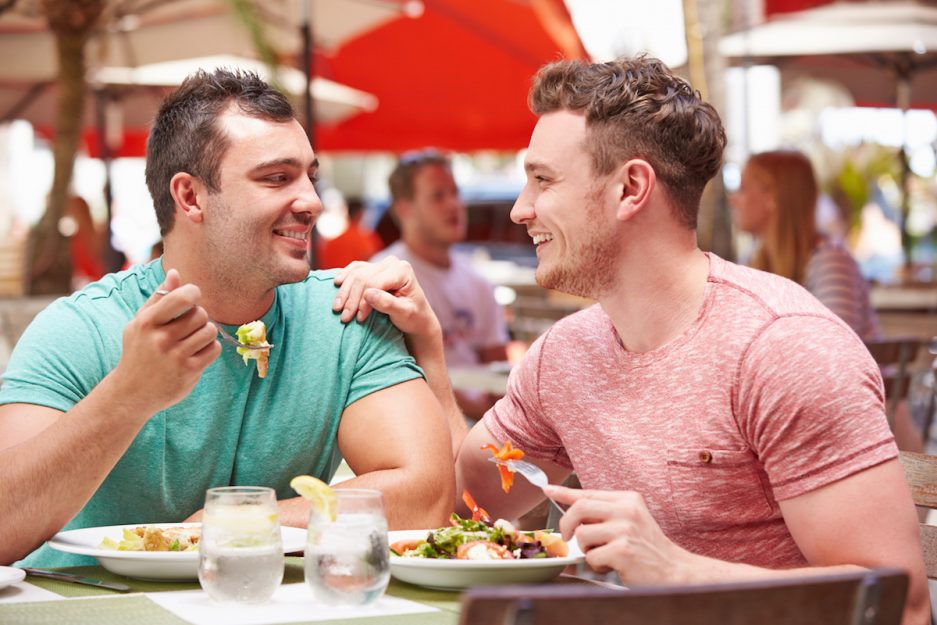 Dining Out for Life

Thursday is Dining Out (DOFL) for Life day! This is the 25th year of the benefit, which finds 200 restaurants in the Delaware Valley donating 33 percent of that night’s proceeds to ActionAIDS. For you early birds, there will also be a DOFL food truck roundup in the Gayborhood from 11 am to 2:30 pm. Click here for the list of restaurants and food trucks participating in the most delicious fundraiser of the year. Thursday, April 30th, 10 am, various locations. 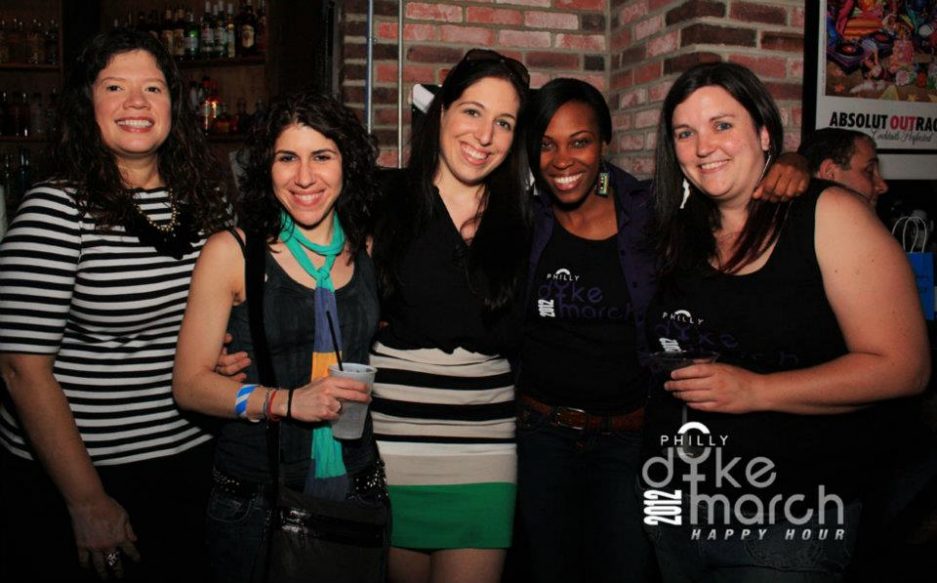 Philly Dyke March's biggest fundraiser is taking over Franky Bradley's (formerly Sisters) for a night of drinks, karaoke, and recruiting for the march in June. Since it is also Dining Out for Life, you can take part in happy hour and grab a meal. Thursday, April 30th, 5:30 pm, $5-$10, Franky Bradley's, 1320 Chancellor Street. 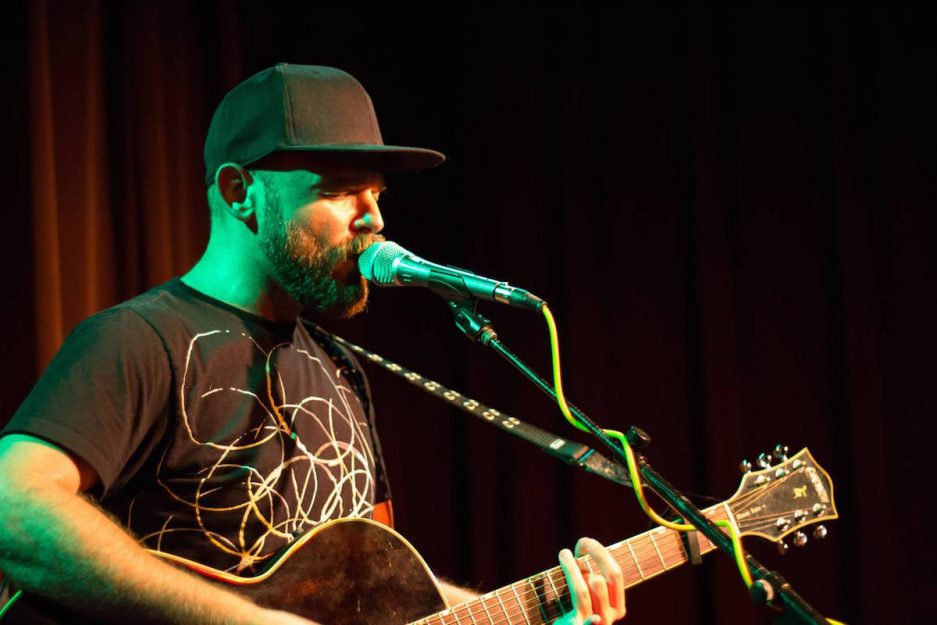 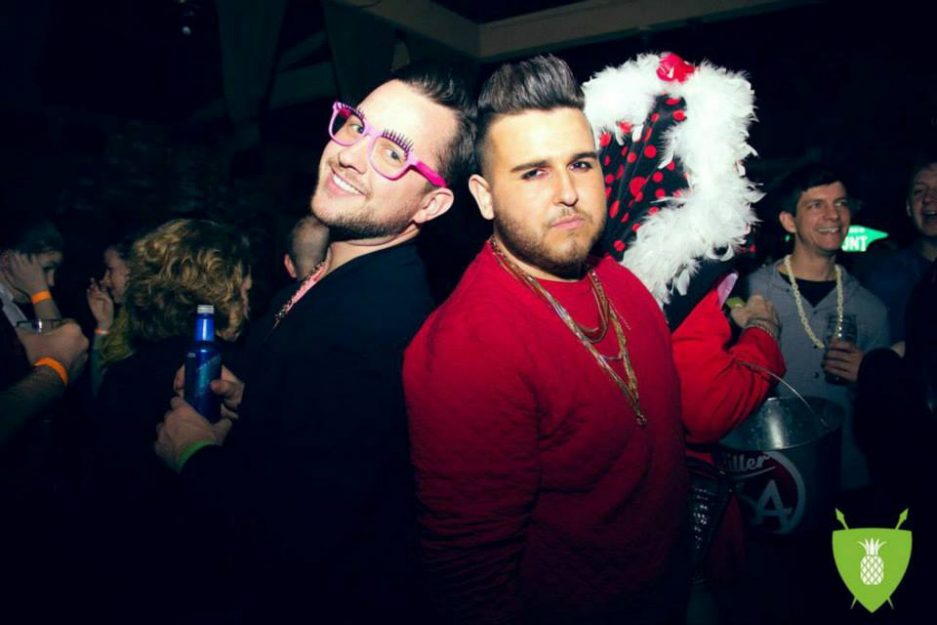 This month's Guerrilla Queer Bar is taking place in Old City at upscale pool and billiards hall Buffalo Billiards, where The Welcoming Committee will take over both floors of the two-story edifice on Chestnut Street. The top floor, they say, will be cleared of furniture to allow room for a dancefloor and DJ. TWC will also debut a whole new crop of volunteers, called Corps IX. More details here. Friday, May 1st, 9 pm, $5, Buffalo Billiards, 118 Chestnut Street.

A Night of Readings by Queer Artists of Color

To celebrate the release of her new anthology, “Queer and Trans Artists of Color,” Philly-based author Nia King has invited some of her favorite writers for an LGBT-focused group reading in Mt. Airy. Among those taking part are Princess Harmony Aviance, Joyce Hatton, and Khristina Acosta. Saturday, May 2nd, 7 pm, free, Big Blue Marble Bookstore, 551 Carpenter Lane. 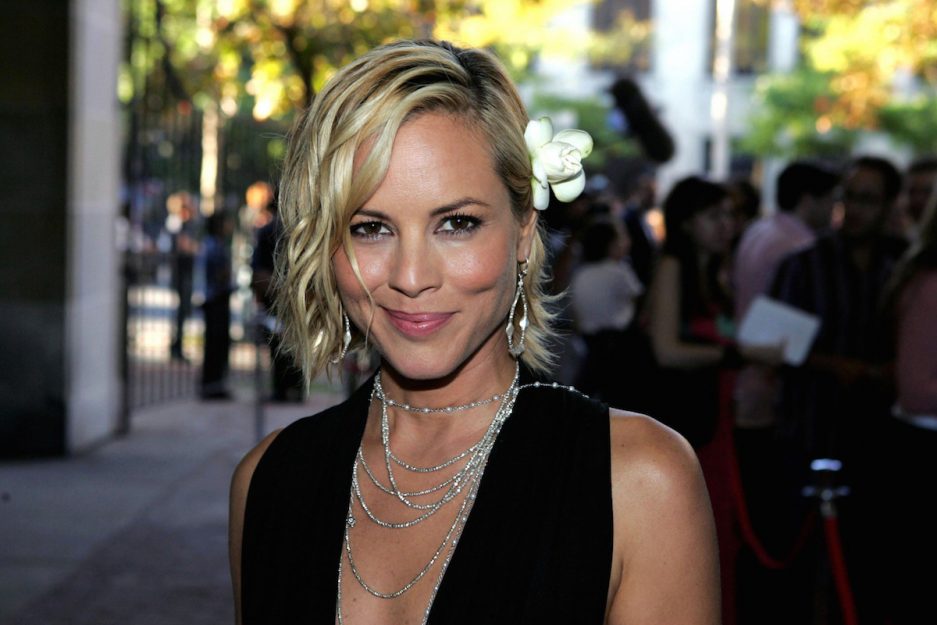 Actress Maria Bello captured the nation's attention in 2013, when she penned "Coming Out as a Modern Family," in The New York Times. This week, she is releasing a new memoir, Whatever ... Love is Love: Questioning the Labels We Give Ourselves, which expands on what she wrote in the essay about telling her 12-year-old son that she was in a lesbian relationship. To promote the book, she'll be stopping by Giovanni's Room on a national book tour. There, she'll discuss the work with Philly writer and film critic Gary Kramer. Afterward, there will be an audience question-answer session, and she'll stick around to sign some of your copies. Sunday, May 3rd, 1 pm, free, Philly AIDS Thrift @ Giovanni's Room, 345 South 12th Street. 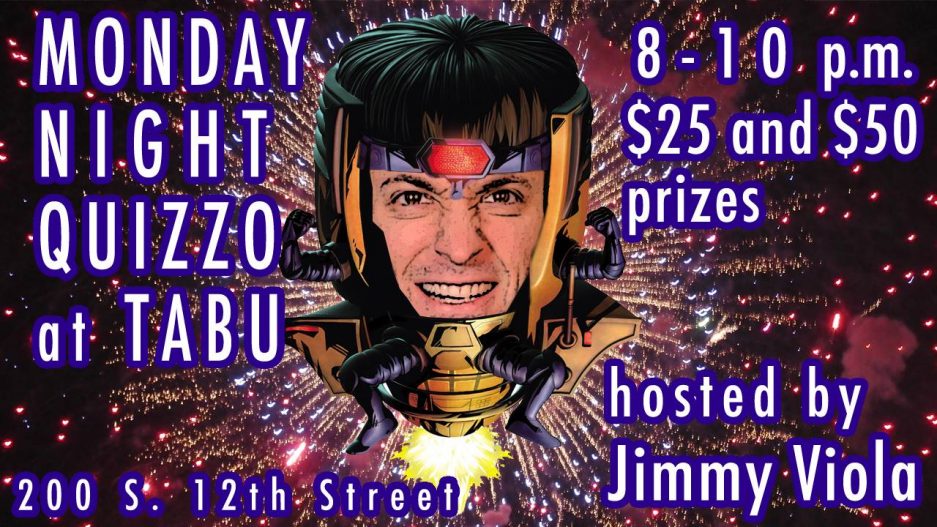