19 Gay Things to Do in Philly This Week

A new late-night talk show at Tabu, drag nuns at FringeArts, NSFW's Nymph-themed dance romp and more gay things to do in Philly this week. 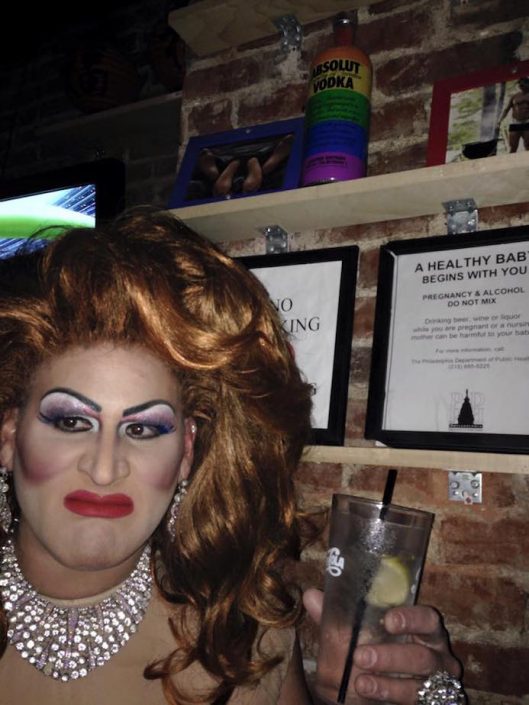 Who says there are no women in late night? Philly's own Brittany Lynn will be coming to you live every week on her new late-night style talk show at Tabu. Every Tuesday she will have a new co-host with her as they dish out Gayborhood gossip, performances, and bring in audience participation. Each episode will be taped and shown on YouTube, in case you miss the live-taping. Tuesday, March 17th, 9pm, free, Tabu Lounge, 200 South 12th Street. 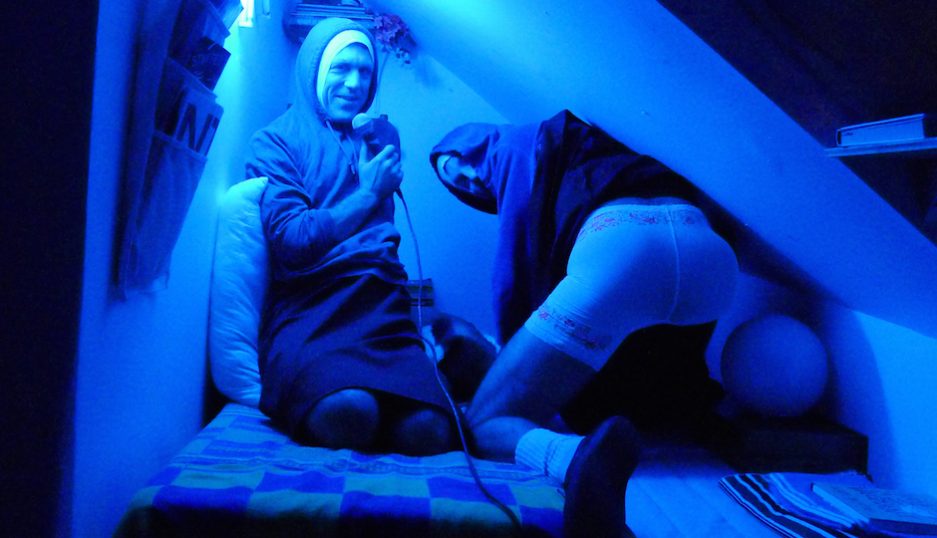 What happens when you take two sister nuns, played by Jaime Maseda and Mark McCloughan, who are stepped in Medieval tradition, and make them perform in avant garde settings? That's essentially the premise behind No Face Performance Group's Abbot Adam: Evensong, which will be celebrating the vernal equinox at Fringe Arts on Wednesday. Expect the unexpected in this event which will include "cabaret-like canticle, confessional, and karaoke." Wednesday, March 18, 8:00pm, $15, Fringe Arts, 140 North Columbus Boulevard. —Bryan Buttler 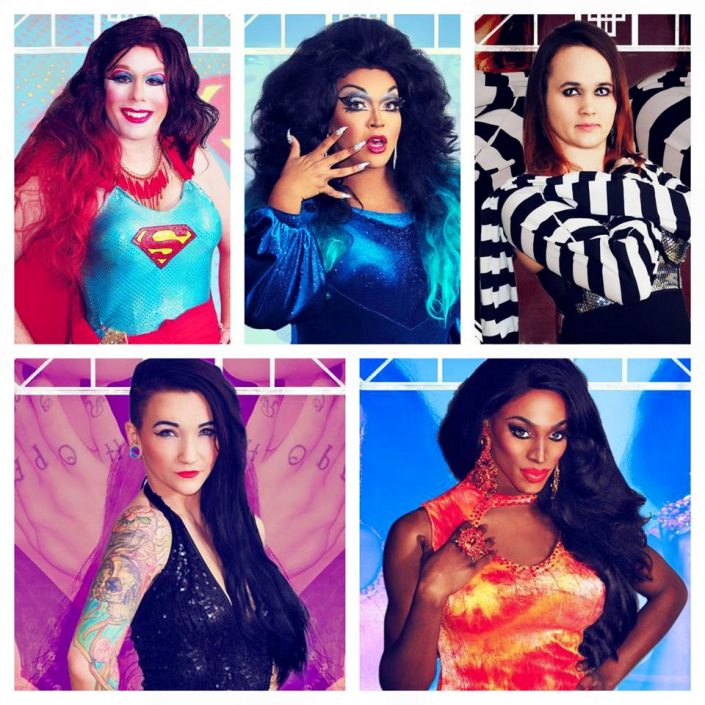 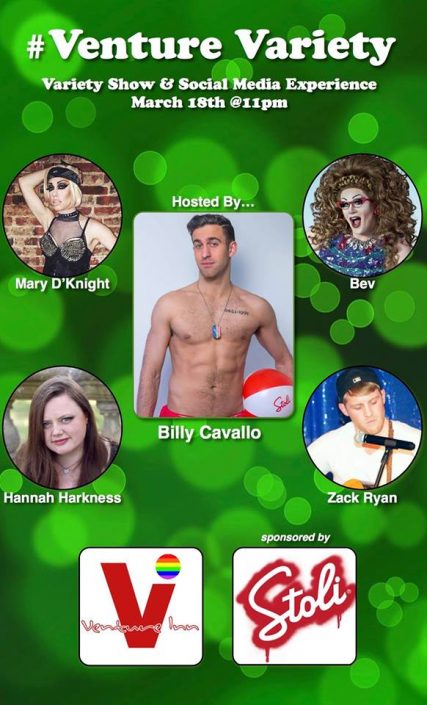 Check out this monthly variety show and watch performers dazzle you with their talents. Performers for this go-round are Zachary Ryan, Bev, Hannah Harkness, and Mary D'Knight will be bringing you some Gaga realness. Wednesday, March 18th, 10pm, free, Venture Inn, 255 South Camac Street. 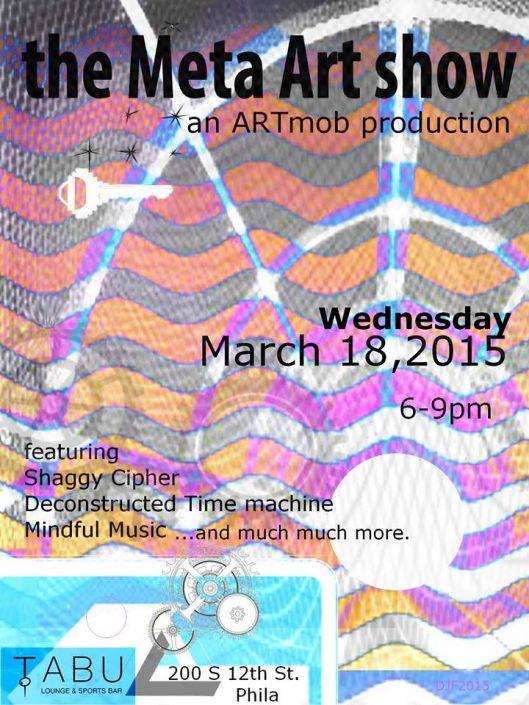 ARTmob Entertainment brings an arty experience to the second floor of Tabu with a multimedia gallery of work that has been through time and space. You can even look at a deconstructed time machine. Music will be provided to set the tone of the work on display. Wednesday, March 18th, 6pm, free, Tabu Lounge, 200 South 12th Street.

To start the spring season, come out for this nymph-themed NSFW Dance Party. DJ Sharyn Stone will provide all your music needs, and as usual these dance parties can get a little steamy. Friday, March 20th, 10pm, free, Medusa Lounge, 27 South 21st Street. 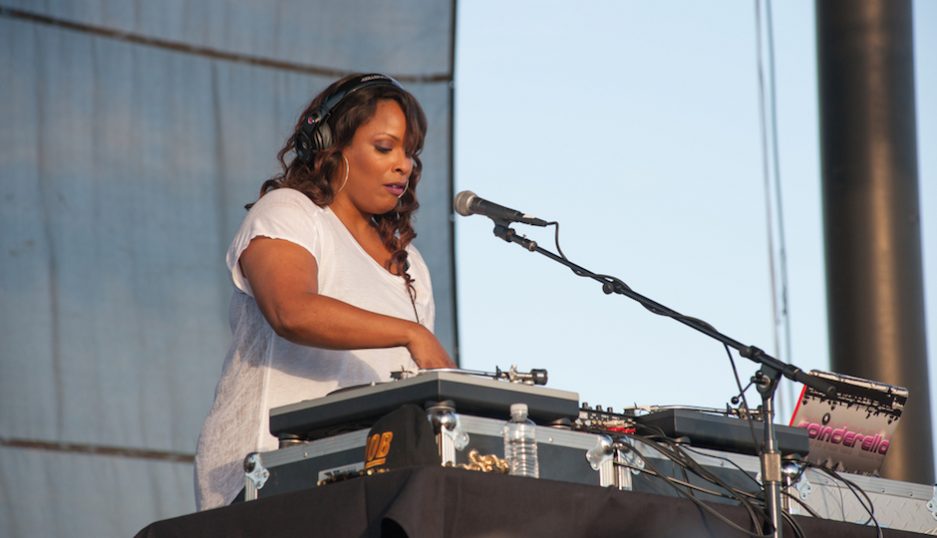 Philadelphia FIGHT is celebrating Y-HEP's 20th anniversity of improving the lives of LGBT youth. A '90s dance party to commemorate everyone that helped with Y-HEP. DJ Spinderella will be there to spin some jams for the night. Buy your tickets here. Friday, March 20th, 7pm, $125-$400, Moore College of Art and Design, 1916 Race Street. 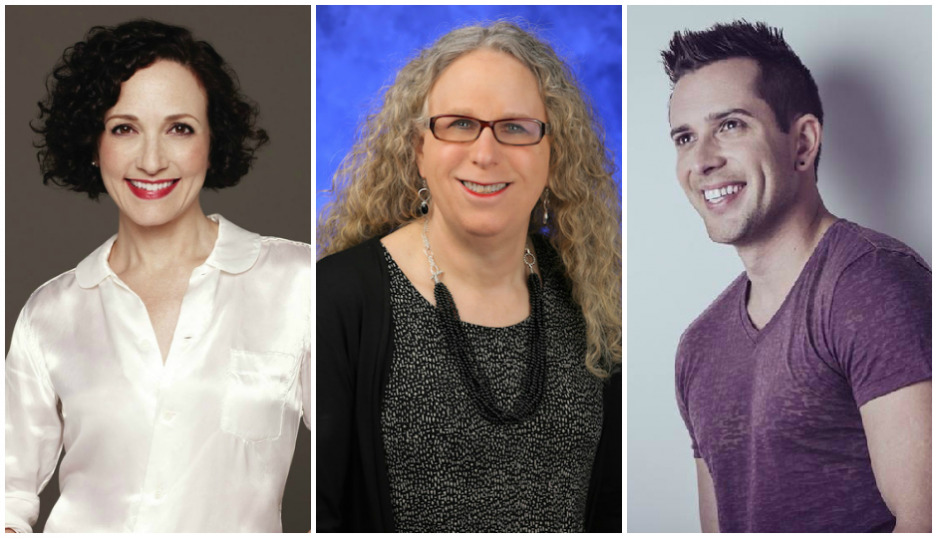 For the past 19 years, Human Rights Campaign has been working hard to bring equality to the LGBT community and what better way to celebrate their hard work than by going to their annual Gala Dinner fundraiser. The evening is rife with special guests, like Bebe Neuwirth, Dr. Rachel Levine and former American Idol David Herndandez. Buy your tickets here. Saturday, March 21st, 5pm, $125-$225, Sheraton Philadelphia Downtown Hotel, 201 North 17th Street.

After a spectacular evening at the HRC Gala Dinner come out for this dance party with some of Philly's organizations: The Welcoming Committee, Pulse, Stimulus, Crystal Queer, and NSFW Dance Party. They ask for a $5 minimum donation for those who didn't attend the gala. Saturday, March 21st, 10pm, $5, Icandy, 254 South 12th Street. 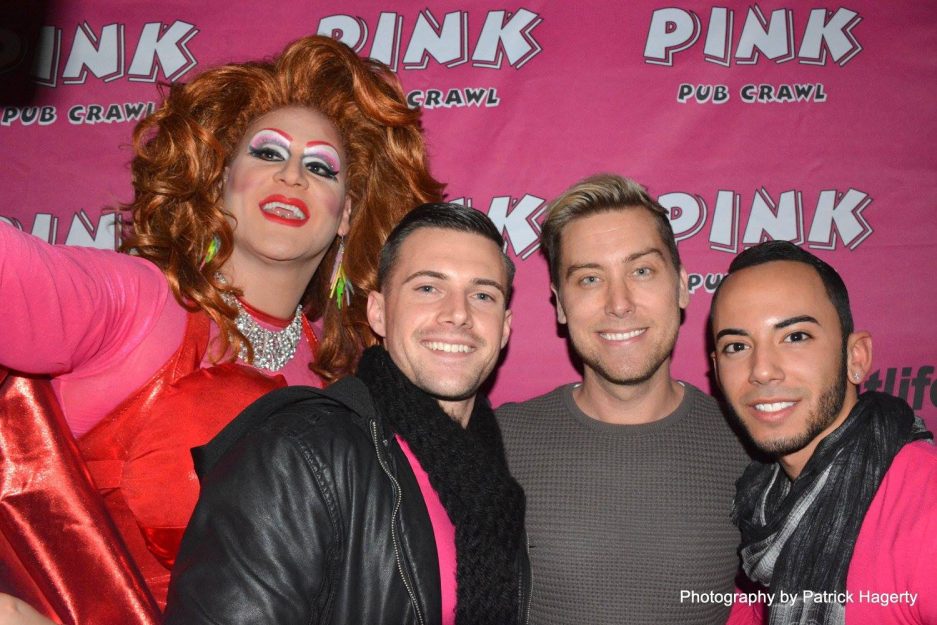 Dress up in pink and join the bar crawl through the Gayborhood. Here's the order of bars they're going to: Stir Lounge, Boxers PHL, Camac Street has several and can choose from UBAR, Tavern On Camac or Venture Inn, and then stop at Voyeur. Don’t let the photo fool you; Lance Bass won’t be joining this crawl … but a famous face always ends up in the mix somehow. Saturday, March 21st, 9pm, $20-$30, Stir Lounge, 1705 Chancellor Street. 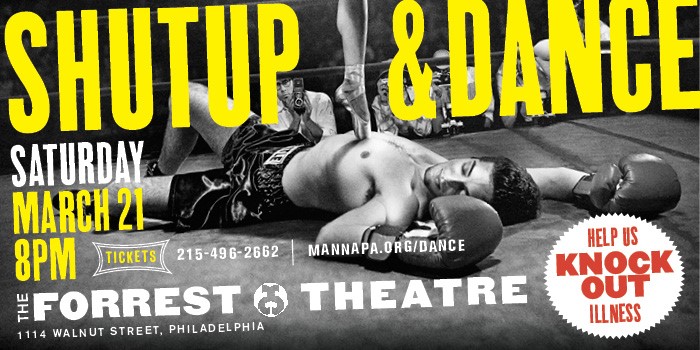 Shut Up and Dance

Dancers of Pennsylvania Ballet are having a benefit for MANNA. Inspired by the dancers from '92 who lost their loved ones to HIV/AIDS. Their solution to honor their memory was to shut up and dance, hence the party we continue to celebrate today. There will be an after-party at Tabu immediately following. Buy your tickets here. Saturday, March 21st, 8pm, $25-$100, Forrest Theatre, 1114 Walnut Street. 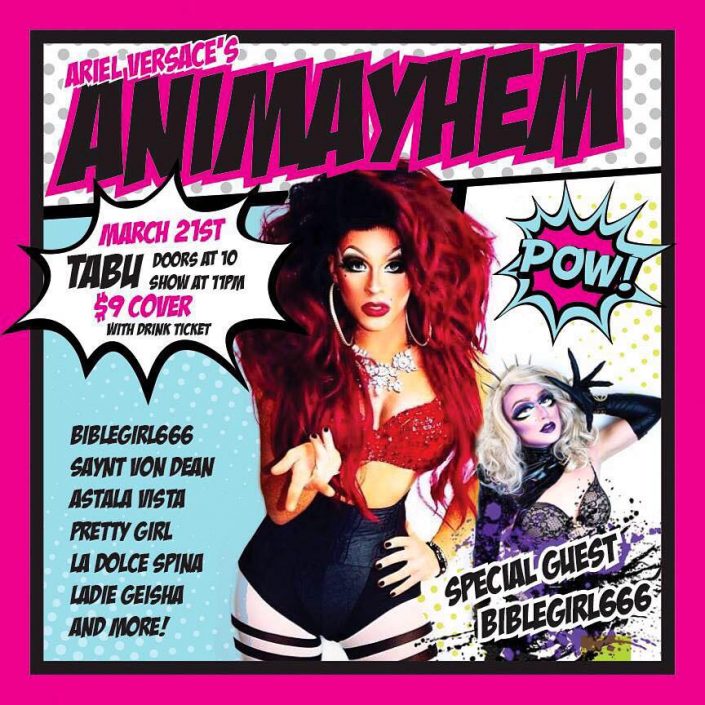 Join Haus of Ham as they debut their first official show! Eric Jaffe, Pissi Myles, Mistor Fahrenheit, and Lili StQueer are coming together to bring you a night of music, comedy, and of course some ham. Buy your tickets in advance here. Saturday, March 21st, 10pm, $8, Voyeur, 1221 Saint James Street. 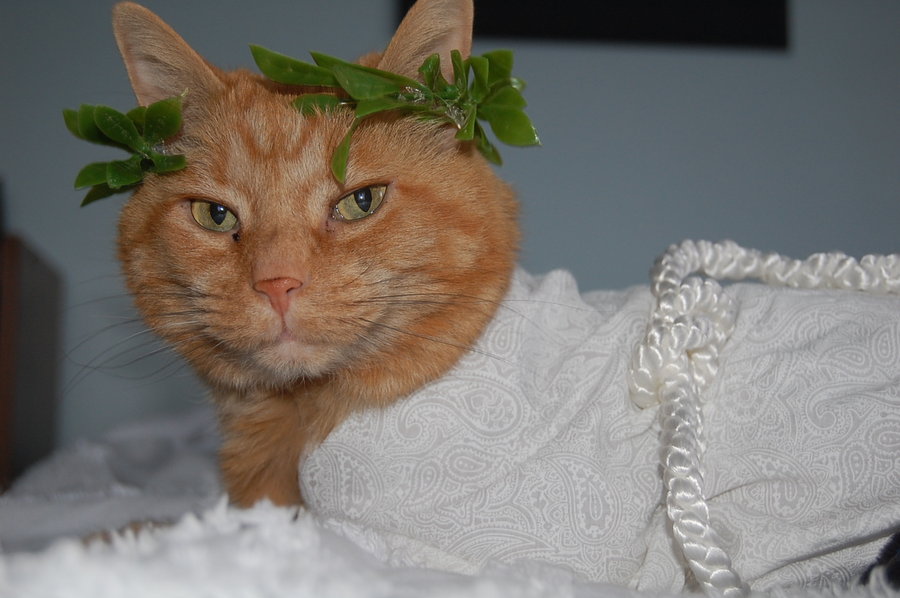