A sample of Smith’s work. as it’s supposed to look. Vandalized images below.

Philadelphia artist Rachelle Lee Smith‘s traveling exhibit “Speaking OUT: Queer Youth In Focus,” which caused quite a positive stir in town when it was exhibited on the corner of Broad and Walnut in the now-defunct Robinson Luggage store (some of the prints are still there), has fallen victim to homophobic vandals during an exhibit in Connecticut.

Assailants allegedly broke into the display at the University of Connecticut‘s student union art gallery and used markers to damage the pictures. The exhibit was to be part of the upcoming True Colors Conference, according to Smith.

“There [was] a binder [left in the exhibit] that says ‘God hates the gays,’ two prints have penises on them and I was given a mustache,” says Smith. “If the prints themseleves get damaged, it’s a big deal. They are one-of-a-kind, handprinted in an almost obsolete darkroom machine. And each image comes with a  handwritten message by the subjects, some up to 13 years ago.” She shares some of the vandalized images below: 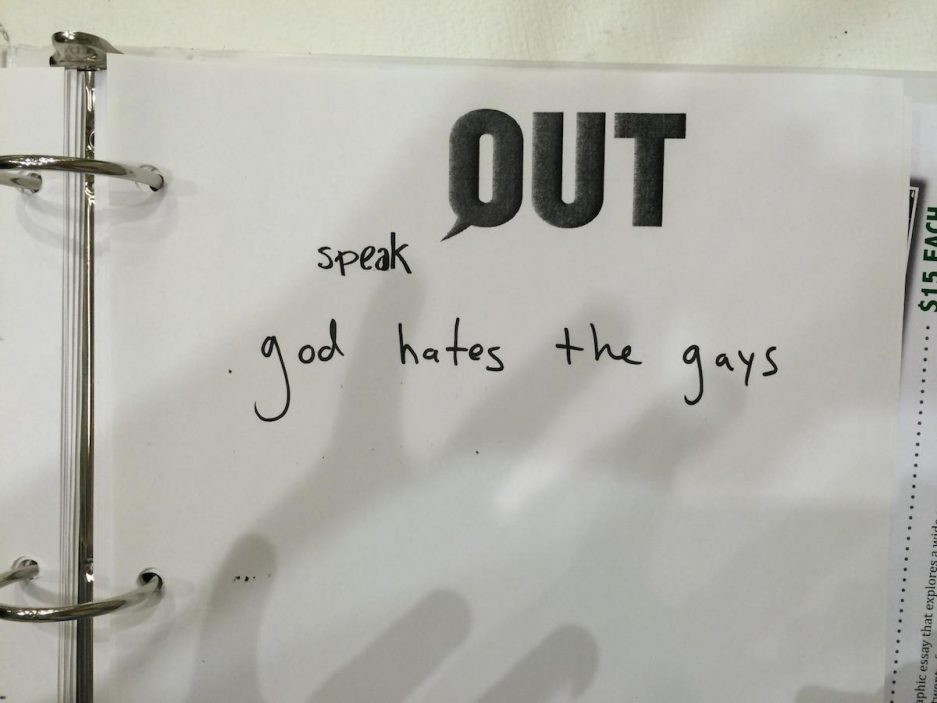 Scribbled on a binder that was left at the exhibit. 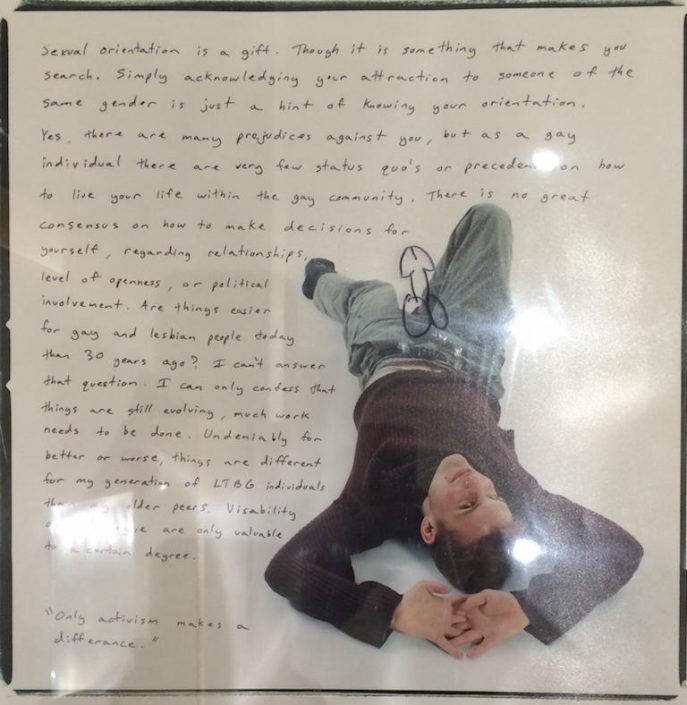 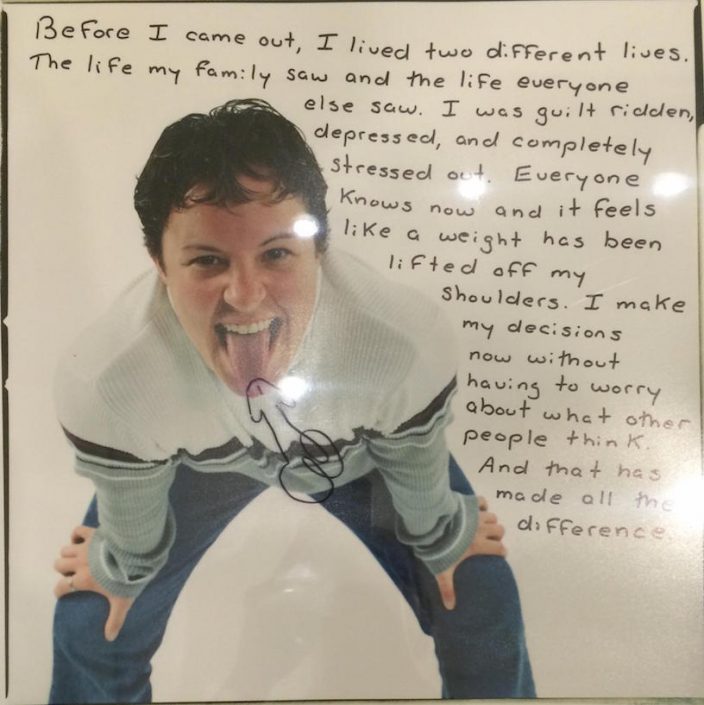 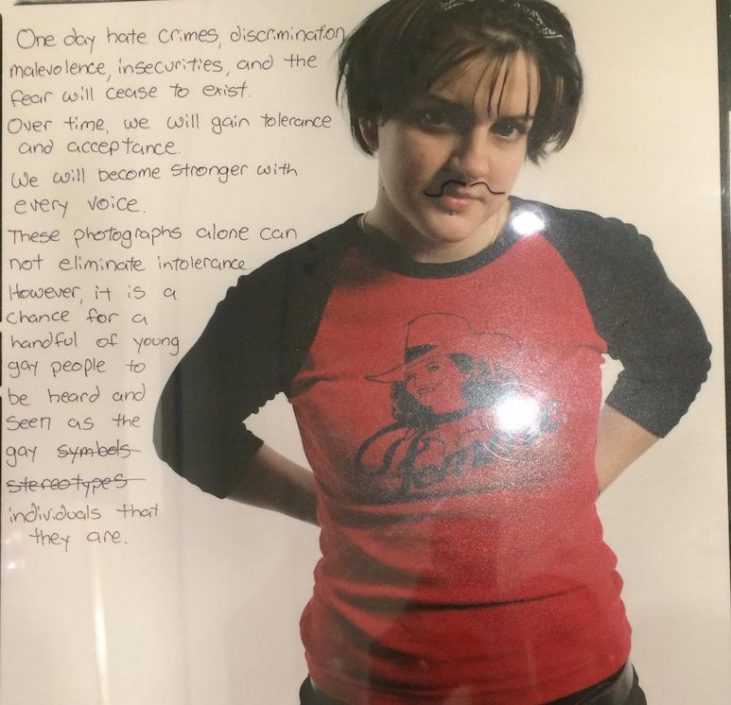 The University has reached out to Smith for guidance regarding how to handle the situation and new frames have been purchased for some of the works. Smith also said a police report has been filed and she’s been working with the vice president of student affairs at the University.

According to Smith’s website, she describes “Speaking OUT” as”an ongoing photographic essay that gives members of the LGBTQ community a voice. Over the last decade I have worked both as artist and activist to use photographic portraits with the subjects’ own words to highlight the myriad differences and commonalities of queer identity.”

Anyone who might have information regarding the defacement of the exhibit can submit an anonymous tip via U Conn’s police department website.