15 Gay Things to Do in Philly This Week

A town hall with Brian Sims, Elicia Gonzales gets DTF, gay magic, Out at the Opera and more. 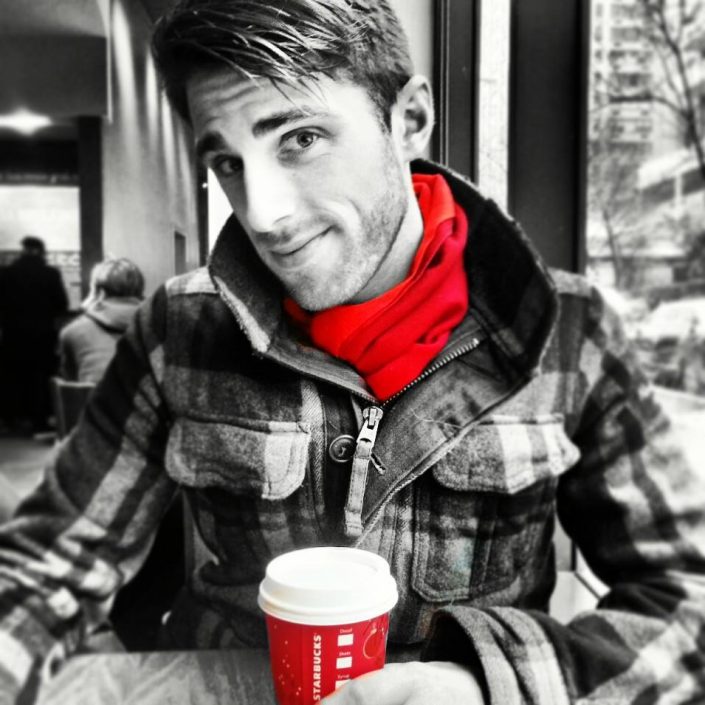 After having to delay due to snow at the beginning of the year, Light the Lights! is back with songs all about New Year's Resolutions. The lineup of songbirds includes Rachel Pinkstone, Frankie Rowles, Ryan Wyrofsky, Aliya Bowles, Lauryn Obozian, and Travis Keith Battle. The always uproarious R. Eric Thomas and Donald Harrison hosts. Monday, February 9th, 8pm, $8-$10, L'etage, 624 South 6th Street.

Imagine eating yourself to death. Sounds dreadful. That’s what Charlie, the protagonist in the darkly humorous and poignant play The Whale, essentially does: After the death of his partner, Charlie balloons to 600 pounds, refusing to leave his house due not only to his depression, but his size. As his estranged daughter attempts to reconcile with Charlie, we get to see how family takes on a variety of meanings. Read our Q&A with the actor behind the suit, Scott Greer, here. More info and tickets can be found here. Tuesday, February 10th- March 1st, 7pm. $10-$50, Studio X, 1340 South 13th Street. 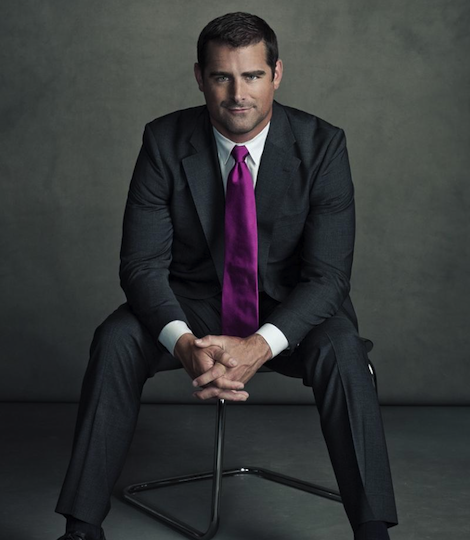 Out State Representative Brian Sims is throwing his first town hall of his new term, where he will answer questions ranging from what he's done in office over the past year to the work he's got planned down the road. He's there to answer questions, too, so bring some tough ones—particularly those about how he plans pass statewide LGBT anti-discrimination laws and ones that protect the LGBT community from hate crimes. Thursday, February 12th, 6pm-7:30pm, free, Bonnell Auditorium at Community College of Philadelphia, 1700 Spring Garden Street. 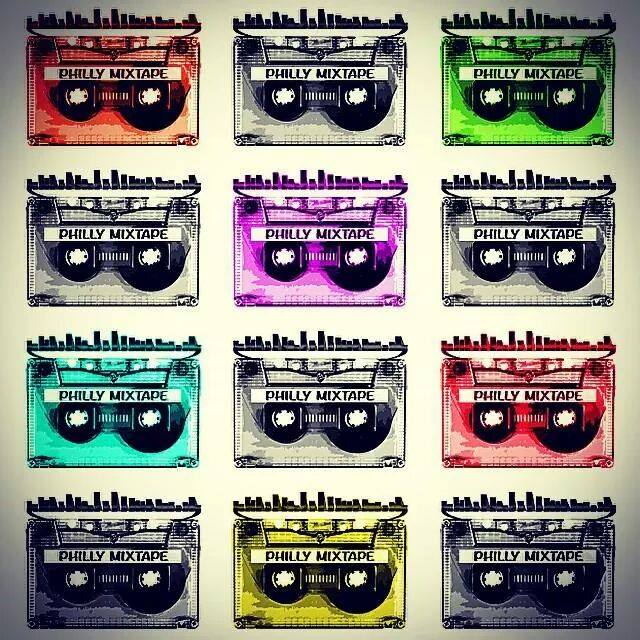 Former G Philly music contributor Patrick DeMarco has decided to branch out on his own on a new local music blog, Philly Mix Tape. This week the project gets the grand-kickoff treatment with a bash at Cafe Twelve. There, you can score some Philly Mix Tape merch and gab with DeMarco about his plans for the blog. Proceeds from the evening will go to Morris Animal Refuge. Thursday, February 12th, 7pm - 9pm, free, Cafe Twelve, 212 South 12th Street. 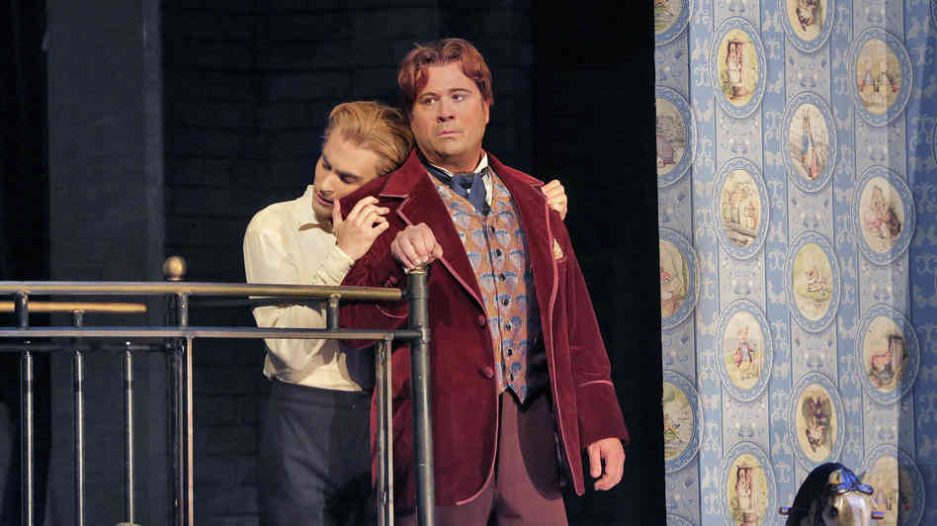 Out at the Opera

Opera Philadelphia presents a chilling tale of one of literature's greatest—and gayest—scribes in Oscar. Fittingly, the company has put together an "Out at the Opera" night, so you and local LGBTers can sit together to watch the riveting opera about the life of Oscar Wilde and how his forbidden love reaped severe consequences to his career and reputation as a writer. Save $20 on “Out at the Opera” tickets when you use the discount code "PRIDE." And read our interview with David Daniels, the man who plays Wilde, here. Friday, February 13th, 8pm, $19-$219, Academy of Music, 240 South Broad Street. 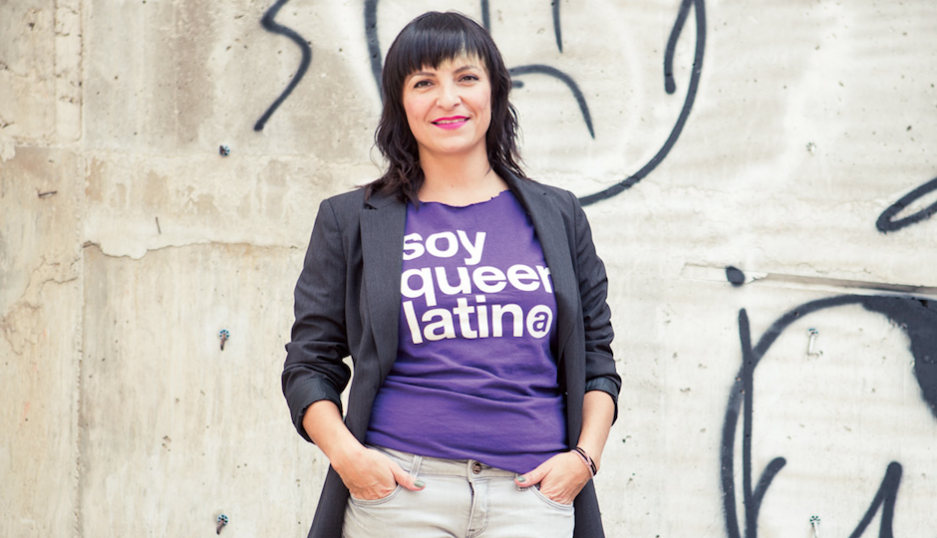 Join comedian Darryl Charles and Elicia Gonzales (co-hosting for Dr. Timaree) as they make sex fun for everyone with games, comedy, and sex ed. Joining them will be comedians Corin Wells and Joe Sabatino. Bring a significant other, bring a friend (yes even Jack Daniels counts) and be part of this laugh riot while learning something new and sexy. Buy your tickets here in advance. Friday, January 13th, 10:30pm, $10-$12, Philly Improv Theater, 2030 Sansom Street. 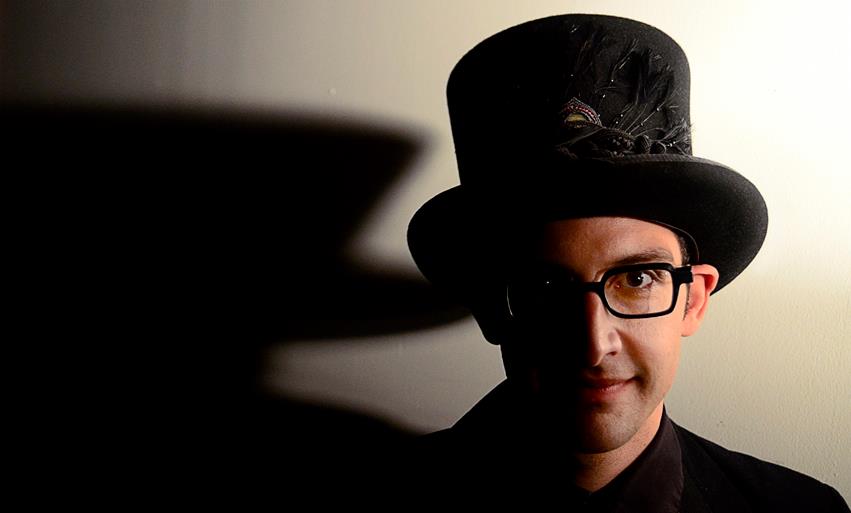 Out magician David London is coming from Baltimore to perform a weekend of shows in Philadelphia. His shows are described as a mix of "magic with storytelling, comedy, puppetry, philosophy, and surrealism." It's so much to see all at once but that's the magic behind his talent. He'll disappear by Sunday so check out his performance. Buy your tickets here. Friday, February 13th-15th, 11pm, $13-$25, The Actors Center, 257 North 3rd Street. 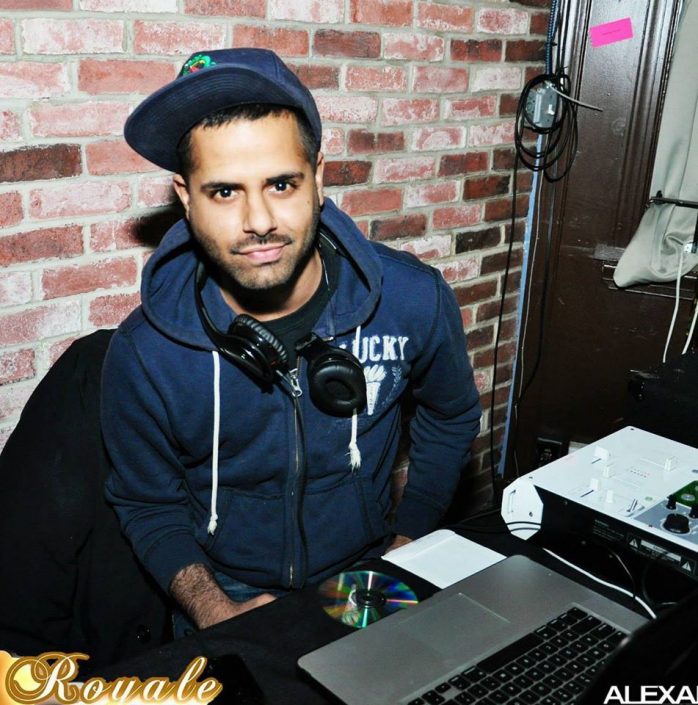 Join Sugur Shane, Trprkpr, and DJ Javascript (pictured) as they provide you with some great club music to dance to. Special guest is DJ NOMS from Boston. House, vogue, and bass is all the rage at this party with cheap drinks to keep the evening going. Friday, January 13th, 10pm, free, Medusa Lounge, 27 South 21st Street. 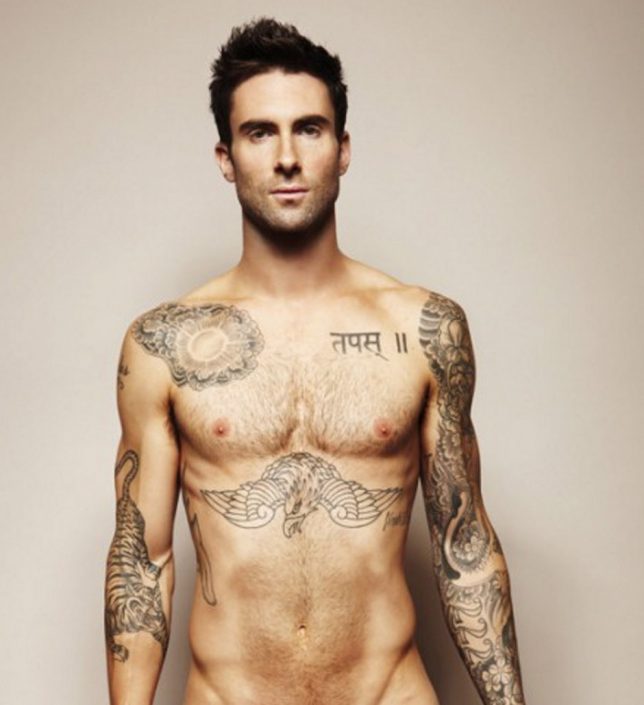 Heads up, bears, leather daddies and overall ink enthusiasts: Tattoo artists from Philly and around the country are coming to town this weekend to show off their work at the Philadelphia Tattoo Arts Convention. If you have an ink addiction you can treat yourself to a tattoo by some of Philly's best tattoo artists. If not, well, just enjoy the artwork. After a fun day there, unwind at The Bike Stop, Woody's, or U Bar with great cocktails and great company. Friday, February 13th-15th, 2pm-12am, 11am-12am, 11am-8pm, $22-$45, Philadelphia Convention Center, 1101 Arch Street. 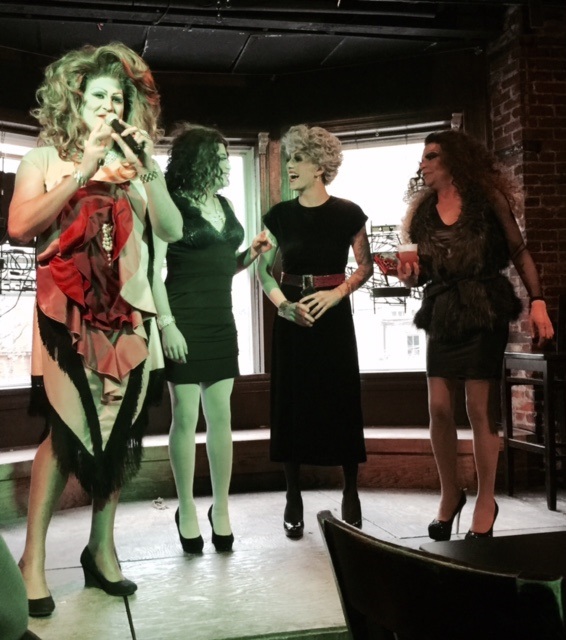 Not Your Bubbe's Drag Brunch

Brittany Lynn, Philly's Jewish American Princess, along with Spectrum Philly are bringing to you a special brunch, where you can cure your morning hangover with all the matzoh ball soup you can muster. Buy your tickets early here, sometimes these brunches get sold out. Sunday, February 15th, 11am, $20, Tabu Lounge, 200 South 12th Street. 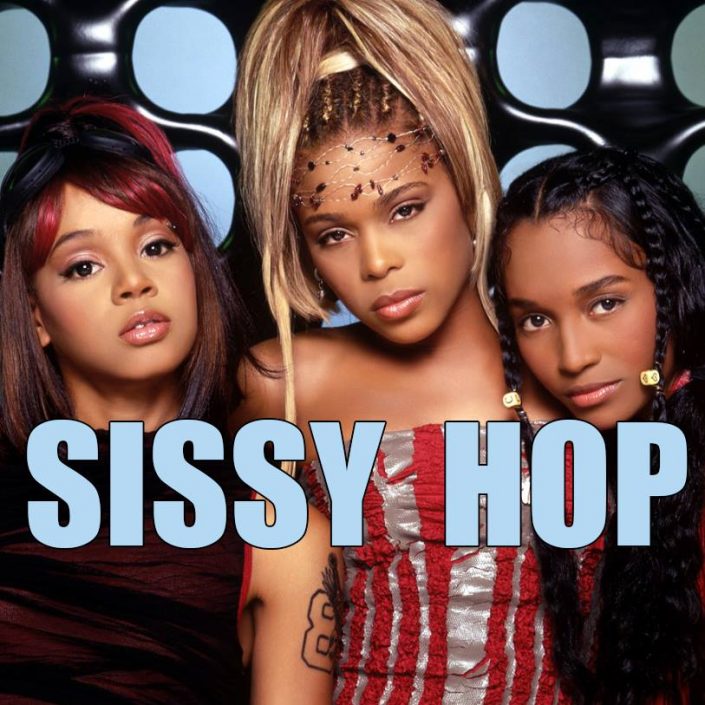 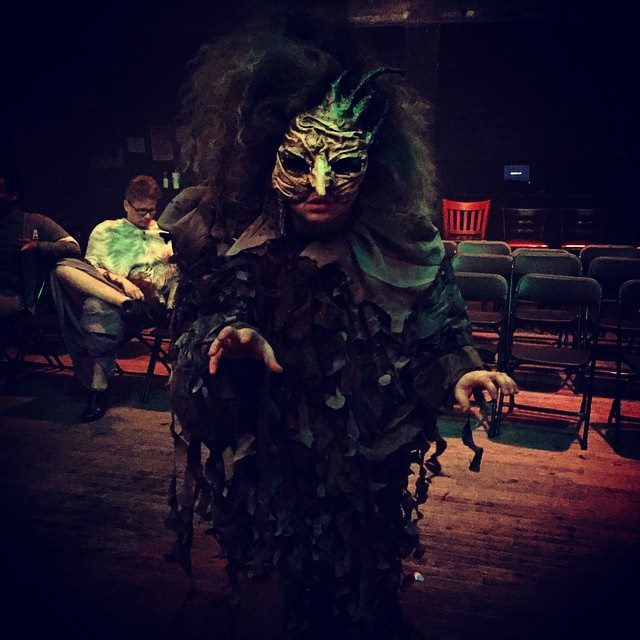 Mimi Imfurst as The Witch (pictured). Steve Cizzle as The Prince. This is already looking like a winner. So many of your favorite local drag queens are putting on Into the Woods, giving Meryl and Anna Kendrick and all those others starring in the movies right now in theaters a run for their money. The one thing we need to know is ... who is playing the Mysterious Man? Sunday, February 15th, 8pm, Voyeur Nightclub, 1221 Saint James Street.