11 Gay Things to Do In Philly This Week: Hanky Panky With NSFW Dance Party, a Bash For Furries, Stimulus’s Black and White Affair and More 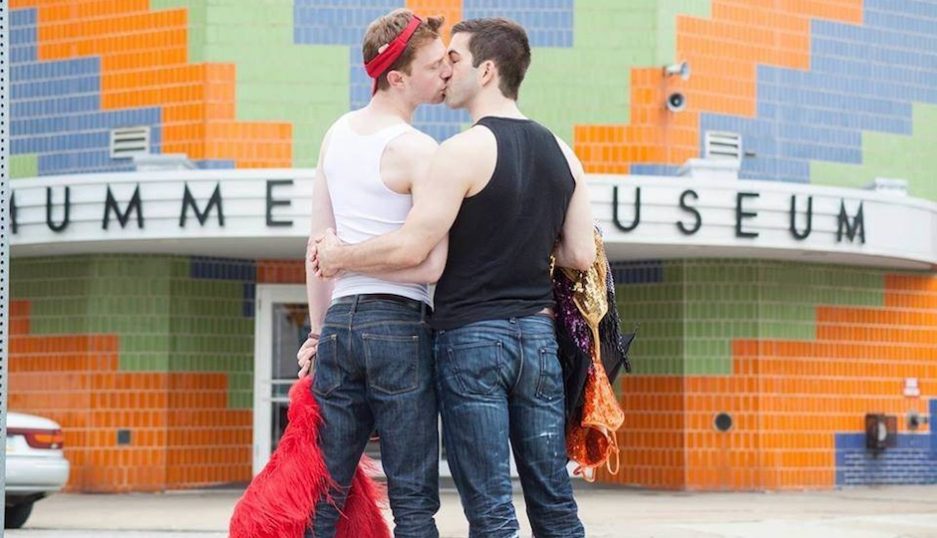 Just off their gay-twisted take on Romeo and Juliet, Two Street (pictured), Philly theater troupe Tribe of Fools is resurrecting its karaoke night at Quig's Pub. The theme is "Broadway," so come ready to belt your brains out. You don't have to sound good, it's all about having fun. Look out for special performances from Tribe of Fools company members Terry Brennan, Tim Popp, Zachary Chiero and Peter Smith. Tuesday, November 18th, 10 p.m. to midnight, Quig's Pub at Plays and Players Theater, 1714 Delancey Place. 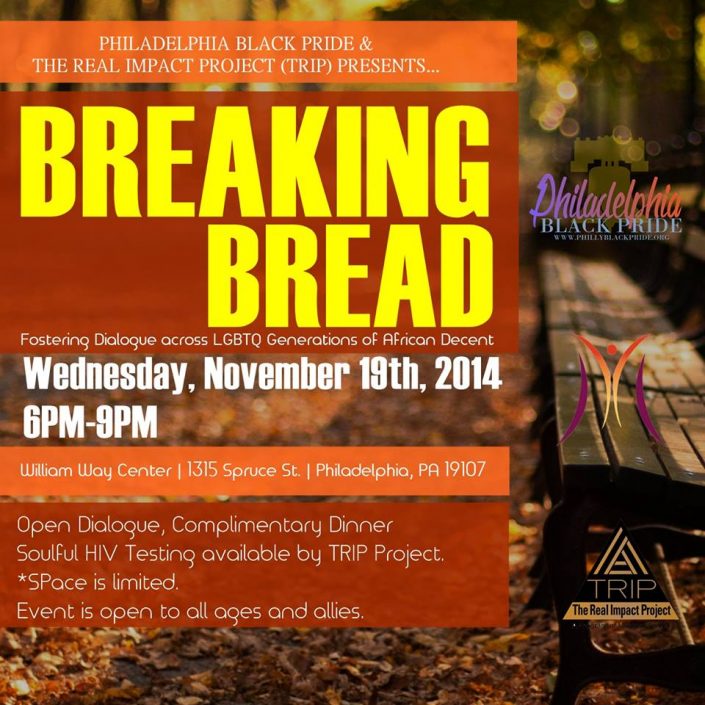 Philadelphia Black Pride and Mazzoni Center's The Real Impact Project (TRIP) is banding together for "Breaking Bread: Fostering Dialogue across LGBTQ Generations of African Descent." Community leaders will come together, whip up some grub and invite an open dialogue that explores social change through "conversation about generational differences and inter-generational opportunities." It's about moving forward with the help of our ancestors. What can they teach us? How can we apply what they've learned as we blaze trails for future generations? Those are the kinds of questions organizers hope to answer. Come prepared to spark a conversation, and to be inspired. Wednesday, November 19th, 6 p.m., free, William Way Community Center, 1315 Spruce Street. 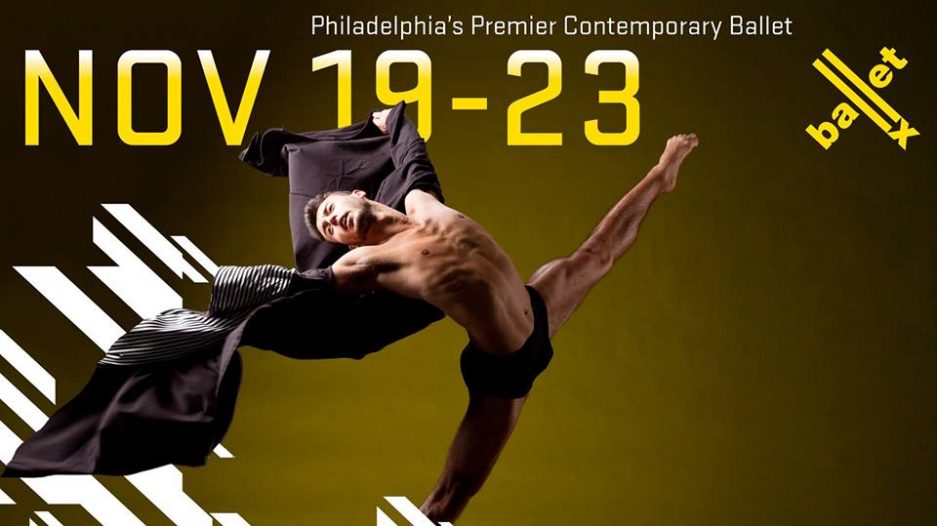 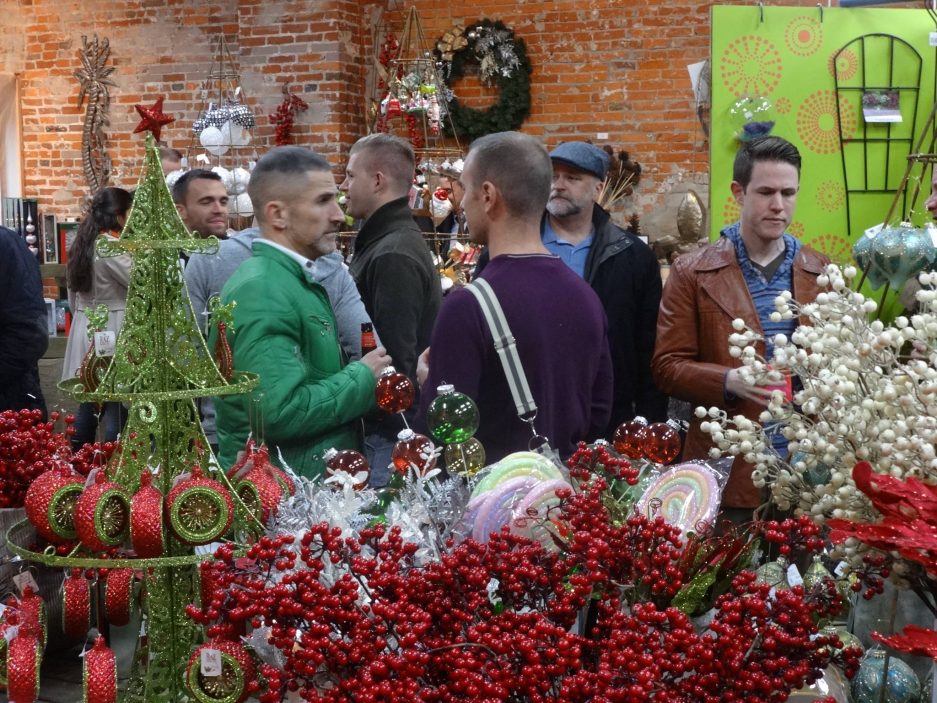 QOTA Under The Trees

East Passyunk's monthly Queers On The Avenue (QOTA) soiree gets into the holiday spirit with a seasonal gathering at Urban Jungle, which will display its evergreens for the occasion. There will be light fare and drinks, like Sailor Jerry and apple cider, served and MANNA will be on hand to sell pies for its Pie In The Sky fundraiser. Thursday, November 20th, 6 p.m., free, Urban Jungle, 1526-30 East Passyunk Avenue. 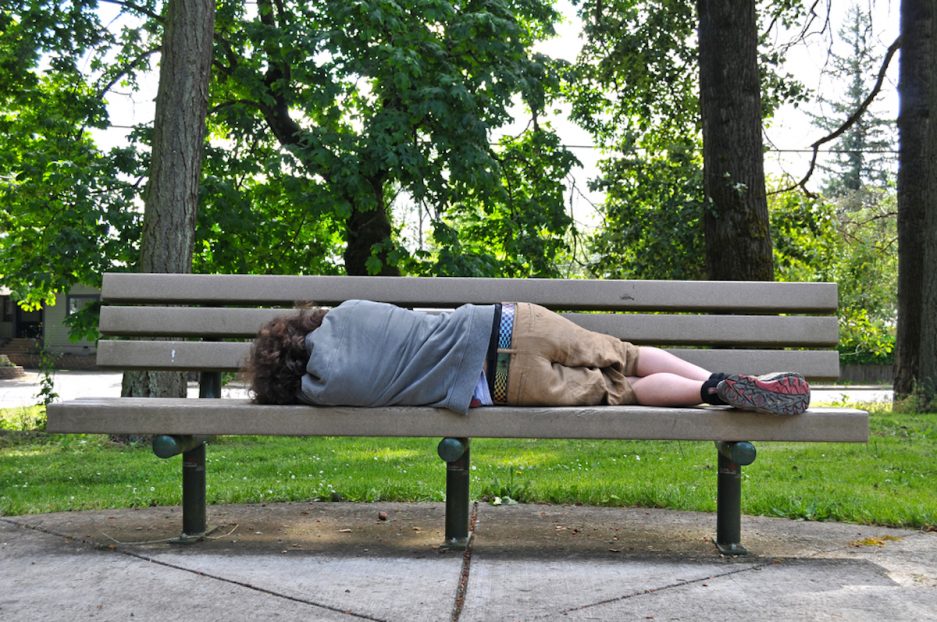 Change Philly Today is partnering with several LGBT college groups from around the region to participate in National Homeless Youth Awareness Week. And they're not going to be merely standing around waving signs or pinning on a button—these folks are going to spend an entire night in Thomas Paine Plaza to, as organizer Rusty Doll puts it, "show solidarity and bring awareness through experiencing for one night what it is like to be homeless." The evening will begin with a short introduction, then Change Philly will provide a meal that it normally provides to homeless folks during its monthly street outreach. It includes turkey sandwiches, PBJs, a bottle of water and a piece of fruit. The rest of the evening will include a variety of activities to pass the time, like organized board and card games, and goofing around on Thomas Paine Plaza's giant Monopoly pieces. Thursday, November 20th, 6 p.m. to 6 a.m., Thomas Paine Plaza, Broad Street and JFK Boulevard. 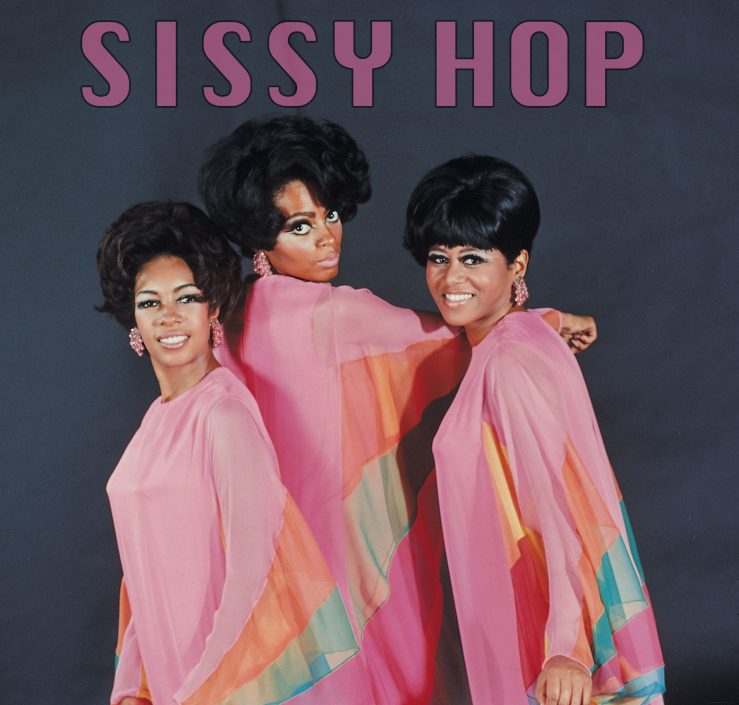 Sissy Hop at The Dolphin Tavern

If you're itching to dance during the week, you won't find a better place to do it than at Sissy Hop. DJs John Morrison and Nolia Selector will take turns playing soul classics—from Motown to girl groups to doo wop. Thursday, November 20th, 10 p.m., $5, The Dolphin Tavern, 1539 South Broad Street. 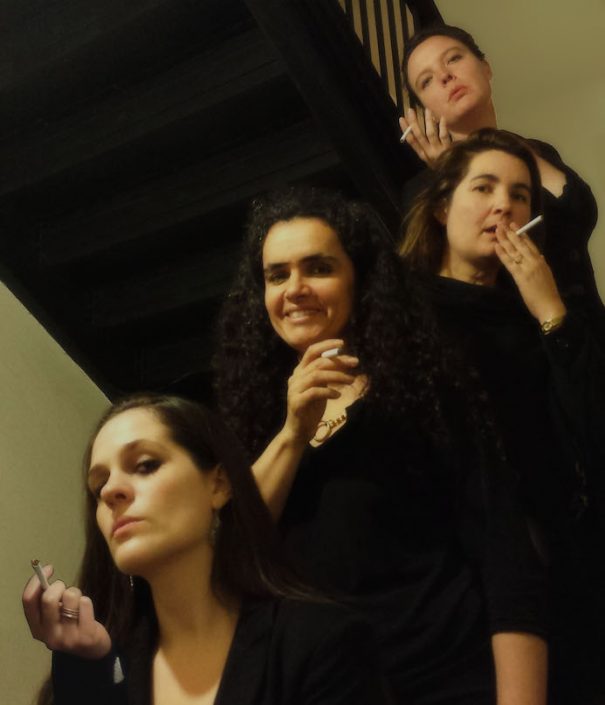 Heads up, culture queens: Cory O'Neill Walker of Artsong Repertory Theater Company (ARTCy) directs Alex Broun's dramatic tale about Gloria, who is "thrown into a whirlwind, tobacco-filled fantasy when she is faced with a challenge to go one minute without lighting up. She is whisked away to the Moulin Rouge, an Italian movie set, a Russian war table and a Wild West bar in a puff of smoke that leads to a personal epiphany." The whirlwind, art-song-heavy musical will feature tunes by Bizet, Shostakovitch, Respighi, Larsen, Copland and Schubert, and a handful of talented local opera singers. Friday, November 21st, and Saturday, November 22nd, 8 p.m., $20, First Unitarian Church of Philadelphia, 2125 Chestnut Street. 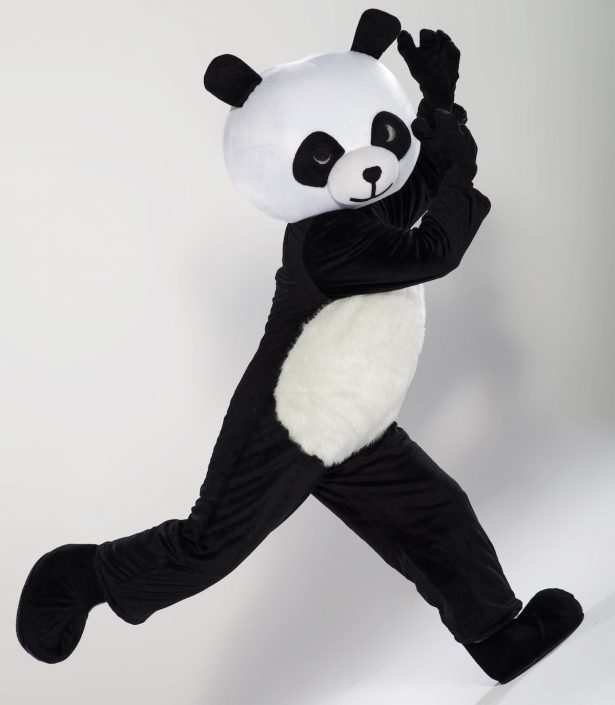 Unleashed: Paws On The Floor IV

Yes, Philadelphia has a furry dance party, and yes, it's happening this week. Slip into your plushest animal costume and throw your paws up to the sounds of DJ protocollie and a performance by Cara Kouture. Rawr! Friday, November 21st, 9 p.m. $5-$15, Tabu Lounge and Sports Bar, 200 South 12th Street. 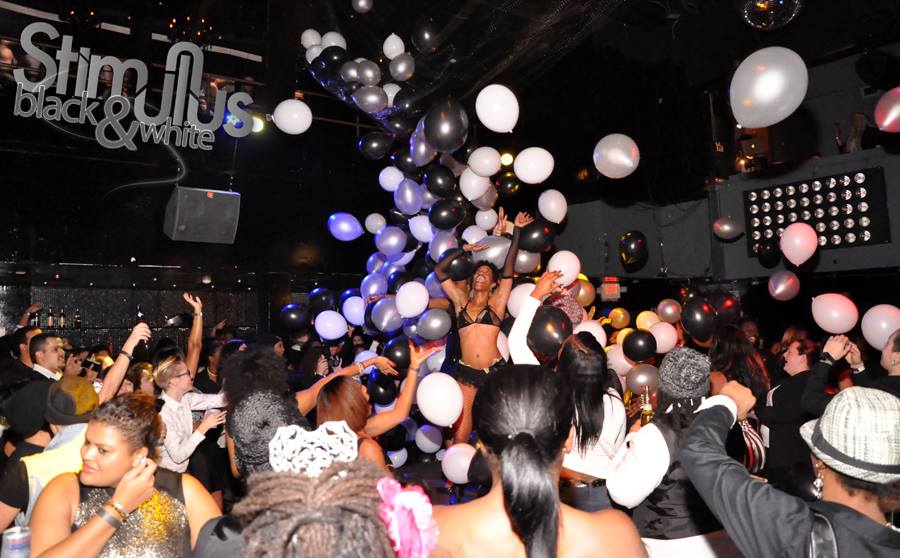 Michael Jackson said "It doesn't matter if you're black or white," and he was right. What matters is that you par-tay, and that's exactly what Stimulus has up its sleeve with its annual Black and White Party, bringing together folks from the community (but mostly lesbians) for a sexy autumnal shebang. (Emphasis on the "she.") Voyeur will be packed with go-go dancers, shot girls, scene-snapping photographers and smokin' hot lesbians out the yang. DJs Jovi Baby, Precolumbian and Deluxx will be spinning. Wear black and white to jive with the theme. Friday, November 21st, 10 p.m., $10 (before midnight), Voyeur, 1221 Saint James Street. 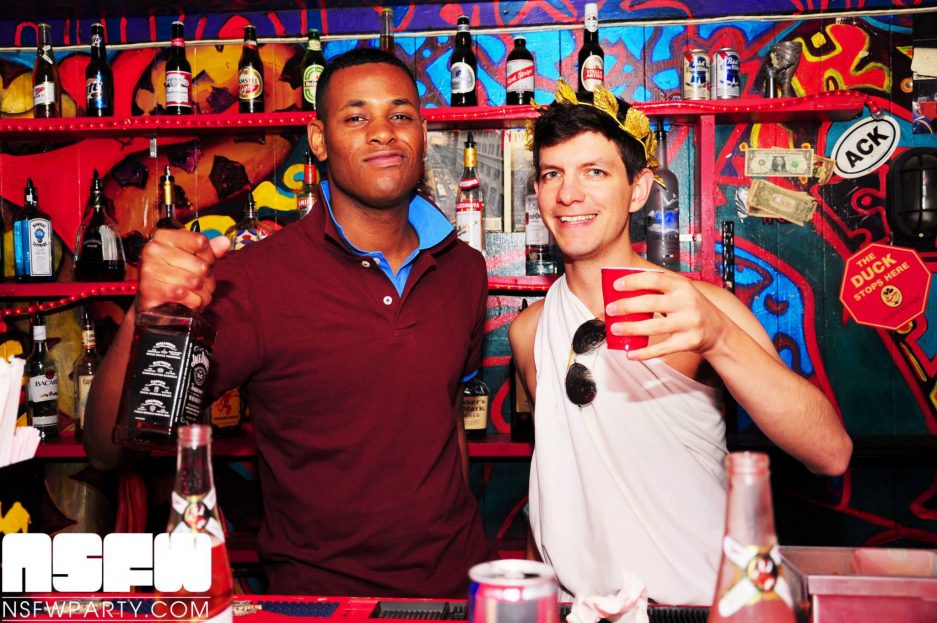 Study up on your gay hanky code before hitting up this month's NSFW Dance Party, hosted by Paul Blore and Marquise Lee (pictured.) Guests are asked to stuff a handkerchief into their back pocket that signifies what they're looking for that evening. Here's a pretty detailed chart, showing what color means what. But here are a few highlights: Mustard means "wants a big one," someone wearing a hanky that's red with a black stripe is looking for bears, and fuchsia wants to be spanked. What color will you be wearing? Friday, November 21st, 10 p.m., free, Medusa Lounge, 27 South 21st Street. 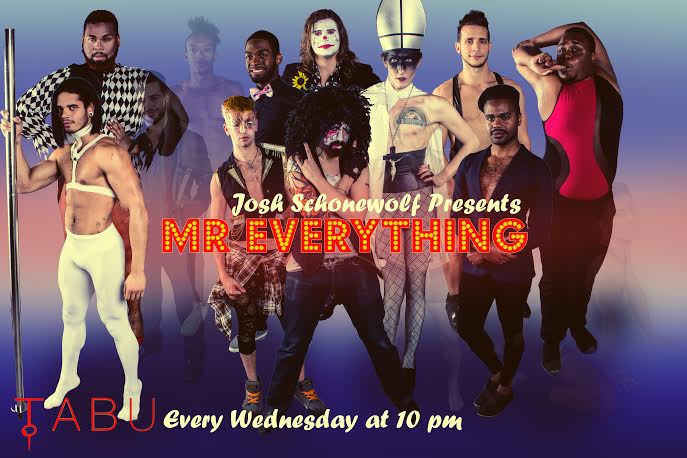