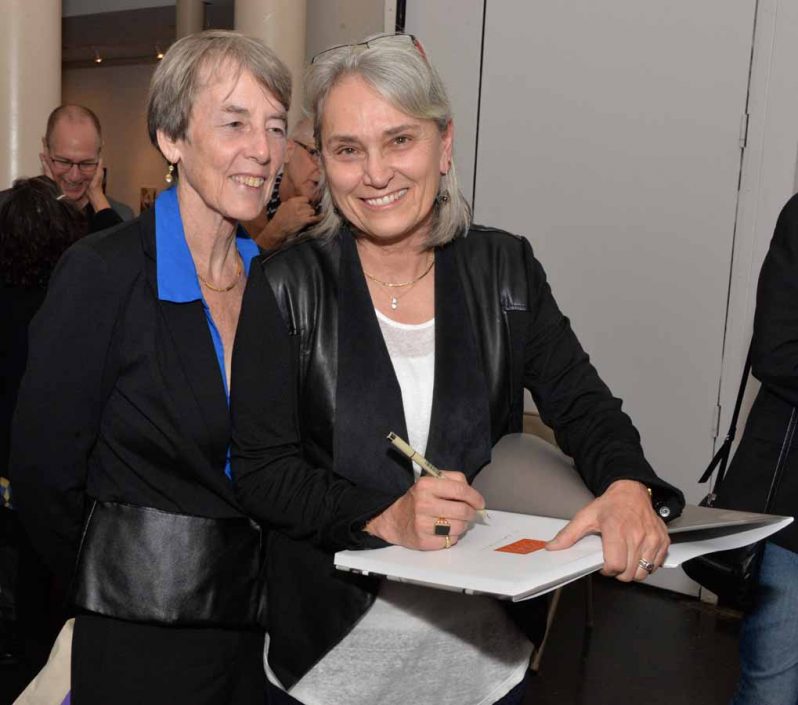 Barbara Proud (right) and Jan Felshin, who's been with her partner, Edrie Ferdum, for 55 years. 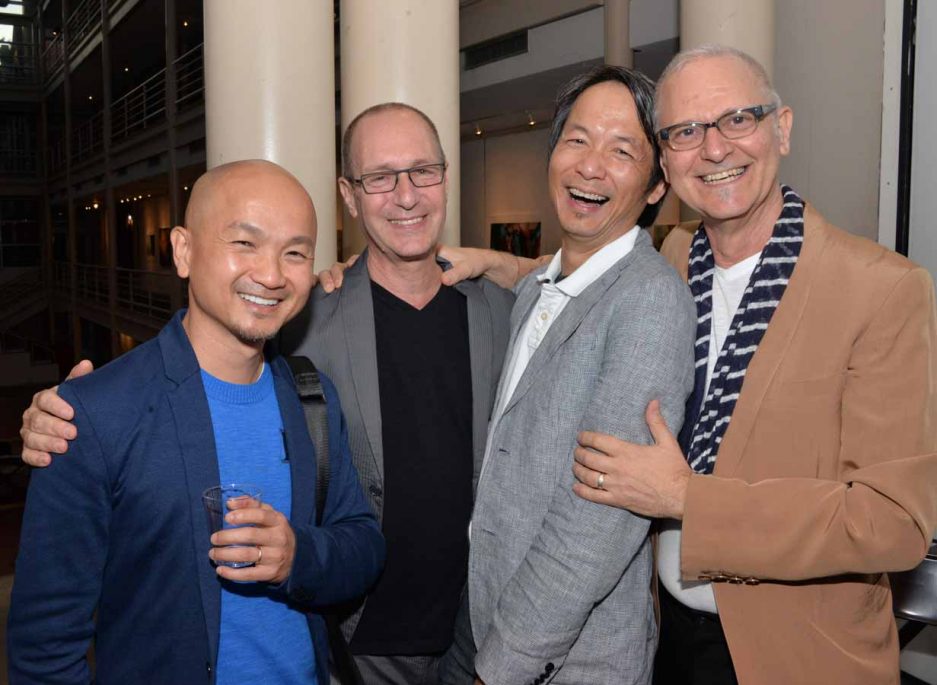 Home Nguyen, Dan Martin, Leng Lim and Michael Biello. Nguyen and Lim, Manhattan residents, are subjects in the book and have been together 19 years. 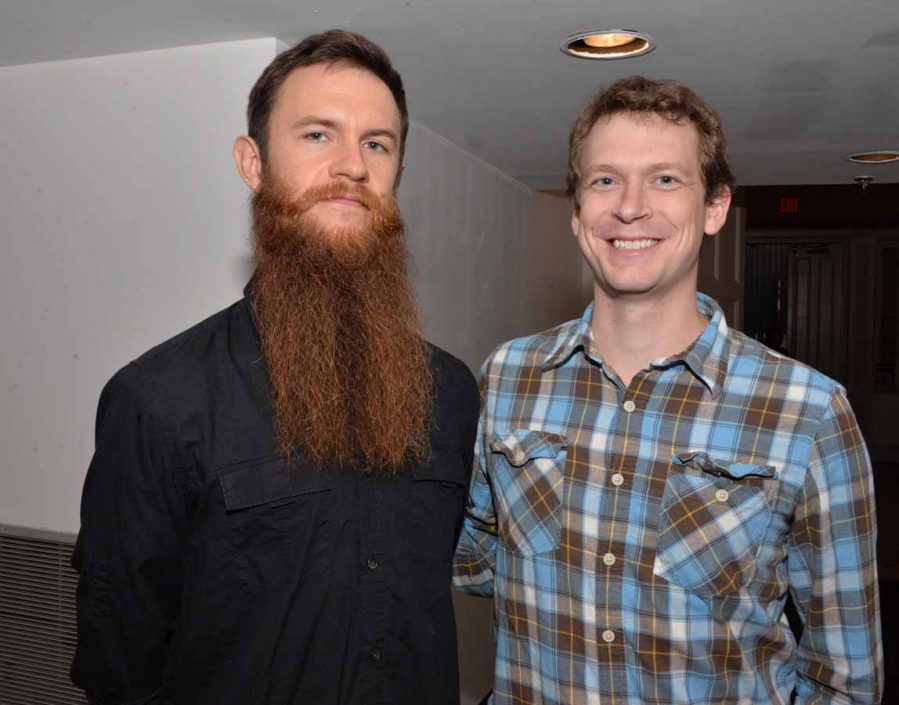 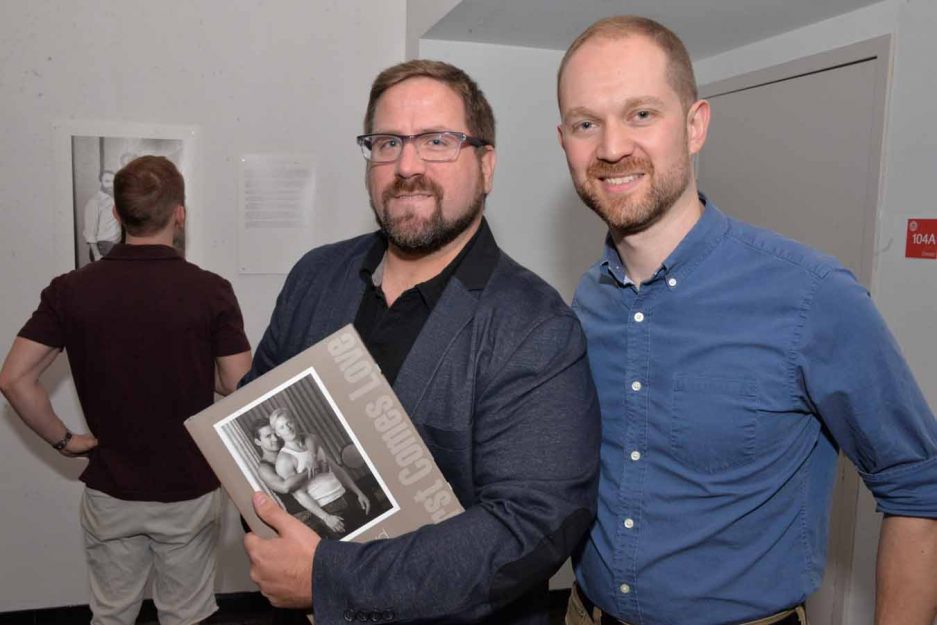 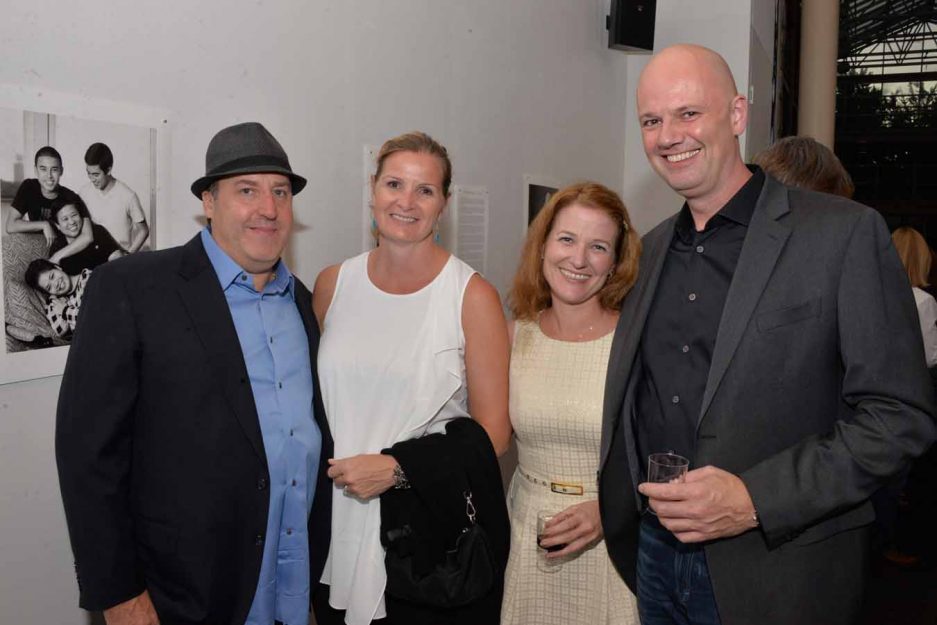 Richard Moore, Jeannette Moore, Maggie Bays, and Stuart Hovell are related to Proud. They tell me that she and her partner, Allison, have the longest relationship in the family, and many of the family members go to them when they need advice. 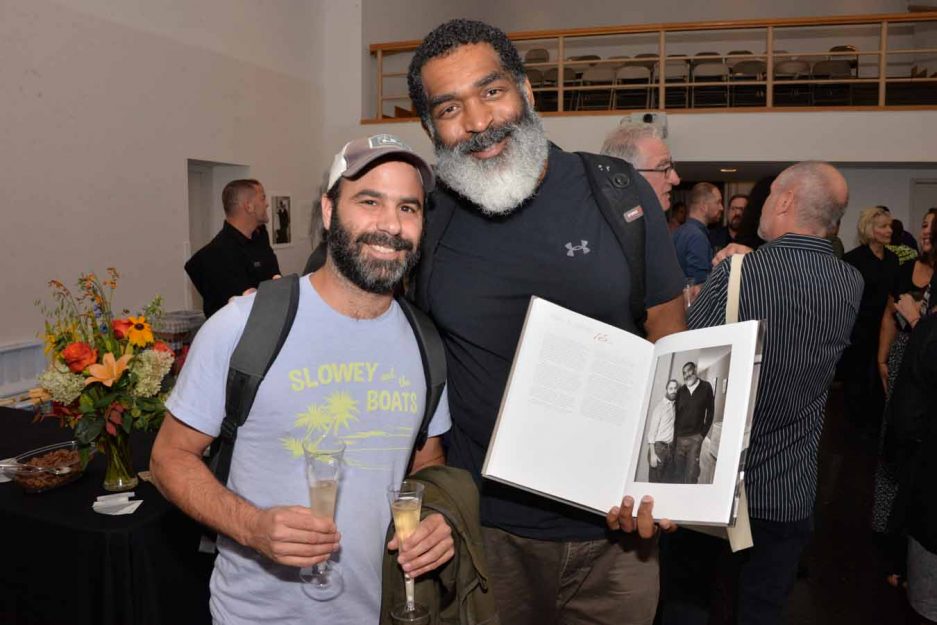 Marc Silver and James Rose, both artists, tell me the secret to their longevity is allowing each other the space to exercise their creativity in isolation, and not get personal about it. 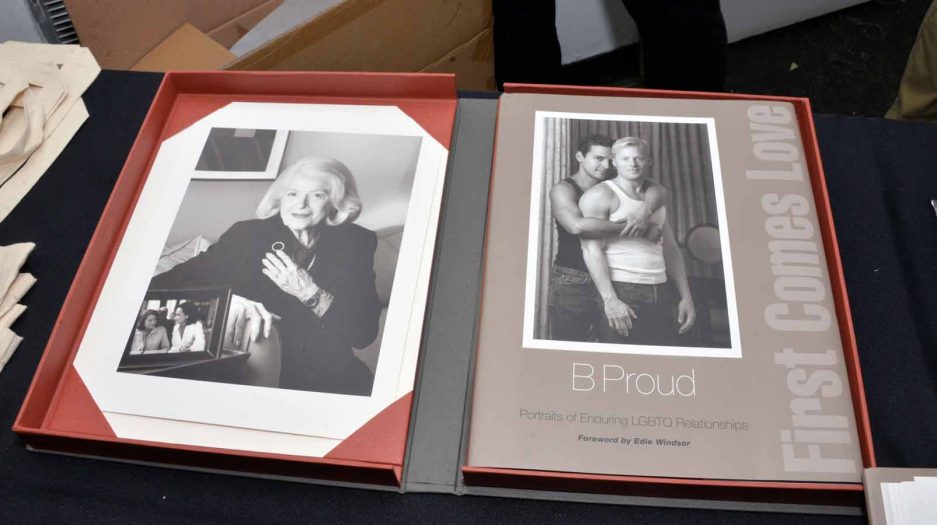 The forward to the book was written by Edie Windsor, whose challenge and eventual beating of DOMA seemed to set in motion the equality marriage act that is sweeping the nation. 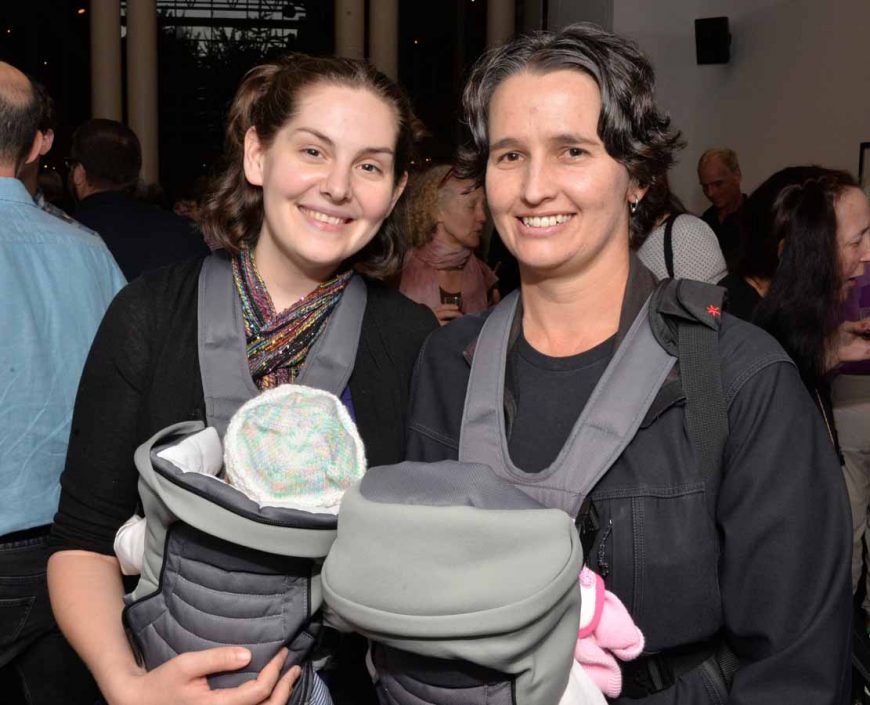 Laura and Jennifer Zaylea have been together for six years, having met in grad school. They recently became parents to twin girls and reside in Delaware. They tell me they're not getting a lot of sleep, but are loving the experience. 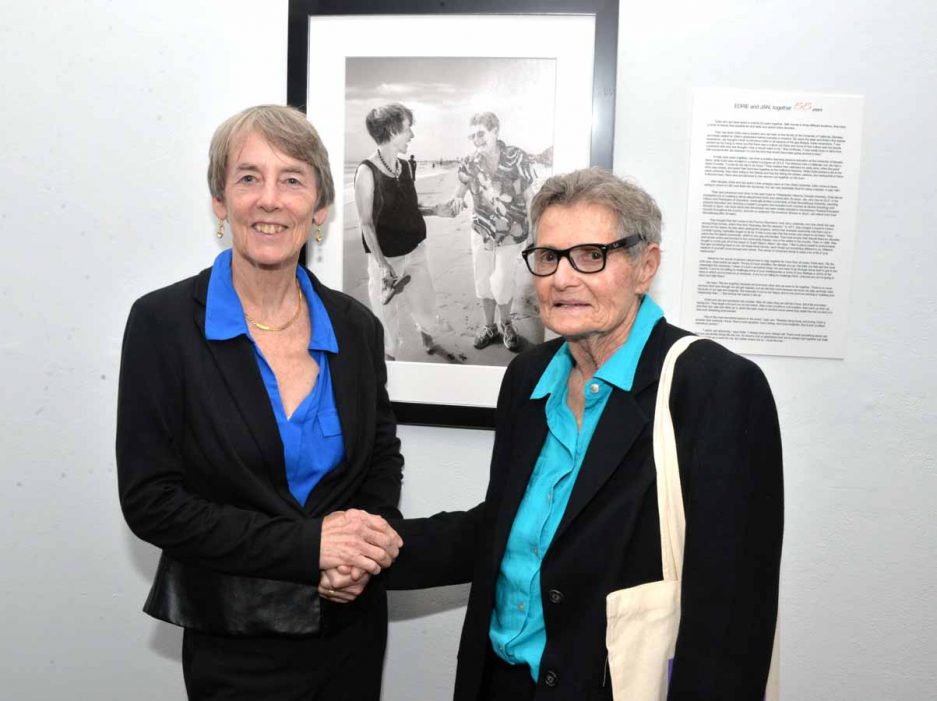 Edrie and Jan together 55 years. Edrie was the head of the dance program at Temple University for 30 years. 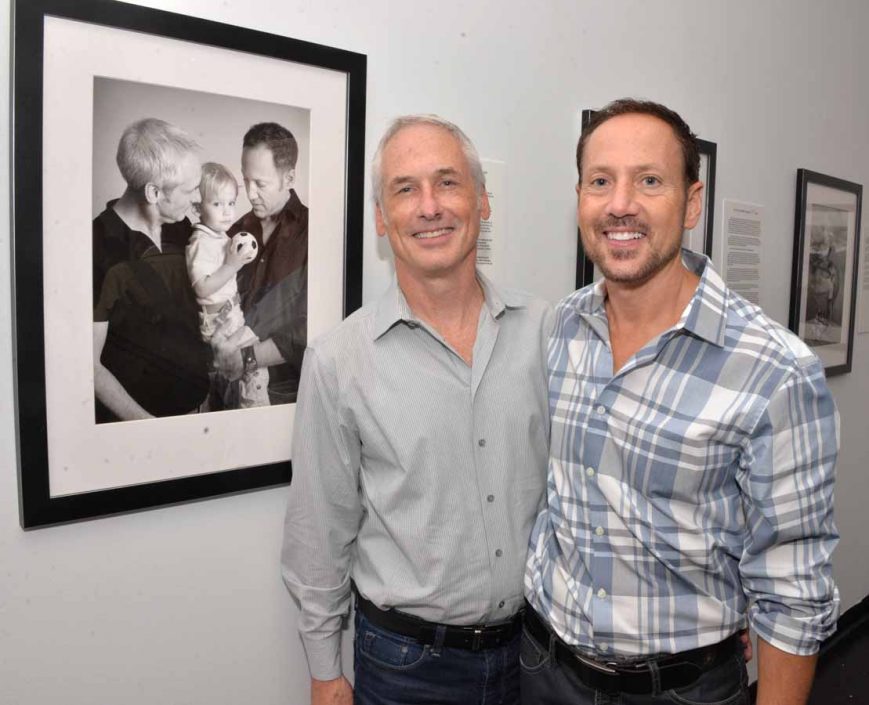 Harvey Hurdle and Kevin Yoder are the proud dads of 2-year-old Evan Hurdle-Yoder. The dads have limited contact with the mother but share photos of Evan with her via Facebook. The couple was wed on their 25th anniversary in Washington DC in 2013, as Pennsylvania hadn’t allowed same-sex marriages at the time. 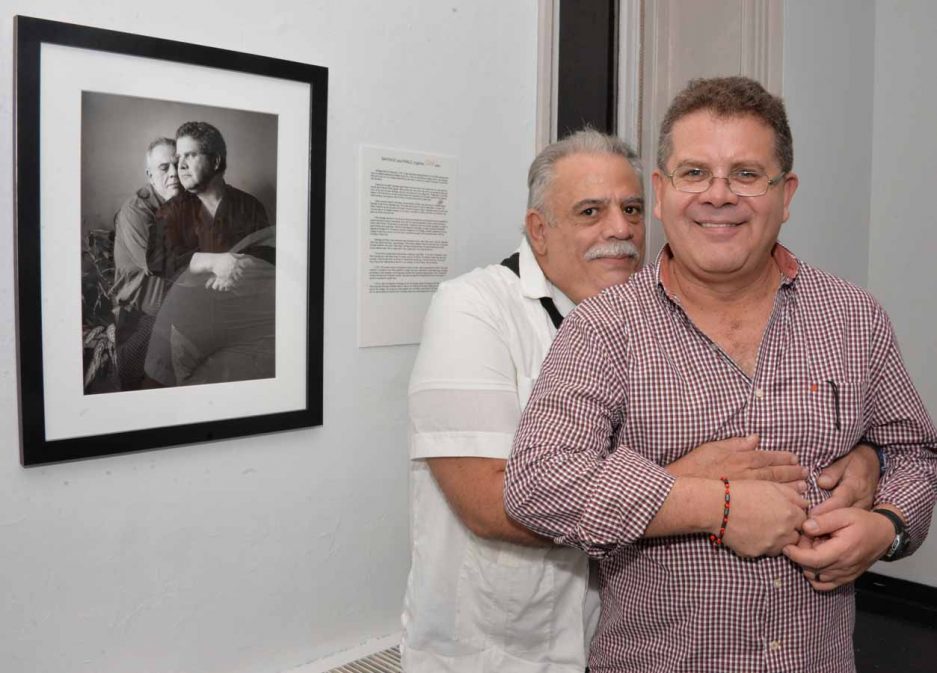 Santiago Ortiz and Pablo Garcia have been together 23 years. Pablo (right) is a native of Venezuela, and has been living undocumented for over 20 years. Despite being legally married in Connecticut in 2011, the couple had lived in fear that Garcia would be deported, but now that the U.S. Supreme Court ruled DOMA unconstitutional, Garcia is allowed to apply for a green card as Santiago’s spouse. Their story was documented in a Time magazine article and on Buzzfeed last year. 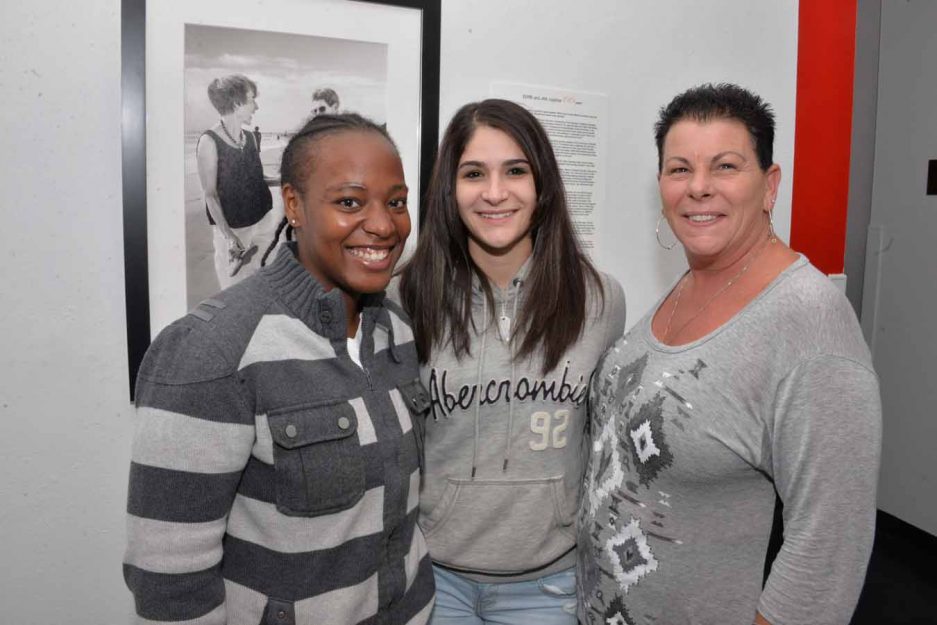 Rasheda Hampton, Marisa Marchegiano and Michele Marchesiano were glad to be on hand to support several of their friends who are featured in the project. 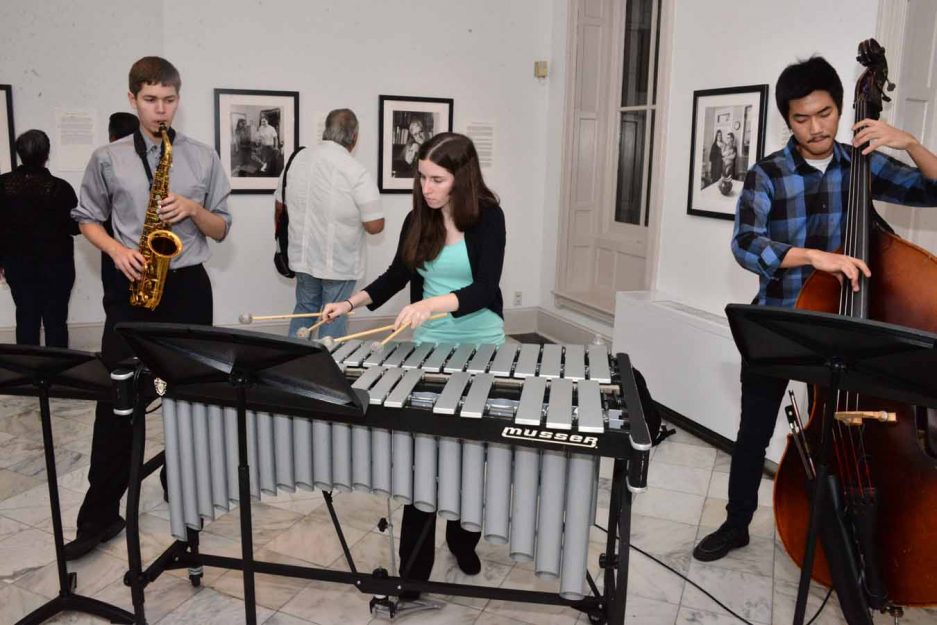 Students from University of the Arts entertain guests. 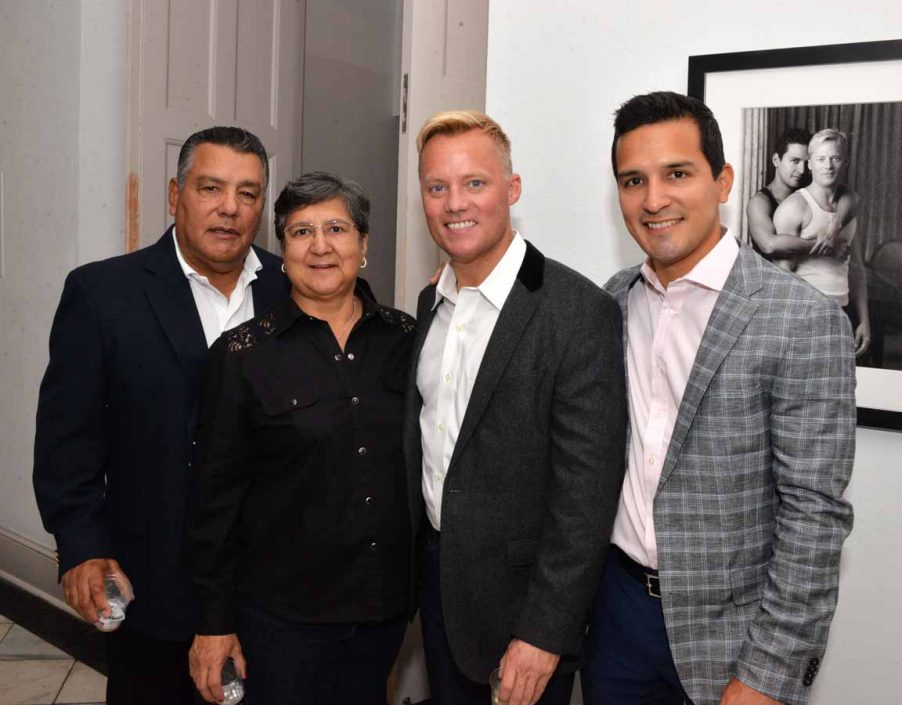 Juan and Imelda Sanchez with their son Juan ‘Toby’ Sanchez and his partner Michael Marriott. Mr. and Mrs. Sanchez flew in from Houston, Texas to be there Friday night. Juan and Michael met in D.C. and still reside there. They are on the cover of the book. Mom and dad are very proud and supportive of their son.

The book includes 65 black-and-white images from Proud’s “First Come Love” project, which she started in 2009 to show what everyday LGBTQ couples looked like. She shot it in black and white so that the viewer could really focus on the couple; see the love and the normalcy as the media often just focuses on pride parades and rainbow flags without really seeing the people. There was also a photo exhibit of some of the couples featured in the book, and many of the couples were on hand for the party.  “First Comes Love” the song/anthem beautifully composed by one of the couples, Michael Biello and Dan Martin, was performed at the launch by talented students from UArts’ School of Music.

I snapped some photos of the festivities. Check them out above. Below, enjoy some images of some of the regional couples in First Comes Love. 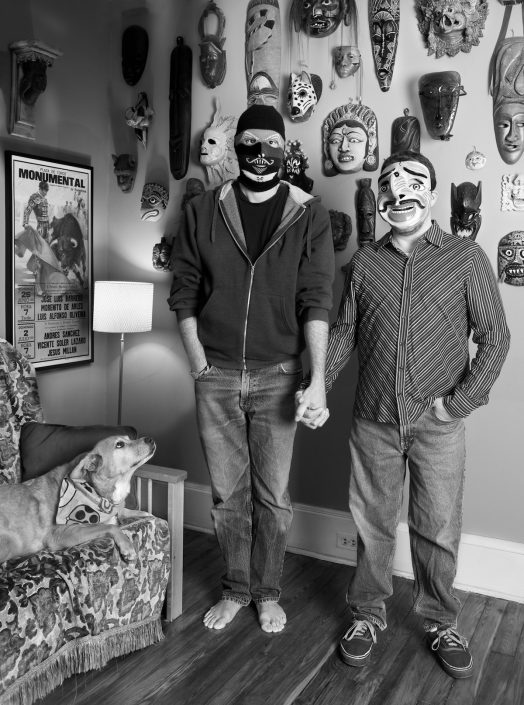 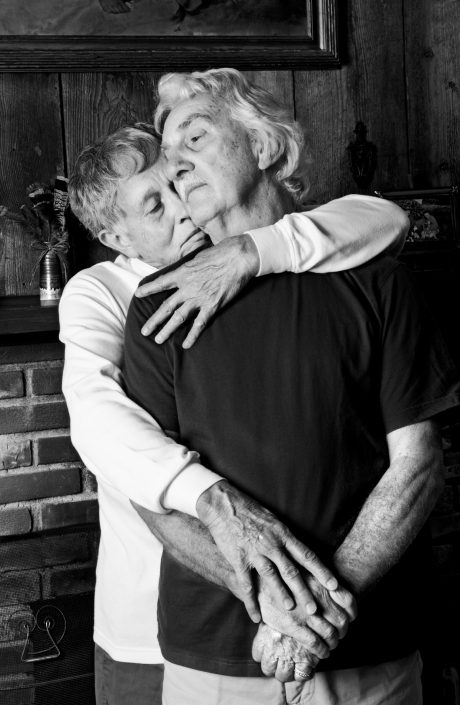 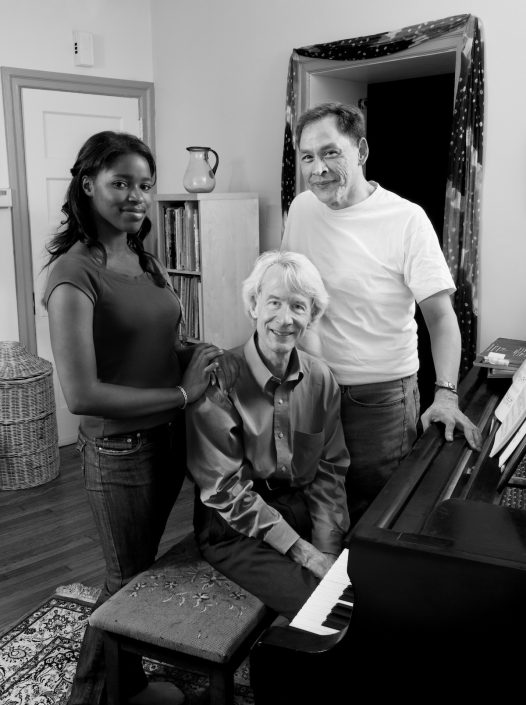 Len and Fernando with Barbara Proud. 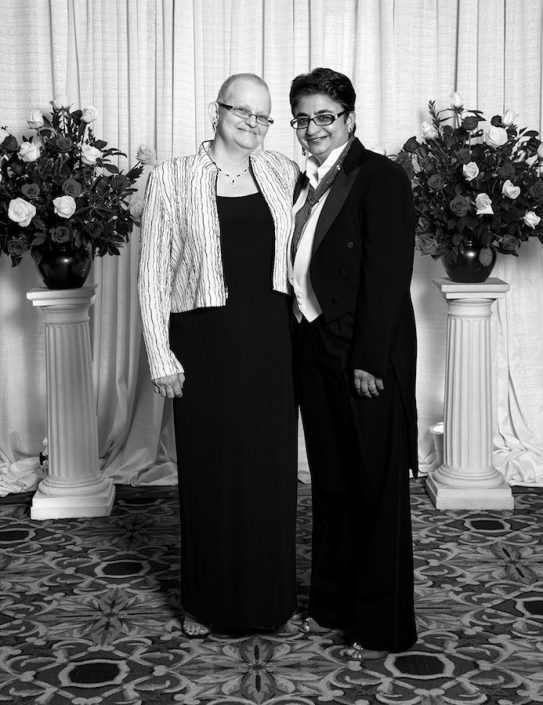 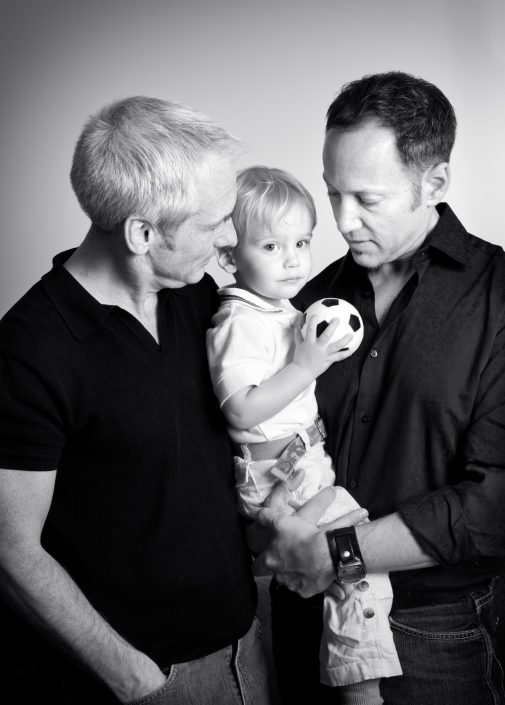 Harvey and Kevin with their son Evan. 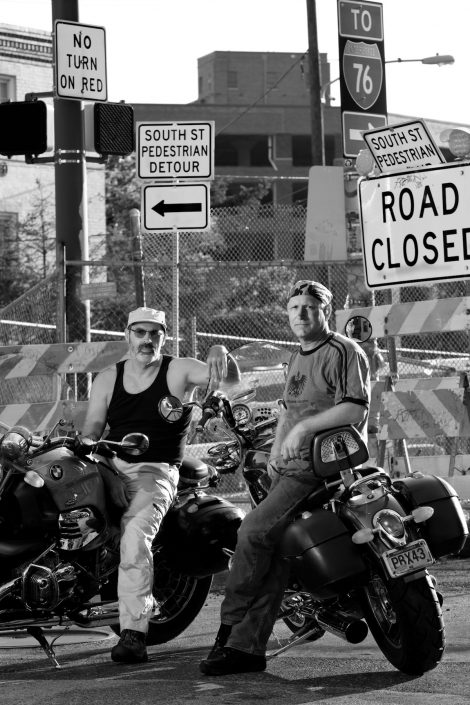 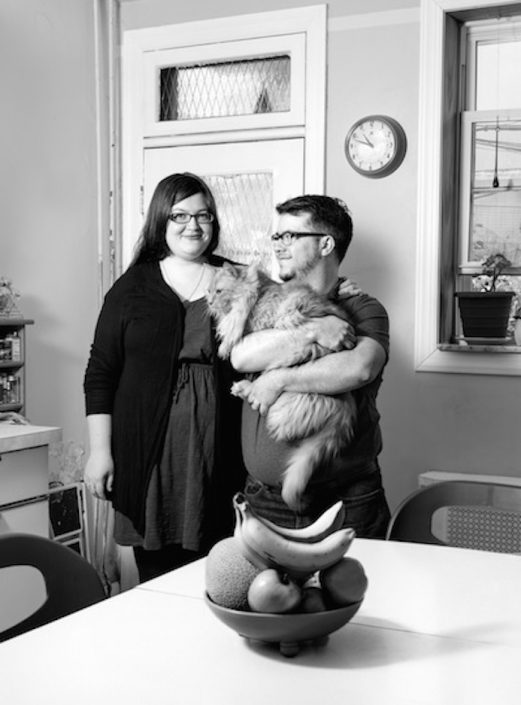