What We Saw at the Big Overnight Fire Near Fitler Square

A home exploded in Center City overnight after an apparent gas leak, causing a three-alarm blaze that spread to other residences.

The explosion on the 2300 block of Naudain Street did not appear to cause any injuries, although initial reports were still coming in early this morning. More than 40 people were at the shelter this morning, the Red Cross said. Two dogs and two cats were being helped by Red Paw.

Well, that’s my neighborhood, where it seemed that every fire truck in Philadelphia was located between 3 am and 6 am today. If the colors in the photos seem distorted, it’s because there were a LOT of fire trucks with their siren lights on in the neighborhood. 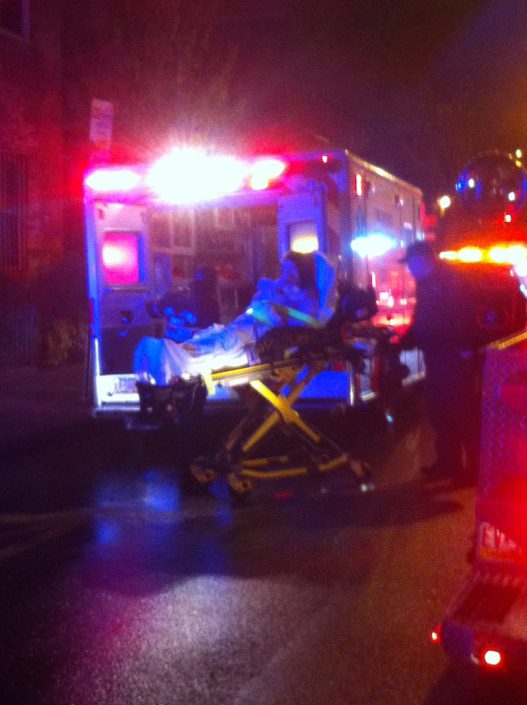 I rolled out of bed to check what was going on, stumbled down the street to see a resident being loaded into an ambulance. Reports said she'd been affected by the gas fumes... 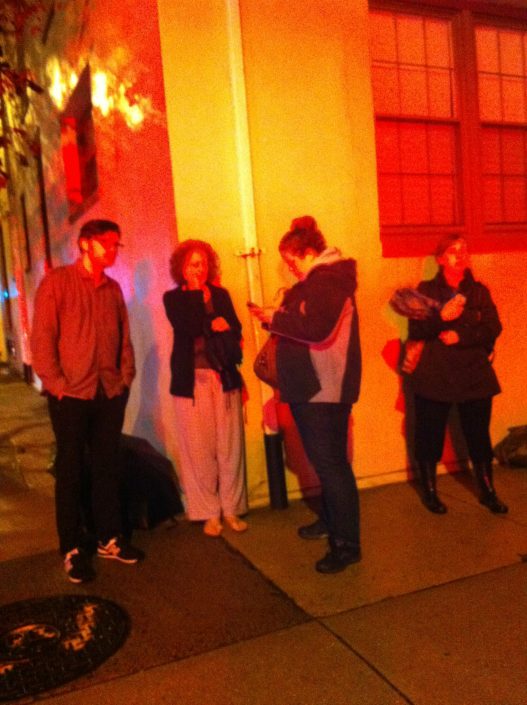 ...and other evacuated neighbors milling about: 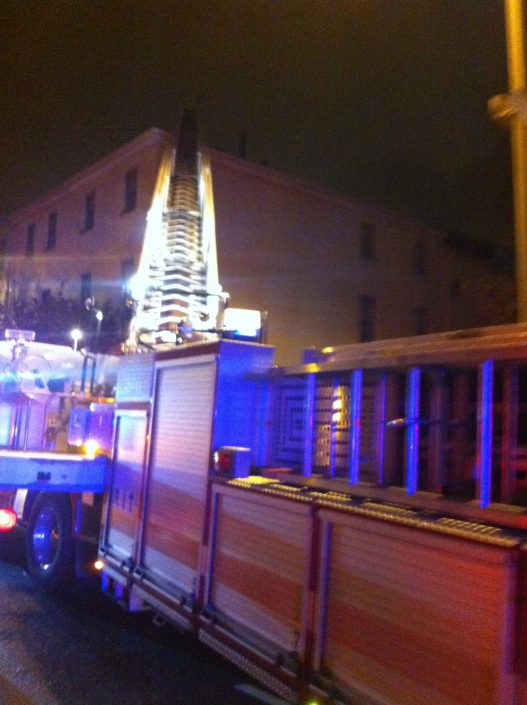 But word was that it was a carbon monoxide leak. I went home to go back to sleep. Heard an explosion, more sirens, got up and went back. A full fire-suppression effort was under way. 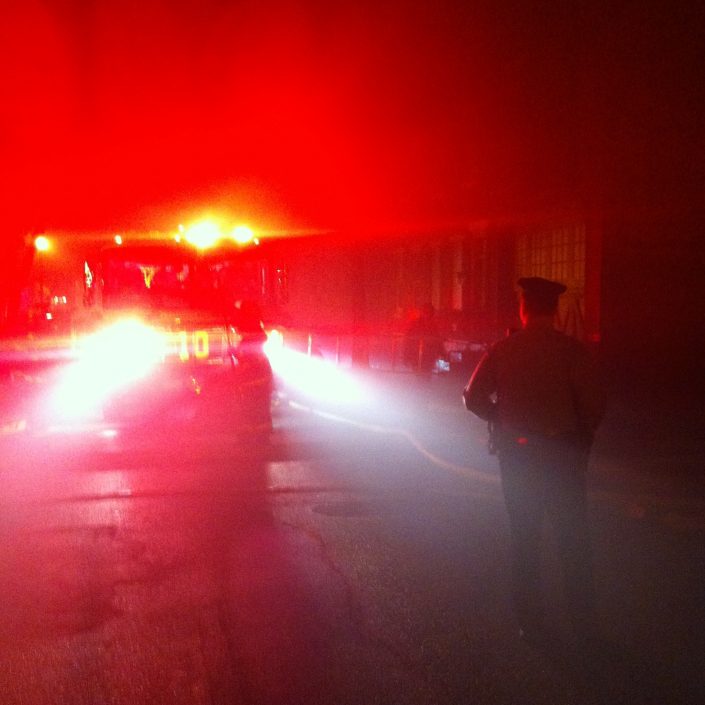 But the smoke from the fire was so thick you could barely see more than a few feet around you. 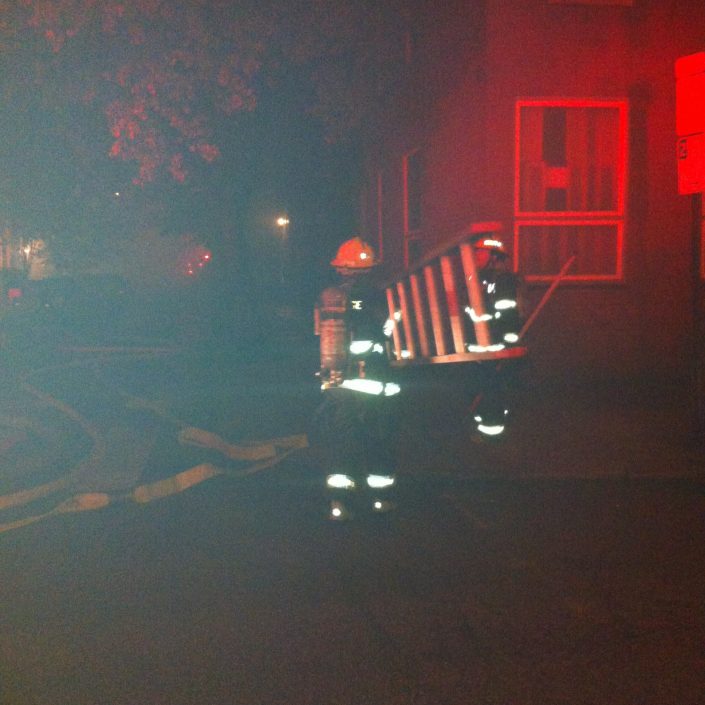 In fact, you couldn't even really see the fire at all because of it. In this picture, the camera is pointed straight at where firefighters are battling.

Thank goodness there were no serious injuries to humans.