And more great revelations from the Fleischer Art Memorial's 'The Art and Design of Sports Uniforms.' Last night, I attended a talk at Fleischer Art Memorial about “The Art and Design of Sports Uniforms.” It was done by Peter Capolino, the man who turned Mitchell & Ness form a sporting goods manufacturer into the retro jersey fashion behemoth it is today.

It was pretty cool! Did you know the team didn’t always have a ‘P’ on its cap? Or that baseball jerseys were so baggy because they were wool flannel and would shrink over the course of a season? Well, maybe you did, but I didn’t. What most intrigued me was the above logo, which the Phillies wore on the sleeve of their jerseys in the 1938 season. Though the Phillies wore a blue and yellow jersey to celebrate the tricentennial of the founding of New Sweden and lost 105 games, they did have this patch. Per Sportslogos.net, this patch was once the primary logo of the team!

I don’t think I’m alone in saying that the Phillies can salvage what’s looking like another lost season — perhaps not 105 losses bad, but bad nonetheless — by bringing this logo back. It has William Penn on top of City Hall pitching a baseball. What more do you need? Well, you do get more: An old-timey spelling of “base ball” and a field behind him. This needs to be returned to the regular rotation immediately. 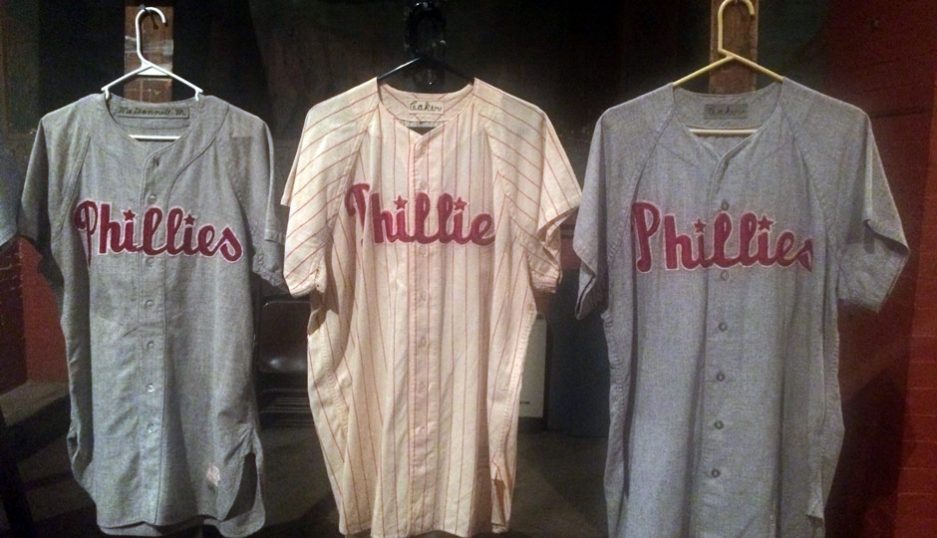 Here are some game-worn jerseys from the late ’50s/early ’60s. The ones in the center and on the right belonged to Jimmie Coker, who hit .227 in his four seasons with the Phils. Sounds like a Phillie to me! 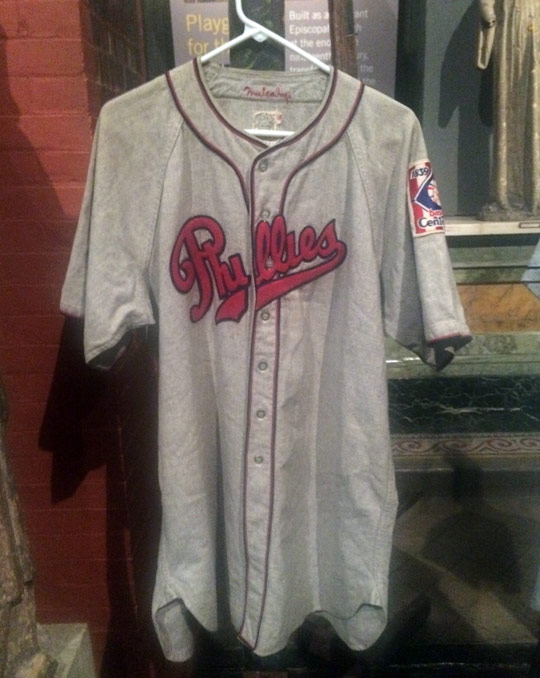 Here's another game-worn jersey, this one from Hugh Mulcahy. Mulcahy was a perfectly average pitcher who, since he played for the Phillies, actually had the nickname Losing Pitcher. (The box scores would always read, "Losing Pitcher: Mulcahy." Get it?)
When I tweeted this photo last night, it somehow came to the attention of former MLB pitcher C.J. Nitkowski.

He does bring up a good point. I should have asked. 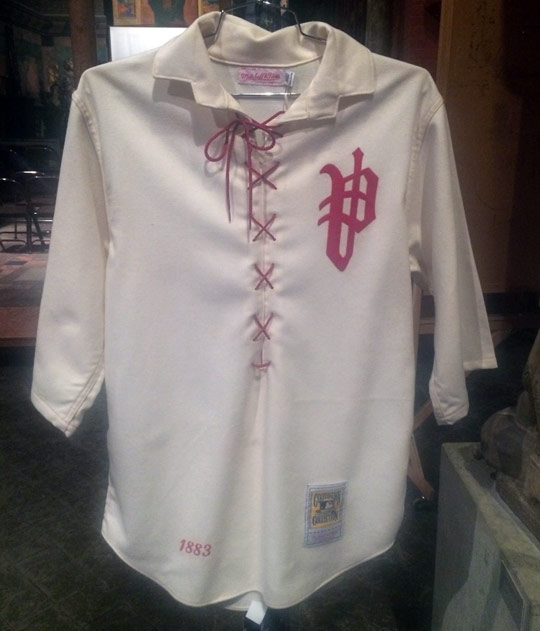 Here's one from the Phillies' first season, 1883! Or, perhaps, it was the attire of a group of swashbuckling pirates from 1883. One of the two. 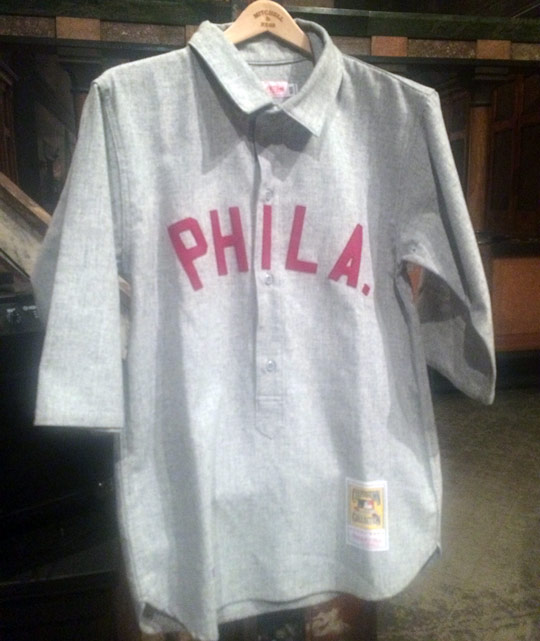 This one's from 1898. Before they had Phillies across the jersey, the Fightins had PHILA. Just like Wilt Chamberlain's old jersey! 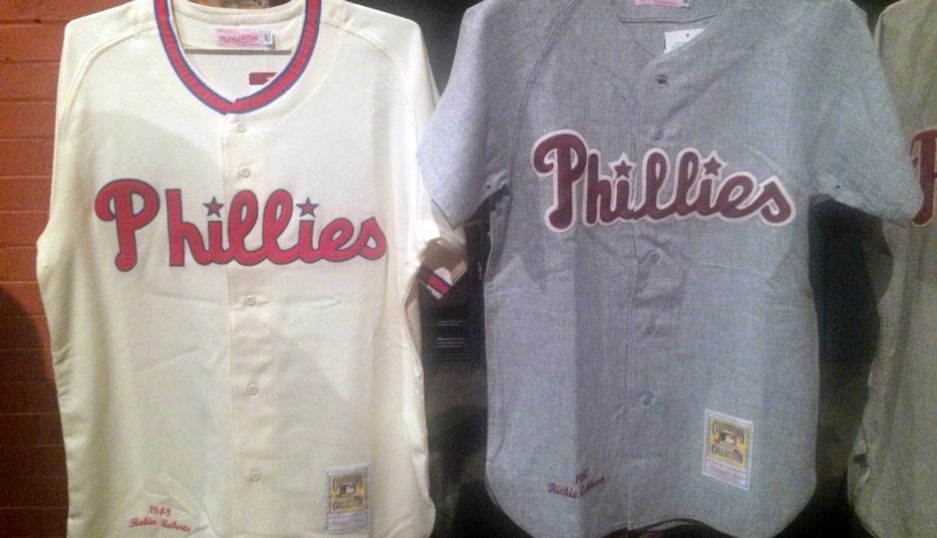 Here are Robin Roberts and Richie Ashburn replicas. One cool thing about old Phillies jerseys is how sloppy and hand-drawn the logo looks. 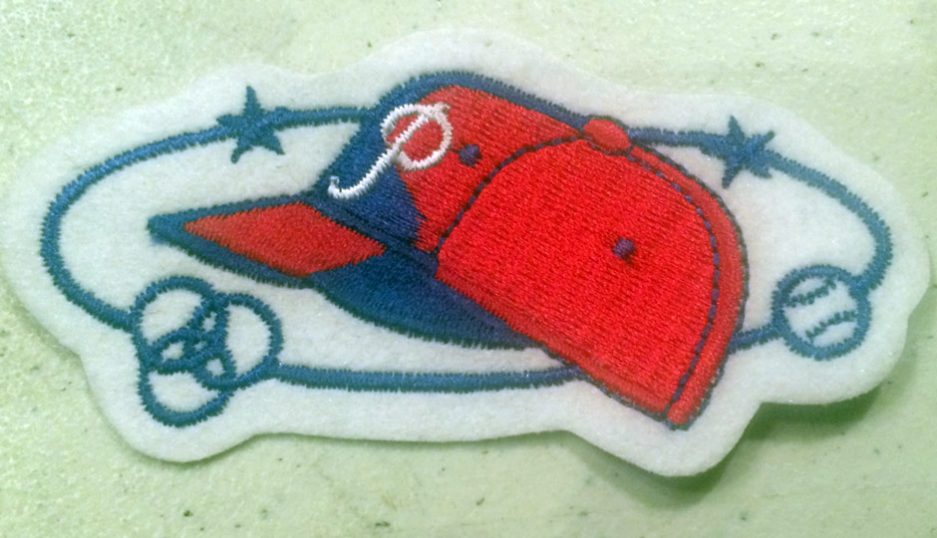 And, finally, here's an old Phillies logo transformed into a logo for Ballantine beer. (The three interlocking circles were the brand's logo.)