Last night, as one of his last moves as Equality PA president, Adrian Shanker gathered 150 protestors in Easton, Pa. and marched across Free Bridge to witness three Pennsylvania couples get legally wed in Phillipsburg, N.J. Why’d he do it?

“The rally demonstrates how easy it is for same-sex couples to get legally married in New Jersey, all we have to do is walk across a bridge,” he says. “The bridge is only a few blocks long, but unfortunately, it also represents that we are a few years away from marriage equality in Pennsylvania. I hope our legislators realize how much the lack of marriage equality is hurting the state.”

The marchers began in Easton’s Central Square and made their way to Phillipsburg chanting “What do we want? Equality! When do we want it? Now!” Once settled on the other side, Metropolitan Community Church of the Lehigh Valley‘s Rev. Beth Goudy officiated weddings of Marcus Laurence and William Mauro, Jerry Schmidt and Chuck Woodbury, and Jennifer and Maryann Kelley.

“It’s a powerful thing to watch them get legally married,” says Shanker, “When it was over, the officiant declared them legally wed. That’s something she couldn’t say in Pennsylvania.”

But when it’s all said and done, they’re coming back to live in a state that doesn’t recognize gay marriage … so was it all for show?

“No, the marriages won’t be recognized here,” Shanker says, “but they’ll have access to numerous federal benefits, including tax benefits and thing that run through the federal government, for example Medicare.”

So take that, Pennsylvania! Many congrats to the happy couples. Enjoy some photos of the protest in the slideshow below. 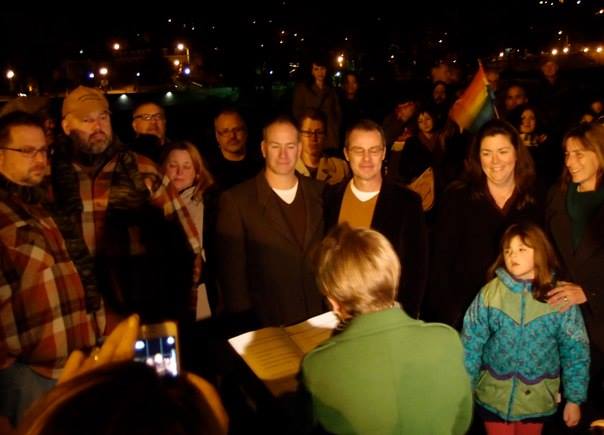 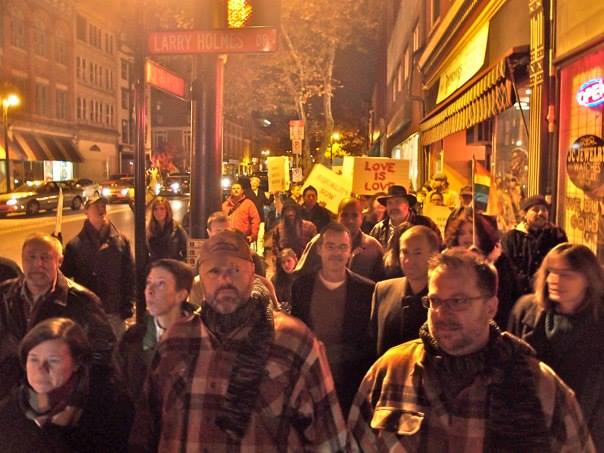 Ralliers march through downtown Easton, Pa., and across the bridge to Phillipsburg, N.J. 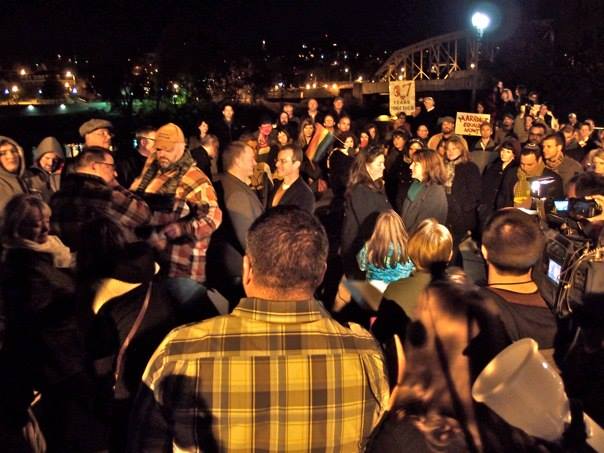 Three couples get married in Phillipsburg. N.J., surrounded by 150-plus Pennsylvanians who marched from Easton to witness their nuptials. 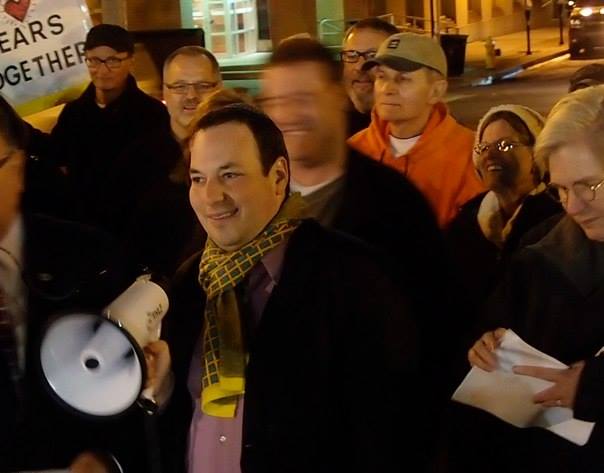 Adrian Shanker rallies with his megaphone. 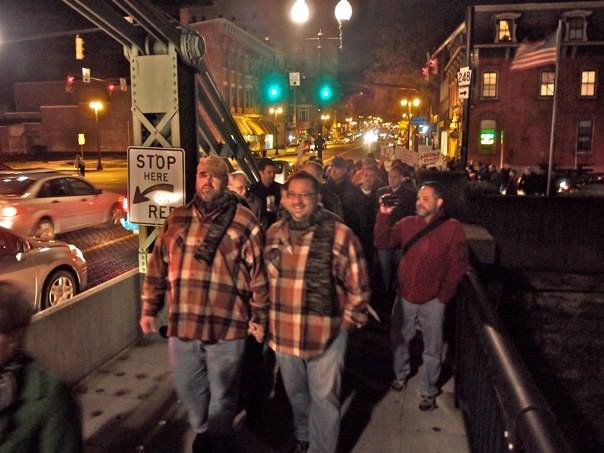 Protestors cross the bridge from Easton to Phillipsburg.