Spurred by its Silver Linings star turn, the landmark will reopen this weekend for a BYOB Halloween ball and fundraiser. Every Saturday was a great day in Lansdowne, Delaware County, in the late 1960’s. My mom would make Philadelphia Cream Cheese and jelly sandwiches, cut them in to squares and send me off with a dollar to the Lansdowne Movie Theater.

There I would join an army of children, all carrying snacks packed by Moms, to watch the Saturday matinee. It was usually something wonderfully terrible like Santa Claus and the Martians. There was also a cartoon or a Three Stooges short to start things off. And while you were finding a good seat, a man would play one of the biggest pipe organs you would ever see.

Now movies are shown in one of 13 black boxes in a non-descript building by the mall and you could be shot for bringing in your own food.

The Lansdowne Theater was majestic with a chandelier, a red curtain that unfurled to present a huge screen, thick velvet pillow seats and lavish restrooms. Just one of a number of grand neighborhood theaters in and around Philadelphia built in the 1920’s.

I would also go to The Waverly in Drexel Hill or The Yeadon Theater. In Philly there was the Uptown, the Nixon, the Ogontz, the Commodore and the Eureka, to name a few. Most of them are gone. A few are still standing as facades, many gutted and segmented for black box multi screen viewing; the Aldine on Chestnut is now a CVS; the Waverly is a bar and beer distributorship, all literally shells of their former selves.

The Lansdowne was closed in 1987, and although the pipe organ was sold, it is still intact. In 2007, a group called the Historic Lansdowne Theater Corporation purchased the theater to save history and revitalize the great borough by turning on the blaring lights of the theater’s marquee on Lansdowne Avenue one more time.

Two years ago the area got a little taste of what that would look like, when director David O. Russell brought the theater to life for one of the famous scenes in the Oscar-nominated Silver Linings Playbook. Even though locals were thrown by the fact that Bradley Cooper and Jennifer Lawrence walked out of the Lanerch Diner in Upper Darby and then appeared, walking in the wrong direction, to the Lansdowne Theater, 2 and a half miles away, in the end it didn’t matter. The theater was back, memories were stoked, and Lansdowne was alive, if only on the screen in a fleeting scene.

There is wonderful irony that a great movie may foreshadow the future of a theater that starred so many great movies in its past.

“It was incredible. It was a glimpse of what Lansdowne can be,” says Matt Shultz, executive director of the Lansdowne Theater and the man behind the vision for the area. “I see over 100,000 people a year coming to Lansdowne to see some of the top acts in the country in a architecturally and historically significant space breathing life into a place I love.”

The Temple grad, who believes that historic preservation can spur economic development, wants the Lansdowne to follow the Tower Theater in Upper Darby and the Keswick Theater in Glenside as movie theaters that were transformed into concert venues, with one important difference. “I want to preserve the architectural history inside and out,” says Schultz.

Herbie Spivak, one of the original owners and promoters from Electric Factory Concerts, has signed on to bring big name acts to the theater. And Schultz’s non-profit corporation has a commitment from the state for $4 million. He has raised another $3 million on his own, which means he is $2 million short of the $9 million he needs.

“We’ll get there,” says a confident Shultz. “This is going to happen.” The theater will be open this weekend for a “Save the Lansdowne Theater” BYOB Halloween Gala and Fundraiser on Saturday night, November 2nd. It’s a chance to dress in costume, party and get a good look at what once was and what still can be. For more information go to www.lansdownetheater.org.

Schultz moved to Lansdowne in 1968, and like many of us who grew up there, can’t let go of the beauty of the borough’s most memorable attraction. “It was like the theater was built in Hollywood in the 1920s, picked up and transported to this little town,” Shultz reminisces. “It was like nothing around it. How can any of us just let that disappear?”

I hope to be at the first concert at the re-opened Lansdowne Theater. You won’t be able to miss me. I’ll be the one eating cream cheese and jelly sandwiches on white bread. 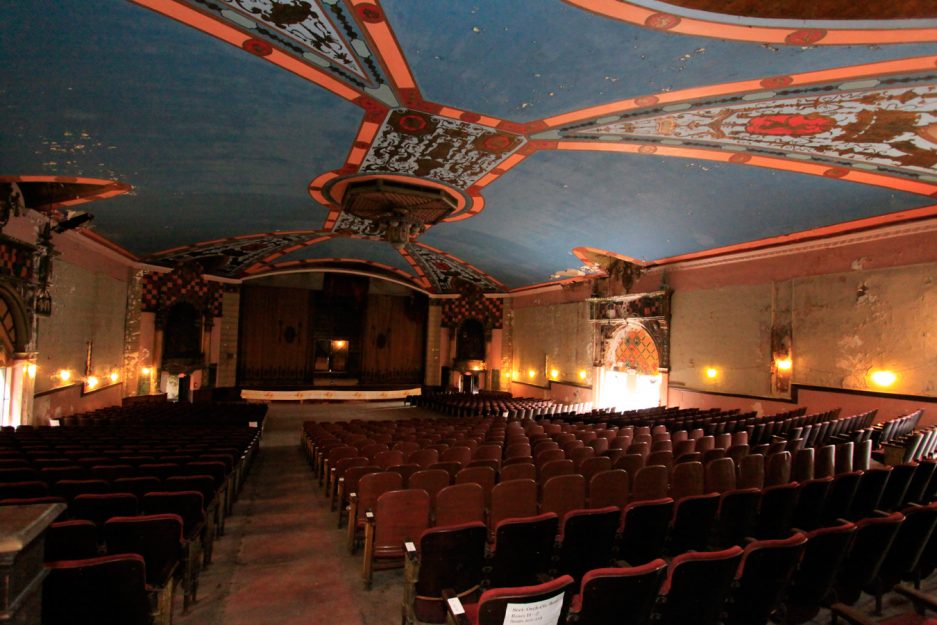 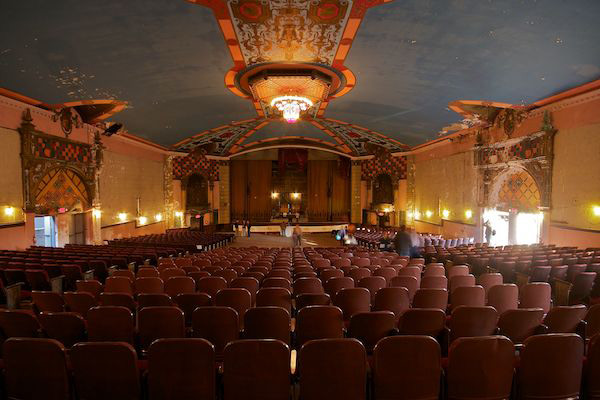