The test is designed to work with existing RT-PCR instruments, meaning folks can now be screened for novel variants in addition to the original coronavirus. 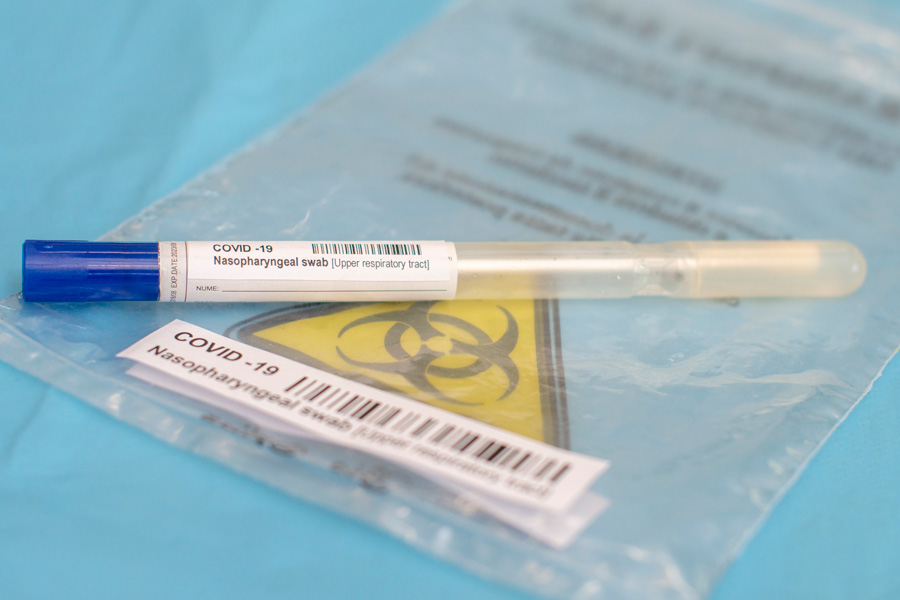 Since late last year, new variants of SARS-CoV-2 have been identified circulating across the globe. While variants are expected when it comes to coronaviruses, these have been associated with more rapid transmission. And, as noted by the FDA, these genetic variations can actually produce false negative results with molecular tests designed to detect SARS-CoV-2.

As a result of both increased variant spread and test limitations regarding such variants, researchers at Rutgers recently created a rapid test able to detect the common mutation present in the three major variants of SARS-CoV-2. We spoke with co-researcher Padmapriya Banada, microbiologist and assistant professor at the Rutgers New Jersey Medical School, about test development, how the technology works, and the impact it has on screening for optimal and accurate results.

NextHealth: How was this rapid test developed?
Banada: David Alland’s lab at Rutgers New Jersey Medical School has been involved in developing highly-sensitive diagnostic tests for several pathogens. Many years ago, the lab used sloppy molecular beacons (SMBs) — which are highly sensitive and specific DNA sequences used to detect frequent mutations in organisms — to detect antibiotic resistance causing mutations in tuberculosis, which is now a commercialized test. With the emergence and quick circulation of new variants that were deemed variants of concern (VOC) by public health officials, we saw the need for a rapid screening test and implemented the same SMB-based approach for the ongoing coronavirus pandemic. We conceptualized and designed the test in mid-to-late January, tested over a few weeks in a crash program, and published our pre-print article last week.

It’s important to note that genome sequencing is currently the only method available to reliably detect new VOCs. But sequencing requires advanced technical expertise, and is time-consuming, expensive, and difficult to perform in real time. With our expertise and mastery in the field of molecular diagnostics using SMBs, we quickly developed a rapid test designed to work in the existing RT-PCR platforms, by targeting a common mutation (N501Y) present in the three major variants of SARS-CoV-2 — ones that are shown to be more transmissible and virulent than the parent strain. We consider this a much-needed test for our current health crisis, as it can increase real-time monitoring of SARS-CoV-2 variant spread and may also help public health officials implement strategies to counter existing and future strains.

How does the test work exactly?
This is a lab-developed rapid test, which takes little over one hour from the time the viral RNA is added. It is based on RT-PCR, which is what folks know as the molecular-based diagnostic test used for COVID-19. First, the test amplifies a segment of the SARS-CoV-2 spike gene, which carries the mutations seen in the major three VOCs. Using SMBs, which bind specifically to the target gene, a signal is produced with different colors at defined temperatures indicating the presence or absence of VOCs.

More specifically, the SMBs used in our test are tagged with specific dyes that produce a color at different wavelengths. In this test, SMBs are designed to bind to the region on the nucleic acid that carries the mutation. After PCR, a post-PCR melting curve is performed, in which the temperature is gradually increased. The temperature at which 50 percent of the SMB and the viral gene target are attached is called its melting temperature or Tm. In our test, we have developed a Tm-signature code based on the Tm from the two different SMBs in different colors. When a positive patient sample is tested by our test, it is referenced against the Tm-signature code and the results are identified.

How is it different from other COVID-19 rapid tests?
Our test, which we’re calling the SMB-501Y test, is specifically designed to pick the VOCs and differentiate it from a non-variant. Existing COVID-19 RT-PCR tests do not detect any particular mutations, and thus, may not differentiate a VOC from a wild type strain. It is designed to work with currently-available RT-PCR instruments, making it adaptable and beneficial for increasing the number of samples screened for variants. Also, the test is shown to be highly accurate for N501Y mutation detection, meaning only the samples confirmed as variants from our test can go for sequencing, rather than picking random samples, thus reducing time and overall cost.

While there are a few commercially-available variant detection tests out there, we believe our test offers unique advantages. First of all, our test is available for anyone to use as is, modify, or update as needed with the emergence of new variants just by changing a few reagents, which either we or anyone with the knowledge of molecular diagnostics can do.

Our test defines specific temperatures for variant detection in the same region. If more samples are observed to have a shift in temperature, it might indicate presence of a geographically specific new mutation which can be confirmed through sequencing. For example, one geographic region might look like this: More than 80 percent of the positive samples tested with our test show that with one of the colors the temperature is showing 58-degrees Celsius instead of 62-degrees Celsius defined in the reference code. This shift in temperature could be an indication of additional mutations in this virus. If further sequencing confirms that, then that geographic region would signal a new variant is present. Instead of the test failing to detect or calling it negative for the variant, our test can give folks an indication that there could be a novel variant that needs further attention.

How accurate are the results?
Our test performed with 100 percent accuracy in both lab cultured strains and clinical specimens as confirmed by sequencing.

When and where can folks start receiving or using it?
We are currently working with state and hospital labs to leverage the technology so that the SMB-501Y test can be widely used as soon as possible. Our test is not meant to replace existing RT-PCR tests for COVID-19, but is designed to help the state and hospital labs to effectively and efficiently screen for VOCs. Because it is intended for use with clinical samples in RT-PCR equipped laboratories with skilled technicians, the SMB-501Y test is not meant for at-home use. Also, we validated our test only with nasopharyngeal samples, but are in the process of testing all other sample types.

[Note: According to Rutgers, the research team is working to expand the current rapid test to more precisely differentiate among the three main variants, as well as release test modifications for future variants.]