The program is working to improve the health and well-being of Montgomery County-based Black pregnant women, infants, and their families. 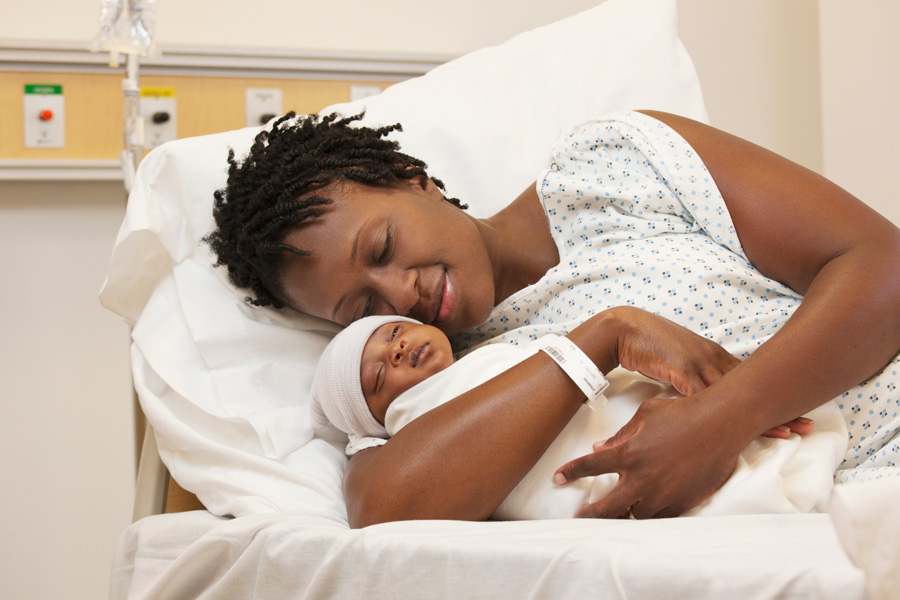 Infant mortality is highest among babies born to Black mothers. Montco Mamas wants to make a difference in this disparity. Photograph by Ariel Skelley via Getty Images

Though U.S. infant mortality rates have been dropping nationally over the past 10 years — and even reached a historic all-time low in 2018 — major racial disparities continue to exist regarding birth outcomes. Nationally, infants born to non-Hispanic Black mothers are more than twice as likely to die before their first birthday than those born to non-Hispanic white mothers. In Pennsylvania, the infant mortality rate is even higher than the national average for Black babies, at 11.6 per 1,000 live births in 2020.

This significant neonatal inequity is what prompted a recent collaboration between the Montgomery County Maternal and Early Childhood Consortium and Maternity Care Coalition. Their initiative, called Montco Mamas, aims to improve the health and well-being of Montgomery County-based Black pregnant women, infants, and their families through data-driven community action plans.

In light of their first planning session held on Thursday, we chatted with Toscha Blalock, senior director for Maternity Care Coalition’s Early Head Start and a project lead for Montco Mamas, about how this project came to be and the ways in which Montco Mamas plans to put their mission into action.

NextHealth: When and why did the idea for this initiative arise?
Blalock: You could say we’ve been building toward this initiative since 2015, when the Maternal and Early Childhood Consortium was formed. It wasn’t until 2018 that we received funding to comprehensively examine racial inequities in Montgomery County’s infant mortality rates and birth outcomes. We spent the next two years investigating, collecting, and analyzing the data for our Perinatal Periods of Risk (PPOR) report.

Our findings, which were published last February, show that (1) Black women in Montgomery County have the highest rates of infant mortality of any racial group; (2) babies born to Black women are nearly three times more likely to die than babies born to white women; and (3) that the greatest racial disparity is among babies with very low birth weights.

In addition to conducting the PPOR, we held three focus groups for local Black mothers to give their experiences a supportive, community-based platform, and help us better understand what local mothers need in order to improve birth outcomes. After finding our footing amid the pandemic and securing a grant from HealthSpark, we felt ready to take our endeavors to the next level in the form of a public project — that is, Montco Mamas.

“Birth outcomes are not the mother’s fault. They are the direct result of inequitable social determinants of health.”

Minimizing racial health disparities is a big and necessary undertaking. What is Montco Mama’s approach to doing so?
We’re using a systems-based change model and a collective impact framework. What those mean is that we’re dynamically figuring out what we can do together, as a community, to help Black women in Montgomery County have healthy babies, and support them before, during, and after pregnancy. It’s basically an “it takes a village” approach. In order to do this, Maternity Care Coalition is serving as the steering committee, identifying community members who not only have a stake in these issues, but the platforms to help enact actual change. Basically, we did a sector analysis of the county and asked ourselves, “Who do we need to have at the table in order to make an impact?”

On board, we have maternal and child health agencies, doctors, nutritionists, and mothers themselves. It was important to us to include actual mothers because they are what we call the “lived experience experts.” They are on equal footing with other members of the planning team, and will be compensated for every meeting they are part of. They deserve to be present in these discussions, as well as emotionally and financially supported along the way.

The planning process for Montco Mamas spans the next six months. What will the planning sessions cover, and what specific action steps does Montco Mamas expect to take?
As I mentioned, we have a variety of different people who will be part of the entire planning process. Thanks to the HealthSpark grant, we will be working with Strategy Arts, who will help us put our collective impact framework into action. During our first meeting, we will lay the foundation for the project, discuss what equitable practices might look like in the real world, participate in some team building activities focused on tackling racial disparities, and review the PPOR.

In terms of action steps, those will be brainstormed around the six focus areas we identified at the end of our PPOR planning process: emotional and mental health support, nutrition and weight, access to services, health across the life course, interactions with healthcare providers, and informal and formal education. We seek improvement in all these areas in order to reduce very low birthweight births among Black women. With the help of Strategy Arts, we aim to develop a work plan that will actually help us jumpstart our focus areas.

These disparities exist in and around Philadelphia and throughout the country, not just in Montgomery County. Do you expect Montco Mamas will expand across the region?
Our hope is that we can join forces with other counties and the city of Philadelphia so we can provide greater improvement and support for the women and infants who need it most. Delaware County conducted a PPOR a few years ago, so we met with their study team and discussed their findings. As more counties initiate this kind of work, there’s potential to pool our resources together to serve as many families as possible. It would be a lost opportunity if we didn’t.

What is one thing you want people to know about the work Montco Mamas is doing, or about racial health disparities in general?
Birth outcomes are not the mother’s fault. They are the direct result of inequitable social determinants of health, including physical environment, education, income, and quality of health services. When racist practices and policies exist within those areas, the result is going to be disparity. Our PPOR shows that racial health disparities are caused by racism and are causing Black babies to die. So many Black women I know, including myself, have had issues with their pregnancies. This is an issue that we need to look at differently and critically in order to improve the birth outcomes and quality of life for our community members.