With an established, yet continually growing market, Philadelphia is ranked among Boston, San Francisco and others on Newmark’s 2020 year-end report. 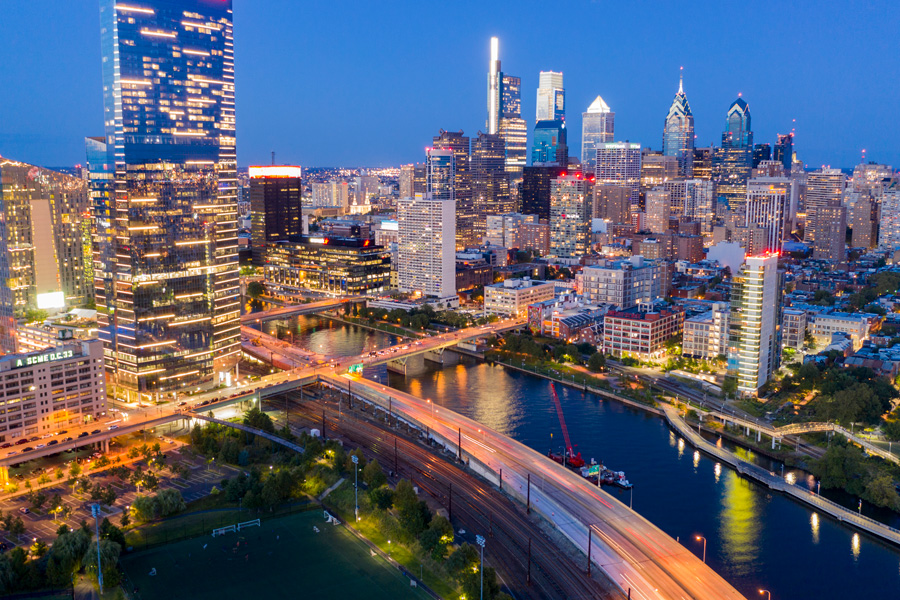 Philadelphia is a top life sciences market in the country, per a new report. Photograph by
Christopher Boswell/EyeEm/Getty Images

In recent years, Philadelphia has made a name for itself as one of the leading life sciences hubs in the United States — with nods from CBRE and Genetic Engineering & Biotechnology News, big increases in venture capital investment, and booming construction of new lab spaces around the region.

It’s no surprise, then, that the city has recently been recognized as one of the nation’s top life sciences real estate markets. According to commercial real estate advisory firm Newmark’s 2020 year-end report, Philadelphia lands sixth on a list of 14 centers for innovation and growth. The city is preceded by rival market clusters Boston/Cambridge, the San Francisco Bay Area, San Diego, Raleigh/Durham, and Seattle.

By Newmark’s metrics, Philadelphia earned a “market cluster score” of 60.5 (the top market, Boston/Cambridge, earned an 82.5). The scoring is based on four categories: market maturity, a combination of wet lab inventory, rental rate, vacancy rate, tenant demand, and venture capital funding; market momentum, which considers the past five years’ rental and pricing growth, as well as 2020’s capital markets activity; market innovation, or the volume and concentration of both employment and top-tier life sciences institutions; and future growth, composed of the facilities construction and conversion pipeline, plus the growth expectancy over the next five years.

Of the four components, Philadelphia saw its highest score in market momentum, followed by market innovation. As the report suggests, this is due to the region’s “rich concentration of colleges and universities, renowned healthcare institutions, and a strong legacy of pharmaceutical manufacturing.” Though Newmark’s findings show a pretty significant drop in venture capital funding in 2020 compared to 2019 (the decrease was particularly noticeable in the area of biotechnology, while things held pretty steady in pharma and drug development — go figure!), last year did yield Philadelphia’s highest number of initial public offerings (IPO) on record in the life sciences sector. Given its ranking, Newmark is confident Philadelphia will receive more venture capital funding over the next several years.

Lisa DeNight, Newmark’s Greater Philadelphia research manager, says that the COVID-19 pandemic also accelerated the city’s life sciences expansion, especially as the need for lab space, testing materials, and vaccine research increased. “Last year, we only saw a net gain in Philly, showing that the area continues to offer more opportunities for growth and investment in the life sciences spectrum, even — and maybe especially — during a health crisis,” she says.

Philadelphia scored lowest in the area of future growth, which is unexpected, considering the more than a million square feet of lab space currently under construction here. But again, this score is up against areas with much larger development underway, like Boston’s 3.7 million square feet space and San Francisco’s 3.3 million square feet under construction. DeNight says that folks can expect to see Philadelphia’s future growth section expand in 2021 because its construction pipeline will open excessively. “We [Newmark] have already seen rising tenant demand and in-progress lab space, which will help our region continue to grow in its legacy as a life sciences hub,” she says.