NeuroRX has a history of pursuing treatments for illnesses abandoned by others. Their latest drug had been shelved for 20 years until they unearthed it this March. 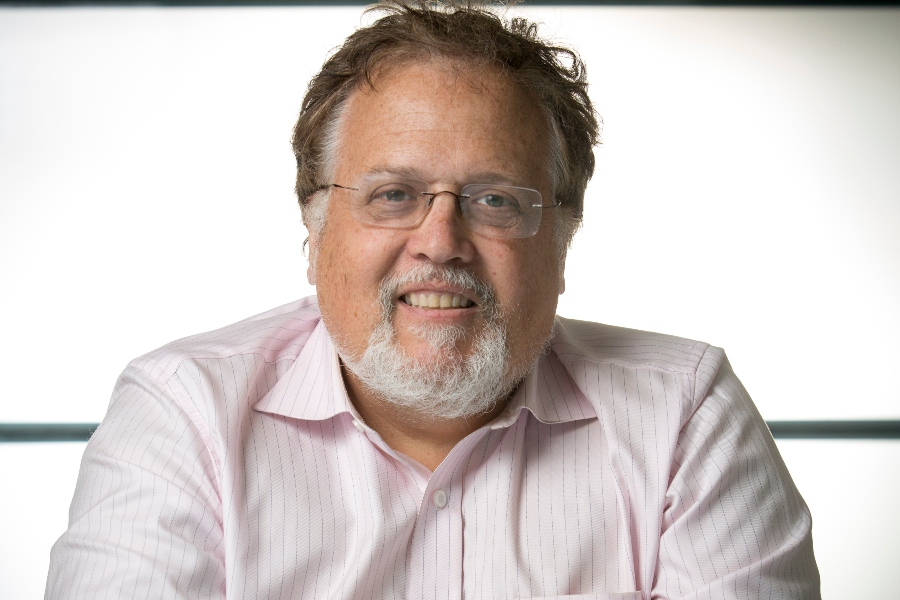 Who: Jonathan Javitt and his younger brother Daniel Javitt took different paths early in their medical careers. Jonathan Javitt started out in ophthalmology and later found himself in healthcare leadership, steering everything from public exits for healthcare and biopharma startups to Health IT policy under Presidents Ronald Reagan, George H.W. Bush, Bill Clinton, and George W. Bush. At the same time, Daniel Javitt was crafting a career in academic psychiatry with research in the late 80s exploring the then-rampant street drug angel dust with hopes of understanding why it was causing so many people to develop schizophrenia. His discovery of the specific site where the drug was binding in the brain and several other discoveries he made about the components of brain chemistry that cause psychiatric disease have made him one of the most widely-published psychiatrists in the world. Both brothers were highly qualified in their own realms of medicine. But it wasn’t until 2009 when one brother suffered a sudden, tragic loss that the two found common ground for working together on a healthcare issue.

“I was interested and proud of the work that Dan was doing around antidepressants, but I didn’t have any personal involvement in it until one of my closest friends, Mitchell, suddenly hanged himself. He was a brilliant neurologist that I had known since medical school,” Jonathan Javitt said. “All of a sudden I found myself talking to Dan about his work and bipolar depression. I just didn’t understand: how could somebody go from being healthy and productive to being dead within a week? And Dan said, ‘That’s the untold story of bipolar depression.’”

In 2015, the brothers co-founded NeuroRX, with a mission to leverage basic science in psychiatry and immunology to develop treatments for orphan diseases (illnesses that have been neglected by those searching for cures). The company aimed to focus on discovering treatments for an area of medicine that, at the time, many large pharmaceutical companies were departing.

“If you look back in the history, between 2009 and 2015, many of the major pharmaceutical companies all closed their psychiatry divisions,” Jonathan Javitt explained.

“It’s largely because no one was coming up with new drugs that were exciting to the market and pharma, like any other business, is going to go where it can yield a return to shareholders. But I knew this was going to be the next big wave in psychiatric drug development, and that’s why our company was formed.”

What: NeuroRx is a pharmaceutical company with clinical operations in Radnor and headquarters in Wilmington, Delaware. The company’s lead product is an investigational treatment for bipolar depression, NRX-100/NRX-101. The two-part treatment begins with a single infusion of NRX-100, ketamine, followed by six weeks of daily oral doses of NRX-101, a proprietary combination dose of D-cycloserine and Latuda, two drugs that have already been approved by the Food and Drug Administration (FDA).

Instead of embarking on the lengthy and expensive journey of developing new treatments from scratch, NeuroRX favors building upon therapies already known to be effective in other realms to bring new treatments to market more quickly and at minimum cost.

When: In 2019, NeuroRx launched a Phase III clinical trial to test the effectiveness of its NRX-100/NRX-101 regimen versus placebo in patients with bipolar depression. Also in 2019, the company initiated a Phase II B/III clinical trial of NRX-100/NRX-101 for patients with severe bipolar depression with acute suicidal ideation and behavior (ASIB). Both trials are still underway. Jonathan Javitt says he’s optimistic about the company’s potential to prevent future cases like that of his late friend Mitchell.

“When Mitchell died in 2009, I remember saying to his daughter that if Mitchell had a heart attack and died of it, nobody would be blaming him for it. I knew that the same kind of malfunction that could happen in the heart, had happened in my friend’s brain and that he had no control over what happened to him but, at the time, I had no real science to back up what I was saying. Now we do,” Jonathan Javitt said. “Now we know that depression rewires the brain and these treatments can rewire it again.”

What it means: If approved by the FDA, NeuroRX’s regimen would be the first sequential drug treatment to include an oral therapeutic for the treatment of bipolar depression in patients with ASIB.

According to Jonathan Javitt, bipolar depression affects roughly three million patients per year in the United States; more than one million of them will have suicidal ideation at some point and 40,000 of them kill themselves every year.

Why it matters now: NeuroRx is now working with Swiss biopharmaceutical company Relief Therapeutics to develop a treatment that could prevent respiratory failure in patients with COVID-19.

The companies recently announced they’d enrolled 150 patients out of a targeted enrollment of 165 patients in their Phase II B/III trial of RFL-100. Similar to NeuroRX’s lead drug for bipolar depression, RFL-100 (aviptadil) is not wholly new. According to Jonathan Javitt, the drug is a synthetic form of Vasoactive Intestinal Peptide (VIP), a hormone found in the human intestines that consists of 28 amino acids. It was first discovered in the 1970s and was later developed and then abandoned in the early 2000s. 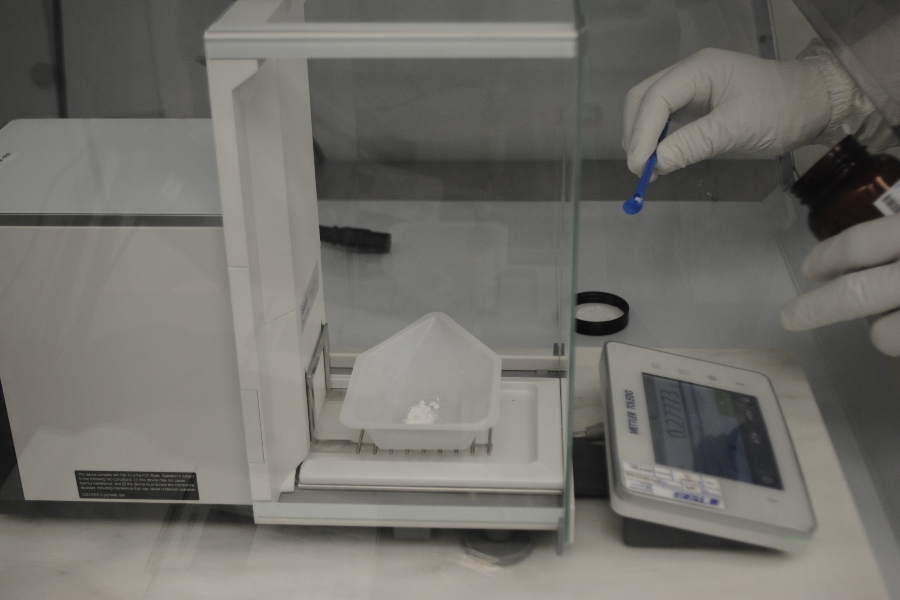 A NeuroRX scientist in the lab making doses of RLF-100 (aviptadil), a potential treatment for the most severe cases of COVID-19 that is currently being manufactured on small scale basis for clinical study. / Courtesy

“This drug was literally in 70 dusty file boxes, sitting in a warehouse,” Javitt said. “It had been developed in the 2000s for a number of lung diseases by a major pharmaceutical company. Then the company decided it would no longer focus on treatments for the lung, so the whole project was shelved where it remained until March 1, 2020, when we picked it up.”

According to Jonathan Javitt, RLF-100 has been successfully used in multiple human trials for everything from pulmonary fibrosis, and asthma to pulmonary hypertension and has been shown to have a potent response to respiratory distress, acute lung injury, and inflammation in animal studies. It is currently being tested for its effectiveness in treating acute lung injury (ALI) associated with the SARS-CoV-2 virus and could offer hope for patients with the most severe cases of the virus. So far, no drug-related Serious Adverse Events have been reported in the trial.