Q&A: Everything You Need to Know About Herd Immunity and COVID-19

Experts weigh in on the often misconstrued form of resistance to the spread of infectious disease and explain why it might not be the best way to bring the COVID-19 pandemic to an end. 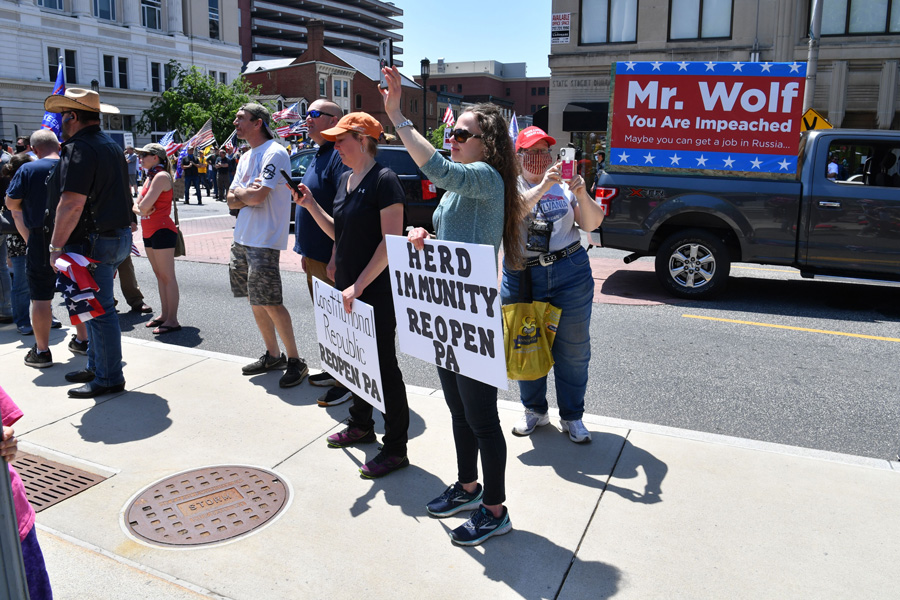 As COVID-19 infections continue to rise, nearly everyone is seeking answers as to what might bring the pandemic to an end. One popular theory is that if enough people get infected with the virus it will go away on its own. This theory, known as herd immunity, has recently been pushed by the Trump administration. In response, the nation’s top infectious diseases expert Dr. Anthony Fauci called the approach “total nonsense.”

To help us get a better grip on what exactly herd immunity is and what it can and cannot do in the face of a global pandemic, we turned to Michael LeVasseur, visiting assistant professor of epidemiology and biostatistics at Drexel University’s Dornsife School of Public Health, and Thomas Fekete, chair of the Department of Medicine at Temple University’s Lewis Katz School of Medicine. Below, they explain what it truly means to achieve herd immunity and what it might take to get there.

NextHealth PHL: What is herd immunity?
Fekete: What herd immunity means is that, when you go out into the world, you will not acquire a disease because it’s not there to acquire. You will be protected, even if you are potentially at risk, because no one else will be able to convey it to you. So what that means is that your chance of getting ill is really tiny or zero because the illness is not circulating in your community because everyone has either been protected because they previously acquired the disease, they’ve been immunized, or that the disease just burned itself out. When so few people are being infected, over six months or a year or two years, a disease burns out because there are not enough new people getting it to pass it along.

But if I put on my epidemiologist hat and say, currently, every person with COVID on average infects 1.3 new people, but in six months, each person will only infect 0.7 new people, you could say that change from 1.3 to 0.7 is the result of herd immunity, meaning there are just fewer people to be infected because more people have already been infected. It doesn’t mean no one is getting infected, it just means that your risk would be lower.

LeVasseur: Right, and we can’t really talk about herd immunity until we talk about what immunity means. And I think that there are some popular understandings of what immunity means as well. Most people think that once you’re exposed to a virus, you can’t get it again because your immune system has a memory of it and you’re good. But it depends on the pathogen, and in a lot of ways, it depends on the original immune response that occurs. There may be some people who don’t have a durable immune response and by durable, I mean a long-lasting, effective immune response.

Can you give me an example of a situation where a person might not have a durable immune response?
LeVasseur: So, for example, with chickenpox, when I was growing up, you got exposed to chickenpox as a child and then you were immune for it the rest of your life. But when I was a child, I had a very mild case of chickenpox and it gave me immunity for a certain period of time. But then when I turned 16, I was exposed to chickenpox again by my little cousin and I got a really bad case of it. So, I’ve had chickenpox twice. So, it’s not always a guarantee.

And how does this apply to COVID-19?
LeVasseur: There are a lot of questions about the immune response as it pertains to COVID-19. We are seeing cases of people who had an infection early on, for example, in March, who no longer have antibodies to it. So, I have a friend in New York who had an infection in late March and he just got tested again for antibodies last week and didn’t have anywhere what he did a month ago. So how long that antibody response lasts is a question mark. In the event that there is lifelong immunity after exposure to this virus, then we can talk about herd immunity and we can say that after a certain number of people become infected, the chances that any infected person are going to come in contact with a susceptible person are low because you’ll have fewer people who are susceptible to the infection. So, by random chance alone, people are unlikely to get infected, and that’s the idea behind herd immunity.

I’m guessing part of the misconception about herd immunity is due to the fact that it appears so many people — over 7.9 million people in the U.S. — have already been infected. Are these numbers deceiving or being taken out of context?
Fekete: Even though 7.9 million people have gotten it, that still leaves at least 300 million other people that haven’t gotten it. So, that’s not super encouraging. I think it’s a big number, and we know it’s probably an underestimate because not everyone got tested. But I do think that people are naïve if they believe that we’re anywhere near herd immunity because plenty of people are still getting it. That’s the proof that we’re not there yet.

So, should we even be discussing herd immunity at this point in the pandemic?
LeVasseur: No, we shouldn’t. Because there’s a lot of reasons to believe that there isn’t going to be lifelong immunity to COVID-19. We’re already seeing cases of reinfection. How common are those? It’s still unclear. But when we look at the other viruses that circulate naturally — that we’d normally call the common cold — there’s an immune response that lasts somewhere between four months and two years, depending on the person.  So, you do see these seasonal patterns between all these different types of coronaviruses that I sort of expect this virus to follow, just because they’re similar viruses. But there are a lot of reasons why this infection is different from what we call the common cold. So, maybe because there is a stronger immune response, there will be a more long-lasting immunity, but there are so many questions that we don’t have the answer to yet. And to rely on something like herd immunity as some sort of public health measure that we just don’t have the information on, I think it’s way too soon to be doing that. I think we’ll wind up doing more harm than good.

One path to herd immunity is just having enough people get infected naturally; the other is this path of developing a vaccine and getting as many people to take it as possible. Can a vaccine help us reach herd immunity?
LeVasseur: With a vaccine, you aim to actually boost the immune response, so you have long-lasting, more durable immunity. So, one of the things that we’ll be looking at when this vaccine comes out is not just the strength of the immune response, but also how long it lasts. The problem is we will have no idea how long it lasts until that amount of time has passed. So, if the vaccine lasts for two years, we’ll have no idea that it only lasts two years until two years have passed.

Which path to herd immunity is most likely to be achieved soonest?
LeVasseur: Well, if you look at some of the estimates out of New York City, which was obviously hit the hardest so far in America, they’re only estimating that about 23 percent of the population had an infection. So, to achieve any kind of herd immunity, it would have to be somewhere around 70 percent. So, we’re not even there in the hardest-hit parts of the country. So, imagine what it would take; imagine what our hospitals and our healthcare systems would look like. It would be a nightmare.

And then with a vaccine, considering the fact that it’s not likely to be 100 percent effective, it’s also unlikely that just because you get the vaccine that you are absolutely going to be protected from the virus. It’s possible that you will have a milder infection, but you can still pass that on to other people. So, we’d need to make sure that more than 70 percent of the population is vaccinated. And what’s the likelihood of that in America? There’s so much anti-vaccine sentiment here that even getting to 50 percent, I think, is going to be a big struggle.