If Pennsylvania Is Going to Legalize Adult-Use Marijuana, This Is How It Should Be Done

Marijuana law experts and advocates weigh in on six things lawmakers should keep top of mind amid the movement to legalize weed. 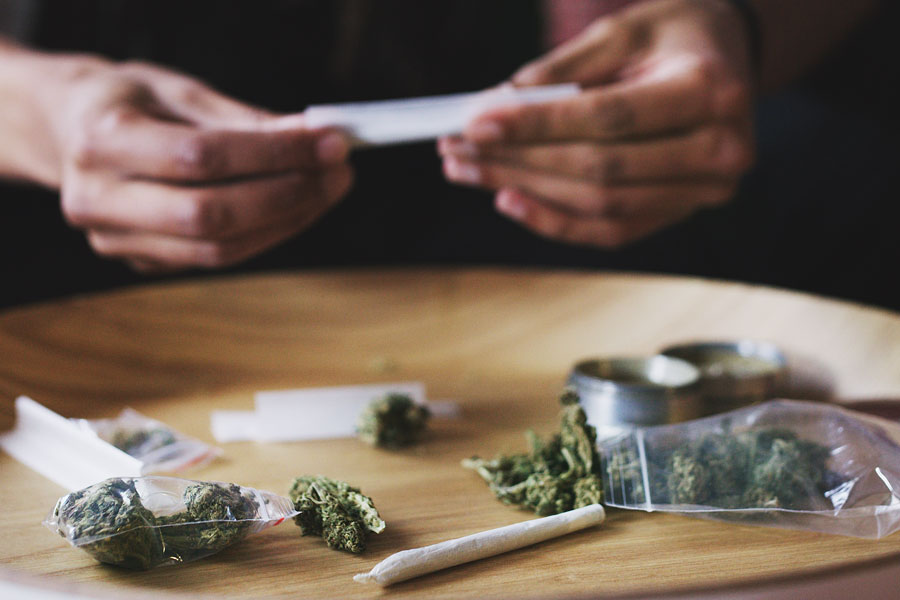 If Pennsylvania is going to legalize adult-use marijuana, these are the issues legislators should keep top of mind. Photograph by Getty Images/Gradyreese

Experts have been predicting marijuana legalization in Pennsylvania since at least as early as 2013, more than a year after the first few states in the U.S. legalized recreational adult use. The state didn’t make medical marijuana legal until 2016 and patients didn’t gain full access to medical marijuana in dispensaries until two years after that. All in all, it’s been a long journey, that some now believe may come to an end with recreational marijuana being legalized in the state thanks to the life-disrupting impact of the COVID-19 pandemic.

While several Pennsylvania legislators have fought against or failed to get marijuana legalization passed, current governor Tom Wolf was the one who ultimately signed medical marijuana into law in 2016, making Pennsylvania one of 33 states to legalize medical cannabis. This is why, in August, when Wolf called on the legislature to legalize recreational marijuana, our ears perked up a bit.

Eleven states and Washington, D.C. have legalized cannabis for adult use. Could the man who garnered enough support for medical marijuana do the same to finally eliminate the prohibition of adult recreational use?

Some argue Republican and Democratic leaders are still too divided on the issue to see anything passed. Others say the one thing that makes the conversation different this time is COVID-19. The pandemic has left the state with a gaping $4 billion budget shortfall. Filling that budgetary hole has become a priority for lawmakers across party lines and revenues from taxes on legal marijuana sales could mean an influx of tax dollars to help make up the shortage.

“In challenging times like these, foregoing the chance to boost small business, minority entrepreneurship, employment and state tax revenue can hardly be passed up. That is true now more than ever,” executive vice president of the National Association of Cannabis Businesses Mark Gorman said in a recent statement.

But how long might it take to effectively transition the state from medical to recreational use sales before tax revenues would have an actual impact on the budget? And what other decisions — like who can and cannot get licenses and how decriminalization will be managed — should lawmakers be considering before they make the switch?

We spoke to experts and advocates about how lawmakers can legalize recreational marijuana in Pennsylvania quickly and fairly. Here’s what they said.

Use the state’s existing supply chain

Pennsylvania may be in a better position to make a quick transition to legal adult use because the state has already legalized the sale of marijuana for medical purposes. This means many of the infrastructural updates needed to facilitate the legal sale of weed are already in place.

“There is a supply chain that is already intact and could likely be expanded very quickly to allow for a recreational marijuana program to be implemented without too much challenge,” said Seth Goldberg, a partner at the Philadelphia-based law firm, Duane Morris, and team lead for the Duane Morris Cannabis industry group, which represents individuals and businesses in the cannabis supply chain.

To make legal marijuana widely available quickly, the state will need an ample number of entrepreneurs to launch businesses focused on marijuana sales. But if there are too many barriers to qualifying to become a legal marijuana business owner — like unnecessarily exorbitant costs, training, or certifications — some may forego the journey altogether.

“Whether they have an existing business that is currently unregulated or they want to get a license and get a dispensary, the bar of entry has to be low so that people who don’t have the financial means or may not have the financial capital can still be able to participate,” said Tauhid Chappell, founder of the CannAtlantic Cannabis Conference, an educational event that brings community leaders, policymakers, business owners, media professionals, patients and curious minds from across the Mid-Atlantic Region together to discuss the need for more education on cannabis legalization.

According to Chappell, one such barrier would be if Wolf were to follow through with his proposed idea of having marijuana sold primarily through state-owned stores that operate much like liquor stores in the state.

“Pushing a state store model where cannabis businesses are regulated like alcohol is not the right way to go,” he said. “How many Black and Brown people own alcohol stores? Any language that talks about creating a state-run model is inappropriate because that will severely limit who actually gets to participate in the legal market.”

Keep social justice and equity at the forefront of the agenda

One challenge to legalizing any activity that was previously prohibited is that there will undoubtedly be people who were punished for participating in the activity before it was lawfully permitted. With marijuana, this fact has uniquely affected victims of the War on Drugs — a decades-long government campaign that, among other strict enforcement, imposed mandatory minimum sentences for drug crimes.

Cherron Perry-Thomas, co-founder of the Diasporic Alliance for Cannabis Opportunities (DACO), says marijuana legalization in Pennsylvania must be accompanied by forgiveness to individuals who are currently incarcerated for marijuana offenses.

“There are many places where you can walk in and buy marijuana and we still have many people around the country that are still incarcerated for it. Those lives need to be repaired,” Perry-Thomas said. “We’re asking that those people are released, that their records are expunged and that they are allowed to be a part of this growing industry.”

“You don’t want to prevent people who’ve had marijuana offenses from getting jobs in this expanding industry,” he said. “One thing that some states have tried to do is to make sure that a criminal record that is comprised of marijuana-related violations shouldn’t prevent somebody from becoming employed in some way in the cannabis industry.”

Pay close attention to the nuances of decriminalization efforts

Chappell believes that “anyone who’s been impacted by the war on drugs, whether it’s related to marijuana possession or distribution, should have their criminal record expunged,” but says the devil is in the details.

“The rhetoric that we often hear is that anyone who is a non-violent person with a marijuana-related conviction should be able to have their records expunged and they should be released from prison, and that is true. But often, there are subtle nuances to what is classified as a non-violent offense and what is classified as a violent offense when it comes to marijuana cases,” he explained. “So, we have to go beyond expungement of just the marijuana conviction. We have to talk about everything else that is attached to a person’s conviction that is also keeping them in jail.”

Be mindful of how marijuana is taxed

Currently, marijuana growers and processors in Pennsylvania are taxed five percent on the gross receipts received from the sale of medical marijuana to a dispensary. But there is no sales tax on marijuana, so consumers who purchase it do not pay a tax. According to Goldberg, that could change with legalization, but it shouldn’t.

“Whether a marijuana sales tax is imposed on consumers or whether the five percent excise tax that’s imposed on growers and processors is increased, these are things that I certainly wouldn’t advocate for because I don’t know that it would be necessary to result in a boost in the tax revenue,” Goldberg said.

“When the growers and processors expand their operations to meet the additional demand of adult-use cannabis, their excise tax will naturally grow because the gross receipts that they receive from selling medical marijuana to a dispensary will increase.”

Goldberg also warned that a marijuana sales tax on consumers might be a disincentive for consumers to buy state-regulated cannabis, as opposed to black-market cannabis.

“The higher that consumer tax gets, the greater that disincentive is,” he said. “If you’re going to have adult-use cannabis, you want to have it be a regulated product as opposed to a black-market product. So, it may be sufficient alone with the five percent excise tax to generate a very significant boost in the state’s tax revenue.”

Make sure the money goes to the right place

In his announcement of his fall legislative agenda, Gov. Wolf called for revenue from the legalization of recreational marijuana to support “small business grant funding and restorative justice programs,” with an eye on pursuing “policies that restore justice for individuals convicted of marijuana-related offenses.”

But with COVID-19 related needs looming, some worry the funds could wind up being diverted to pandemic needs instead of supporting the communities most affected by the War on Drugs.

“No money should go to any area that hasn’t been impacted by the War on Drugs and there is data to support where those areas are. Those counties should be first in line to get some money,” Chappell said.

In Massachusetts, for example, the Massachusetts Cannabis Control Commission employed researchers to conduct a thorough study that identified the specific counties within the state that were most impacted by marijuana-related arrests. Chappell believes Pennsylvania should do the same.

“It’s one thing to hear the governor say we’re going to put some of this revenue into places that have been impacted by the War on Drugs, but the plan needs to be more specific,” Chappell said.

“Even if the governor earmarked 50 percent of the funds to be directed to small, minority-owned businesses, that is still too vague for me,” Thomas-Perry added. “I think that it’s important that any revenue that is coming from a legalized market should really go to those communities who have been disproportionately affected by the War on Drugs because that extracted a lot of people from their communities and those families and those communities need the funds to repair and be made whole.”