For Its Second Year, B.PHL Innovation Fest Will Be Virtual — and Free

Unlike SXSW and other big festivals, B.PHL’s planners say canceling was not an option. Here’s how they made the switch to online in a pinch. 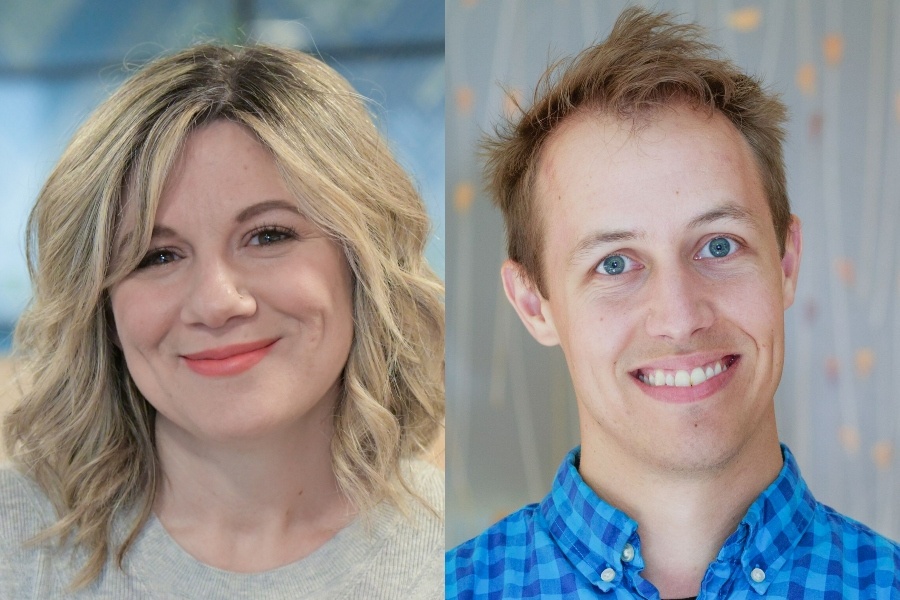 When we last spoke to the organizers behind the three-day city-wide innovation festival B.PHL in March, they were all set to welcome thousands of attendees to more than 200 face-to-face events throughout the city. When the pandemic made its way to the region later that month, it became clear that things wouldn’t be able to continue exactly as they’d planned. Over the past five months, the executive director of B.PHL, Michelle Histand, and the festival’s co-founder, Dan Whitzer have led the vast effort of overhauling the event so it can be delivered safely amid COVID-19.

Two major changes: all B.PHL events have moved to a virtual format, and registration is now free.

Other things, however, remain the same. The team still managed to pull together more than 100 sessions on topics ranging from diversity and inclusivity to Cellicon Valley. There are still plenty of big names involved, so attendees will get the chance to virtual meet and hear from local leaders and innovators like Children’s Hospital of Philadelphia president Madeline Bell and Comcast Spectacor’s gaming division president Tucker Roberts (full disclosure: yours truly will also be moderating a panel about how employers can support their employees’ mental health at this year’s fest). Celebrities will also make appearances, including actor, writer, and producer Issa Rae, who’ll participate in a one-on-one discussion about her career, and Grammy award-winning recording artist and motivational speaker Pitbull, who’ll join the festival from his Sports, Leadership, Arts and Management Academy (SLAM) charter school in Miami’s Little Havana neighborhood to discuss the importance of quality education and closing the poverty gap.

This year, the three-day festival will take place September 15th through September 17th. We spoke with Histand and Whitzer about what to expect from the festival’s first run in a virtual setting and how they made it happen on such short notice.

NextHealth PHL: What has changed since we last spoke in March?

Histand: Everything changed. We were closely watching how things were unfolding with COVID. In March, we were thinking that maybe, by September, things would be fine. And then as we watched things progress, we decided to make the call, in early May, that we were going to have to move to another format. Initially, we thought, we could do a reduced number of in-person events with smaller groups and move the majority of content to virtual. But, of course, things continued to shift. So, all our content is virtual.

What are some of the biggest hurdles you faced in converting this to online?

Histand: There were so many challenges. One thing that was difficult was reaching out to potential celebrity speakers and having people say  ‘we don’t know what a virtual event like this looks like’ or ‘we don’t know how to do that’ because they hadn’t really thought about how to engage virtually. So that was a challenge. And we didn’t want to just take what we were going to do in person and offer that exact same thing online. So one of the biggest challenges has been thinking about how to reimagine some things so it’s a good online experience, that’s engaging and not just trying to replicate what we did in person, online. So, we had to think about ways to change it in a way that would resonate with people, that would make them want to tune in when they have a hundred competing priorities at home.

Whitzer: Also, with a virtual event there’s less control in terms of the internet and the platform. So, for us, it was a challenge trying to find what was the most engaging but simple platform from an attendee perspective but also from a speaker perspective. So, we wanted those experiences to be simple and easy for both of those sides. Obviously, you can’t physically take a speaker and usher them on stage now but you do have to make sure everyone’s in the room, make sure all the tech works and that their Internet is working and then we go live. And I think, on my side, was one of the biggest hurdles and coming up with contingency plans for if something goes wrong.

What gave you confidence that B.PHL could be successful online when so many other large festivals had to cancel?

Histand: We felt strongly that in our second year, we’re still building the brand and, we simply couldn’t cancel. We felt like we had to do something because it’s year two, we’re just getting traction and getting people to know what B.PHL is and what we’re all about. And, I think in some ways it being the second year really worked to our advantage because we didn’t know how to do a festival last year and we didn’t exactly know how to do a virtual festival this year but we figured it out. One thing about the entire group that works on this is that we’re really flexible and we talk about innovation, but we also live it. We’re quick, we’re nimble, we’re flexible. So, it was never a question of if we could do it, we just had to figure out how.

Whitzer: Part of B.PHL is to inspire people, to connect with new people, share new ideas, and think creatively. And people need that right now; the region needs that inspiration. We’ve been stuck in our houses and we haven’t been able to interact with others and we felt that it was important to keep it going, even though it’s virtual, and to figure out those creative ways to connect people and inspire people in a time when they really need that.

How did you find the right online platform to host this event?

Histand: One of the crazy things we found is that there is no one platform that does everything we needed it to. So, we needed a platform for large speaker events where we could have 5,000 people in the room and then we also needed a platform that would allow for some inactivity. So, for some things we wanted attendees to be able to turn on their cameras and their microphones. And there’s not one platform that does both. So that’s a business opportunity for somebody out there to go build one because we ended up having to use two platforms.

This year, registration is free, but I see you’re encouraging donations to a fund for COVID-19. Can you tell me more about the fund and how B.PHL will help support it?

Histand: We’re working with the PHL COVID-19 fund that’s being administered by the Philadelphia Foundation. That’s the existing fund that’s been going on for several months now. When we planned B.PHL, even when it started last year, first and foremost, we wanted this to be accessible to everybody. We never wanted a badge price to get in the way of somebody attending. So, last year we gave away a lot of free badges and this year it felt like, with the economic situation, we couldn’t ask people to pay to attend. So, right away we stripped away the badge price and made it free for everybody.

But because we have a focus on economic recovery, we also wanted to allow people who felt like they would’ve put a little money out for this to be able to put it toward the PHL COVID-19 fund. So, we will be taking any donations that come in and we’ll be sending them right over to the PHL COVID-19 fund.

Are you expecting a big turnout this year?

Histand: We have a pretty big goal. We are shooting for 10,000 attendees. We had five thousand last year. We think that in a virtual environment, we can absolutely double that and we are well on our way.

B.PHL Innovation Fest kicks off on September 15th. You can register for your free ticket here.