Despite changes to the NIH grant review process, a new study found Black applicants consistently receive lower scores in the first phase of review. Experts explain why that could be — and what local institutions can do to address the disparity in funding. 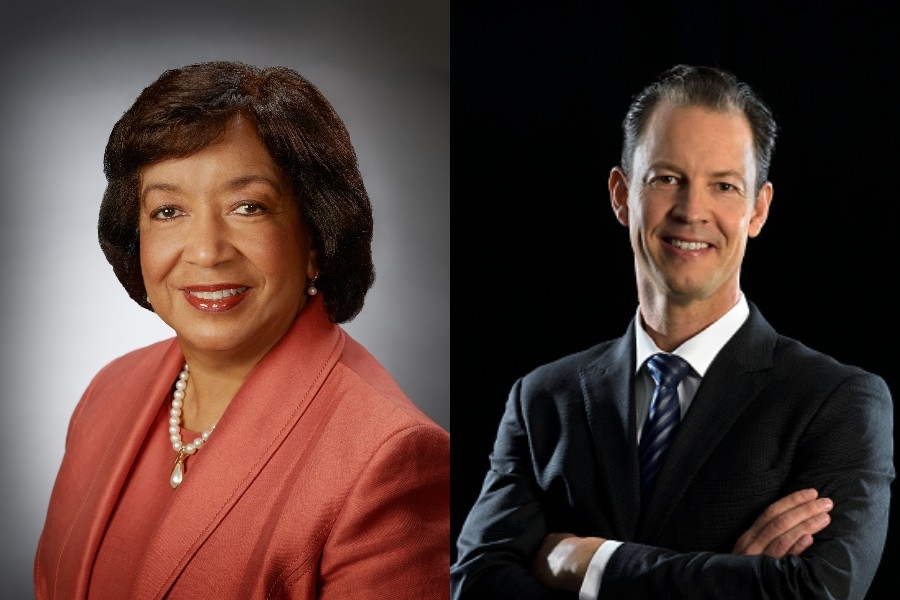 Research is at the foundation of all sound medical knowledge. It enables scientists to develop and test the efficacy of medicines and treatments, and it informs doctors on the best methods to use to treat each unique patient. But not all scientists have equal access to the resources needed to do research.

One of the primary sources of funding for research studies is the National Institutes of Health (NIH) Research Project Grant (R01). The R01 grant provides funding support for up to five years to scientists who wish to conduct health-related research and development projects that align with the NIH mission. In 2018 alone, the NIH R01 program awarded $15.4 billion to fund R01 grant applicant projects submitted by more than 7,500 scientists. Researchers receive R01 awards after going through a rigorous application review process that includes having their application reviewed and scored by their peers. It’s a competitive program that attracts as many as 34,000 applicants each year.

Data shows the R01 program is even more competitive for minorities, and specifically, Black researchers, who apply for R01 grants. For years, the NIH has been criticized for its inability to achieve equity in its funding efforts. In 2009, the agency implemented a new scoring approach that was designed to diminish bias during its peer-review process. A 2015 report found that, from 1985 to 2013, minorities were still 10 to 22 percent less likely to receive an R01 grant from the NIH than their white or mixed-race peers. A new study released in June found that Black researchers consistently receive lower scores than white applicants in the first phase of their R01 grant review, potentially because the people reviewing them hold inherent biases against Black applicants and their chosen area of research, or because of the career hurdles — including a lack of mentorship and access to professional networks — that Black scientists must overcome to succeed.

We spoke with two local experts, Dylan Edwards, director of the Moss Rehab Research Institute, and Edith Mitchell, founding director of the Center to Eliminate Cancer Disparities at the Sidney Kimmel Cancer Center—Jefferson Health and a member of the NIH’s Sexual and Gender Minority Research Working Group (the committee responsible for developing research and training opportunities to address the health needs of LGBT populations), about the importance of RO1 grants and what can be done to reverse the disparity in funding for Black researchers.

NextHealth PHL: Why are NIH R01 grants so important for scientists looking to establish themselves in academia and medical research?

Edwards: NIH grants are a foundation for scientists to conduct medical research, allowing dedicated time and resources for the due attention required to make progress, and minimizing distraction from other responsibilities that can grow in the absence of funding to sustain a scientific position, such as clinical, teaching or administrative activities. The R01 research project grant is historically the oldest grant mechanism used by NIH and is a hallmark of success as a scientist, comparable to a high impact scientific publication. They are awarded in a peer-review process, and only the most competitive proposals are funded. Reviewers critique the proposal on specific criteria (significance, innovation, investigators, approach, environment), and also estimate an overall impact level, a more qualitative impression based on the criterion scores. R01 awards allow a substantial amount of work to be conducted in one or more laboratories for up to five years, thus can accelerate the productivity of scientists relative to smaller awards and come with facilities and administrative support for the affiliated institution. A history of such funding is helpful for an investigator to attract further funding.

What are some reasons why Black applicants and other ethnic minorities are less likely to receive R01 grants?

Mitchell: When you look at the disparities in grant funding, they are like what we see in any other area of medical research or practice. And it starts with the bottom line, which is that we have a very small pool of potential applicants to begin with. In the United States, African Americans account for approximately 13 percent of the population. Yet, the number of African American physicians, for example, is less than five percent of all doctors in this country. So, you’re starting with fewer numbers, and consequently, you have a smaller pool of individuals who might even qualify for funding. That, coupled with the fact that there is racism in medicine and many African Americans do not have the mentors they need to pursue research, means the numbers of qualified Black applicants are lower. And mentorship is extremely important. Most of the grants require that you have letters of support from mentors. If you don’t have letters of support from key individuals in that field, your grant proposal is not going to receive a score high enough to be funded. It’s very important to have individuals who know this particular area of research to review your grant and, even before it’s submitted, give you suggestions on how to improve. But if you don’t know those people, you can’t get that expert review and consequently one’s grant proposal might not receive a score that puts them in the range for funding.

Edwards: The multifactorial explanations for the striking disparity put forward in the Sci Adv paper are plausible. Findings of the paper, such as fewer overall applications from Black applicants, and significantly lower scores on the Approach criterion, stand out to me. This would indicate obvious intervention points or opportunities that span the development of a scientist, potentially long before the grant application itself. But perhaps the more subtle cause at the root of the Sci Adv paper are the unspoken and perhaps even subliminal biases that could skew a qualitative assessment. In my experience, I consider reviewers fair, objective and balanced, thus findings, as reported here, are concerning. Yet, it is known that part of success in science is networking and various serendipitous events that are instrumental to development and productivity, where missed opportunity through subtle discrimination might ultimately impact the merit of a scientific application, where margins on awarded and rejected grants are slim. An example reported was the tendency for less intra-institutional collaboration for Black scientists, and there could be countless others. Thus, while the disparity in grant awards is real, the cause is broad.

What do you think local institutions can do to address this disparity?

Mitchell: What we have to do is work in all areas and that’s what we’re doing in the ECOG-ACRIN Cancer Research Group, where I am a member of the executive committee. We have to promote inclusive excellence so that we are addressing the racial, ethnic, and gender gaps in faculty transitions. We have to make sure that diverse individuals get into faculty positions at academic institutions and we have to make sure that we’ve got a culture where experienced investigators can mentor and be a supporting force for young investigators. And we have to make sure that there is institutional transformation, so that the institution gives the individual, the support that they need in terms of time protective time to do research and that they have the resources that they need in order to perform it.

Edwards: The right to for human equality should be ever-present, not ephemeral and locked to specific events in time. However, when new data on racial disparity such as these appear, it calls for action. The authors of the Sci Adv paper confirm earlier studies that a marked difference in the number of awards exist between Black and white applicants, but build on prior work by aiming to understand the less objective cause. These findings not only raise awareness of the problem but indicate that Black scientists may be disadvantaged by implicit biases at multiple career stages, including grant review, and we can all play a part in rectifying that.

Here at the Moss Rehabilitation Research Institute, where embracing diversity is evident in our people, we actively seek applicants from underrepresented groups when recruiting scientific staff. We strive to do more to address inequalities, such as those based on race, that might exist in a science career. Targeted educational opportunities and outreach in the community are a few strategies we can undertake.