A Penn surgeon is the first in the Philadelphia region to offer the Resensation treatment. 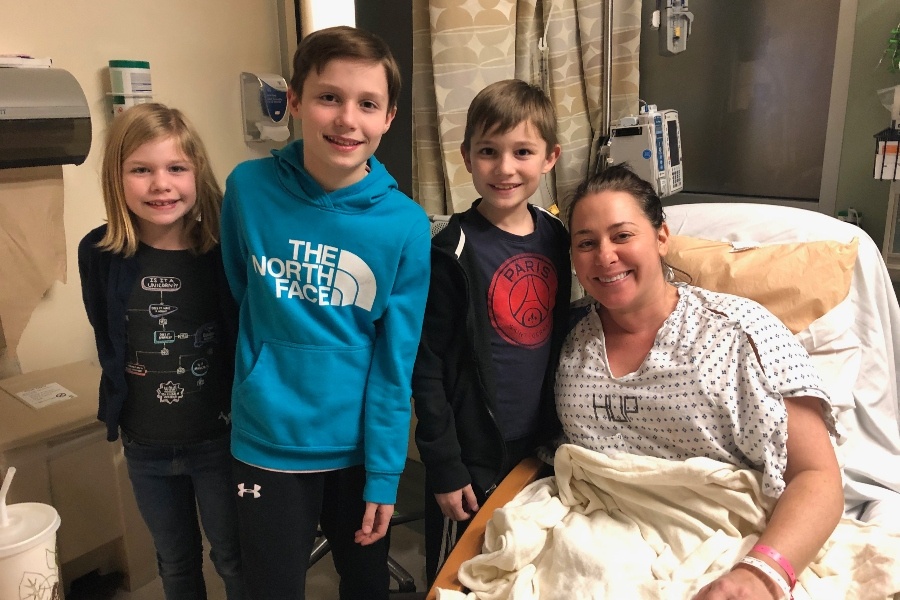 University of Pennsylvania patient Rachel Van Aken with her children after having the Resensation procedure. / Courtesy

Each year, more than 100,000 women in the United States undergo some form of mastectomy for the surgical treatment of breast cancer. Often a lifesaving decision, mastectomies come with their share of complications, from shooting pain, bleeding and scarring, to unbearable itchiness post-surgery, not to mention the mental challenge of adjusting to living with a removed organ.

Many women who undergo mastectomies also face a lesser-known issue after surgery: numbness that can extend from their belly buttons to their collar bones. Until recently, the symptom was rarely discussed and had no cure, but a new treatment being offered at the University of Pennsylvania Hospital may help breast cancer survivors feel more like themselves again.

Known as Resensation, the new technique of breast nerve repair can potentially restore feeling as part of free flap breast reconstruction surgery after a mastectomy. Free flap reconstruction uses a woman’s own tissue to create a new breast. Resensation uses donor nerve tissue to reconnect the nerves in the chest to those in the flap tissue. Over time, the procedure helps the body regrow and reconnect nerve fibers that can restore sensation to the breast tissue.

Penn Medicine plastic surgeon Suhail Kanchwala is the first physician in the region to offer the treatment and says it is a boon for breast cancer patients, almost all of whom experience some degree of numbness after a mastectomy.

During a mastectomy, the breast tissue is removed, severing the nerves that provide feeling to the breast and nipple. When nerves are severed, nerve signals are disrupted; those disruptions extend well beyond the breast area, often rendering a woman’s entire center mass permanently devoid of feeling. 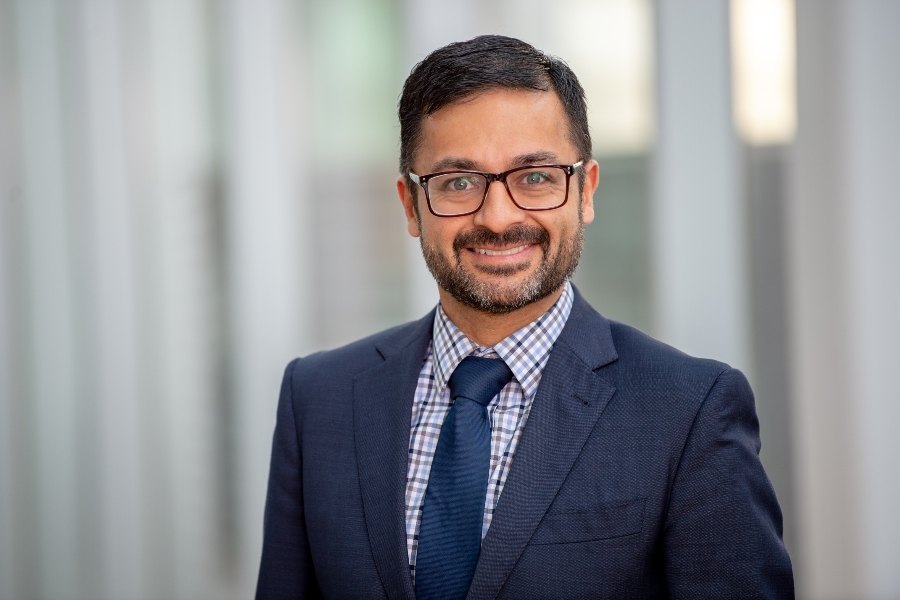 Without treatment, the numbness becomes permanent, meaning mastectomy patients lose all feeling in a large part of their body. This was Rachel Van Aken’s fate.

Van Aken, 45, was diagnosed with breast cancer in 2018. A few months after her routine mammogram, she noticed a lump in her breast. A return to the doctor and a biopsy revealed she had hormone receptor-positive breast cancer.

“My initial reactions were somewhere in between being in shock and then, of course, thinking I have three young kids. How am I going to tell them? And how are they going to react?” Van Aken recalled.

Within a few months of her diagnosis, Van Aken was scheduled with Kanchwala to undergo a two-part mastectomy and reconstruction surgery. She underwent a mastectomy on January 9, 2019.

Post-surgery, she admits, she didn’t notice the numbness right away — but when she did, it was jarring.

“You’re in a ton of pain so the numbness doesn’t really settle in until the pain goes away. When it does, you realize it. Not having sensation is bizarre, especially in such a major part of your body,” Van Aken said.

In the weeks following her mastectomy, Van Aken became more aware of various situations like hugging people and the pressure of her hugs. She couldn’t tell if she was hugging people too soft or too hard. In personal moments, when she would  cuddle with her children, then six, eight and 10 years old, she couldn’t fully feel them there.

“I thought that not having sensation was just a part of it, so it was a surprise when I learned that Resensation was even an option,” Van Aken said.

Now more than a year after the procedure, Van Aken says she’s still waiting to fully feel again but she’s starting to feel sensation under her breast and in parts of her arm — good news for future hugs from her children.

Kanchwala says, on average, women regain sensation within a year of receiving the procedure.