Philadelphia’s Citywide Innovation Fest to Return for a Second Year

B.PHL’s chief planner, Michelle Histand, says the now annual festival will be bigger and better in 2020. Here’s what you can expect to see. 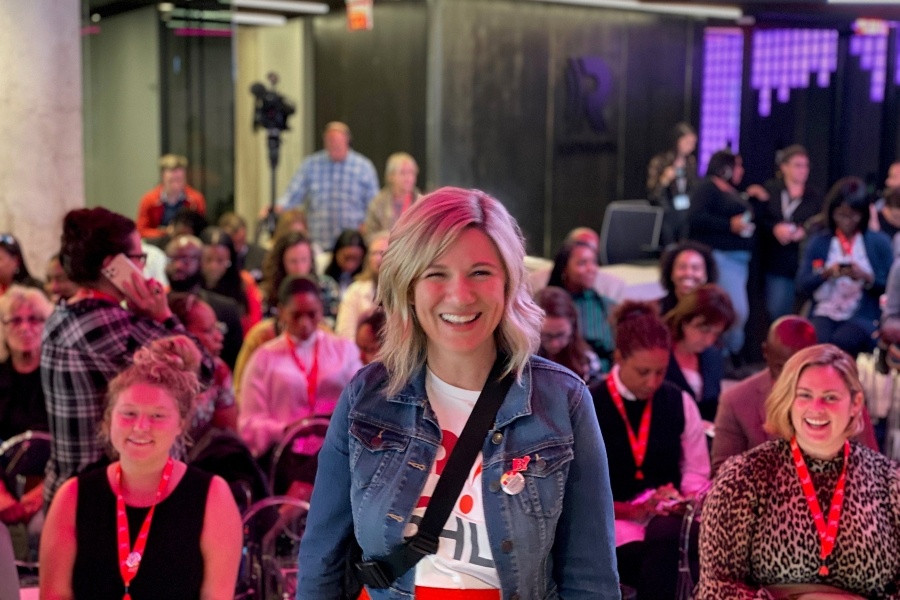 Michelle Histand is the and director of innovation at Independence Blue Cross and the executive director of B.PHL. / Courtesy

B.PHL, the citywide innovation festival that attracted thousands of attendees to more than 200 events in its inaugural year, is coming back this fall. This year, the three-day festival will take place September 30th through October 2nd. It will once again be organized by a team of industry leaders, including Comcast, Independence Blue Cross, and the University City Science Center, with the executive director of B.PHL, Michelle Histand, directing the team’s plans.

NextHealth PHL spoke to Histand about lessons learned from the first year of the fest, some changes on the horizon for this year’s gathering, and how she hopes the now annual event will help further Philly’s reputation as the most innovative city on the East Coast.

NextHealth PHL: Before we look ahead, let’s look back. How was the response and turnout for the first year of B.PHL in 2019?

Histand: It was amazing. I think in terms of the outcomes, we far exceeded what we expected going into year one. Over three days, we had over 460 speakers and 234 events across about 20 locations, which was crazy. And our target for attendance was 2,500. We had 5,000 registrations, so we literally doubled our goal. The response was so incredible; it blew us away.

We were so humbled and pleased by the outcome. I think we went into this having a really clear vision of what we wanted to accomplish. But, of course, we’re a small team. While we had a lot of help from across the city, it was probably a little more work than we anticipated, but it still ended up being so incredible. And I think it was because of that Philly heart that we love. We really saw that Philly heart come out in the response, both from people who helped us organize and bring this to life, to all the people who showed up because they really wanted to attend.

Based on what you learned in year one, what are some changes we can expect to see at this year’s festival?

One of the things we’re excited about is that we got an amazing response to the survey we sent out afterward to all attendees and all the people who presented last year. Most of the things we are planning on changing came from that survey.

One of the big things we heard is that people loved all the different locations but said getting around was tough. And that was not our intent at all. Our intent was to show off all the different spaces doing innovation work in the city. So this year we’re going to group the events geographically by part of the day. For instance, in the morning, everything might be happening in Center City, where you can really easily walk around to the locations. And then all the afternoon events might be in University City.

Another thing, in terms of improving the attendee experience, is we will reduce the number of speakers this year. Last year, we were excited that anybody who wanted to be part of this presenting could be. This year, we’re keeping the spirit of that. We want to make sure that we have an equitable and diverse process for speakers to be part of this, but also recognizing that 234 events were just too many for three days. We’re looking to reduce the number of sessions but still have amazing speakers and content.

You had some pretty impressive speakers in the first year, from actress and TV host, Tracee Ellis Ross, and The Roots frontman, Questlove to La Colombe founder, Todd Carmichael, and Blackstone CEO, Stephen Schwarzman. Who can we expect to see presenting at this year’s festival?

We’re in the process of locking down our keynotes. We really have an eye on more national speakers. While we started year one, kind of for Philly and by Philly, as we grow and continue to expand, we really do want to make this a national festival, with a national presence where people come to Philadelphia and get to see all that we have to offer.

As we start to build our roster of keynotes, we’re looking at, who from outside the area has something awesome to talk about that also maybe has a connection to Philly in some way. We’ll be soliciting for content submissions at bphlfest.com from March 1 through April 10 from anyone who wants to do a workshop or a panel or wants to be a speaker.

B.PHL was partially inspired by SXSW, a festival that attracts more than 70,000 attendees to Austin, TX each year. Do you think B.PHL will ever reach that level of popularity?

Absolutely. We use SXSW as the level set. I don’t think we’ll ever be SXSW or want to be SXSW. We want to be Philadelphia. We don’t want to be Austin. What we do want to do is make sure that the world sees us as a World Heritage City, which we are. We want people to know that we are a global city. We want people to know that this is a great place to start your business or to stay after you graduate from college here or to move your business here if it is overseas. We want folks to know that we are here, and innovative, and open for business. We want this to be something that attracts tourism, business and opportunity to the region.