One of the most popular classes for fourth-year medical students, the course challenges them to be leaders in the face of large-scale emergencies and natural disasters. 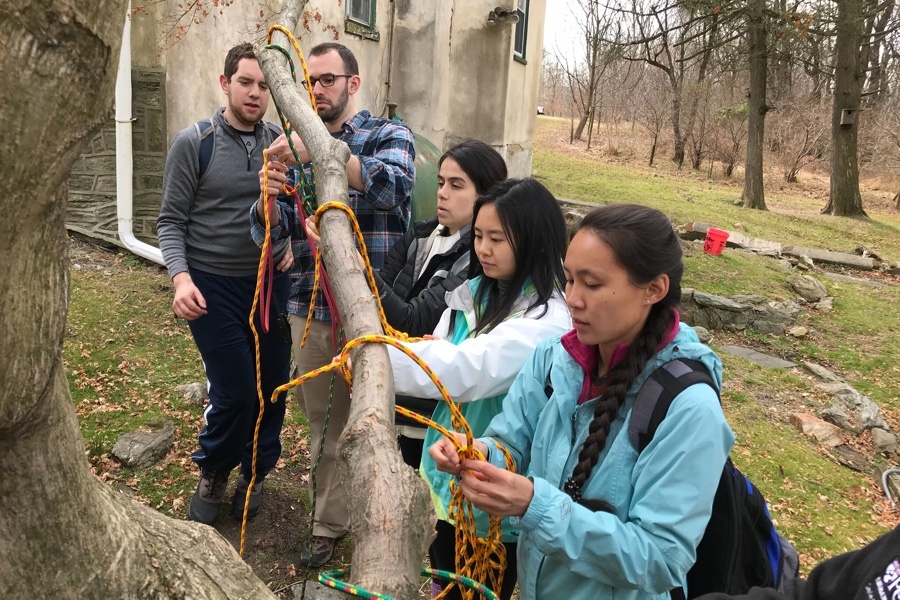 On an unusually sunny February afternoon, a class of sixteen fourth-year Penn Medicine students wrapped up one of their peers in a snug sleeping bag, surrounded by an insulating mat that was further surrounded by a water-resistant tarp. “That’s one nice burrito wrap,” said one student, as he congratulated his classmates on a job well done. The group’s instructor, Dr. Pete Sananman, agreed and added, “But did anyone remember to wrap her in a makeshift diaper?”

Sananman, the director of disaster preparedness and an associate professor of clinical emergency medicine at Penn Medicine, started teaching this hands-on Wilderness Medicine course to a select group of fourth-year Penn Medicine students in 2013. Since then, the intensive two-week elective has slowly become one of the most popular options among the medical students, with an ever-growing waiting list to enroll. 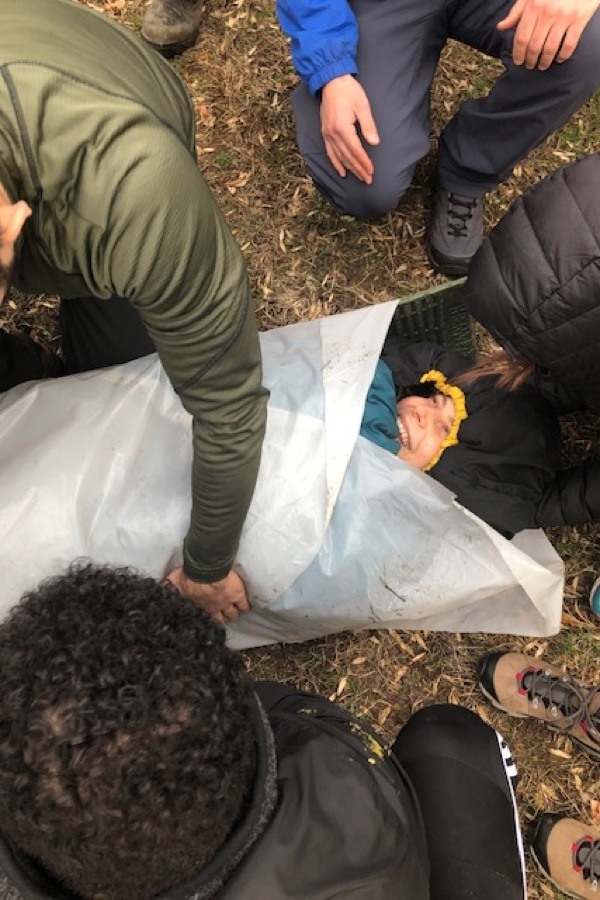 From lectures on how to treat poisonous snake bites to an overnight disaster mass-shooting simulation in the middle of New Jersey, the course teaches students to react to medical emergencies without all of the resources of a hospital setting—even when that means fashioning an impromptu diaper for a pretend-patient undergoing hypothermia.

“The course is a Penn Med legend,” says Jessica Liu, a soon-to-be medical resident in anesthesiology. She thinks that while the class definitely appeals to outdoorsy students, there’s also an appeal to its leadership development. Her friend and fellow fourth-year medical student Kara Silberthau, who plans to pursue a residency in otolaryngology, also sees the leadership aspect as vital to the course’s popularity. “There’s a lot of peer to peer excitement about the course,” she says. “It gives us a chance to reflect on what it means to be a good physician and be leaders in environments that require extreme adaptability.”

Sananman started to realize the importance of teaching students about wilderness medicine after working in Haiti following the catastrophic 2010 earthquake that devastated the country.

“When I was there, I was sleeping in a tent. I was drinking and bathing with water from a cistern and cooking over a campfire,” he says. While other doctors were confined to airport batteries in Haiti, Sananman thinks his wilderness experience and comfort in more extreme environments is what gave him the chance to travel around the country, providing help in the earthquake’s aftermath.

Sananman wants to give the students taking his course the same advantage. Working with a team of four emergency medicine residents and a large group of guest instructors, he gives students lessons in treating hypothermia or performing impromptu water rescues, training them to expect the unexpected. “I love watching the students learn how to be a doctor in any environment,” says Dr. Amanda Deutsch, a Penn Medicine resident in the department of emergency medicine who has assisted Sananman in the course for the past three years. 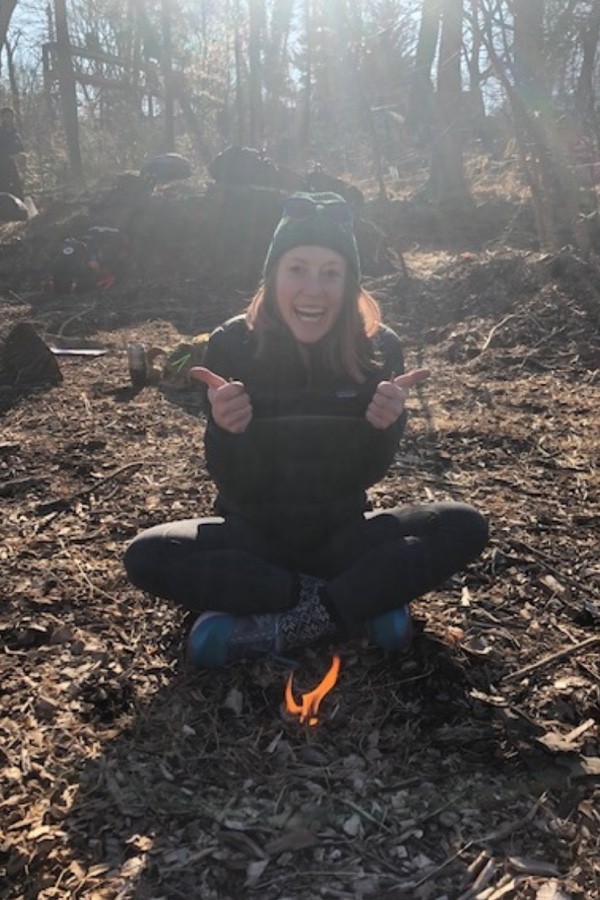 Even though the course might be tailored to students with an interest in emergency medicine— like Deutsch herself—she also thinks that it prepares doctors of all backgrounds for the kinds of scenarios when someone like a flight attendant might ask if there’s a doctor on board the plane. “What will you do on a flight when all of a sudden you’re that doctor?” she asks.

Another emergency medicine resident assisting with the course, Dr. Jonathan Bar, agrees. “People will look to you for help no matter what kind of doctor you are,” he says. While some of his favorite parts of the course include watching students get excited about starting a fire with a piece of flint or making traction splints to temporarily stabilize a broken bone in emergency situations, he thinks that the soft skills in leadership and teamwork that students take away from the course are important, too.

Organized on a structure of morning lectures followed by afternoon outdoor training sessions, Sananman gives students a chance to apply their classroom knowledge to real-life situations. In one of the earlier sessions, he and other instructors teach students about the risks of both hypothermia and hyperthermia, before sending them to an Outward Bound School location in Wissahickon to learn knot-tying, shelter-building, and other survival skills for sub-freezing temperatures. Beyond burrito wraps, students learn not only how to keep themselves warm by using a garbage bag for insulation but also how to tie an emergency webbing harness that they can use to carry a hypothetical patient on their backs.

But over the next several days, the training intensifies as Sananman puts students in hospital-wide emergency simulations at Penn Presbyterian or, for the final exam, in overnight mass-injury scenarios with multiple rounds of surprise twists without a specified end-time. 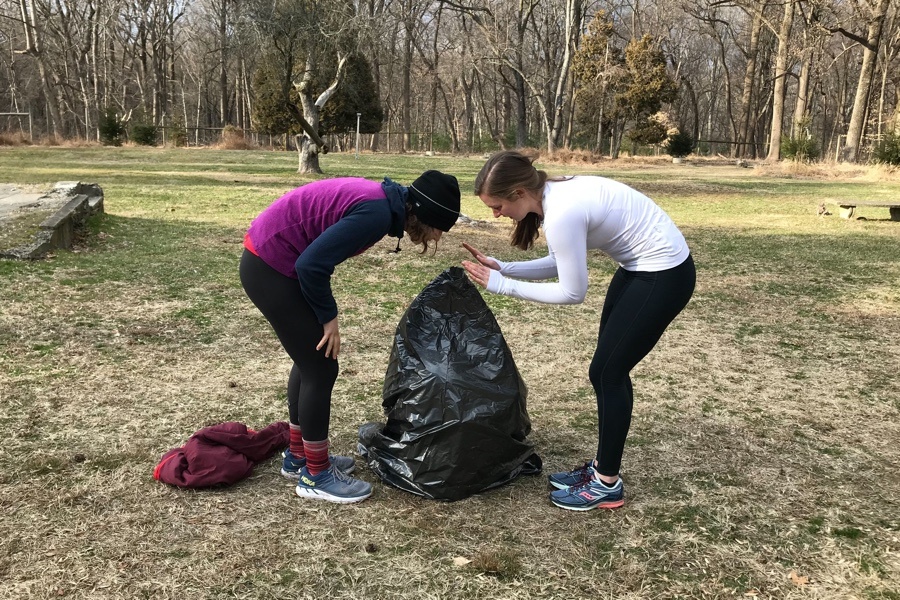 Despite the high pressure of these tests, Sananman thinks these simulations will help students be more prepared and comfortable jumping into residences after graduation.

“There will be moments later on when these students are interns or residents where they could be in charge of a team of 30 people in the middle of an emergency,” he says. “This course prepares them to be leaders in those situations.”