John Furey helped propel Spark to a groundbreaking FDA approval. Can he do the same for another Philly biotech company? 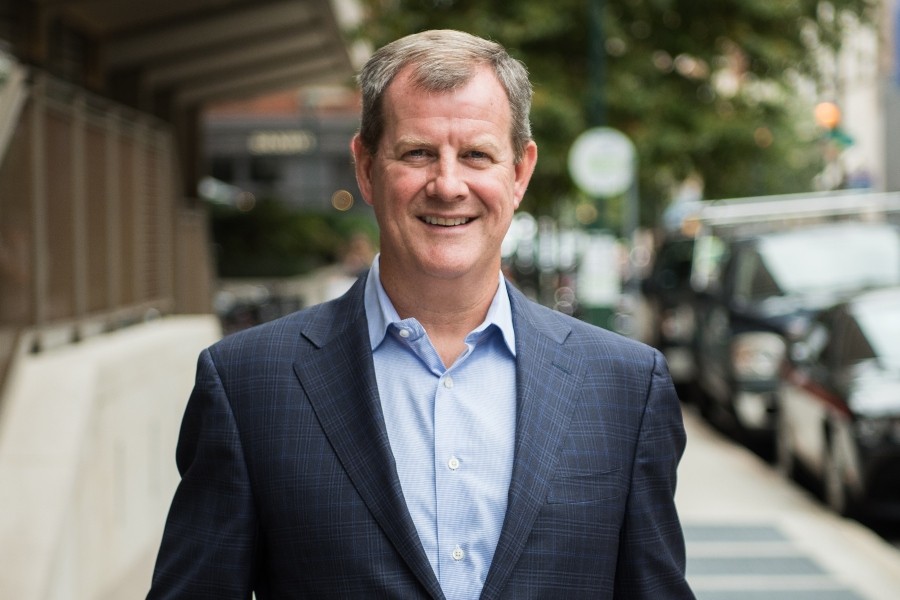 When John Furey retired from his role as chief operating officer at Spark Therapeutics in November 2018, he had plans to take it easy. He spent this summer joining executive boards, including the boards of Philly T-cell therapy company Adaptimmune and international biopharmaceutical company Sensorion, and was doing advisory work for a number of companies and funds. He never thought he’d reassume an operational role.

This week, Philadelphia-based biotech company Imvax announced that Furey would take over as its chief executive officer and a member of the company’s board of directors. Furey says he took the role after several discussions with Spark’s board chair Steven Altschuler, who also serves on Imvax’s board.

“I had a very high bar for what I might do if I was to ever take another operational role,” Furey told NextHealth PHL. “I talked with Steve, and I really loved what I learned about the Imvax team and the science. They were able to entice me to come back into an operational role. I’m excited about the early data that we have and the patient impact that we’re going to eventually have.”

Altschuler says he knew Furey would be a perfect fit for the role. Furey has spent 25 years developing operational strategies and leading tech teams. Most recently, he played an integral role in helping Spark secure approval from the Food and Drug Administration (FDA) for the company’s novel gene therapy drug Luxturna.

“John was recruited as the COO at Spark at a time that we were trying to get their first gene therapy approved by the FDA. He had a great skillset from big pharma and helped with the compliance components of the application to the FDA. He then helped us build a commercial organization at Spark to market and sell the new drug,” Altschuler explained. “I think Imvax has a novel and complex therapy, and it’s going to require a lot of work in building an organization that can push through these compliance issues just like he did at Spark. ”

Furey will replace David Andrews, Imvax’s co-founder and chief medical officer, who had been serving as the company’s interim CEO. Andrews has been developing Imvax’s lead product candidate, IGV-001, for the treatment of newly diagnosed glioblastoma multiforme (GBM) with his team at Thomas Jefferson University over the past two decades.

NextHealth PHL spoke with Furey about his plans for Imvax’s future and the promise of company’s treatment for one of the deadliest brain cancers.

NextHealth PHL: What are your top priorities for growing and moving Imvax forward as company?
Furey: We have a very impressive team at Imvax. David Andrews and Dr. Craig Hooper, they’re phenomenal physicians and scientists and have done a remarkable job to bring Imvax to the point that it is now, where we have our early-stage trials for IGV-001, which is showing a lot of promise in glioblastoma.

The next steps are three overarching things we need to do in the next 12 to 18 months. First, we need to prepare our lead candidate for glioblastoma, IGV-001, to go into a phase two study sometime in 2020. Second, I have to build out a team that will continue to compliment the great team we have. Lastly, we want to build out additional therapies because this is not just a potential therapy for glioblastoma. We have some early pre-clinical data that suggests we can go into other cancers, so we will move some of these other cancer indicators from preclinical into clinical to gather additional data.

Can you talk a little bit about glioblastoma and the importance of the work Imvax is doing for patients living with this disease?
Glioblastoma is the most common form of brain cancer in adults. It accounts for about 50 percent of brain tumors, the median survival rate is less than 15 months, and approximately four percent of patients diagnosed with GBM survive five years. So, it’s a challenging cancer to restrain because of its invasive nature.

There is such a unique approach that Dr. Andrews and Dr. Hooper have developed over 20 years at Jefferson. The technology is an autologous tumor cell vaccine that uses the patient’s tumor cells to affect an immune response that can support the standard of care, whether that’s resection and radiation or another traditional approach.

In March of this year, at the American Association for Cancer Research conference, David presented the data from our studies, which really showed how the vaccine has increased overall survival in newly diagnosed patients. Fifteen of 33 patients that were in that phase 1b trial saw no growth of their tumors as of March 2019, which is exemplary. And the cohort with the highest vaccine dose had a 7.3-month overall survival rate improvement versus what we typically see. The technology shows a lot of promise.

You played an integral role in Spark’s exit from Penn, one of the biggest tech spinouts in Philly’s history. Do you think the Imvax exit from Jefferson will be just as impactful?
I’m not going to speculate. But they have shown wonderful progress in the 1b studies. As they continue, through phase two and phase three studies, to demonstrate this kind of profound impact, and as we go through future clinical development and FDA review, this will be a benefit to patients with cancers that have unmet medical needs. Right now, the focus of Imvax is to really deliver on that promise. That’s our focus.