Chris Molineaux, the president of Pennsylvania’s only life sciences trade association, explains how Philadelphia can attract more investors and talent. 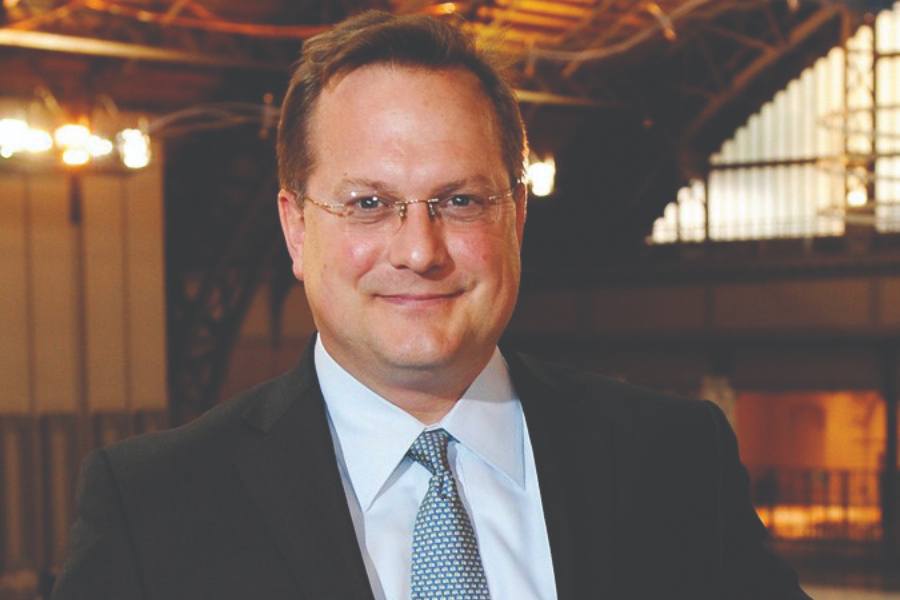 Christopher Molineaux is the president and chief executive officer of Life Sciences Pennsylvania, the state’s only trade association for the life sciences industry. The Association has more than 800 company members. / Courtesy

Philadelphia’s life sciences community is amidst a renaissance that has been decades in the making. The city boasts a number of scientific firsts and has served as an educational home to several giants in the pharmaceutical industry. Both Eli Lilly, creator of Insulin and Prozac, and Robert McNeil, inventor of Tylenol, for example, graduated from the University of the Sciences right in West Philadelphia.

This legacy of pharmaceutical leaders in Philadelphia led to the creation of a host of companies that have since become global household names and has helped to create the life sciences talent pool that exists today. There are now more than 2,800 life sciences organizations across the state of Pennsylvania, and that number includes more than 1,200 companies in Philadelphia alone. Many of those companies, including Pfizer, Merck, Johnson & Johnson, and GlaxoSmithKline, are members of Life Sciences Pennsylvania (LSPA), the state’s only trade association for the life sciences industry.

With nearly a decade of experience serving as president and chief executive officer of LSPA, Christopher Molineaux has witnessed a wave of positive disruption that has changed academia and the pharmaceutical industry alike. But, according to Molineaux, it was an unexpected economic shift, nearly a decade ago, that led to the present surge of innovation success in the region.

In 2008, amid a nationwide recession, pharmaceutical companies began laying off employees in droves, largely because new products were not going to market fast enough to offset patent expirations on some of their blockbuster products. At the same time, the federal government was trimming funding for the National Institutes of Health (NIH), which sent academic institutions looking for new sources of revenue to fund research, Molineaux explained.

Neither entity could continue to do things the way they’d always been done.

“Over the past 10 years, there has been an absolute change in the orientation of large pharma companies. They’re now looking to the startup community and universities to help fill their product pipelines. And the universities, who were looking for new sources of revenue, have developed a greater openness to tech transfer,” Molineaux said. “It’s a great marriage that has led to the formation of a lot of new companies and the acquisition of many new assets from universities by these large pharmaceutical companies.”

High-profile acquisitions like Spark Therapeutics’ recent $105 million gene therapy licensing deal with Novartis, and others, have positioned Philadelphia near the top of several national lists of the most promising innovation hubs in the country. But if you talk to anyone in the life sciences scene, they tend to feel that there’s still something missing — something that’s keeping Philly from shedding its underdog status to become number one.

Here’s what Molineaux believes Philadelphia needs to do to take its life sciences ecosystem to the next level:

“There are a lot of senior-level pharma executives, and development stage scientists in the region because of the legacy of the big pharma companies here, but we don’t have enough CEO-level, startup executives in the region to accommodate all the companies that are being created here,” Molineaux said. “CEOs like Steven Kelly, who came here from Boston to run Carisma Therapeutics, and others,  are attracted to the region because of the scientific and business opportunity here.”

“As we attract more executive talent to the region, the investment dollars will follow. There is a lot of investment capital in the marketplace today, particularly for biotech, but there’s not a lot of it coming into Philadelphia because we need more executive talent in the region,” Molineaux said. “Money is portable. I believe the money will follow the executives and the management teams that have a track record of success. There’s plenty of money out there. It’s having the experienced talent with a track record of success that’s going to get investors to bring the money here.”

“We need to continue to grow our differentiator, from a scientific standpoint, and that is Cellicon Valley. Cell and gene therapies are not unique to Philadelphia, but it really all started with science coming out of the University of Pennsylvania. We have these firsts: the first FDA-approved gene therapy from Spark Therapeutics, and the first FDA-approved cell therapy, Kymriah. And now we have companies here that are manufacturing these advanced cell and gene therapies at places like WuXi AppTec, and others,” Molineaux explained. “It really has become the differentiator for Philadelphia from a science perspective, and I think the more visibility that that garners, the more we’ll be able to attract biotech CEO talent from outside the region into Philadelphia.”

…but also promote the region as a whole

“We need to better promote the region as a destination for life sciences entrepreneurs,” Molineaux said. “If you think about Philadelphia, geographically, we sit equidistant between the financial markets of New York and the regulatory agencies in Washington, D.C. There are so many advantages here, and in and around Philadelphia. The cost of living and the quality of life are outstanding, relative to Boston and San Francisco, which are both exceedingly expensive. I think the owners of these scientific assets just need to better pitch to prospective leaders that this is the place to be.”