Ira Pastor, the company’s CEO, wants to help humans tap into their regeneration superpowers. But is reviving the brain dead ethical or even possible? 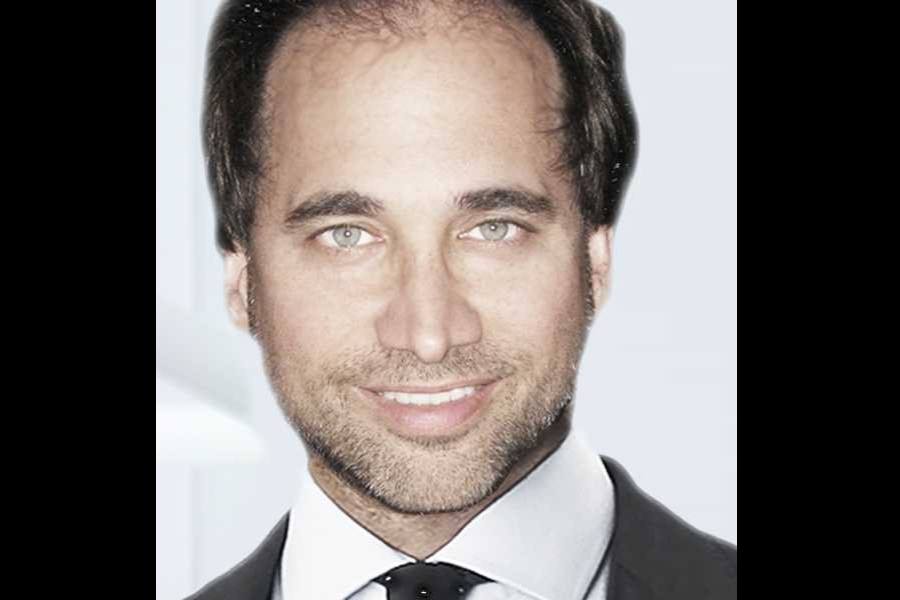 Did you know a salamander can regrow its limbs and organs?

It’s one of those lesser-known facts that you might share at a dinner party to impress your friends. For researcher and businessman Ira Pastor, the salamander’s extraordinary capabilities inspired the creation of a company that wants to prove humans can regrow limbs, and brains, too.

“We are a company that is very interested in regenerative biology, specifically all of the organisms that are good at regenerating parts of their bodies,” said Pastor, who is chief executive officer of the Center City, Philadelphia life sciences company Bioquark.

“While the general public maybe knows about the salamander, there are many species on this planet that can regenerate their brains, even after complete destruction, certain worms, amphibians, even insects. Unlike us, when we lose our brain, it’s gone. That, just from a purely scientific perspective is very interesting to us.”

Pastor founded Bioquark to explore unanswered questions about the human brain and body: What causes our unfortunate transition toward disease and degeneration? How can we reverse skin wrinkling, hair loss and other unwanted effects of aging? Can there be new and better approaches to treating certain cancers and kidney diseases?

The company has multiple clinical studies underway to further explore these topics. But it is Bioquark’s ReAnima Project that has drawn both harsh criticism and curiosity from experts across the medical community. The proof of concept study proposes a combination therapy that includes injecting stem cells into the spinal cords of patients who have been declared brain dead due to traumatic brain injury, with hopes of reversing brain death. In other words, bringing the patient back to life. Critics say it simply can’t be done — the human brain is not and will never be capable of revival. Others believe we won’t know until we try.

Pastor has tried and tried again.

Over the past three years, Bioquark has launched various iterations of the Phase I trial but has yet to publish results due to reported challenges obtaining regulatory approvals abroad and a failure to enroll enough participants.

One of the biggest complaints among detractors of ReAnima is that the unique scenario of having brain dead patients who cannot consent to their own participation in the trial is challenging at best and unethical at worst. In healthcare, informed consent is the process in which patients are made aware of potential consequences, risks and benefits before participating in a study. Pastor’s team has relied on consent from family members of the brain dead participants.

Arthur Caplan, an ethicist at the New York University School of Medicine says Pastor’s team is playing in murky waters with regard to consent, and may be giving families false hope.

“If you say to someone, ‘Would you like for us to do something that could reverse the death of your brother,’ they’re going to say ‘yes.’ These families can’t really give honest informed consent,” Caplan argued. “It’s a conflict of interest to have a company that is in the business of bringing people back to life also informing them of the potential concerns. You need an independent perspective.”

In the U.S., the federal government only regulates research that involves humans and human tissues from living humans; an Institutional Review Board (IRB) review is not required for research using “deceased subjects.” This leaves close scrutiny of these types of studies up to the public, the participating families and the researchers themselves.

Pastor has yet to launch a ReAnima trial in the United States. In the past, he’s attempted the trial in India, where the Central Drugs Standard Control Organisation (CDSCO), the country’s version of the U.S. Food and Drug Administration, has provided oversight and approvals. The latest iteration of the trial has patients enrolled in India, Mexico, and Albania, where Pastor says local regulatory bodies have approved the study protocols and are overseeing the process.

Still, some argue that studies involving the “living dead” still don’t have as much oversight as they should. It’s why other entities conducting similar studies, like researchers at the University of Pittsburgh Medical Center, have created their own oversight groups.

Mark Wicclair is co-chair of the University of Pittsburgh Medical Center (UPMC) Committee for Oversight of Research Involving the Dead (CORID). The committee was established in 2002 when UPMC saw an increase in proposed studies involving patients being kept alive only by machines. Wicclair says the committee aims to “prevent conflict of interest, honor the principle of respect for the dead, and maintain trust in the medical profession.”

According to Wicclair, one of the requirements for approval by CORID is that there be some reasonable expectation of benefit from the research.

It could be argued that any sound research should produce positive results for the patients involved. With ReAnima, the outcomes are very much still up for debate.

Patients in the ReAnima study have been declared brain dead according to Harvard’s 1968 irreversible coma criteria and are being kept “alive” by machines that sustain a heartbeat and breathing. According to Pastor, in a best-case scenario, ReAnima patients will move through various stages of consciousness until they are completely awake. But he’s unsure how long that process might take; it could happen within days, months or even years of a patient receiving the treatment.

“I’m skeptical that you can do it,” said Caplan, the New York University ethicist.

“When you’re in brain death, your brain has been failing for some time. You have no circulation or blood flow to the body. So if you do something to try to reverse that, you’re dealing with a person who has organs that have failed. That’s very difficult to come back from.”

In the short term, Pastor’s team is working to first re-establish independent breathing in participants. If successful, that would prove that researchers were able to re-spark life in the brain stem, moving a patient from brain death to a coma. But is that outcome worth the trouble?

“The ReAnima project raises a whole host of problems, which if it succeeds, which I doubt, will produce a host of patients who are in a twilight zone of consciousness,” he argued. “So what do you do with them? Keep them on ventilators for an infinite amount of time? I think there’s such a can of worms that this would open. It’s just highly questionable that the potential benefits would outweigh the potential harms.”

“I would debate any bioethicist about this,” Pastor retorted. “Being dead is a worse quality of life than being alive in a coma.”

Historically, many groundbreaking researchers have seen mishaps and failures before finding the perfect formula for success.

Not long ago, gene therapy was viewed as science fiction and mishaps in the process of perfecting the treatment led to patients being harmed and doctors being sued. Today, gene therapy is hailed as a cure for everything from hereditary blindness to rare cancers.

Former University of Alabama professor Peter Noble believes in Pastor’s research. Noble, who’s been conducting research on death for nearly two decades says we need more, not fewer, studies like ReAnima to gain a clearer understanding of what happens after death, and maybe even redefine what it means to die.

“The ReAnima project is following the sequential path of biological research that has previously been conducted on other animals. Such research represents a logical path forward that might lead to solving medical challenges such as regeneration of the spinal cord,” Noble said. “As science progresses and our collective understanding of biology improves, re-visiting the controversies of the dead donor rule and the definition of death is essential.”

According to Pastor, Bioquark’s core focus is finding cures for chronic degenerative diseases of the central nervous system like Alzheimer’s, Parkinson’s, and amyotrophic lateral sclerosis (ALS).

“All of those conditions are basically trickle-down opportunities from this type of work. We’re working in these areas as well,” Pastor said. “ReAnima is a unique thing on its own.”

Like any other ambitious medical breakthrough, only time will tell whether Pastor is on to something miraculous or whether he’s completely out of his mind.