Instead of simply giving away money, the team is granting funds to specific projects at Philly institutions — acting almost like a mini National Institutes of Health. 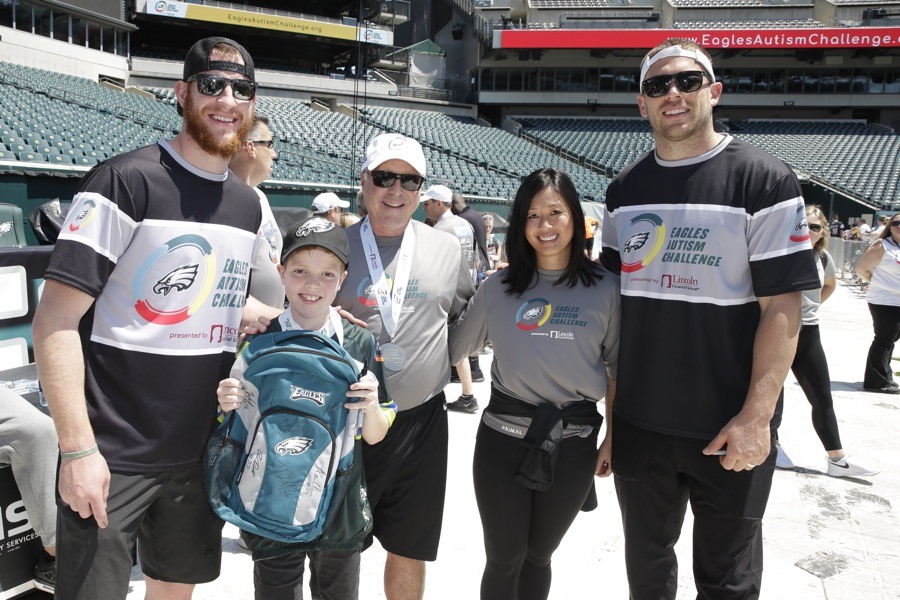 The way a standard sports philanthropy partnership works is something like this: A team raises money for an important cause, selects a partner organization, and writes a fat check. The two groups share a photo op, and everyone goes home happy.

But the Eagles are trying something different with their philanthropy efforts to fund autism research. Instead of selecting a research institution and letting it figure out how best to allocate the money, the team is taking a more active approach and picking the specific research projects to receive funding.

The effect is to turn the team into a grant funder, sort of like a miniature National Institutes of Health. The shift, according to Eagles Autism Challenge executive director Ryan Hammond, is grounded in the “idea of not being transactional, and not just putting our money out there and hoping for the best.”

Autism affects one in 59 people under the age of 21 and is increasing in prevalence across the U.S. That increase may have more to do with broadening diagnostic criteria and heightened awareness more than anything else, but the disorder remains poorly understood by researchers. It was an obvious target for the Eagles — owner Jeffrey Lurie’s brother is on the autism spectrum.

“This venture I see as kind of a melding of Jeffrey’s private life and his public life,” Phillies owner John Middleton said of Lurie’s autism fundraising in a 2017 Philly Mag profile of him.

The Eagles made autism research a pillar of its philanthropy last year, and raised $2.5 million in funds at its inaugural fundraising event. That money went to a pre-selected group of institutions: Jefferson, Drexel, and the Children’s Hospital of Philadelphia. This year, the team has decided to allow any research institution based in Philly to apply for the funds. “It would be easy to have one institution receive money as our anchor,” Hammond says. “We’re not in that situation. We’re prioritizing the research so it becomes competitive.”

The granting process was already fairly rigorous last year. Sure, the recipients had been chosen already, but the Eagles insisted upon reviewing numerous research proposals, and the team brought in a group of nine autism experts to Philly, tapping them to analyze the grants in person and select those that were most promising. That process will continue going forward — the difference being that now any number of Philly research institutions will be able to apply. The Eagles raised $3.5 million this year, all of which will donated.

While there is no cure for autism, many advocacy groups cite early-intervention treatment as the most effective way to improve the life of someone with the condition in the short term. The Eagles’ first donations in 2018 were mostly geared toward research — funding projects that looked at how sex chromosomes relate to autism and how dietary patterns during pregnancy could affect onset of the disorder.

This year, the team will also provide grants from $5,000 to $25,ooo to various community organizations doing more hands-on intervention work as well. Still, the central pillar of the program will remain funding basic science research to better understand the disability, which will take the form of multiple two-year, $400,000 grants. The team will also fund two postdoctoral fellowships in autism research, each valued at $45,000 over two years.

Research institutions can submit grant proposals up until July 3rd. For the smaller-level community grants, the application process begins on July 16th and runs through mid-September. For more information, visit the Eagles Autism Challenge website here.