The story behind Fitler Square's iconic cutlet, how it's made, and why you should be going out of your way to eat it. 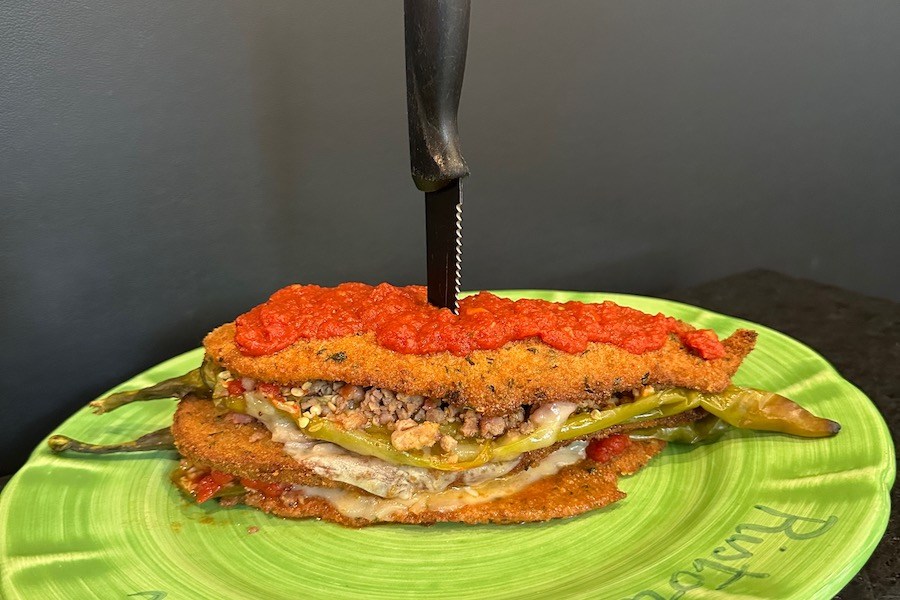 At Cotoletta in Fitler Square, why have just a chicken cutlet when you eat The Stack? / Photography by Beth Amadio

Welcome to Just One Dish, a Foobooz series where we write about an outstanding item on a Philly restaurant’s menu — the story behind the dish, how it’s made, and why you should be going out of your way to eat it.

You can’t miss Cotoletta at night. The restaurant’s warm, champagne-colored string lights catch your eye. The chatter makes you want to slide into one of their booths. You’ll get the urge to join the party even while you’re still on the sidewalk.

Beth Amadio is the woman behind Cotoletta’s pull.

“We want [diners] to feel welcome,” she says, seated across from me in the back corner of her Fitler Square restaurant. “We want them to feel like part of our family.”

With help from her husband and four children, Amadio draws diners in by focusing on Italian American comfort food. In 2011, the self-taught chef opened a South Philly-style sandwich shop in Narberth called Homemade. Soon enough, Amadio’s chicken cutlet became a hit. When the family-run business outgrew the space, Amadio opened a new restaurant in Belmont Hills. She named it Cotoletta after the Italian word for “cutlet.”

In 2019, Amadio brought the warmth of Cotoletta’s first location to Fitler Square. Here, diners have their pick of chicken and veal cutlets in a variety of different styles, ranging from the Milanese served with arugula, tomatoes and red onions to Piccata in a lemony white wine sauce. The cutlets, eggplant parm, salads, pasta and fish have kept the corner restaurant buzzing. But there’s one dish on the menu that stands out in particular.

When I went to Cotoletta for the first time with my cousins, I immediately knew I wanted the signature Cotoletta Stack. It was everything on one plate. Amadio anchors the dish with a chicken cutlet that’s breaded fresh every day and fried to order. On top of the crispy base layer, she places a roasted long hot stuffed with fresh-cooked fennel sausage. Then, Amadio spoons her homemade marinara sauce with two slices of provolone cheese and adds a breaded and fried eggplant cutlet, along with more marinara, another slice of provolone, and another stuffed long hot. Amadio bakes the partially finished Stack in the oven for a few minutes to melt the cheese and meld her flavors together. The baked Stack gets a final chicken cutlet before it’s topped with a healthy serving of marinara sauce and served with a side of homemade rigatoni. 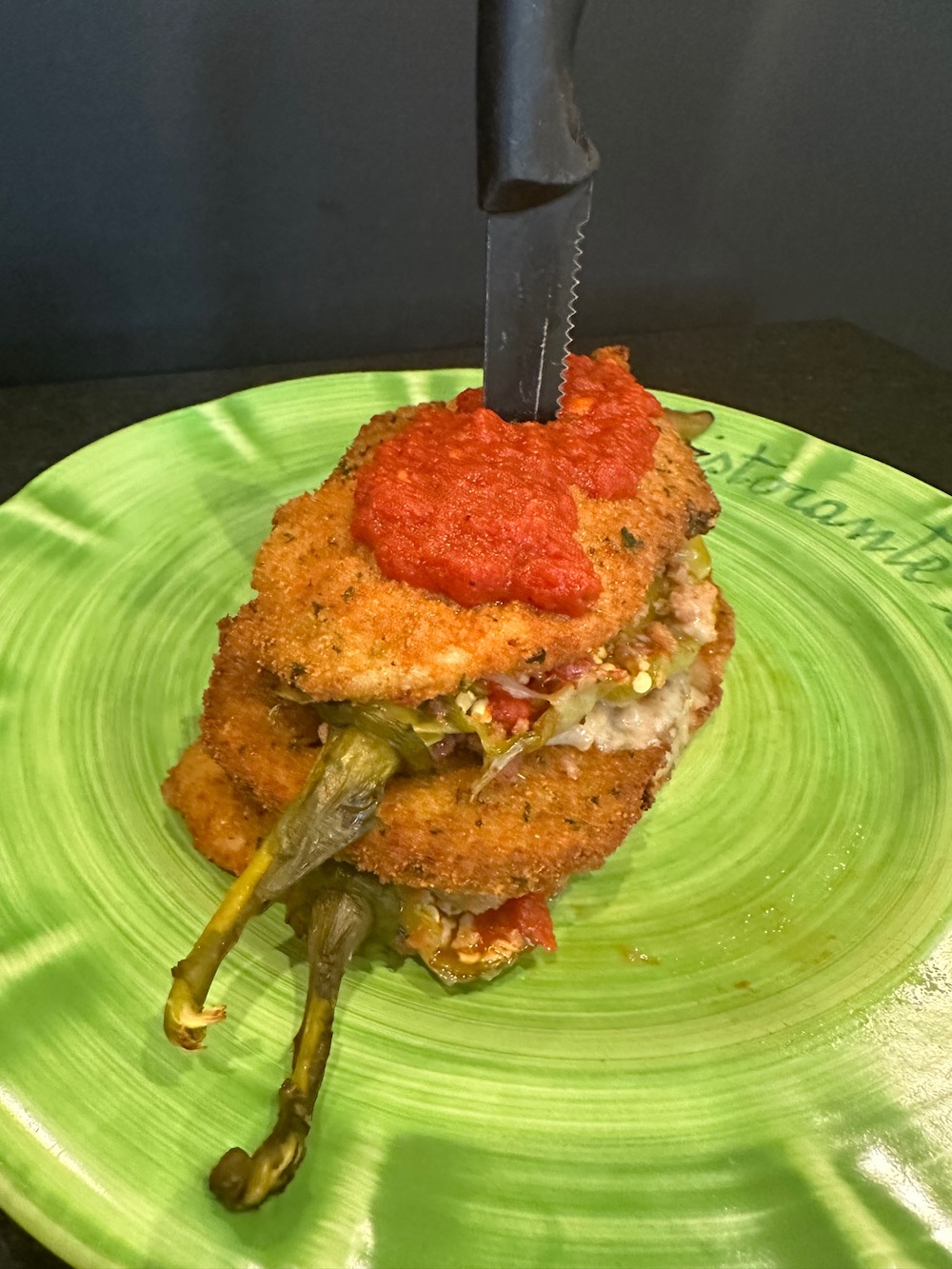 The Stack sounds overwhelming but it’s not. Every note from the fiery peppers, herby ground sausage, mild melty provolone, and cutlets compliment the other. The textures of pounded-out, breaded chicken and squishy eggplant put you at ease, like a marinara-covered hug.

Philly has dozens of Italian restaurants, sure. But you’d be hard pressed to find anything like the Stack elsewhere in the city. Amadio’s creativity and confidence set her apart. The restaurateur laughs when explaining how she doesn’t do taste tests for most of her new items. Amadio just knows.

According to Amadio, the Stack was inspired by her relationship with her family and her tendency to cook meals that made them feel comforted. Her crew loves eating chicken cutlets with tomato salad. Eventually she considered how those cutlets that everyone raved about would work with stuffed long hots. Some chefs would opt for melted mozzarella but Amadio prefers the taste of “a good provolone.” She still sources most of her ingredients from small, local purveyors whom she became close with when she opened her first restaurant. Every part of the Stack is personal. Amadio created a special kind of comfort food dish — warm and rich and hearty.

The Stack feels like a good stand-in for everything Amadio does at Cotoletta. It’s nourishing. It’s care and devotion served up on a plate. It’s the kind of dish that you offer to split with a date, waiting to see a smile creep across their face as they take the first bite. It’s food that makes you feel special.

THE DETAILS
What: Cotoletta Stack
Where: Cotoletta, 2227 Pine Street
Cost: $34
Share It With: Someone as special as this marinara-covered hug.