With their wine-growing daughter tending the vineyards, this family is plotting its future. 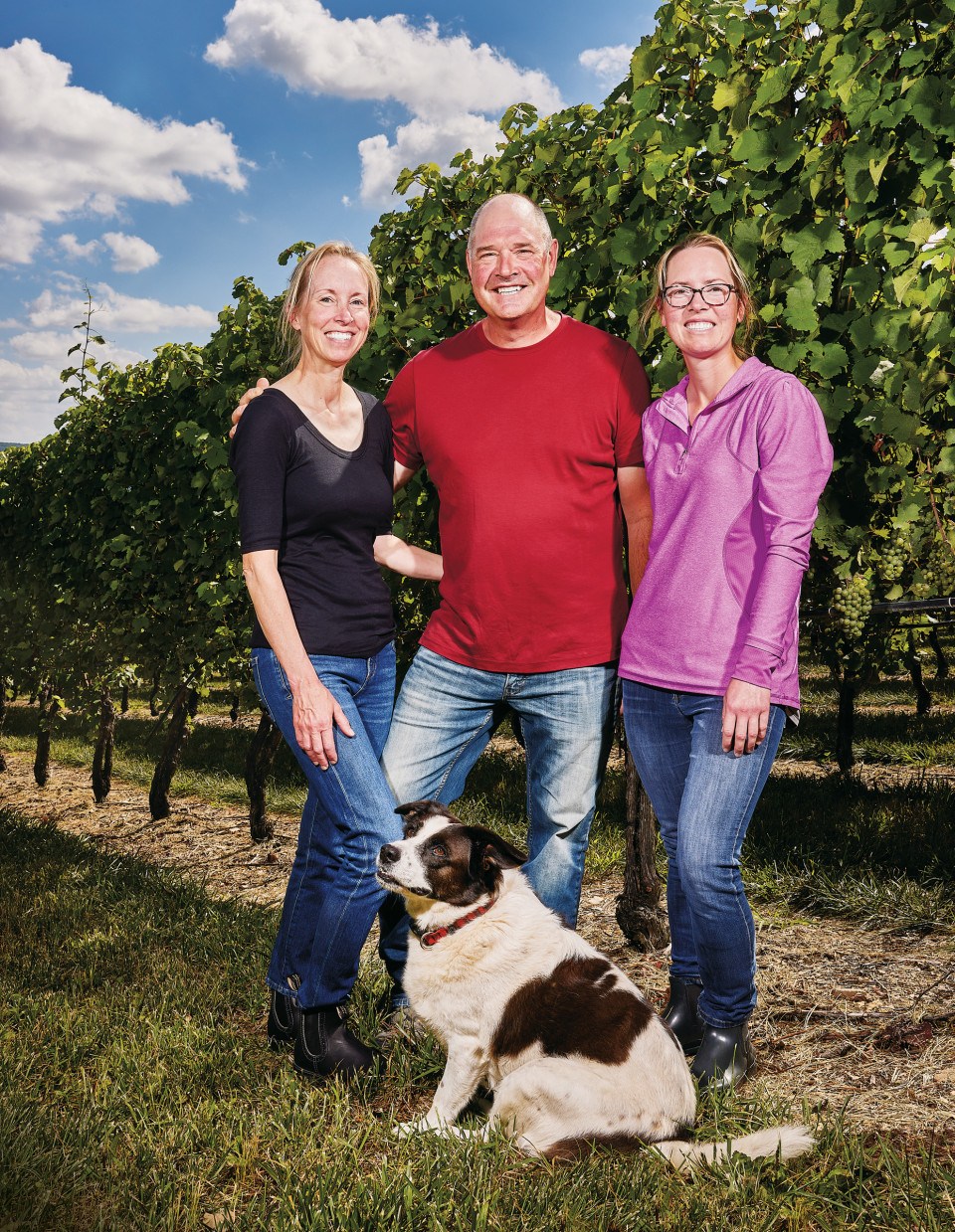 I was introduced to Galen Glen’s sustainable wines a couple years ago during a tasting dinner at the Dolon House in Jim Thorpe. Grüner veltliner and a dry riesling were savored, and the story of this winery was uncorked.

The idea for the operation stemmed from three things, says winemaker Sarah Troxell, who runs the winery with husband Galen and daughter and winegrower Erin: a trip to Germany’s Württemberg region, a bottle of Hawaiian wine from a friend’s wedding, and Galen’s family’s 200-year-old farm in Andreas, just outside the Lehigh Valley. “We thought we could use the farm in a new way to grow wine,” says Sarah.

She and Galen purchased the farm from his parents in 1995 and had their first harvest — chambourcin and Steuben, a hybrid red — in 1997.

Did they have wine educations? No. What they did have was Sarah’s background as a pharmaceutical chemist — and winemaking is nothing if not a science. It helps to have good land and to know what to grow, too. The Troxells soon realized that their terroir was best suited to cool-climate vinifera, a.k.a. non-hybrid vines.

“We have a similar climate and soil to Austria and Germany,” says Erin, who earned a degree in viticulture and enology from Cornell and a master’s from Vinifera EuroMaster in Germany and France before joining the family farm in 2017. “Our soil has a high slate content, typical of regions of Germany. Some areas have slate mixed with sandstone, called loess in Austria, that’s typical for grüner.”

They struck wine gold with grüner in 2003, becoming the first in Pennsylvania to plant the grape, known for its mineral-driven qualities. (Today, grüner makes up most of GG’s vineyards.) Their Fossil riesling earned accolades at the International Riesling Symposium in 2017. And they’ve teamed with Philly’s Di Bruno Bros. on collabs like a crisp rosé.

Under Erin’s direction — she did rain dances as a child to “help” the grapes — the winery has introduced chardonnay and blaufränkisch, a spicy red with high acidity, and expanded plots of grüner and cabernet franc. They’re working on a new sparkling riesling and are increasing sparkling case storage; overall, they typically produce 6,500 cases per year. And they recently inked a partnership with Skurnik Wines & Spirits, making GG the first Pennsylvania winery with multi-state distribution — pioneers once again.

Published as “Meet the Makers: Galen Glen Winery” in the October 2022 issue of Philadelphia magazine.