The Dutch Is Opening a Pennsport Sandwich Shop This Week

It's called, wait for it, The Dutchess. 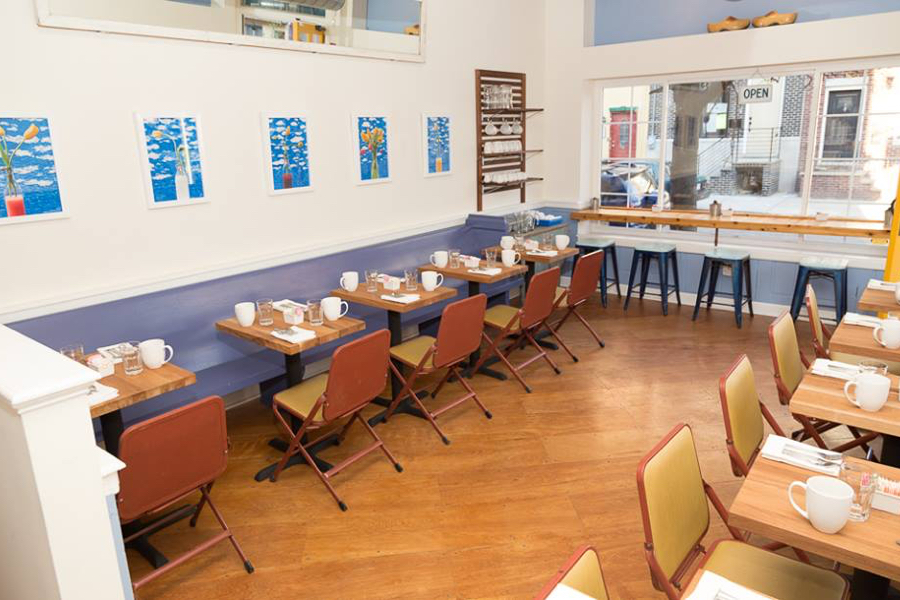 The old interior space at The Dutch in Pennsport, where the team’s new sandwich concept, The Dutchess, will start service on Wednesday, June 8th. / Photograph courtesy of The Dutch.

The Dutch moved and then The Dutchess moved in. That sentence might sound like a weird divorce joke told at a Renaissance Faire, but it’s news for Pennsport diners and anyone in Philly who loved Chef Lee Styer’s work at Fond before the restaurant shut down in 2021. Starting Wednesday, June 8th, The Dutchess will officially set up shop in the Pennsport space where The Dutch first operated, before the restaurant moved to East Passyunk in early 2022.

Chef Lee Styer, longtime owner and operator of The Dutch, will continue to lead The Dutchess as the restaurant’s chef alongside his wife, pastry chef Jessie Prawlucki. Prawlucki will be serving the same malted chocolate ice cream that she made at Fond — the couple’s small neighborhood restaurant that served French and New American food for more than a decade in East Passyunk.

After opening Fond, Styer teamed up with Joncarl Lachman of Noord and Neuf in 2016 to launch The Dutch on South 4th Street in Pennsport (though Lachman is no longer associated with the project and the restaurant’s original chef, Kevin Watters, is now a partner in the business). The concept was simple: merge the respective backgrounds of each chef, marrying the food of the Pennsylvania Dutch with Dutch — as in The Netherlands — cuisine staples. The Dutch committed itself to Brunch with a capital B, presented via plates of Dutch babies, uitsmitjer, omelets made with bologna, and buttermilk waffles.

According to Styer, the plan was always to get a new concept into The Dutch’s Pennsport space. “We decided to keep that location because it was a great location and it’s totally set up and ready to go,” he says. “Once we were able to get a couple team members back, we were able to build from there.”

The Dutchess will focus its attention on sandwiches as well as quick grab-and-go salads and platters, rather than the brunch classics featured at The Dutch. In the morning, expect breakfast sandwiches and coffee. Later in the day, The Dutchess will serve things like burgers, fried chicken sandwiches, homemade falafel on flatbread, salads, and two flavors of ice cream. Customers can place their orders at the counter (or the takeout window out front), then grab a seat and eat at the restaurant or take their meal to-go. There is no table service, nor can you make a reservation ahead of time.

Styer also says he hopes to revive some old Fond favorites during Fond-themed pop-up dinners at The Dutchess. In theory, pop-ups will allow Styer to dip a toe back into the style of cooking at Fond, without having to commit to Fond’s former concept in full. “What I was doing at Fond, I was making sauces that take three days.” At The Dutchess, Styer says he’s looking forward to the simplicity of being able to run ingredient-focused specials.”Let’s get some really nice tomatoes and make a fresh mozzarella-tomato salad or a panini. Things that are approachable and super simple, with great ingredients.”

The Dutchess officially opens to the public on Wednesday, June 8th (though they had a friends and family event for the neighborhood over the weekend). Stop by The Dutchess between Wednesday and Sunday from 10 a.m. to 8 p.m. to check it out for yourself.