Plus, a new happy hour deal, Wine Dive temporarily shuts down, and the Love City beer garden opens in Callowhill. 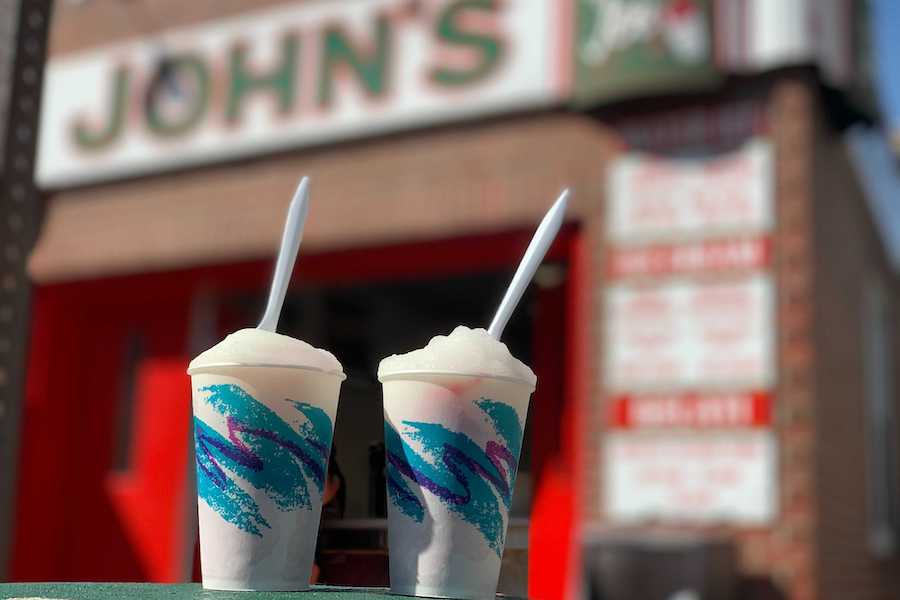 If you’re up in Huntingdon Valley, John’s Water Ice is coming your way with a new location that will also function as a “full dessert shop.” It’ll be opening soon at 2975 Philmont Avenue, serving water ice (naturally), gelati, ice cream, milkshakes, the whole nine. If you’re up in the area, keep an eye on John’s Instagram page for updates.

Also, seriously? What feels more like summer than this snap of fresh honeydew water ice and a soft pretzel from the South Philly shop. That’s just killing me. Might be time to schedule a trip to John’s…

The crew from Manatawny Still Works is kicking off the season in a big way. They’ve got two new tasting rooms scheduled to open this summer, one at 49 West Lancaster Avenue in Ardmore (which is right around the corner from Autana, just sayin’), the other on North Lee Street in Fishtown. Looks like the Ardmore spot will hit first, followed closely by the Fishtown joint, but both will serve as places to buy bottles of Manatawny spirits (including the new Pennsylvania Select that they bottled to celebrate the distillery’s eighth birthday, made with 100 percent PA grains, grown and malted locally) and hang out to try some cocktails made with their house booze.

Manatawny’s cocktail lists are generally pretty inventive, so this is good news for the neighbors. No word yet on hard opening dates (Manatawny is just saying “summer”), but you’ll know more when I know more.

Rabbit, Sonny’s, and Wine Dive Forced to Shut Down

Remember a couple days ago when we were all excited for Rabbit — the subterranean bar by Chris Fetfatzes and Heather Annechiarico of Hawthornes?

For a little while, it looked like Rabbit was going to be the new destination for both Sonny’s staff and the GradHo neighbors, but that’s no longer the case. “It is with a heavy heart that we have to announce that all three of our concepts — Sonny’s Cocktail Joint, Wine Dive and Rabbit — are now temporarily closed due to a fire in one of the apartments in one of the buildings above Sonny’s,” according to Fetfatzes. “We do not have a timeline on when we shall reopen, but it is our hope to be back pouring red, white and our signature cocktails by the end of summer or early fall. We want to thank everyone for the amazing welcome for all three new concepts and we are so very grateful to everyone. We will return stronger than ever.”

Still, if you’re looking for a little silver lining here, it’s this: The Hawthornes Restaurant Group will be bumping up the wine selections at their bottle shop at Hawthornes (738 11th Street), and both the Beer, Booze and Bubbly Block Party at Hawthornes and the Tio Flores Cinco de Mayo BBQ Block Party will be going forward as planned. 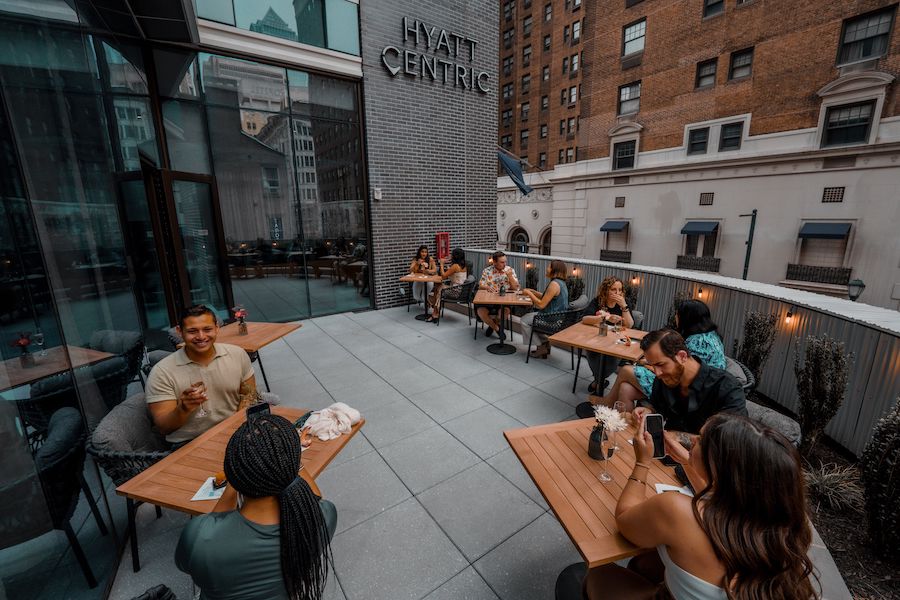 Patchwork, the new-ish restaurant at the Hyatt Centric Center City, is launching a happy hour, plus a spring menu and some new outdoor seating. They’ve got space for 18 on the terrace patio overlooking 17th Street, offering nice views of the Rittenhouse neighborhood. Chef Jonathan Dearden is bulking up the menu with burrata toast, gochujang Brussels sprouts, lobster tagliatelle and a pork chop a la plancha with sweet potato, honeycrisp chutney and a black garlic molasses. You can stop by for happy hour Monday through Friday from 4 p.m. to 6 p.m. for $5 local craft beer and discounted bar snacks.

And finally this week, it looks like Love City Brewing in Callowhill has got their new beer garden open just in time for summer. Located across the street from the brewery at 1023 Hamilton Street, Love City Gardens started welcoming guests last Tuesday, on the brewery’s 4th anniversary.

It’s under the El, and looks cool and scrappy and DIY — just like the brewery and just like Philly itself. There’s seating made from shipping containers, landscaping done by the Love City crew, some nice shade, and plenty of space. The full drinks menu from the taproom is available across the street, and if you’re looking for something to eat, Love City will have food trucks on-site. They’ll even let you bring your dog, so long as you keep it on a leash.

The new space is open seven days a week, and is up and running right now.