Plus, more of the latest Philly bar news. 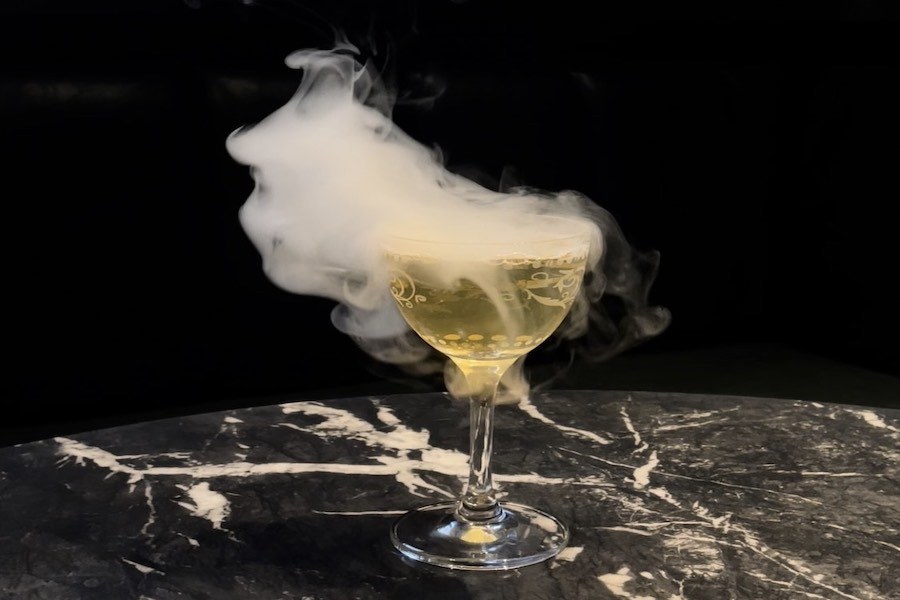 Philly Gets An Invisible Bar, Sort Of

Back in the day, Franklin Mortgage was one of a handful of top-level cocktail bars in Philly. It took its Prohibition vibe seriously (mustaches, buttoned vests, and all), operated as a never-actually-hidden speakeasy behind the black doors at 112 South 18th Street. It did nothing else — no food, no DJs. The Franklin just made carefully-curated drinks, inspired by everything from classic literature to pop culture. Some of them were amazing. Some of them were off-puttingly odd. But the experiments performed behind the long oak at the Franklin were valuable regardless, because they were fun, they were risky, and the speakeasy bar kept the Philly cocktail scene vibrant and alive.

Then came the pandemic, which nearly put an end to the Franklin. They did some limited seating, some curbside, but none of it lasted. About a year ago, the place closed, seemingly for good.

Except that now, it’s coming back. Not in the same form and not in the same place, but about six months ago, the Franklin Mortgage & Investment crew began hinting on Instagram that something new was coming, and last week, they made it official. The new Franklin Bar will open Friday, April 22nd at 1718 Schubert Alley in Rittenhouse — an address that doesn’t actually exist. 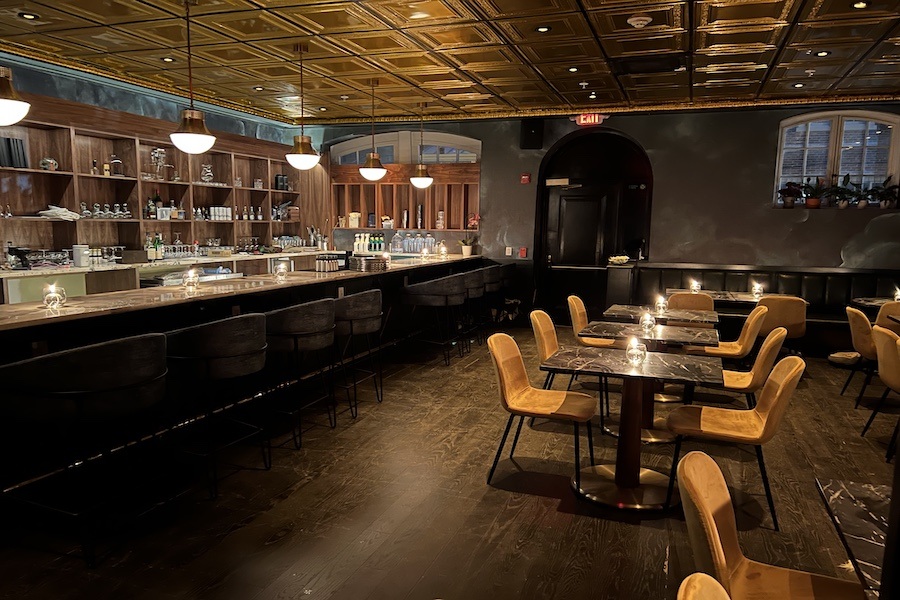 I mean, the bar exists. We’ve got these pretty pictures to prove it. But the Franklin crew is going with this made-up address to add to the place’s speakeasy vibe. And that’s fine because the joint accepts reservations.

The Franklin’s interior will be Art Deco-inspired (check out the vintage absinthe fountain), seat 90 (which is a big jump over the old space), and have dedicated wine and scotch rooms and private seating VIP areas separate from the main bar. The team says they’ve added new equipment for the staff to infuse your drinks and add aromatic elements. They’re also looking to serve small plates and brunch over the next few months. That would definitely be something new for the Franklin.

You can make a reservation for the Franklin up to a week in advance via Resy, and find details on the bar’s “wrong” cross streets on their Instagram. If you’re having trouble finding the exact spot, which may or may not be located in the back of the boutique hotel, 1715 on Rittenhouse, the Franklin says you can DM them for guidance. 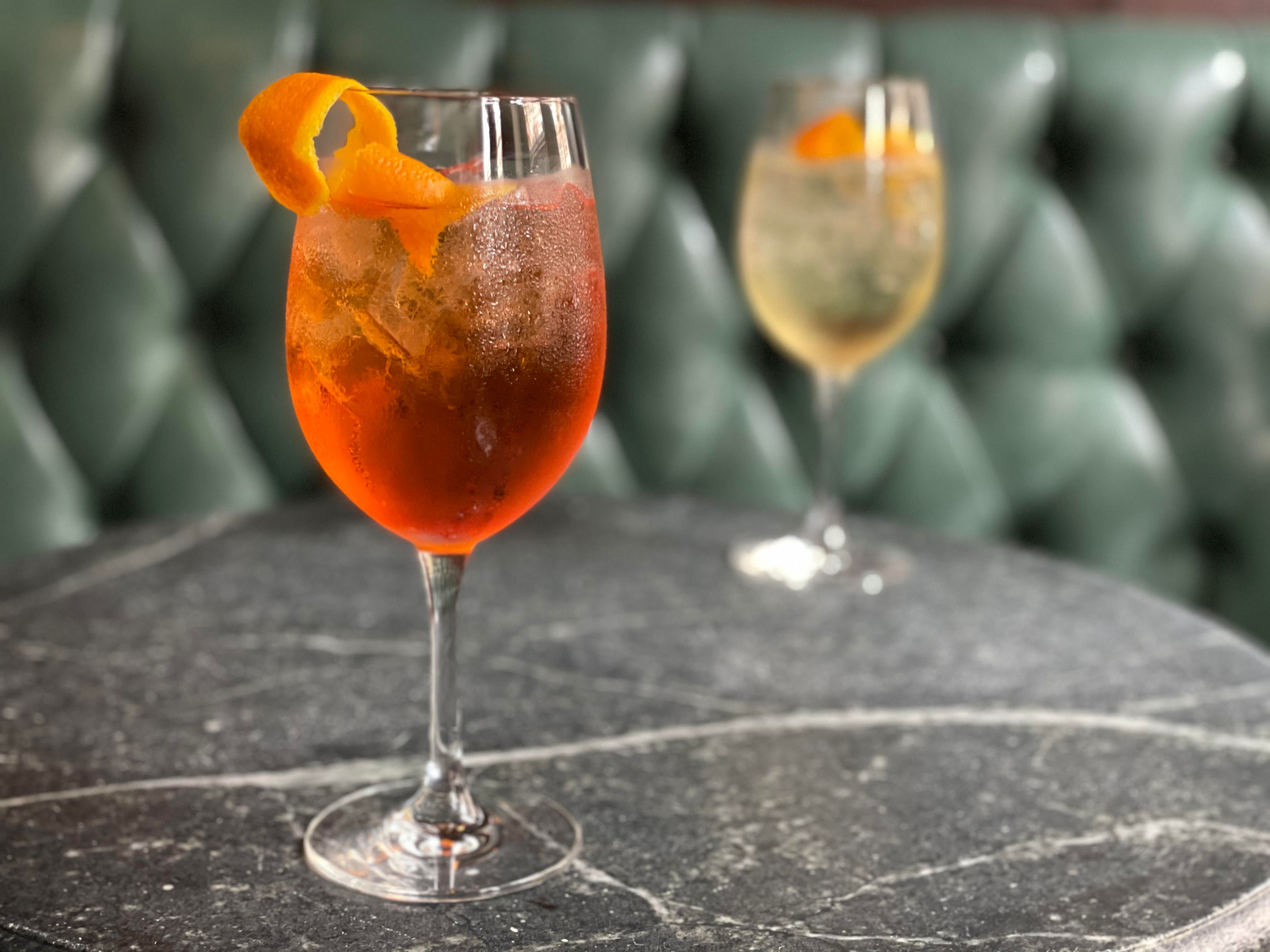 Seems like pretty much everyone in the restaurant industry is ready for spring to arrive.

Royal Boucherie is re-launching its Spritzer Bar for the season—offering guests a build-your-own-spritz kind of deal after the Old City neighbors went crazy for it last summer. It works like this…

Pick your base spirit. (RB has a lot on offer, everything from Aperol, Carpano Antica and Galliano to Licor 43, Lillet, Lo-Fi Gentian, Pimm’s and St. Germain.) Then add a modifier like aloe, cherry, grapefruit, honey, lavender, lemon, orgeat, orange, pomegranate or rose. Top it with club soda or sparkling white wine or rosé.

So if you’re reading this when it’s hot out and you’re looking for something bubbly and low-ABV to kill an afternoon with, now you know where to go. Royal Boucherie’s Spritzer Bar is up and running right now. 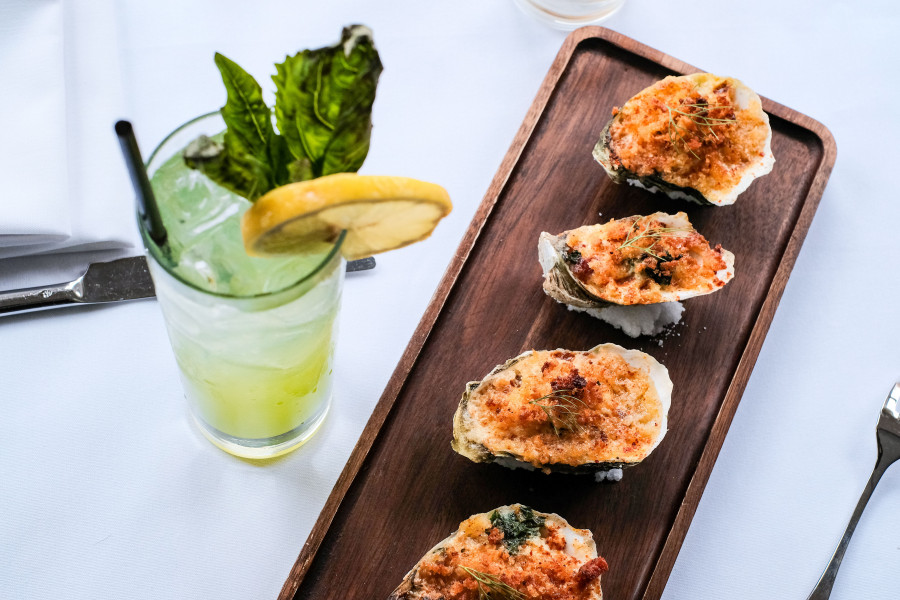 In South Philly, Townsend EPX is greeting spring by restructuring the menu and bar program. When Townsend Wentz’s East Passyunk brasserie re-opened in 2021 after two years dark, it did so with a prix fixe menu showcasing local, seasonal dishes with a distinctly French accent.

Now, though, Wentz and his team are rolling into spring with a new a la carte board and a completely rejuvenated bar program featuring spring cocktails and French wines. You can still score the $85, five-course prix fixe, of course. But if you’re just looking to graze, Townsend’s kitchen has things like escargot over roasted garlic risotto, seared lamb with olives and orange, East Coast oysters from the broiler, juniper-roasted pork belly with olive oil potato puree, and more. Check out the full menu here.

Finally this week, if you’re looking for something to do next Friday night, Stratus Rooftop Lounge is bringing back their “Spring Awakening” event after a two-year hiatus.

On April 29th, the bar on top of the Hotel Monaco on Chestnut Street will be throwing a super-luxe shindig featuring live music, DJs, snacks, roller-skating dancers, bubbly cocktails and a fully transformed space that “embodies the essence of spring.” Sounds nice, right? Snacktime Philly will be playing short sets between DJs. There will be burlesque performers, and the kitchen will be passing around oysters, caviar and sushi. At the bar, they’re debuting a whole new cocktail menu for the season. If you’re down, tickets cost $100 per person.