Starting April 14th, the notorious rooftop spot returns for 29 weeks with more than 120 events planned as well as a new chef residency series. 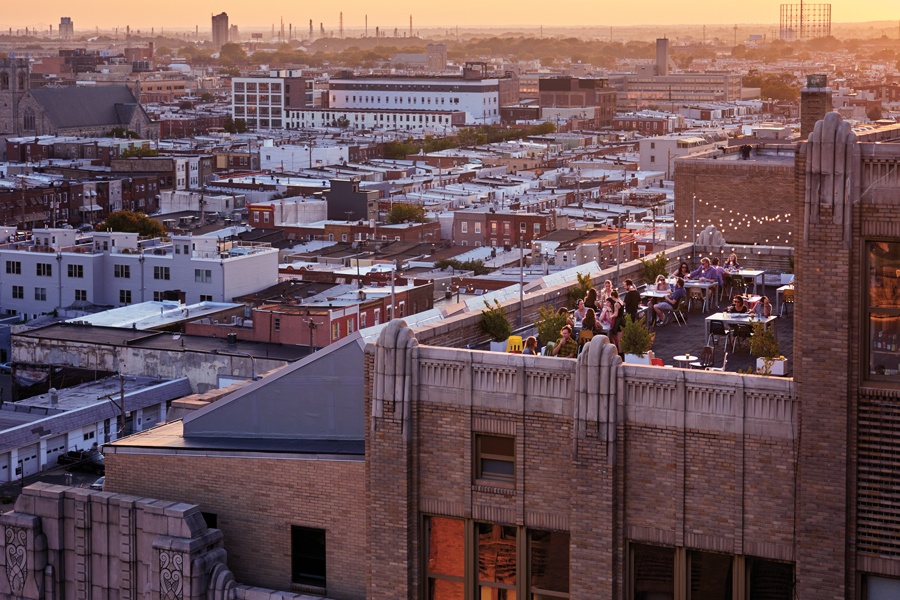 Guess who’s officially renewed for another season in South Philly?

The Bok Bar team announced on Instagram over the weekend that they’ll be back for their seventh season for outdoor drinks and a whole lot of restaurant collaborations on top of the Bok Building.

The partnerships this year include everyone from a collaboration between Poi Dog and Frizzwit to a Kalaya takeover in June, and an August series from Everybody Eats — a collective of Black chefs and activists working to ensure food security for all. Things are kicking off this April with Samar Lazzari of Stoa Takeaway. Lazzari will be in the driver’s seat from opening day until May 1st, serving a vegetarian-leaning menu inspired by the Arab American diaspora. See the menu here.

After its opening on Thursday, April 14th, Bok Bar will be up and running Wednesday through Sunday from now until October.