A New Izakaya and Sushi Restaurant Opens in Fishtown

Plus, smoked watermelons, Kurry Shack expands, and a new bar and grill for MontCo. 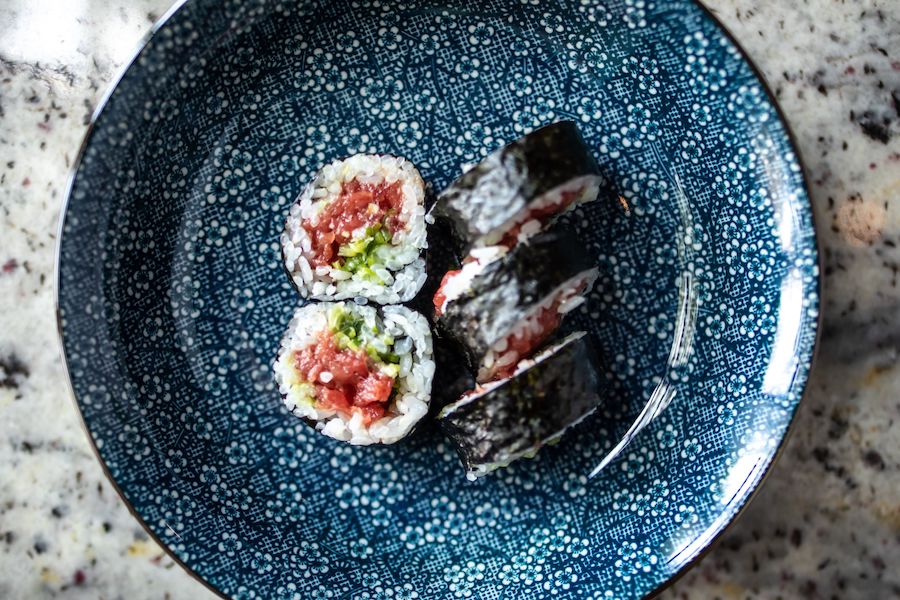 Izakaya by Yanaga is opening in Fishtown. Photo by Eddy Marenco

Happy Monday, buckaroos, and welcome back to our Monday round-up. This week, we’ve got updates on a couple of big projects happening in Philly and some news from the neighborhoods. So let’s kick things off with the biggest story of the week, happening right now in Fishtown.

Remember last week when we were talking about the surprise launch of GLU Hospitality’s Leda and the Swan pop-up in NoLibs? It was a complicated, cocktail-soaked story of nested openings and pop-ups, all designed to support and promote each other as GLU went into a whirlwind of new projects, all launching, debuting or re-opening right around the same time. And right at the very end, I hinted that they had a new restaurant getting ready to open in Fishtown, but that I’d be saving that news for later. 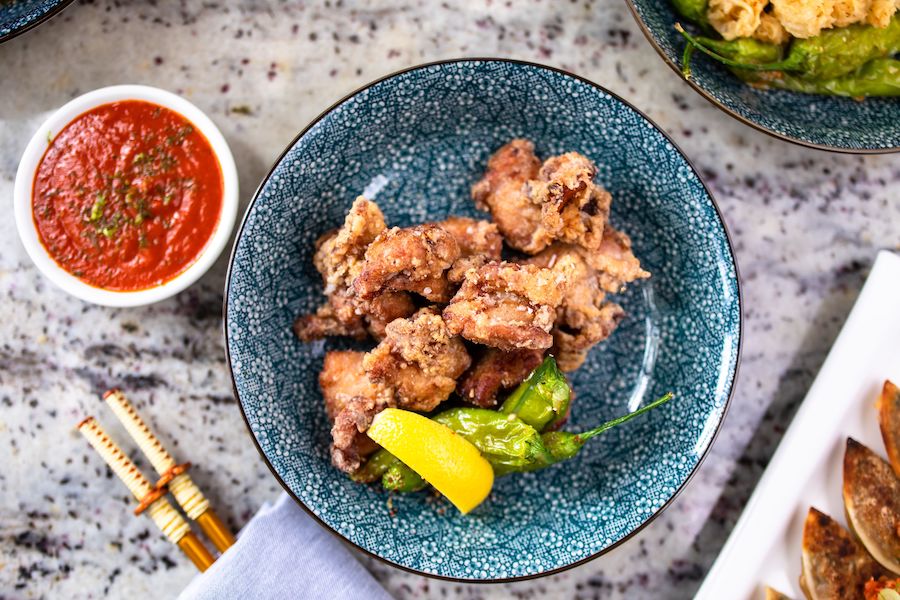 I spent a good part of my weekend trading texts and emails with the team behind Izakaya by Yanaga, the new, 2,500 square-foot, double-restaurant concept being helmed by local sushi chef Kevin Yanaga (Morimoto, Zama, Izakaya, Double Knot, POD) and backed by GLU.

Izakaya had a friends-and-family service over the weekend (which apparently went quite well), and is currently dark for a couple days while some finishing work is being done. But it will officially be in soft-open mode starting on Thursday, September 2nd — a state which will persist until Saturday, September 4th.

At which point it will shut down again “for Labor Day and additional interior work,” according to the team.

But then, THEN, it’ll be open for realsies. Regular, nightly, sustained service will begin on Thursday, September 9th with a dinner-only schedule that’ll run Wednesday to Sunday, 4 p.m. to 10 p.m. 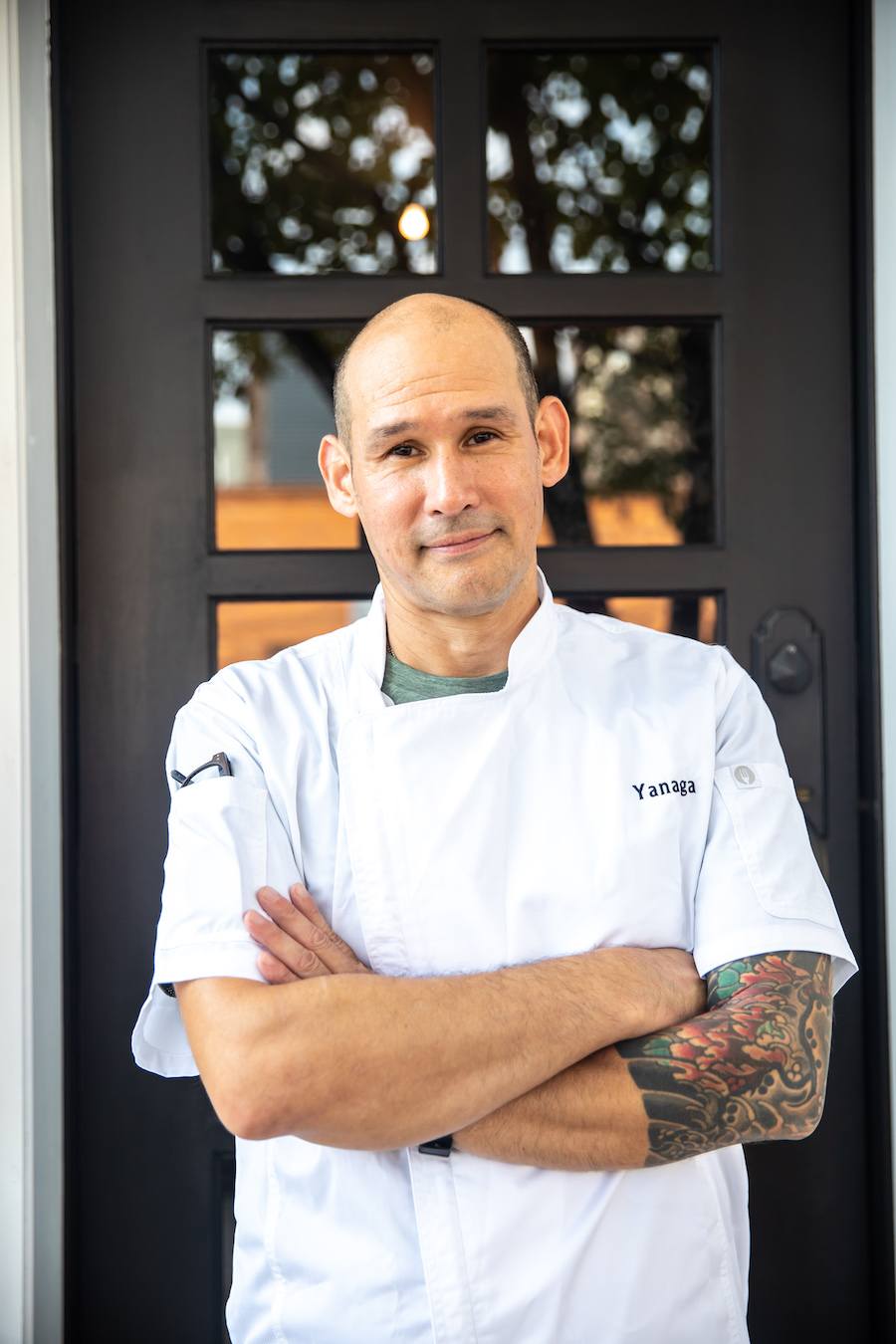 So let’s look at some of the details, shall we?

Izakaya by Yanaga is opening at 1832 Frankford Avenue in Fishtown. And if that address rings a bell with some of you, it’s because that’s the space where Aether used to live. So yes, Aether is gone for good (which, honestly, makes me a little sad), but GLU and Yanaga are making good use of the space, turning the front of it into a 60-seat, izakaya-style restaurant full of Japanese bar food, booze, fish and noodles. Service will be informal. “Free-flowing” is the word they use in the PR world — meaning that guests are expected to order a bunch of stuff to share and the kitchen will just send out plates as they hit the pass. No courses, no apps-and-entrees. “An ebb and flow,” according to the release. “To create an experience that is unique for every visit.” Which, frankly, sounds kinda nice to me. Coursing menus is so 2019.

The menu will be split between hot and cold dishes, big ones and small ones. We’re talking everything from pork gyoza with kimchi and red pepper mustard to mazeman-style soup-less ramen topped with spiced meat and a soft boiled egg; from curried short rib bao to snow crab maki rolls with tobiko mayo and avocado. There’ll be chirashi bowls, a sashimi bar, oysters with ponzu, fried ice cream and karaage chicken in sriracha-Buffalo sauce, plus lots of sake, wine and beer and a custom cocktail list with eight hand-crafted cocktails plus something called a HighBall Machine. 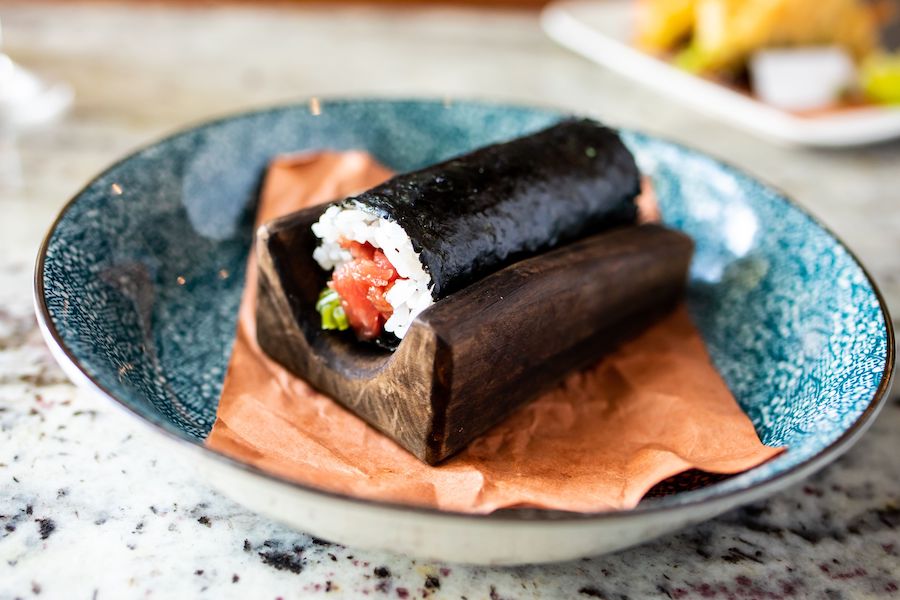 So that’s Izakaya. But really, Izakaya is only part of the space that Yanaga is occupying on Frankford Avenue. Later this fall (October or November, he says), he’ll also be debuting a much more restrained, focused, high-end concept in the same building called Omakase by Yanaga. Omakase will basically be a 12-seat tasting room where Yanaga and his team will get to really show off. Think of it like the back room at Royal Sushi and Izakaya and I think you’ll be close to the party in front/business in back reverse-mullet restaurant concept that Yanaga is going for here.

Oh, and also? Come the cooling days of autumn, Izakaya will be tacking on extended hours, a lunch service, happy hour, weekend brunch and a house exclusive collaboration beer. So, as I’m coming to find is just a thing with GLU, it’s never only about what’s happening today, but what’s coming tomorrow as well. These guys got plans.

And we’ll be here to keep you updated on all of them.

A post shared by The Copper Crow Horsham (@the_copper_crow_horsham)

Here’s some good news for those of you out in the ‘burbs. It looks like the Blue Bell Inn’s sister restaurant, the Copper Crow, opened for service last week.

The new restaurant at 116 Welsh Road opened the doors for all-day service on Wednesday, filling a dire need for those in Horsham who need a place with not just one bar, not two bars, but three bars, all in the same restaurant.

Yeah, the Copper Crow has an indoor bar, an outdoor bar and a rooftop bar, all mixing cocktails, pouring wine by the glass and bottle, and pulling beers from 19 different taps.

The menu also looks rather ambitious, offering burgers, pizzas from a wood-fired oven, steaks, a half-dozen entrees and a huge (and diverse) list of small plates and sides. Everything from lava-rock wagyu and tuna crudo to potato gnocchi, patatas bravas and duck confit grilled cheese sandwiches with roasted tomato on pumpernickel bread.

The Crow is open for lunch and dinner, Tuesday through Sunday and you can check ‘em out right here.

I know some of you are (inexplicably) excited by Five Guys news, so there’s this: It looks like the massive chain of burger joints (which are not as good as either In-N-Out or Shake Shack) is looking at opening its fourth Philly-area location — this one on the University of Pennsylvania campus.

The new spot will be taking over the space at 3714 Spruce Street (the former home of Beijing Restaurant, which has been a fixture on campus for more than 30 years), which means it’s gonna be a big one. Which is, you know, handy because where else in this city can anyone find a place to get a burger and fries?

No, I’m kidding. Five Guys is just fine. Not my particular brand of vodka, but certainly better than a lot of other possibilities. Plus, the fries are solid. And you gotta respect a place that’ll nacho up those fries (or put bacon in your milkshake) if you ask them.

Kurry Shack opened three new locations across the city over the weekend. The original — which opened in South Philly at 2015 East Moyamensing Avenue in 2019, just before the pandemic hit — is still going strong, but owner Shafi Gaffar is ready to go big with his homestyle North Indian cuisine.

The new locations are all unique, offering different kicks and original features. The Francisville spot (1839 Poplar Street) has a kombucha bar, a secret lamb chop special and the largest indoor/outdoor dining area. The Old City location (6 North 3rd Street) has a special menu dedicated to Gaffar’s signature dishes from his now-shuttered Makhani Modern Indian — including his Best of Philly Award-winning mango cheesecake. And in Center City (2101 Chestnut Street), he’ll be focusing on take-out and delivery and offering a specially-priced lunch special.

You can check out the menu, order in advance and figure out whether you fall within the new delivery areas at the Kurry Shack website right here.

Oh, and one more thing? Gaffar isn’t done with his expansion. He’s already looking at additional locations in Fishtown and University City to open later this year. As always, you’ll know more when I know more.

Finally, to wrap things up this week, there’s this — not exactly new news, but certainly … something.

But the coolest thing they got going? They’re smoking watermelon.

No, seriously. They’re brining whole watermelons, then throwing them in the smoker for 6 hours before cutting and serving. Honestly? That sounds kinda awesome, doesn’t it? I know Huff and Puff has been around for a little while now, but this whole watermelon thing was news to me, so I thought I’d share it with you all now, just in case you’re looking for a last little weird hit of summer. 6ABC dropped by to have a look: