Wilder, a Ballroom-Turned-Restaurant, Plans Its Next Steps in Rittenhouse

Plus, a new Solomonov collab, and the new rules of dining out. 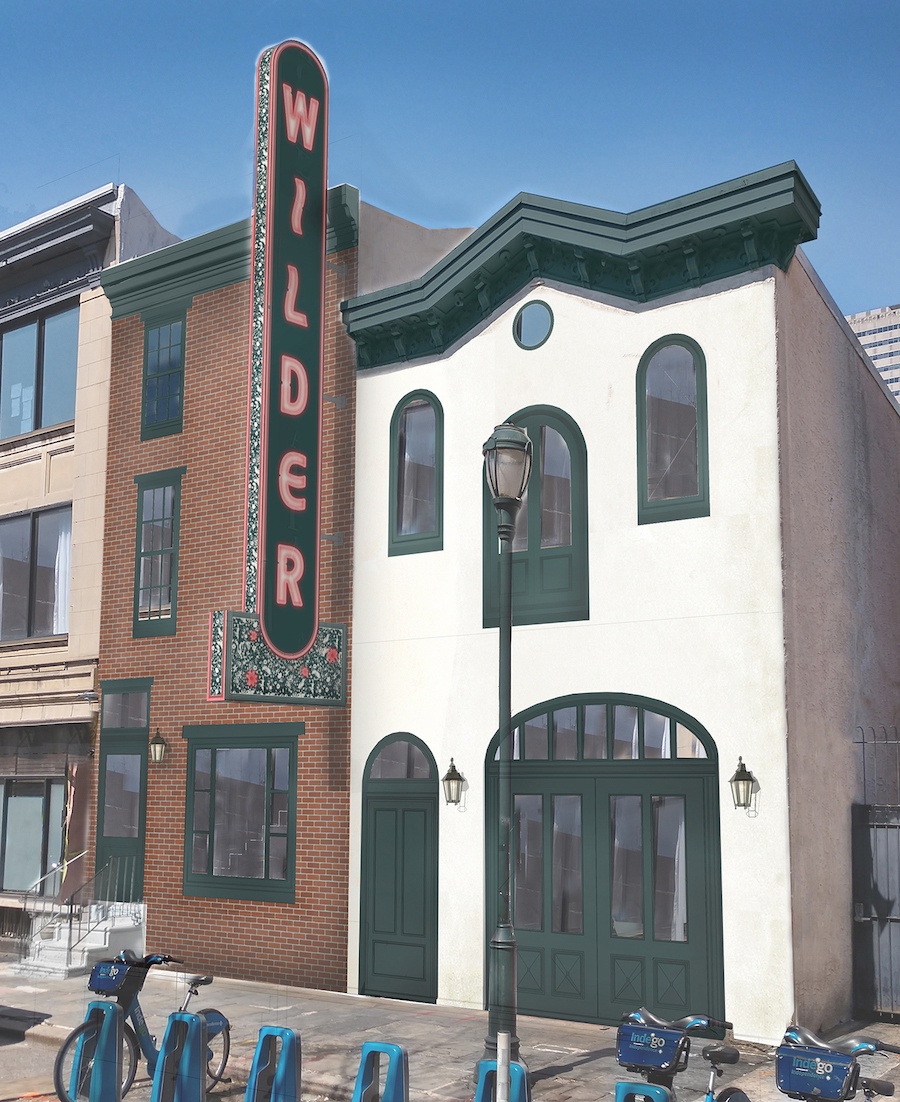 Hey there, gastronauts. Welcome back to the Monday Round-Up — your one-stop shop for all the food and restaurant news that matters.

This week, we’ve got a whole bunch of little things to talk about and one big thing that needs to be addressed. So let’s kick it all off with the news that had everyone talking last week…

Mask Up or Vax Up

Last Monday, right in this here column, I wrote about a small but growing number of Philly restaurants who were requiring all diners inside their restaurants to show proof of having had their jab before walking through the door. I cheered those restaurants who’d already made this tough (but necessary) call, made a very public wish that more owners followed suit and then finished things off by telling all those who were feigning outrage over mask mandates and vaccine requirements to kindly fuck off into the sun. Polite and responsible society had had enough of their bullshit, thank you very much. We were moving on with our lives, and if doing so required shunning those disease vectors who refused to take simple steps to protect themselves and their neighbors, then so be it.

Honestly, it felt good to get all that off my chest. And it felt even better when, on Monday afternoon, two of the city’s most high-profile restaurateurs, signed on: Michael Solomonov and Marc Vetri  both said that vaccines were going to be required for anyone wanting to sit down and eat in their restaurants. Granted, Vetri carved out an exception for those who’d already recovered from COVID, and made a start date for the new rule two weeks off, but that wouldn’t matter for long because…

Come Wednesday, Mayor Jim Kenney announced that starting on midnight of that same day, all Philly businesses and institutions had two choices: They could either require all customers and staff to wear masks inside OR require proof of vaccination for anyone coming through the door.

Was it fast? Hell yes, it was fast. It left a lot of restaurants scrambling to try to figure out which option they were going to choose and how they were going to implement this new policy. But it was also solid, reasonable guidance, equally applied, based on science and it was coming from the Department of Public Health.

“The science is clear,” Mayor Kenney said. “These measures will protect Philadelphians and save lives.”

I couldn’t have said it better myself.

After the announcement, all sorts of restaurants announced new vaccine requirements and mask rules. If you’ve got questions (or are just looking for a pretty good explainer), Billy Penn has got one right here. And I’m not going to list all the restaurants that are now requiring proof of vaccination (mostly because the list is changing day-to-day), but definitely check into it before you go. Most places are pretty clear about their policy, but maybe just carry a mask and keep that vaccine card handy just in case. 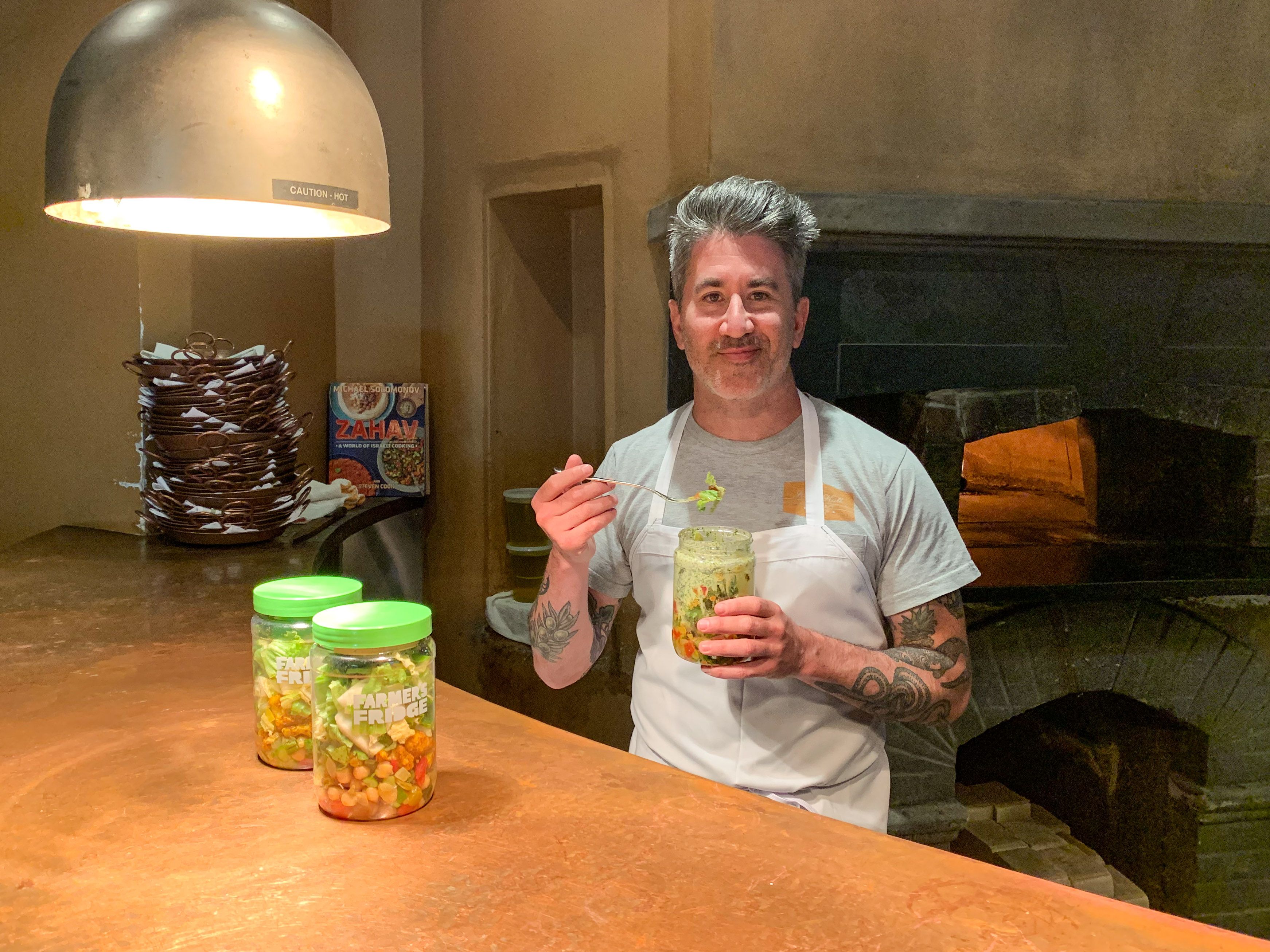 Dude has been busy during his pandemic. I mean, for starters, he’s got all those restaurants to worry about. Two weeks ago, I told you about the new loyalty program he started up at Goldie. Then there was the whole vaccine thing. And now, there’s this, too.

The dish is “inspired by a popular salad on the menu at his Israeli café, Merkaz,” and is available for home delivery in Philly (and elsewhere) through Farmer’s Fridge. It’ll also be stocked in some of the Farmer’s Fridge smart-vending machines — which are a thing I didn’t even know existed. But apparently, they do. And there are some in Philly.

Anyway, this is a limited-time thing, and a portion of the proceeds will be going to Broad Street Ministry. So if you’re feeling hungry for some Solomonov cauliflower and don’t want to get up off your couch, I guess today is your lucky day.

Alchemy Coffee Is Back

So the Northern Liberties outpost of Alchemy Coffee may be no more, but guess what? A new location from the Alchemy crew is now officially in soft-open mode at 119 South 21st Street.

The new shop had a friends-and-family opening on the 9th, with every intention of being up and running immediately after. But they ended up delaying the soft opening in order to “[Take] additional time to perfect our craft, to give you the best service and the best product possible.” Which is nice, right? 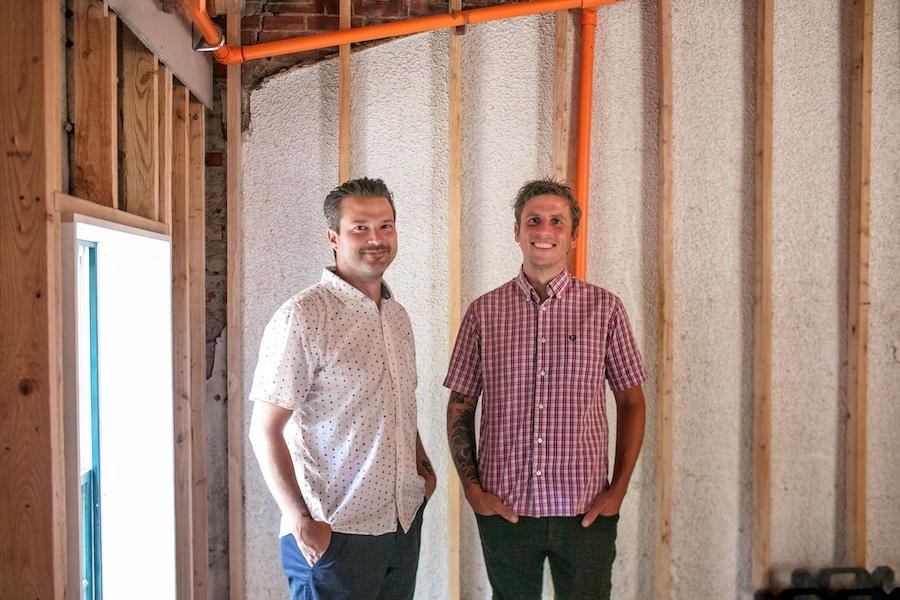 And Finally, a Little Something to Look Forward to

I know it might sometimes seem like everything is awful and that everything is falling to pieces around us. Things are hard right now. And the future is terribly uncertain.

But people in the restaurant business need to look ahead. They have to make investments, plan for tomorrow and look far beyond the blinding glare of the now. Depending on the future is part and parcel of playing this game, so I, for one, find it more than a little bit comforting when I get to report news like this:

Waaaay back in June of 2019, we reported that Brett Naylor and his wife, Nicole Barrick, were looking at turning the former ballroom dance studio at 2009 Sansom Street into a restaurant. They didn’t have any idea what they were going to do with it. They had no concept, no name and no clue how long it was going to take. But in 2019, Naylor (the former exec at Oyster House and ex-partner at Mission Taqueria) and Barrick had just come back from a year spent traveling through Europe (for R&D, natch), and one thing they did know? The project was going to be big.

For real. The space itself is three stories. It’s 4,500 square feet. And they were planning on using all of it — hoping to have the whole thing up and running in about a year.

Well, we all know what happened next, right? COVID delayed everything and set the project back on its heels.

But guess what I got in my inbox last week? A message from their PR team saying that work had re-started on Sansom Street location and an official announcement from Naylor and Barrick. The project now has a name (Wilder) and a proposed opening (this fall).

And while Wilder is, at this point, still basically a shell with a construction site inside, we do have some details. It’ll be a three-story, 150-seat restaurant, bar and private event space. Naylor’s buddy Bob Truitt (ex of El Bulli and a Food & Wine “Best New Chef” in 2013) is coming aboard as executive chef. There’s going to be a pizza kitchen, a raw bar, a crudo station, full bar, zero-ABV cocktails and a whole bunch more.

Now granted, this is all a ways off yet. And plans — especially big ones like these — have a tendency to change as that opening date approaches. But it gives me comfort knowing that there are still people in this industry willing to take big swings, make ambitious plans and to see the future as something to look forward to rather than dread.