Plus, a new outdoor beer garden, and some food and drink events not to be missed. 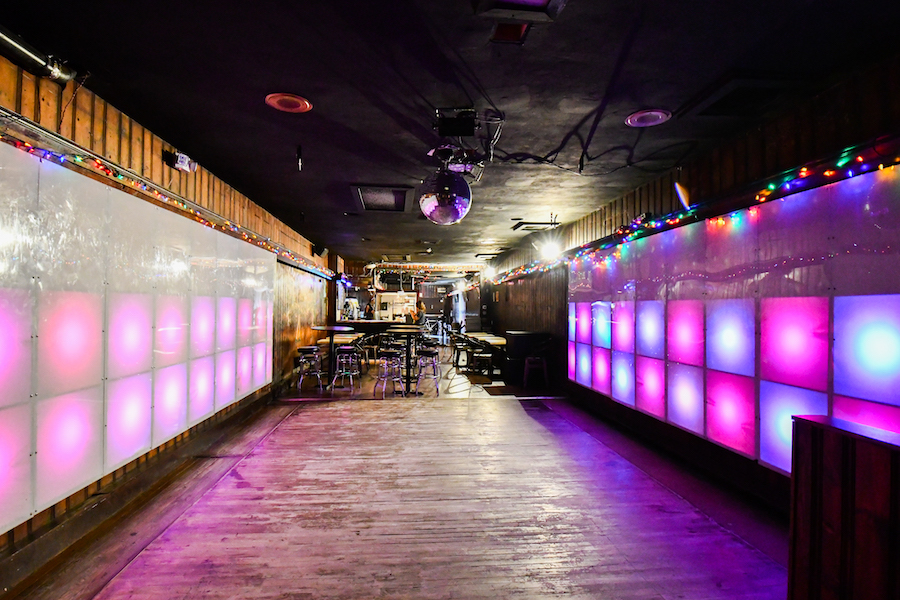 Welcome back to another edition of our Monday news round-up. Y’all ready? Then let’s get to it.

A post shared by PHS Pop Up Gardens (@phspopupgardens)

Just Some Plain Ol’ Fun in the Sun

Look, I don’t know how you feel about everything that’s been going on lately with COVID, the spiking numbers and everything else. But if, like me, you’re still feel a little bit squicky about cramming into crowded restaurants shoulder-to-shoulder with your fellow humans — or if, like me, you have unvaccinated children in your house, immunocompromised family members, or just know a lot of assholes who won’t take a free shot that could save their life because they think their 20 minutes of Facebook research is better than the advice of actual doctors and university-trained researchers — I’ve got a great suggestion for you.

The Pennsylvania Horticultural Society is, truly, one of the great organizations in this city. Flower Show hiccups aside, PHS does great work and has their stamp on some of the city’s most impressive events and venues. To wit: their summer pop-up gardens.

The Manayunk location (106 Jamestown Avenue) opened a couple weeks back, and is an ideal spot for getting out, gathering with friends and family (and pets) in the fresh air, and having a drink and a chili cheese dog made by someone other than yourself. As in years past, they’ve roped in the teams from Cantina Los Caballitos and Khyber Pass Pub to curate a food and drink menu just made for hot summer days. We’re talking watermelon and feta salad with reduced balsamic and basil, Nashville-style hot chicken sandwiches, the aforementioned chili dogs, plus fries doused in green chili queso, fresh caramel popcorn and cherry and lemon water ice to cool you down.

Booze? Yeah, they’ve got booze. There’s a fully-stocked bar for starters, and then some custom cocktails like an aperol, rose and lemon frosé and a seriously cool Gritty Marg made with Lunazul tequila, Tang, lime and a black salt rim — which sounds just as weird and awesome as its namesake.

The Pop-Up Garden is open 5 to 10 p.m. Mondays and Tuesdays, ‘til 11 p.m. on Wednesdays and Thursdays, Friday and Saturday from noon to midnight and on Sundays from noon to 10 p.m. For the first time ever, PHS is accepting reservations for parties of  six to 20. They’ve also got private event spaces for groups larger than 20, which is nice. And as always, money brought in from the Pop-Up Gardens helps to support PHS community programs, like cleaning up vacant lots in the city and planting thousands of trees.

So if you’re interested, check things out at the PHS website. While you’re there you can see the safety protocols they’ve got in place or get info on the South Street Pop-Up Garden that opened earlier in the season and is still going strong.

One Night at the Garden

Hey, here’s another way to have a good time outdoors. You guys remember Poi Dog, right? The Hawaiian restaurant run by Kiki Aranita and Chris Vacca?

Well, Poi Dog didn’t survive the pandemic as a brick-and-mortar. But for one night, it’s coming back. On Thursday, July 22nd, Aranita — along with Ari Miller of Musi BYOB and local fiber artist Caitlin McCormack — are getting together at the Garden at the Fitler Club (1 South 24th Street) to throw a pop-up summer beach party-slash-art show called SNACKBAR.

It’ll be a collaboration, a combination of Aranita’s casual Hawaiian food and Miller’s fine-dining sensibility, with plates of Maui lavender salmon poke and gamtae seaweed pasta with yuzu butter. The main course will be roast pork with guava Katsu BBQ glaze and coconut-collard lūʻau and the whole thing will be centered around a series of crocheted works by Aranita and McCormack who worked through the isolation of the past year to create “the summertime food truck of their dreams, in art form.”

Reservations can be made here. You’re gonna need ’em. The whole menu will be served family-style, and tickets will run you $95 per person plus tax and tip.

Party With the Band at Broad Hall

Let’s keep rolling right on with the events, shall we? Anything to keep us distracted from the dwindling days of summer …

Natalie Maronski repped Philly and did us proud on Season 16 of Top Chef. Before that, she was one of Jose Garces’s big guns. Now, she (along with DJ DEL) is one of the names behind Underground Concepts — which focuses on the intersection of food, music and culture and recently opened four venues at the Divine Lorraine on Broad Street.

On Wednesday, July 21st, Maronski, Underground Concepts and the Snacktime Philly Brass Band are throwing a mid-week party at Broad Hall (699 North Broad Street) — a new music venue full of art and designed for seasonal events, DJ parties, pop-ups and other such diversions. Maronski is handling the grub, Snacktime has the music covered (along with a set by DJ Sexy Man Kyon Williams), and Brian Kane (from Zahav) is handling the booze. The party goes from 7 to 10 p.m. and you can get tickets right here for $30 a pop. 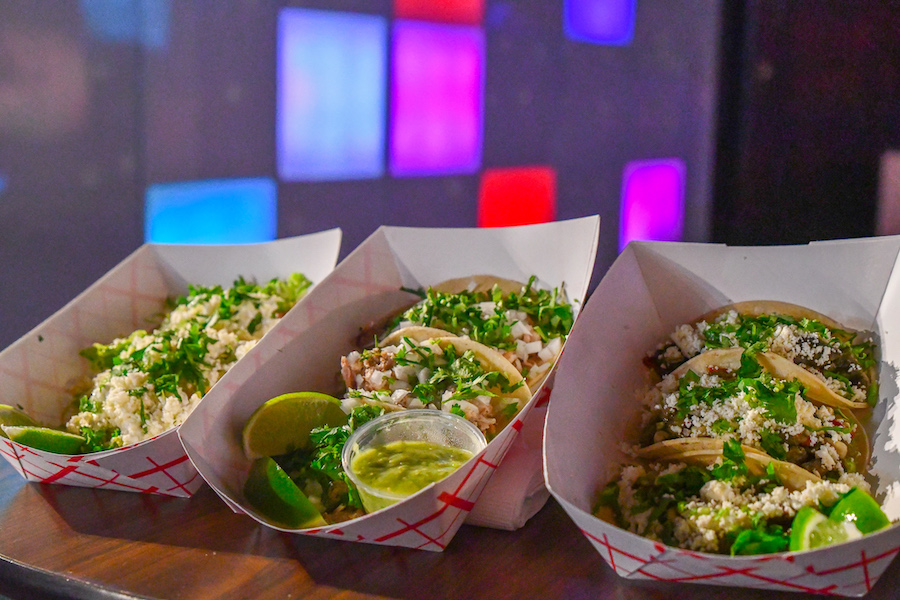 Tacos at the Dolphin | Photos provided

Finally this week, here’s some good news for all you club kids and dancin’ machines. The Dolphin — South Philly’s iconic dive bar/nightclub/temple of funk — is back from the dead at 1539 South Broad Street. What’s more, the Dolphin team used their time during the pandemic shutdown to make some serious changes to the space.

The biggest one? The Dolphin has a kitchen now.

No, seriously. An actual kitchen serving actual food. From 4 to 9 p.m., you can hit the floor and stuff yourself with $1 tacos all summer long. Three to an order, four kinds available, from carnitas to vegetables. They’ve also got plates of nachos, chips and salsa, quesadillas, and burritos to round out the board.

The bar has gotten an overhaul, too. Happy Hour specials include $2 Tecates and $4 margaritas from 4 to 7 p.m., Wednesday through Saturday.

Meanwhile, under the disco ball there’s a new live music stage that they’re going to use to showcase local and indie acts who are hurting for a place to play since the pandemic ended the run of Boot & Saddle. Oh, and also? Boot & Saddle’s old sound system now lives on at the Dolphin, too.

The Dolphin’s team already has a stacked lineup of local acts and theme nights scheduled, with more being added. The big re-opening was over the weekend, but things will pick up again on Wednesday night. You can check out the schedule right here.