Plus, a food truck fiasco, beer at Wawa, and a Father's Day gift idea (in case you forgot). 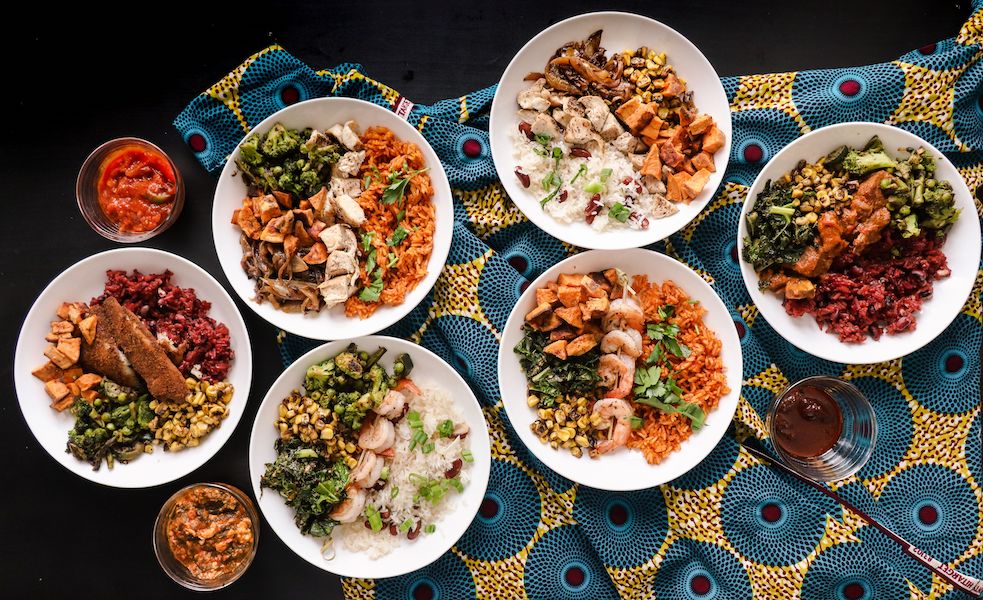 I don’t even know where to begin, so let’s start with some good news.

One of these days, announcing new restaurant openings is going to feel like something other than shouting out the names of survivors rescued from a horrific mine collapse. But today is not that day.

This week, we’ve got two openings to talk about — one that just happened and one that’s upcoming.

First, there’s Terrassa at Fabrika. For those of you who’ve … oh, I don’t know … been stuck inside during a global pandemic for the past 15 months or something and don’t recall the name, Fabrika is/was the weirdest goddamn restaurant to ever open in Philadelphia.

Fabrika is a combination nightclub/restaurant/performing arts experiment in Fishtown that somehow managed to take burlesque performers, powerful cocktails, aerialists, a hydraulic stage, Mediterranean small plates, a wandering saxophonist, stilt-walkers, industrial art, stew and a really rather fantastic kitchen bossed by Konstantinos Pitsilledes (from Kanella) and mash them all up together into a single concept that (somehow) actually worked. It was one of the last places I ate before COVID hit, so I have a strange, lingering fondness for it. It was also one of the weirdest dining experiences I’d had in a dog’s age, so I like the place a lot because of that, too.

Anyway, Fabrika — in all its reality-adjacent splendor — somehow managed to survive the pandemic, and now it’s expanding with an outdoor(ish) garden(y) space called Terrassa. It is, according to those involved, “a new concept underneath a plexiglass-covered outdoor space attached to the converted former ice cream machine factory.”

(Oh, did I forget to mention that Fabrika exists inside a converted former ice cream machine factory? Because it does. Because of course it does. Just imagine the kinds of ghosts that must haunt its halls … )

Pitsilledes is apparently no longer in the kitchen, but chef Shain Wancio has stepped up and is promising a casual, family-friendly environment (two things Fabrika is not) featuring shareable plates and a menu centered around his “handmade folded flatbread skewers” — the flour for which he’s sourcing from Castle Valley Mills in Doylestown, where he grew up. The menu looks pretty good, too. We’re talking chicken makrut with lime yogurt and Aleppo pepper, shrimp al pastor with charred pineapple and ancho piri piri, and s’mores for dessert made with smoked graham crackers and single-source chocolate. If nothing else, it looks interesting, right? Plus, you can bring your dog, which is always nice.

Terrassa opened last Friday so, if you’re in the neighborhood, you can check it out immediately. 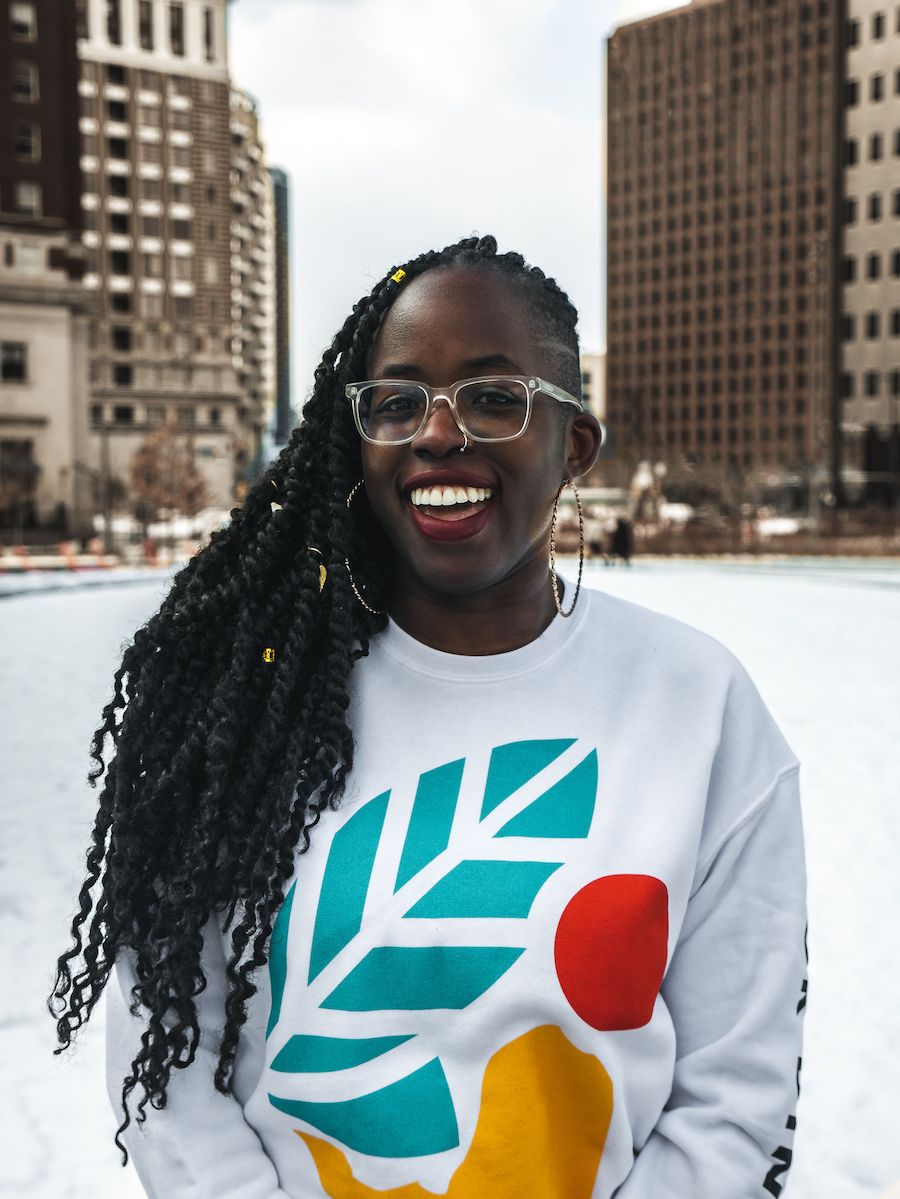 Meanwhile, you’re gonna have to wait a little bit for Fudena, scheduled to open this fall at 104 South 21st Street (the old Tampopo space in Rittenhouse). But since we’re already psyched about it and already fully in the corner of first-time restaurateur Ruth Nakaar, I’m telling you about it now.

Nakaar has spent the past several months running delivery-only pop-ups to showcase her concept: a fast-casual West African restaurant inspired by her growing up as a first-generation Ghanaian-American (the name is a modification of the phrase “Fu di naa” which means “Have you eaten” in Dagaare, Nakaar’s parents’ native language). Those early experiments were received well enough that Nakaar decided to take the plunge on a brick-and-mortar location right on the edge of Center City, and she’s currently prepping it for a fall opening with grab-and-go, dine-in and delivery options. The menu will be a mix of signature bowls (jollof rice with chicken thighs, sauteed greens and tomato stew; waakye with curried goat; coconut rice with pan-seared tilapia, roasted sweet potatoes and more tomato stew), custom bowls assembled to order, local kombucha, homemade bissap (a West African hibiscus iced tea) and plantain donuts — all of which sounds fantastic to me.

Better still? Though she’s currently focusing on getting the Center City location up and running, Nakaar will be spending the summer doing additional pop-ups (you can check out the schedule on Insta @eatfudena ) and fundraising (right here) for what she hopes to be America’s first chain of fast-casual West African restaurants.

Here’s hoping she can pull it off.

No more to-go cocktails or outdoor dining for PA

Remember a couple months back when some of you out there thought it would be a hoot to vote in favor of giving Republican lawmakers the ability to curtail the Governor’s emergency powers — specifically, his ability to make and extend emergency disaster declarations?

Yeah, well, since Pennsylvania voters became the first in the nation to vote in these new limits on the Governor’s emergency powers, and since PA’s rules on allowing to-go cocktails and increased outdoor dining were directly linked to Governor Wolf’s disaster declaration (Act 21, signed last May, was meant to offer some relief to the restaurant industry during the worst of the COVID crisis), once the votes were certified this month and the disaster declaration officially ended, those to-go cocktail and outdoor dining rules immediately went back to a pre-pandemic state. Meaning both were no longer legal in Pennsylvania.

As with pretty much everything that’s happened to PA’s bar and restaurant industry over the past 15 months, this change to the game came with little warning and left owners scrambling to catch up — shutting down their take-away cocktail operations and dragging some of their outdoor seats into storage. Right now, there’s another bill — HB 1154 — working its way through the Republican-controlled state House and Senate which would make to-go cocktails permanently legal. The original bill had the Governor’s enthusiastic support, but an amended version is currently being debated and there’s no real sense of how this is all going to ultimately shake out.

Still, one thing we know for certain: Take-out cocktails and all those tables set out in the fresh air and sunshine — both of which have been providing a lifeline for embattled bars and restaurants scrambling to stay afloat during the pandemic — are currently outlawed.

Father’s Day was yesterday, but…

…maybe it slipped your mind? If so, I can confidently say that, as a father myself, a belated Father’s Day gift if perfectly fine. Provided it’s a thoughtful one, of course. And what’s more thoughtful than well-aged brown liquor?

Manatawny Still Works and Levante Brewing did a special Father’s Day collaboration this year and came up with a single-barrel American whiskey that’s heavy on the rye and “low on boredom with notes of cherry, vanilla, oak and spice.”

Sounds delightful, right? But here’s the kicker: This whiskey has been sleeping in the barrel for three years now, so you can just tell your pops that it took an extra day to wake it up. Bottles are available right now through Manatawny Still Works for $75, and each one comes with a MSW/Levante branded whiskey tasting glass.

That’s always been the dream: To live like people do in other states where they can just roll into their local convenience store whenever they find themselves in sudden need of a sixer of Bud Light Lime.

And now, for the first time ever, we Philadelphians (kinda) have that luxury ourselves because on Thursday, Wawa opened its Philly “Stadium Store” down in South Philly by the stadium complex which became the first Philadelphia location allowed to sell beer. (There are five other stores in the state currently selling oat sodas, but none of them in the city.)

So that’s good news. I mean, I’m not entirely sure that the stadium complex was actually short on places to get a beer (or six), but progress is progress and I’m happy that Wawa is still fighting to normalize selling beer in places other than creepy old warehouses that always smell like old shoes.

But the beer thing is not the only big news here. Wawa is piggybacking this whole “Now you can buy beer in the one place in Philadelphia where you could already buy beer pretty much anywhere” announcement with its support of Philly’s bid to host the 2026 FIFA World Cup.

No, really. The actual World Cup. Which would be huge.

The opening of the Stadium Store is just the beginning of Wawa’s push for 2026. They’ve got a billboard supporting the cause. They’re hosting an interactive soccer exhibit at the Independence Visitors Center during the Wawa Welcome America Festival. And Wawa will be “encouraging members of the community to show their “Love for the Game” and participate in the bid effort by signing up at here.”

Israel, Palestine, and the international outrage over a Kensington food truck festival

Philly is making news this week over a cancelled food truck festival in Kensington.

“The Taste Of Home” was supposed to be a simple, international event showcasing all the wondrous variety of cuisines available on four wheels in Philly. Organized by Eat Up The Borders and Sunflower Philly and scheduled for Father’s Day, the whole thing got 86’d because of a VERY shouty controversy over the un-inviting of a local Israeli food truck, Moshava.

So what happened? Lots, actually. We know that EUTB removed Moshava from the event lineup last week. Moshava then took to Instagram, quoting the announcement from EUTB (in which they were not named) and claiming that the organizers had “heard rumors of a protest happening because of us being there and decided to uninvite us from fear that the protesters would get aggressive and threaten their event.”

Moshava continued: “We were really hoping that the organizers @eatuptheborders and @sunflowerphilly would step up to the plate and defend local, small and immigrant based businesses, no matter where they are from (as per their so called “mission statement”) but by the looks of it fear, violence, and intimidation got the best of them.”

This, obviously, lit up the internet. Social media did its thing, followed by news outlets, politicians, political action groups, and voices on both sides of the Israeli/Palestinian conflict. NBC Philadelphia got Melvin Powell of Sunflower Philly on the record saying that this all happened because there’d been an agreement in the past that both Israeli and Palestinian food trucks be present at the event. This year, the Palestinian truck couldn’t make it so Moshava was asked to stay home, too.

Ultimately, the entire thing fell apart. The event was cancelled. And yesterday, Moshava went back to Insta to say that “Although we were disappointed with how the situation was greatly mishandled we do not believe the organizers intention came from an antisemitic place but the threats they were receiving to their event were.”

Both sides are planning on meeting in the coming days “to try and educate and grow together in a safe space for everyone,” according to Moshava. In the meantime, EUTB has deleted its Facebook and Instagram accounts amid the backlash, and this story about a small food truck festival in Kenzo has been reported and commented on by everyone from the Anti-Defamation League and the New York Post to the Daily Mail in the U.K. and the Times of Israel.

And this is why we can’t have nice things.

Got a tip on something happening at the bars and restaurants in your neighborhood? Hit me up at jsheehan@phillymag.com