La Chinesca, the Mexicali Restaurant by the Kensington Quarters Crew, Is Just About Ready to Open

Plus, fresh Georgia peaches, and the Flower Show veggie hoagie "heard 'round the world." 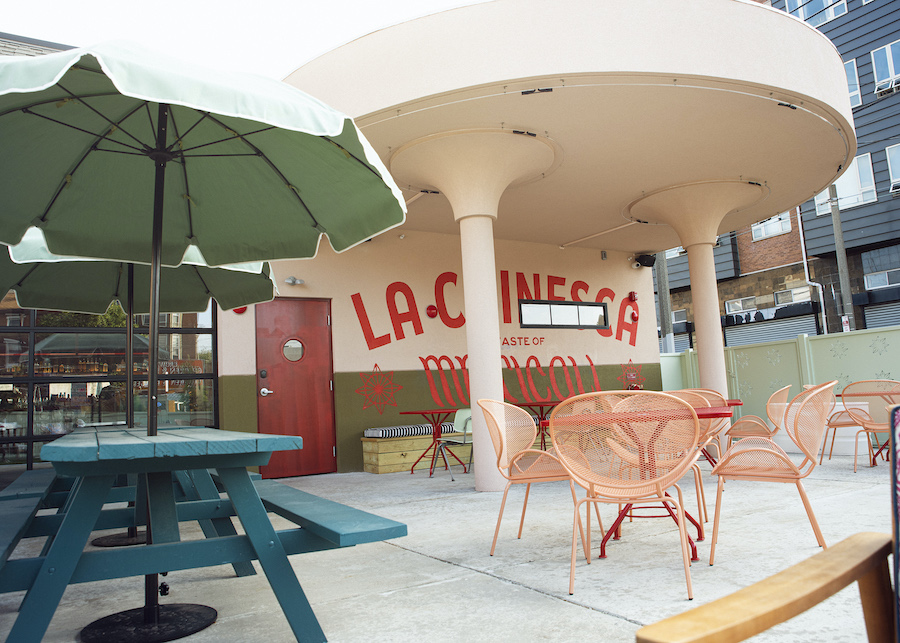 Howdy, buckaroos, and welcome to our Monday news round-up. For the time being, this is going to be your one-stop weekly bonanza for Philly restaurant news as the city (and the region) limps back into something resembling normalcy. And this week, we’re starting off with a brand new restaurant long in the making.

Dinner at the Jiffy Lube

We’re still trying to sort through the mess of delays, deferrals and outright ghostings that make up the current roster of summer Philly restaurant openings. But one we’re 100% absolutely, totally (mostly) sure of is La Chinesca. After more than two years of delays (the first possible opening date was listed as spring 2019), it looks like Michael and Jeniphur Pasquarello’s new Chinese-Mexican operation inspired by the Chinese neighborhood (called La Chinesca) in Mexico’s Northern Baja region will be opening its doors this Friday, June 18th. 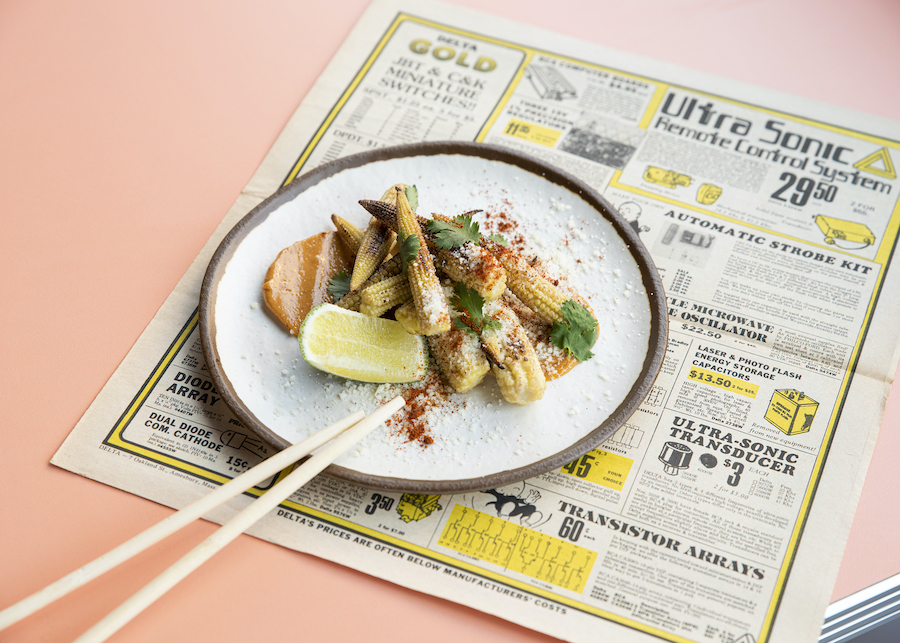 Yes, it is opening in a former Jiffy Lube shop on the property of Union Transfer. Yes, it’s the one with the Biggie Smalls mural on the side (which they’re keeping). The kitchen will be led by Nicholas Bazik (13th Street Kitchens’s culinary director who recently revamped the Kensington Quarters menu) and exec chef David Goody (a former culinary director at the CookNSolo empire). The team took a trip to Mexicali last year (pre-pandemic, of course), and they’ve built a menu inspired by their travels. It’s going to be a killer mash-up of bunuelos, dog fish tacos, fried rice with avocado, dry-spiced wings, chicharrones, and fresh tortillas (made with Doylestown’s Castle Valley Mill flour), and we’re pretty excited to see how it all turns out. 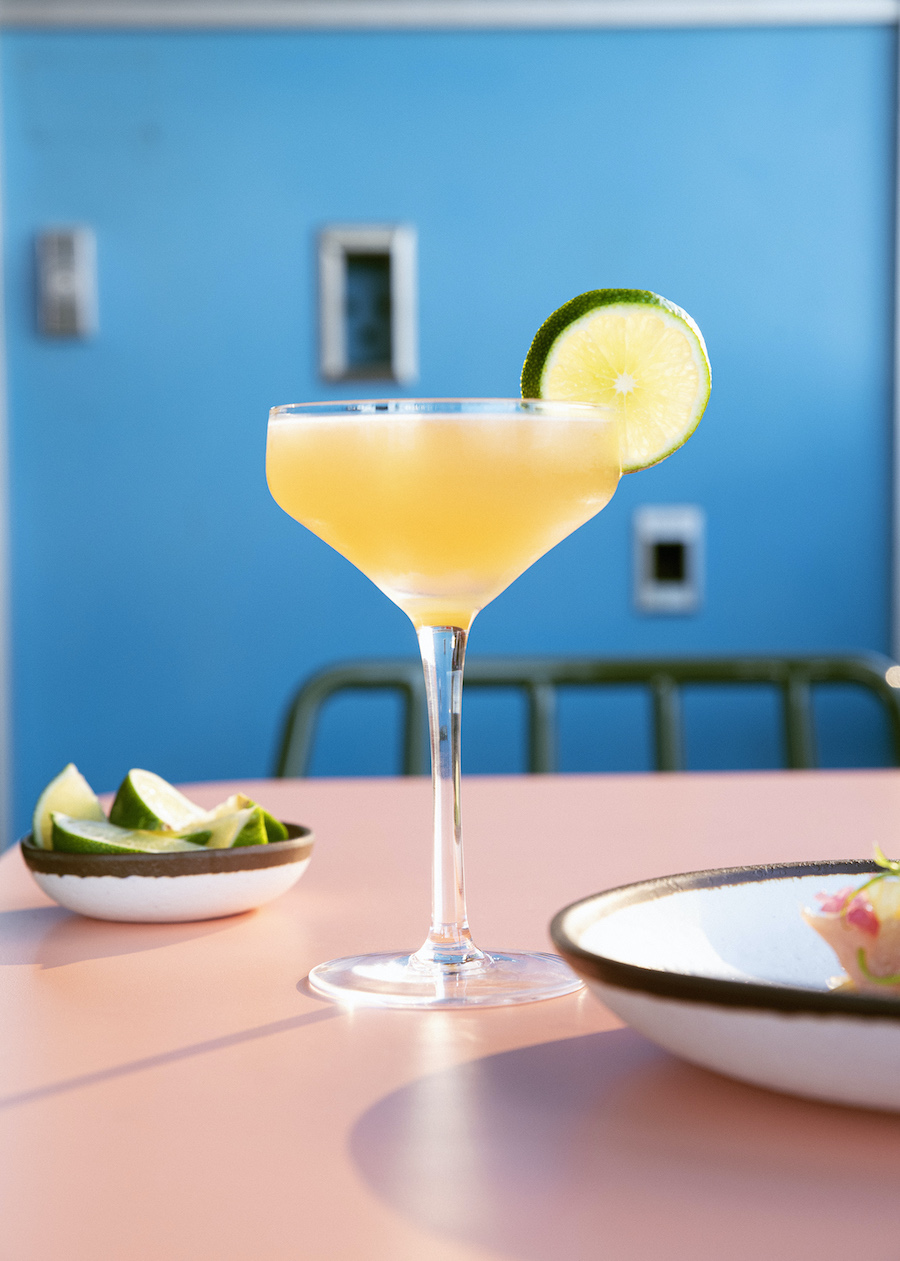 Sweet as a Georgia peach

Here’s a strange early summer thing to get psyched about: The Peach Truck (which I’m assured is An Actual Thing) is coming to the region on June 19th and 20th. What’s the Peach Truck, you ask? Well, it’s a big ol’ truck full of peaches.

I know. Kinda on the nose, right?

Anyway, the Peach Truck is a huge deal for a certain segment of the population who get inordinately excited about getting fresh Georgia peaches in places that are not Georgia. The company, based in Nashville, gets fresh peaches (and pecans) from local farms, loads it into trucks, and rushes it to far-flung destination like the KOP Mall, Exton Square, the Oxford Valley Mall in Langhorne, and Cherry Hill. If you’re super into peaches, you can get 50 pounds of them, plus 20 pounds of fresh pecans, for $100. Or, if you’re slightly less excitable, $45 will get you a 25-pound case of peaches all alone. Make your orders in advance from the website linked above, but be quick about it. Orders have to be made a few days in advance and some dates and locations have already sold out.

No, seriously. Did you see the picture of the veggie hoagie they were serving at the Philadelphia Flower Show? For about a minute last week, it was all anyone could talk about: the soggy roll, the heaping mound of frozen, crinkle-cut, steam table vegetables, the $15 price tag. It was a horror show.

Bad as that hoagie looked, it wasn’t the only thing that went wrong at FDR Park during the opening week of the first-ever outdoor PHS Flower Show. Dayna Evans over at Eater Philly devoted several hundred words to all the troubles plaguing the event (which included, but were not limited to, long lines, $4 water, poor communication, ticketing issues, a heat wave and terrible food service that went far beyond what, historically speaking, appeared to be the worst veggie hoagie ever). A couple days later, Evans devoted several hundred more to the fixes that the Philadelphia Horticultural Society and Spectra (the event’s vendor organizer) were attempting to put in place. Taken together, they were like a nearly real-time lesson in crisis management.

But honestly? Not even Gritty in a flower crown is going to knock the image of that vegan nightmare hoagie out of people’s heads. And don’t even get me started on the $15 price tag.

Got any tips on anything else going on in the neighborhood? Hit me up at jsheehan@phillymag.com. See y’all again this time next week.