Philly Is Now Home to the Smallest Commercial Distillery in America

Strivers’ Row Distillery, the city's first Latino-owned distillery, is making Dominican “Papa Juan,” corn whiskey, and one day, bourbon, out of two eight-gallon tanks in a 200-square-foot space in Kensington. 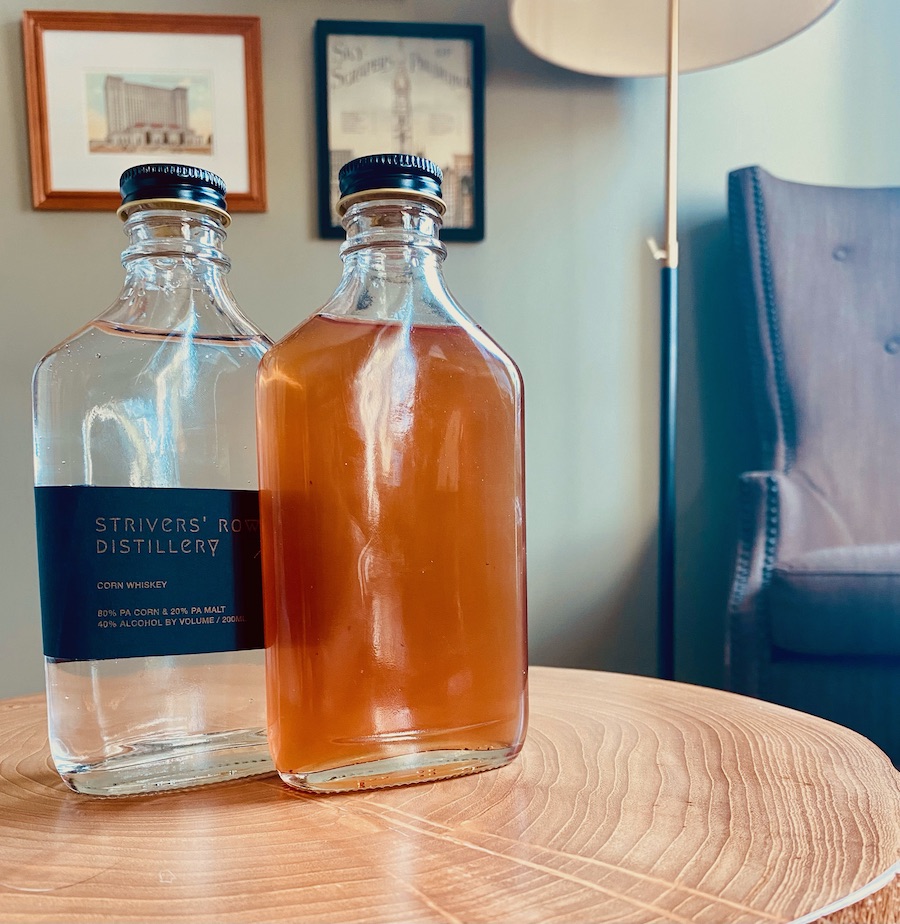 Back in 2009, two guys named David Haskell and Colin Spoelman launched Kings County Distillery, a tiny whiskey-making operation in East Williamsburg. It was Brooklyn’s first distillery — the first since Prohibition — and it subsisted, initially, on five 24-liter tanks that filled their 325 square-foot space. In them, they carefully, meticulously made the spirits of their choosing. At maximum capacity, they could produce “48 pocket flasks’ worth of whiskey each day.” It took only two years for the operation to outgrow the space. So they moved into a space in Brooklyn’s Navy Yard with copper whiskey stills imported from Scotland. They expanded their line of spirits, and then, four years later, they expanded their footprint with an indoor/outdoor tasting room/coffee shop/retail outlet.

This is precisely the path Francisco Garcia sees himself taking with his new distillery, Striver’s Row. Except he’s starting even smaller: On April 5th, he officially launched his new business — the first Latino-owned distillery in the city — with two small stills and a tiny, tiny room in the Loom, an artist studio and makerspace in Kensington. 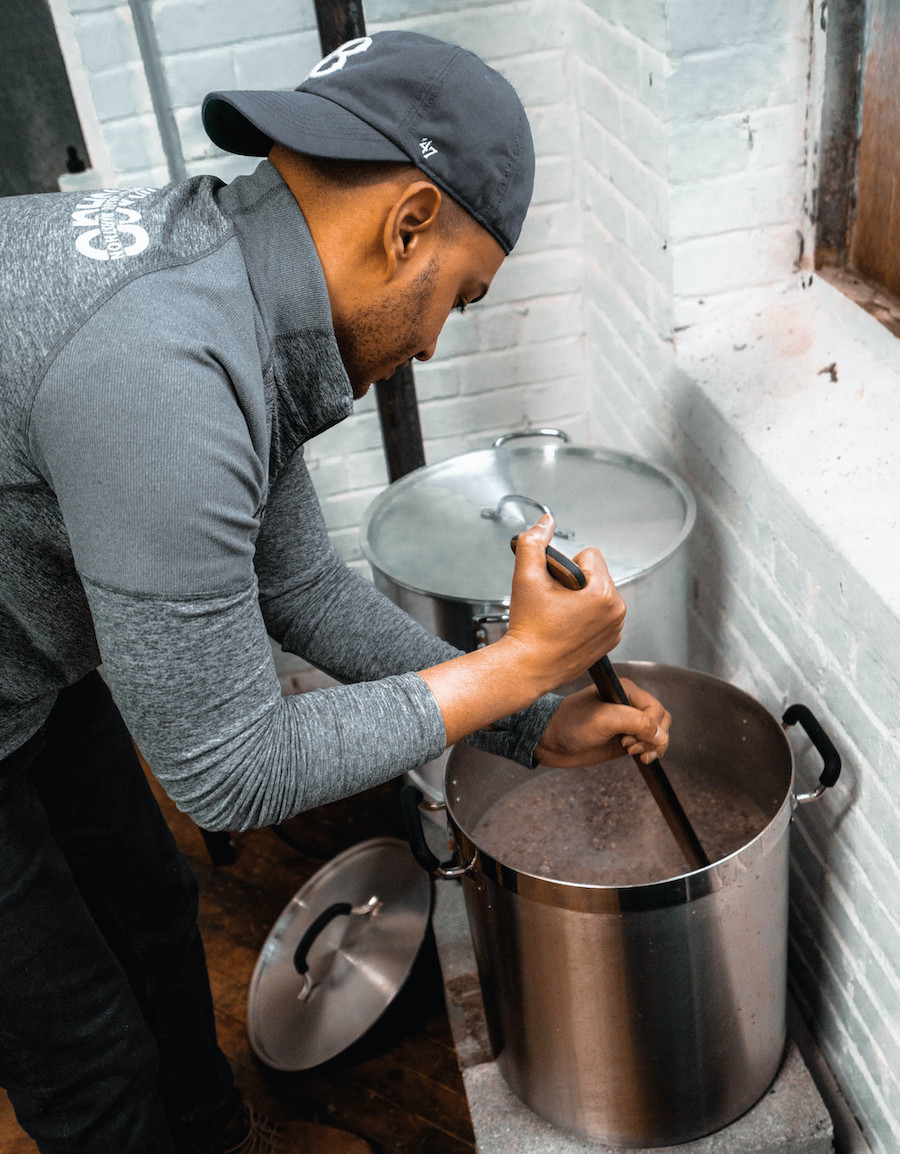 Garcia moved to Philly from New York City in 2014, when his wife got into Temple’s med school. But before that, he says he grew up in the food industry. When he was a child, he and his parents immigrated to Brooklyn from the Dominican Republic, and in Brooklyn, they opened a grocery store and restaurant. He eventually ended up working in finance (in addition to owning, briefly, a small ice cream parlor in Bushwick), but all the while he was gaining interest in a booming New York spirits scene that took the city over after a change in the state liquor laws that spurred the creation of its many micro-distilleries.

His finance job had him commuting between here and NYC, but he committed to Philly full-time when he entered Penn’s grad school. His master’s degree got him a job at the Philadelphia Commerce Department, where he says he was inspired by the city’s small business owners and entrepreneurs. And when the time came, he worked for the Biden campaign, during which he read Kings County’s Guide to Urban Distilling — the book that inspired him to pursue his dreams. “I’ve done the tours, I’ve seen the massive facilities. I assumed the only way to do this was by building a giant distillery with hundreds of thousands of dollars,” he says.

Turns out, you don’t need much. Just a couple of stills (two eight gallon tanks), 200 square feet of space, and a license to sell. He got all three, and a name: Strivers’ Row, after New York’s St. Nicholas Historic District, a neighborhood that was home to Black American professionals in the early 20th century — “strivers” — who bought a series of row homes built for and ignored by white upper-middle class when Harlem went through its period of white flight. He lived near Strivers’ Row when he lived in New York, and as an immigrant born to a family of immigrants, he says the name and history resonated with him.

Later this month, on April 29th, he plans to sell two products: an unaged corn whiskey (while the rest of the corn whiskey ages in barrels — essentially the process that turns moonshine into bourbon) and something called Papa Juan — a take on the Dominican Republic’s iconic mamajuana (traditionally a rum drink infused with native barks and spices), made with infused single malt whiskey and a touch of honey. “One of the benefits I have is smaller barrels,” he says. “Smaller barrels mean a shorter aging time, because it’s all about the spirit’s exposure to wood. A bigger operation with 50-gallon barrels would take much longer.”

But in the distilling game, the smaller the operation, the bigger the risk. Philly’s distilling scene boomed over the last decade, and fast-expansion and big investment played a big role in its success. Starting this small, to say the least, isn’t easy. But he’s hopeful: “I’m doing this with my savings. I’ve worked in finance, I know how to build a business, and I expect to grow quickly,” he says. “In two years, I’ll have to move out of my space and invest a couple hundred thousands for a full facility.”

But for now, he says, he plans to sell out of his Papa Juan every week. Because he believes in the product, of course, but also because for this to work, he has to.