With Fudena, Ruth Nakaar is betting that Ghanaian jollof rice and Caribbean curried goat can, one day, be as ubiquitous as kale caesar salads and conveyor belt pizza, if given the chance. 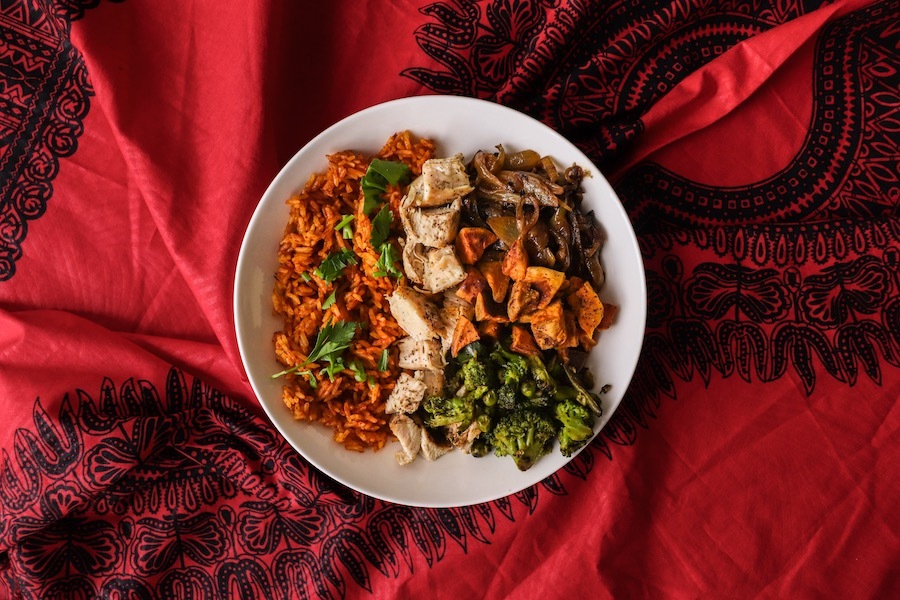 The fast-casualization of the restaurant world over the last decade led to a lot of … homogeneity on Philly’s restaurant scene. So many copy cats. So many places to eat assembly line salad, to order a rice bowl off a computer screen, to watch your pizza roll by on a conveyor belt. Their machine-like efficiency is the most dystopian thing to come out of the 21st century food era.

But there are others that don’t feel so soulless. Stock, Tyler Akin’s Southeast Asian soup/salad/sandwich spot in Rittenhouse; Dizengoff, Michael Solomonov’s Israeli-style hummusiya; El Merkury, Sofia Deleon’s Central American street food and churro shop; Baology, Judy Ni and Andy Tessier’s Taiwanese dumpling palace all come to mind. They, as restaurant concepts, as hawkers of culture and cuisine, don’t seem to fit the Sweetgreen mold — probably because there’s an actual face, a chef, in the kitchen who really, truly cares about the product. Who’s willing to bet against a mainstream American palate that’s so easily captivated by Kale Caesar salads. 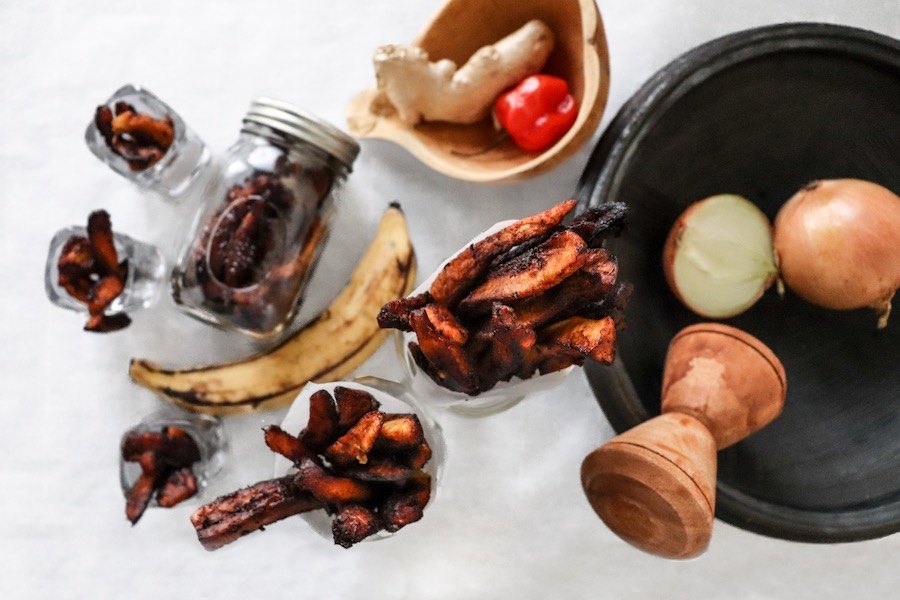 Jollof rice is, as Jiji Majiri Ugboma put it for Eater, “a piquant seasoned rice dish that’s a medley of rice, tomatoes, and spices. It is eaten generally as a main dish in most West African countries and is also a staple at parties and family gatherings.” Jollof is party food. Special occasion food. Between Nigerians and Ghanians, jollof rice is war (playfully, of course). At Fudena, jollof is the base for big, hearty bowls that come topped with fried tilapia, or shrimp, or curried goat (“The goat is more of a Caribbean thing,” says Nakaar, “but I wanted to incorporate more of the Black diaspora.”) and seasonal vegetables grown on Philly community gardens.

Like so many immigrants and first-generation Americans, Nakaar’s rediscovery of her cuisine happened when she left home. “I studied abroad in Japan. And I love Japanese food, probably as much as West African food, but I got homesick for Ghanian food. There’s a small West African community in Tokyo, and I was so happy when I found it. I’d send pictures of the food to my mom.”

She says that the homesickness stuck with her even when she moved to D.C. upon graduation. “The D.C area has a big African community and African restaurants, but all of them are full-service and — not to hate on them — very long wait times. I just wanted to go to an African restaurant as easily as I would Cava or Sweetgreen or &Pizza.” 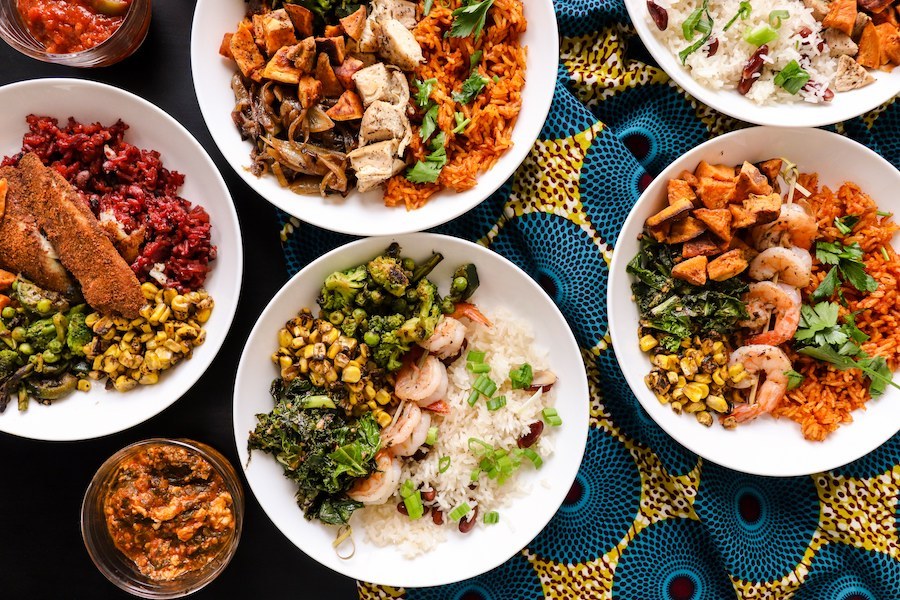 But fast-casualizing certain foods comes with a fair bit of responsibility — especially when it comes to a cuisine so competitive with itself that it’s developed its own hashtag. And building a successful business model around a cuisine that, in Philly, rarely ever leaves the West African communities in West and Southwest Philly is a tall order. It’s a constant struggle, says Nakaar, between potentially bastardizing culinary traditions to appeal to a larger audience (giving her business some vitality), and staying true to the flavors and customs that inspired her in the first place.

She wouldn’t tout Fudena’s menu as an authentic version of West African cuisine. “If you wanted that, you could go to Kilimanjaro Restaurant [in West Philly]. This is a way to try a new cuisine in a low-pressure environment.” 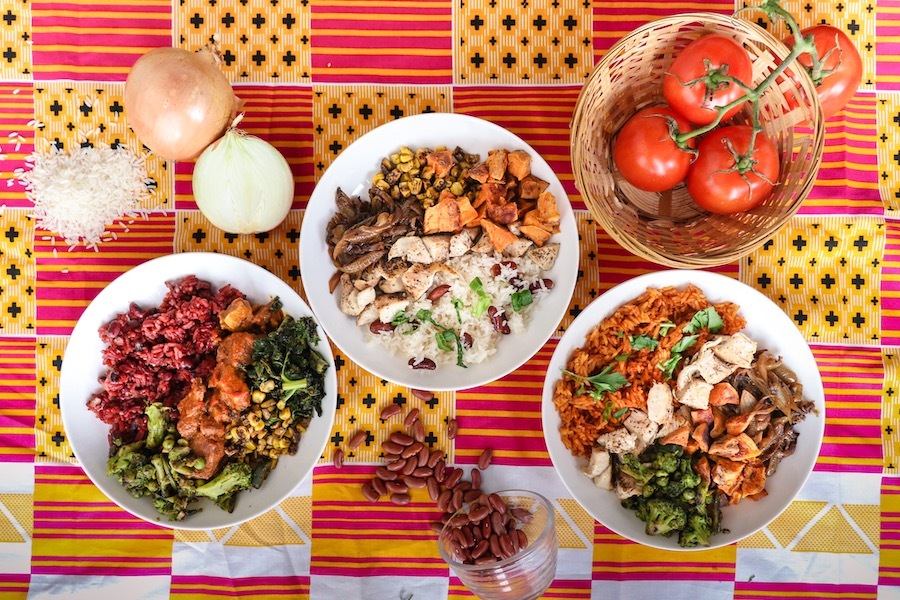 The “environment,” in this case, is your own home. Fudena is delivery-only — and it’s only really meant to ever be delivery-only, even if Nakaar expands into her own brick-and-mortar space (she’s currently sub-leasing a restaurant kitchen in South Philly). “By the end of the year, I hope to be in my own space. But with this pandemic, nobody’s rushing to eat inside. Lots of restaurants struggle with real estate. A delivery-only model can exist anywhere, and, ultimately, I want to be in cities across the U.S., bringing African cuisine to people. The plan is to focus on urban areas on the East and West Coast and to get integrated into their local community — sourcing ingredients from farms, with a focus on Black-owned farms, specifically.” (She’s currently sourcing her produce from Urban Creators in North Philly.)

That’s the long game. Right now, she’s just trying to get the word out about her restaurant, about her culture, about her love of West African cooking. In true first-generation-American-opening-a-fast-casual-restaurant fashion, she’s currently toying around with the idea of doing a Popeye’s-style mashed potato gravy bowl, but instead of potatoes, it’s fufu, and instead of gravy, it’s tuo zaafi (a jute leaf stew). But Popeye’s serves its mashed potatoes with a spoon, and “fufu should only be eaten with your hands.”

“It’s such an inner-battle,” she says. “If I put that on the menu and African Twitter or Instagram gets a hold of it, they’re going to hound me. It’s like eating pizza with a fork and knife. Maybe when we’re more established, we’ll be able to take risks like that.”

Fudena is currently open one day a week: Sundays, and it’s pick-up only from 2025 Washington Avenue, Philadelphia, PA 19146. Place your order here.