Martha Is Eliminating Tipping. What Does That Mean?

The Kensington bar is eliminating tipping in favor of a service charge that allows them to offer health insurance and other benefits to employees. 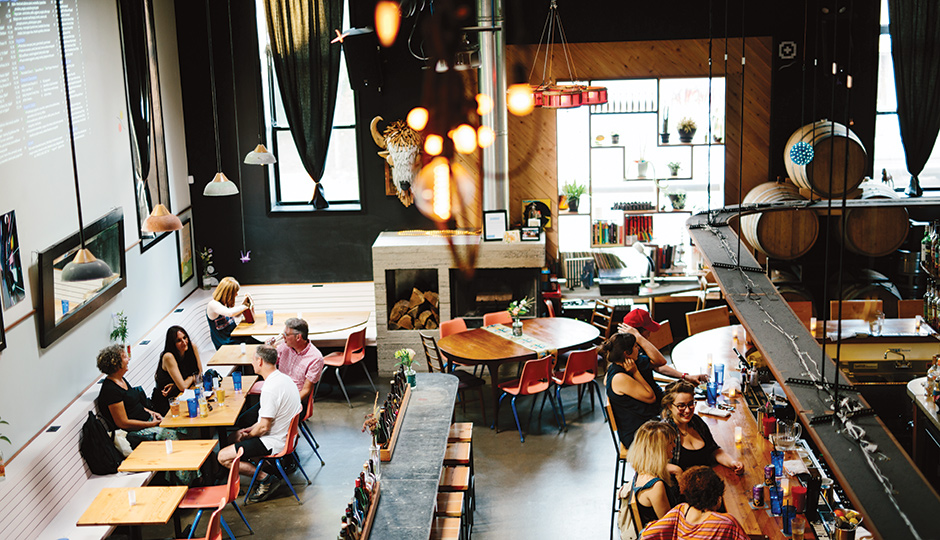 On Monday, June 15th, Martha reopened in Kensington for outdoor dining, offering high-quality food and drinks made from locally sourced ingredients, just like before the pandemic shut them down. The only difference? Instead of a line for a tip on your check, each bill will automatically include a 20 percent service fee. The change allows for the expansion of healthcare coverage for employees, as well as a more equal distribution of pay between front and back of house employees.

“Everyone who works at Martha is a professional,” said co-owner Jon Medlinsky. “They’re all experienced and talented and super hard-working and creative people. They’re motivated by making people happy and putting out great product. We wanted to treat them, financially, like professionals, so they can have a realistic life budget and have a stable and consistent income.”

Medlinsky said guest’s reaction to the announcement — which they made via Instagram on Sunday — has been overwhelmingly positive, though there have been questions. Can people still tip if they want to? Will the quality of service decline? Why change to this model? Put simply, the service fee is a way to more equally distribute the money that would have otherwise been tipped.

Under the typical tipping system, front of house employees like servers and bartenders receive tips, while back of house employees are paid an hourly wage. While the hourly wage depends on the restaurant, there’s often a wide gap between income for front and back of house staff. At Martha, many employees work both front of house and back of house jobs, switching between serving and cooking on different nights of the week. The space invites the mingling of these jobs, with many cooks delivering plates to guests. Creating an equal pay scale was part of the motivation for creating the service fee. The fee also helps the restaurant afford the expansion of healthcare to more employees, something Medlinsky says he’s been interested in for a while.

“Part of the reason I wanted to do this now is because during the lockdown, people have been home ordering delivery and takeout and there are often fees associated with that,” Medlinsky said. “At our restaurants, we’re offering a service and I think it’s ok to expect people to pay for that.”

Some guests may be concerned about a declining quality of service without the incentive of a tip, but research shows that the correlation between tip amount and quality of service is tenuous as best. In general, Medlinsky said, he’s found in his years of experience in the industry that most people have a set amount that they’ll always tip, unless the service is very, very bad. In the event of bad service or food, he says, guests will be able to speak with managers to correct any problems.

Medlinsky also noted that the history of tipping is one he’d like to get away from. In the United States, we take tipping for granted as a part of the dining experience, but the practice has a darker history. White Americans brought the practice over from Europe soon after the Civil War, and the etiquette quickly became a way to avoid paying people working in service roles, many of whom were recently freed from slavery. There are still documented racial disparities in the tips received by servers of different races.

“Our guests at Martha are amazing,” Medlinsky said. “We couldn’t do it anywhere, but the people who come to Martha understand and appreciate it, and want this type of respect for the employees. If people think Philly can’t handle it, they’re wrong.”