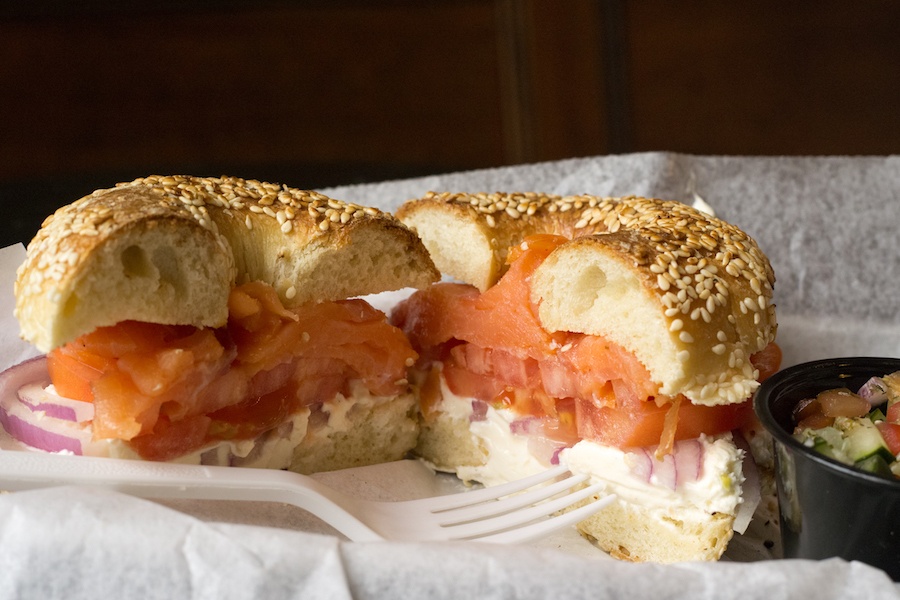 This morning at 7 a.m., Spread Bagelry opened its doors at 443 South Street. This location, which is Spread’s fifth in the city, will serve the Montreal-style bagels for which the chain has become known.

The bagels are simmered in honey water, which imparts a lightly sweet flavor, before baking in a wood-fired oven. Montreal bagels are denser than the New York style, with a slightly crunchier exterior from the wood-fired oven. Fans of the New York style can look forward to the upcoming bagel shop from South Philly’s secret bagel man and can head to Best of Philly 2018 winner Vanilya Bakery in the meantime.

The menu, which is available here, includes breakfast sandwiches served all day, as well as house-made cream cheeses, pizza bagels, coffee, and brisket and pastrami sandwiches. The restaurant will be open daily from 7 a.m. to 3 p.m.

The space, which has some room for guests to eat-in, features a large-scale mural from Philly-based artist Maria Beddia. The Spread team says they plan to bring in new artists each season to showcase their work on the wall.

Spread’s other location are spread across the city, with location in Rittenhouse and University City, plus one inside Workhouse Brewing and another in Bryn Mawr. The next expansion already planned for Center City.