Last year, all Plenty Cafe locations closed, and Hungry Pigeon announced it would be dinner-only during the week. Are morning-to-night restaurants too hard to sustain? 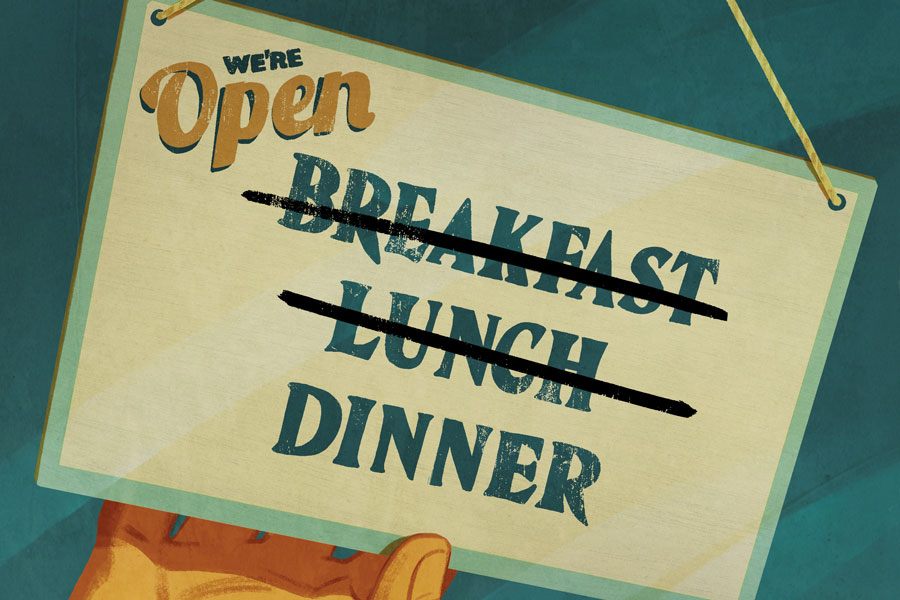 All-day restaurants — places that serve food at all hours of the day — aren’t novel. (Think: 24-hour diners; all the cafes in Paris.) But in the past few years, Philly chefs began to approach the concept with fresh eyes.
We first saw the rebirth here when Parc opened in 2008. In 2013, Ellen Yin and Eli Kulp added their artisan spin with High Street on Market. Anthony and Damon Mascieri had three Plenty Cafe locations by 2016. Many more all-days followed: Hungry Pigeon, Res Ipsa Cafe, Fiore Fine Foods, Bloomsday, K’Far Cafe and Gabi.

But last year, the Mascieris closed all the Plenty Cafes. Then, Scott Schroeder and Pat O’Malley announced that Hungry Pigeon would be dinner-only during the week, ending their ambitious weekday pastry/coffee/lunch service.

Schroeder explained that the way they were doing it — O’Malley’s pastry/bread program that rivaled full-scale bakeries; an insistence that every meal be made to order — didn’t make financial sense. “We were doing $500,000 of business and losing money,” says Schroeder. It was a surprising announcement, because Hungry Pigeon was the paragon of this dining movement — it set the bar high for all subsequent cafes. So all of this raises the question: Is the chef-driven all-day cafe sustainable?

Res Ipsa Cafe turned three last year. When a broker originally pitched the Walnut Street space to ReAnimator Coffee owners Mark Corpus and Mark Capriotti, they knew they couldn’t pay the rent with just a coffee shop, so they brought in Stock’s chef/owner, Tyler Akin. Akin started out with cheffy breakfast sandwiches and house-made viennoiserie, smart lunches and, at dinner, elevated Italian. But something had to give. They eventually abandoned the pastry program altogether.

This year, we’ll see how all those new cafes fare — how their owners square high ambition with a casual all-things-to-all-people concept.

Corpus and Capriotti may have figured out a better balance: In a few months, they’ll open Eeva, an all-day concept in Kensington. There will be pizza and wine at night, but the day menu will be mostly grab-and-go, not made to order. And wouldn’t you know it: O’Malley is planning to open his own bakery. Hungry Pigeon will be its first wholesale account, freeing up some much-needed space and allowing the restaurant’s all-dayness to return, eventually, to its former glory — albeit tweaked a bit for its own survival.

Published as “All-Day Okay” in the February 2020 issue of Philadelphia magazine.